With Historicon 2015 just 8 weeks away, the Prussian Painting Production has kicked into high gear! I already had 8 of the 11 original Line Infantry regiments of post 1808 Prussian Line (discounting the Foot guards, who were later moved out of the numbered sequence, causing considerable confusion with regiments 9,10, 11, and 12 which dropped by one number afterwards) 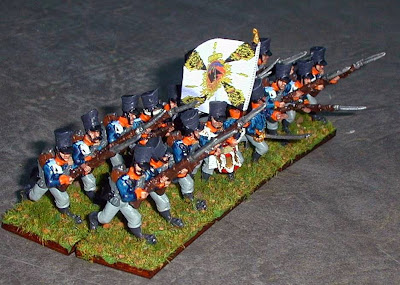 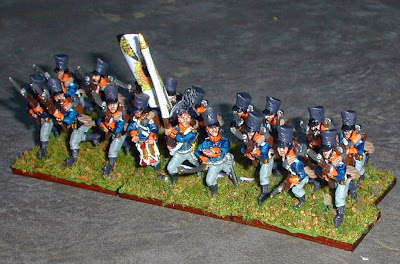 In this full strength, six stand, 18 figure regiment, 2 of the stands are painted with the black leather equipment of the Fusilier battalion. As a Prussian Line regiment of this time period had 2 Musketeer and 1 Fusilier battalion, this proportion works out just right! 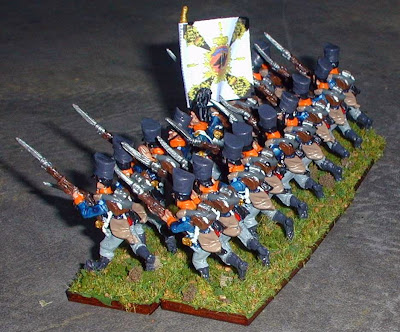 The flag is from Napflag (warflag). Light blue shoulder straps as it is the 4th Regiment of the province. 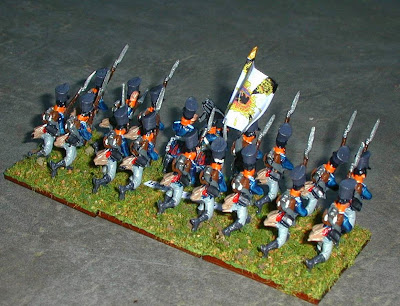 For their facings, which appeared on the collars and cuffs, sometimes described as "brick red' or orange, I used Delta Ceramcoat Pumpkin Orange. painted  over a base coat of CC Calypso Orange. 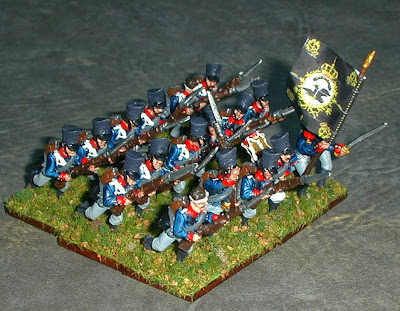 The next new addition is IR#8 Leib, also sometimes later referred to as the 1st Brandenburg (Erstes Brandenburgisches).regiment. 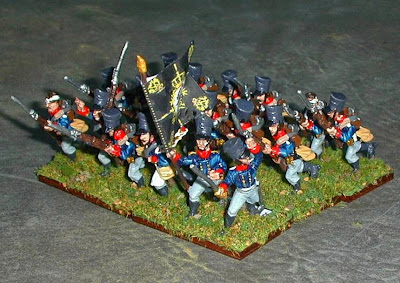 Its facings color is variously described as "Poppy red" or Scarlet. White shoulder straps for the 1st regiment of the Province. I used CC Fire Red (2 coats) to get a strong, un-dulled red color over the base coat of Prussian Blue. 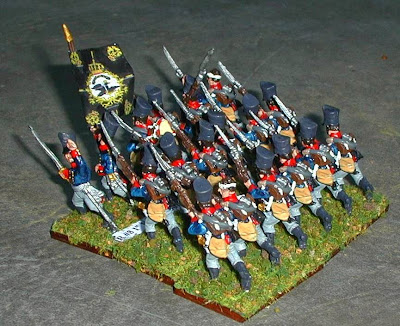 Flag is once again a free download from Napflag, enhanced with some black paint. 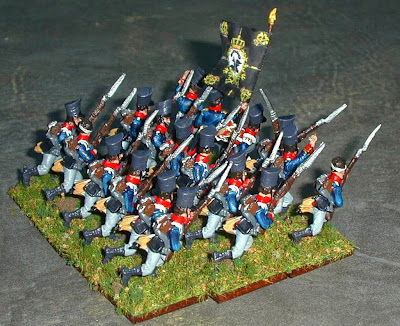 Old Glory calls this mix of poses "attacking"; they are quite energetic, with a few "Hey Steve!" hand gestures seen. 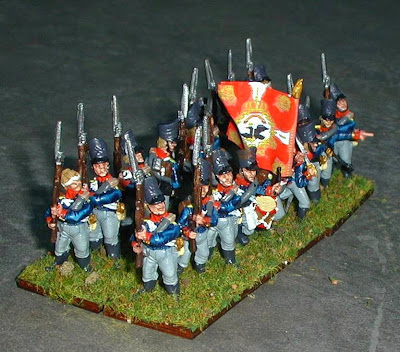 IR #4 3rd West Prussian (Drittes WestPreussiches). Old Glory calls this mix of poses "Receiving". I am not sure if that's in the sense of "For what we are about to receive...", but whatever! 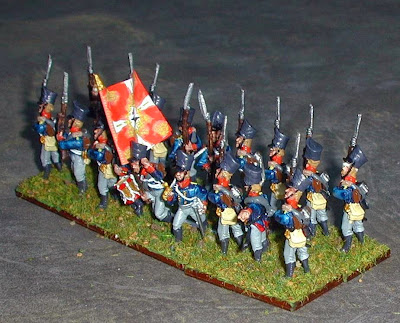 Another warflag download is carried, enhanced once again by some paint. 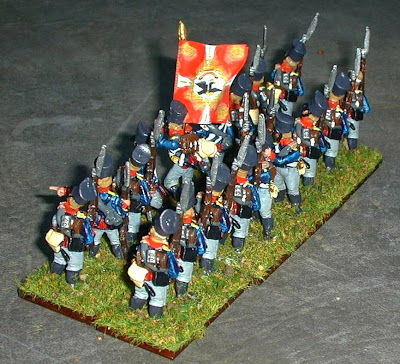 "Look... over there. It's Blucher!"  The good Feldwebel is doubtless referring to the new rules by Sam Mustafa, of course! Yellow shoulder straps for the 3rd regiment of the Province. 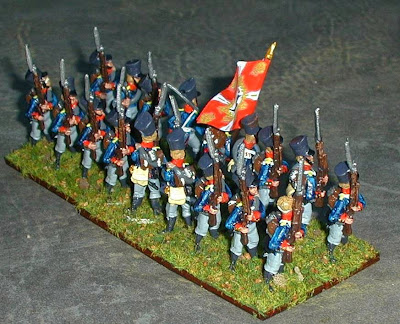 For this unit, I used CC Poppy Orange, which has a strong tilt to the red side (contrast with the 4th West Prussian's facings above). It appears that during the Napoleonic era, "Orange" usually referred to this rather more red hue than the more yellowish shade we would generally expect today.


A little inspirational music for the new recruits, if you please, Maestro!
The Hohenfriedburger Marsch, alleged by some to have actually been composed by Friedrich der Grosse himself (unlikely). It commemorates his victory over the Austrians in 1745.