One last unit to march off the painting table for 2016, although there are a few others nearing completion. Here is the second of the two units of Austrian Jäger, This one just finished a few days ago. As the most senior, 1st battalion, they are perhaps the Meister Jägers! 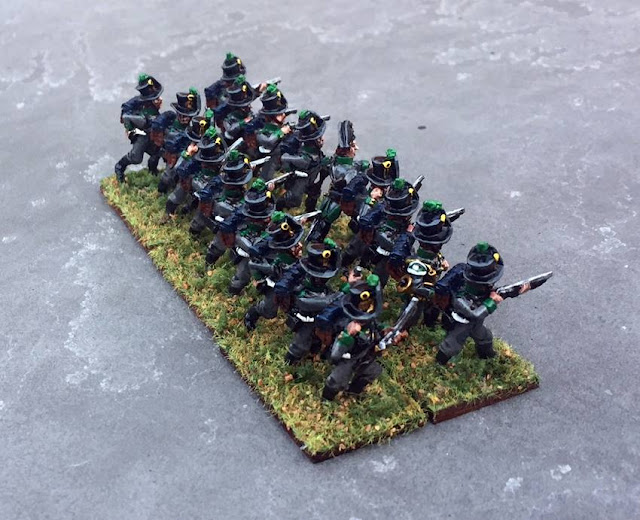 When the Light Infantry battalions were disbanded in 1801, they were replaced by a regiment of Tyrolean Jägers. It was numbered #64, and designated as the Tiroler Jäger Regiment.The regiment's Inhaber was Marquis Chasteler, who was the military commander of the Tyrol region. When the Tyrol was lost after the debacle of 1805, it was re-designated the Jäger-Regiment Chasteler. 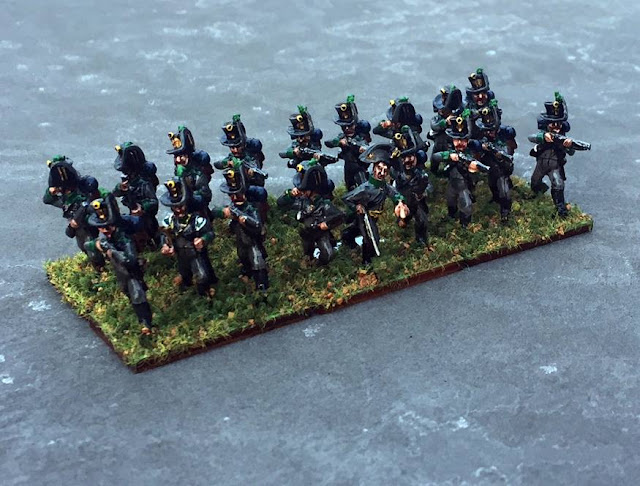 The regiment initially was uniformed similarly to the earlier Light Infantry, wearing grey jackets and pants with green facings (collar cuffs, turnbacks, piping on shoulder straps), a helmet with  a green sausage roll crest, and black leather-work. They were armed at least partially with the 1798 pattern rifle. 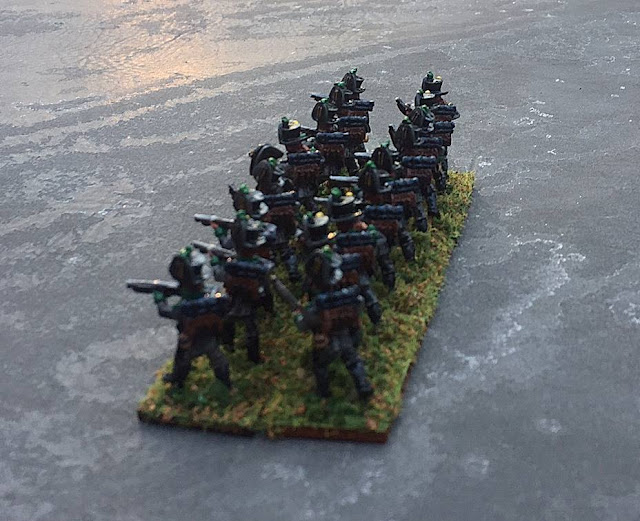 In preparation with the anticipated renewal of hostilities with France, in 1808 the Jägers were reorganized into 9 divisions of 2 companies each, with each division to be expanded into a 6 company battalion when war approached. 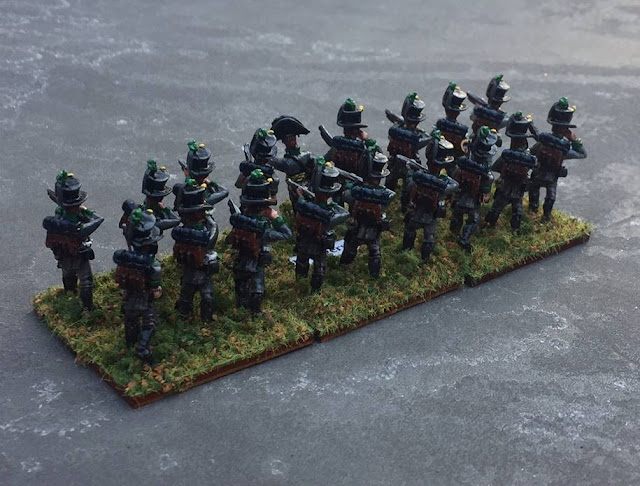 As far as I can tell, it was around 1806 that the familiar  Korsehut ( a round hat with a turned up brim) was adopted. This had a brass plate on the front bearing the battalion number, but evidently not all the hats were so equipped. Like the earlier unit, these are Old Glory figures; there are subtle differences between the previous unit and this one to make it easier to tell them apart -0 the basing, the color of the greatcoat rolls, etc. 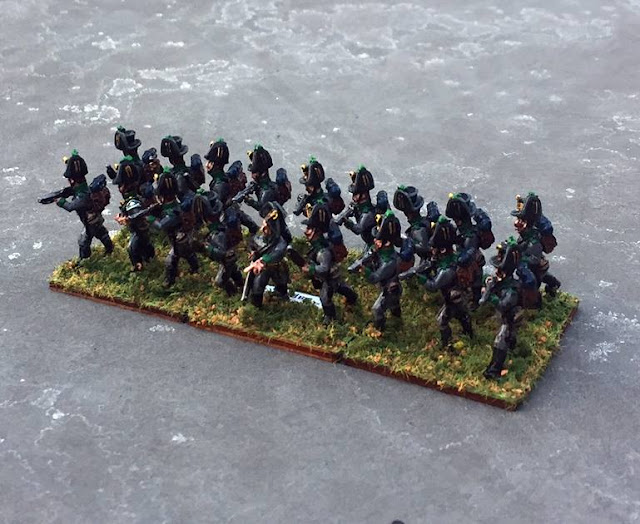 The uniform was again described as Pike Grey, which should probably be lighter and bluer than the shade that I have chosen, with the overcoats being a dark "mixed grey" color. Hornists had green shoulder wings with white edging and central medallions, and black mixed with yellow cords on the horn. Officer wore a cocked hat with a gold loop, which could be trimmed with gold lace as well. Officers were to be clean shaven, but mustaches were obligatory for the men.
Posted by Gonsalvo at 9:34 AM