This year, it is my recently augmented Napoleonic Russian Army which gets to shake out for the annual Christmas Review... 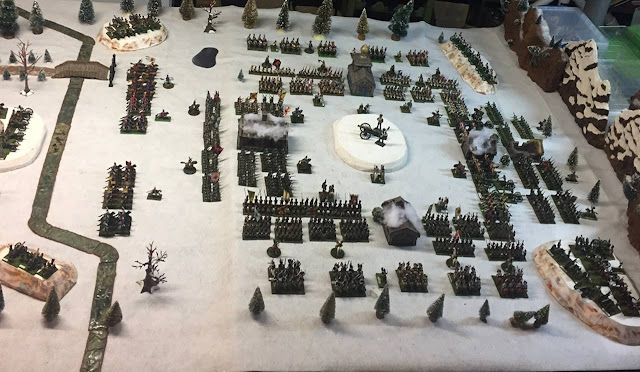 It seems the event centers around the dedication of a monument to the darlings of the Russian Army - the Artillery! 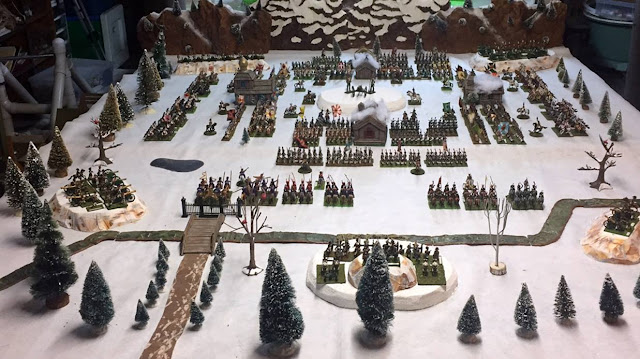 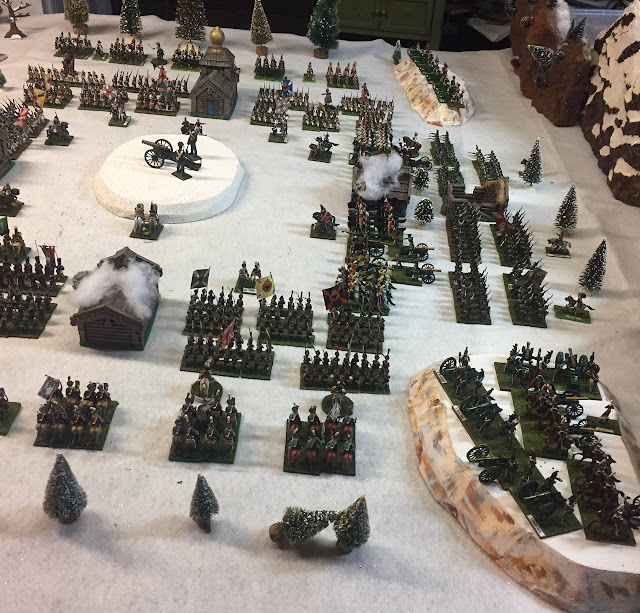 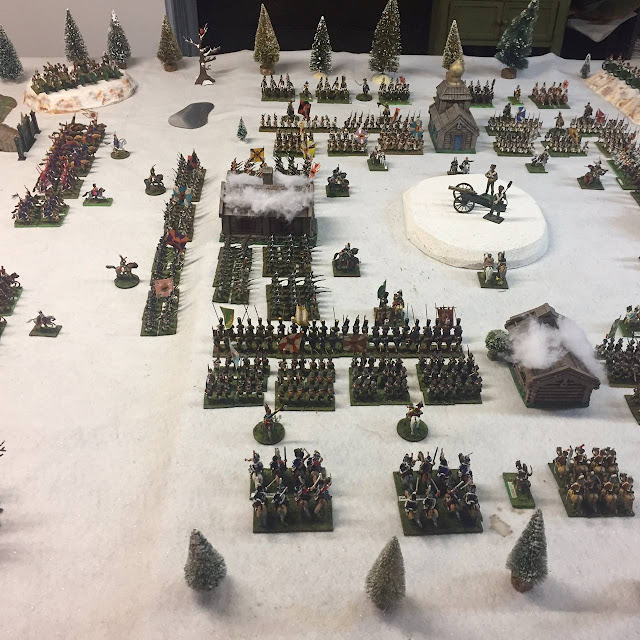 The "monument" is some 54mm figures given to me last year by our good friends, the Hopkins. They "get" my love of history! 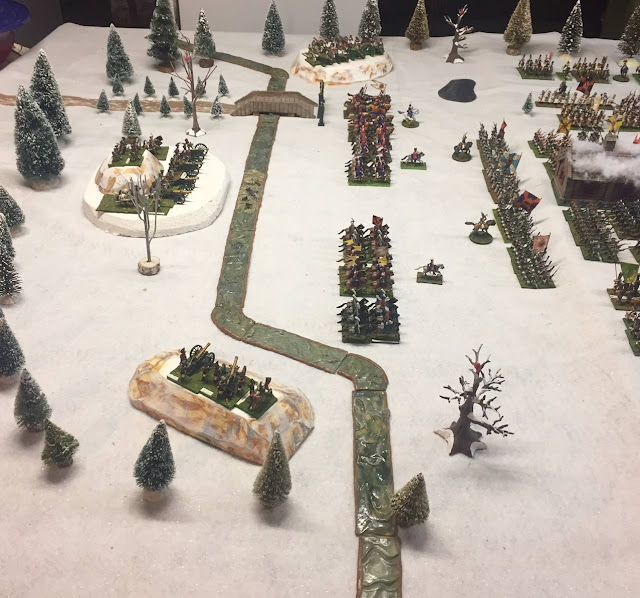 The army, as seen above has 43 Infantry units. 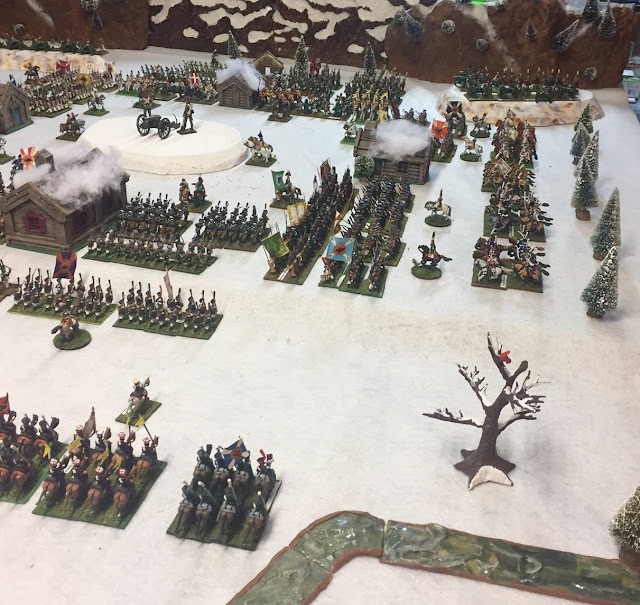 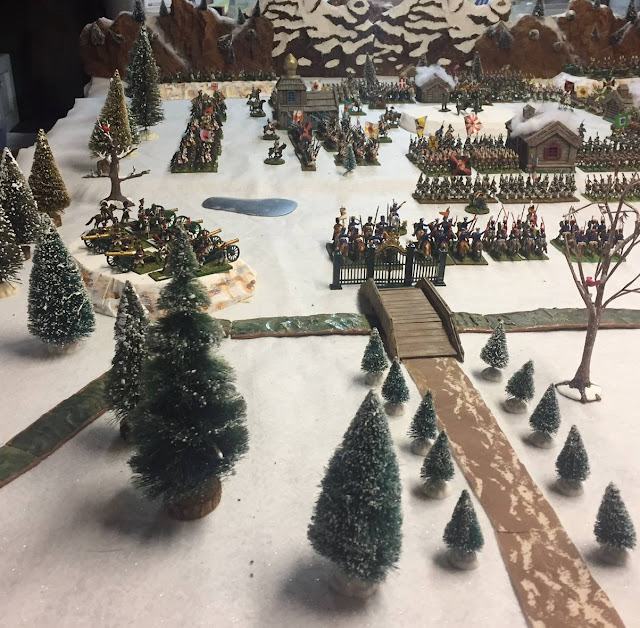 There are 21 cavalry Regiments 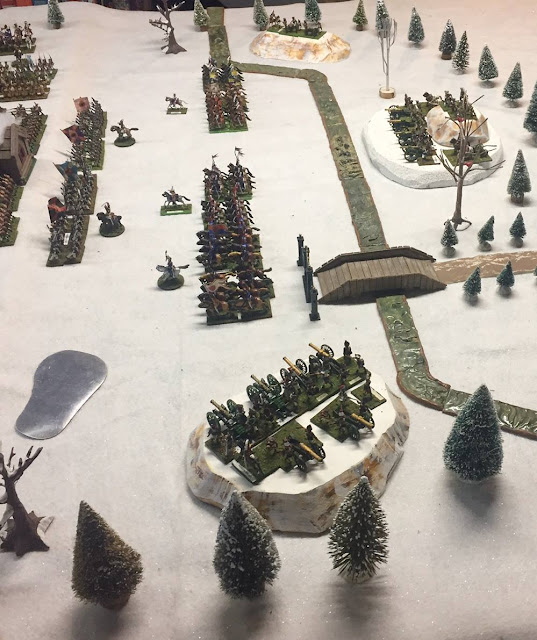 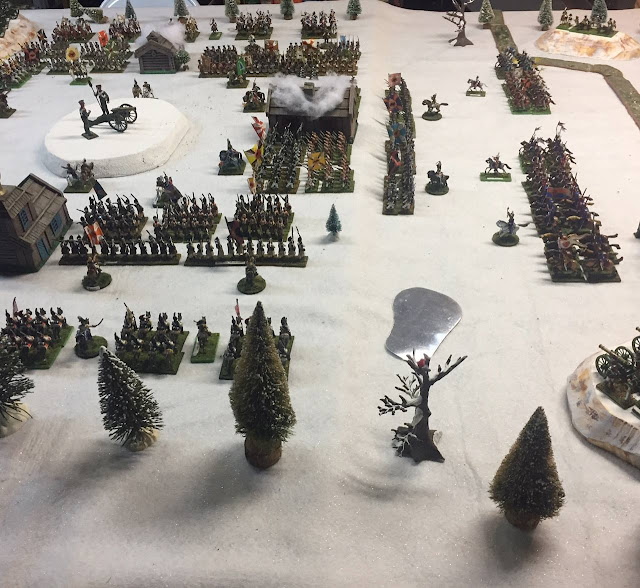 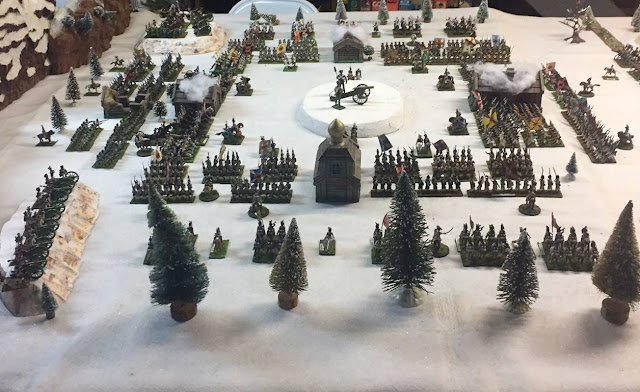 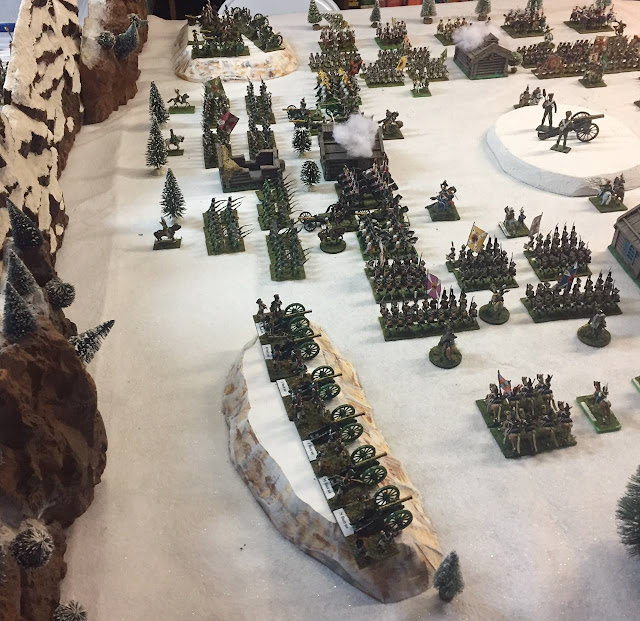 On the Leadership side, there are thirty-four command stands. 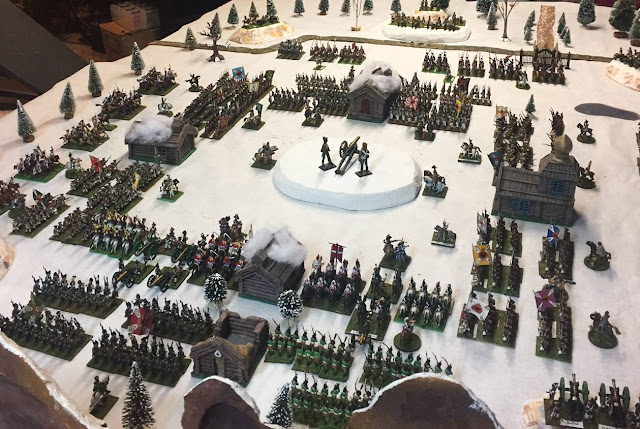 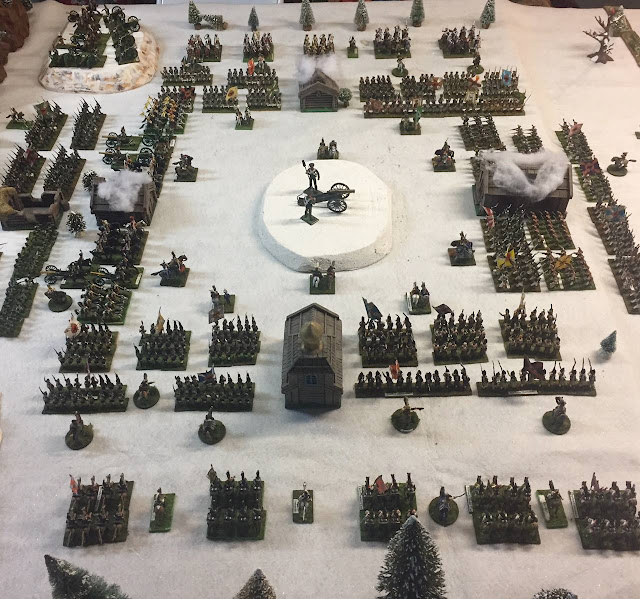 "Russian Christmas Music"- Russian in theme only, but beautiful none the less.

Russian Christmas Music, written by Alfred Reed in 1944. It is one of the most frequently performed pieces of concert band literature. Reed was commissioned to write a piece of "Russian music"  for a concert in Denver, Colorado. The concert's aim was to improve Soviet-American relations; as such, it was to include premieres of new Soviet and American works. Prokofiev's March, Op. 99 was supposed to be the Russian work, but it was discovered that the work had already been performed in the United States, and Reed was assigned to write a new piece a mere sixteen days before the concert. The piece was first performed on December 12, 1944, on nationally-broadcast NBC radio. (From Wikipedia)

Merry Christmas to one and all who celebrate it!

May there be Peace on Earth and Good Will towards all men.
Posted by Gonsalvo at 10:45 AM