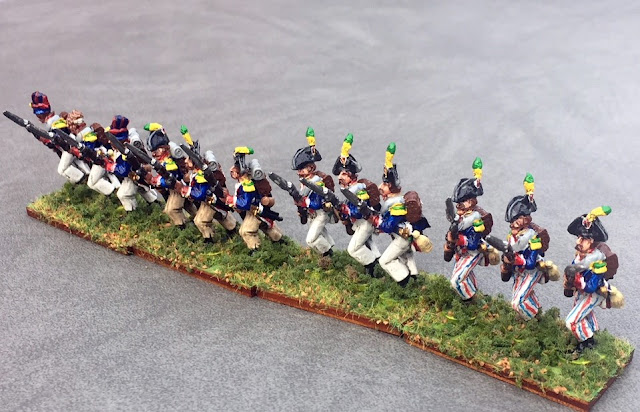 A company of  light infantry Voltigeurs (literally, "vaulters") was added to each battalion of French Line Infantry by Napoleon's decree of September 20, 1804, replacing one of the 8 Fusilier companies, with the 1st company being the Grenadiers, for a total of 9 companies per battalion. The classic French infantry battalion organization of  4 Fusilier companies and one each of Grenadiers and Voltigeurs was not established until February 1808. 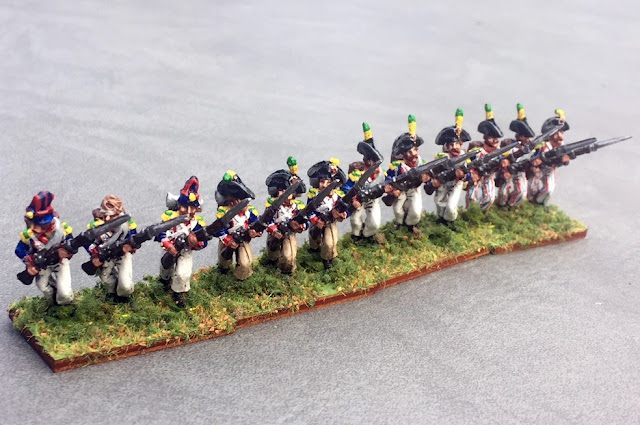 These early Imperial era Voltigeurs wear the bicorne. The plumes and epaulets (the later of which were official only for the Grenadiers) were in yellow, with or without red or green. 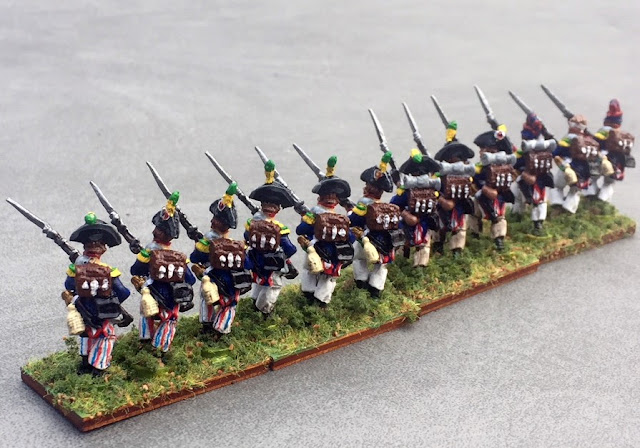 The collars for the Voltigeurs were yellow or buff (chamois), variously trimmed in red, white or dark blue. The colored ink pens once again came in handy for doing the "stripey" trousers of the one company wearing them. 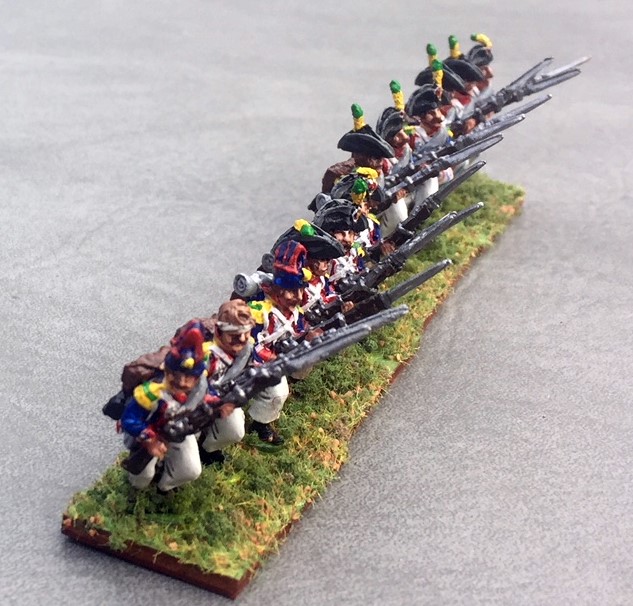 As with the recently posted Grenadiers, these troops will be added to the Fusilier companies painted 2+ years ago to complete their respective units. 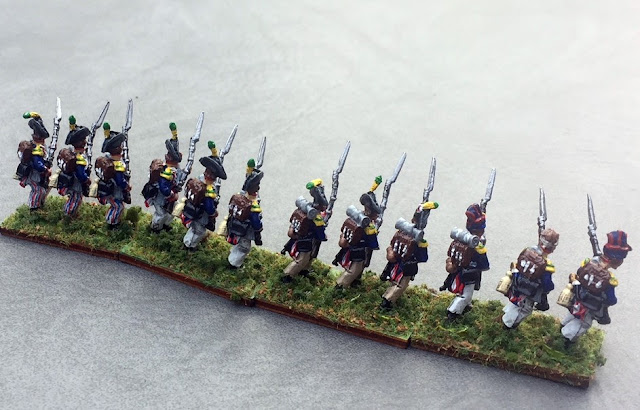 These troops in Campaign Dress carry all sorts of interesting water bottles, flasks, and the like..The pack of  Old Glory "Early Grenadiers in Campaign Dress"contained a mix of figures in bearskins, bicornes, and a few in forage caps.  I used the  figures  wearing bicornes (and forage caps) to make these Voltigeur companies.
Posted by Gonsalvo at 8:02 AM