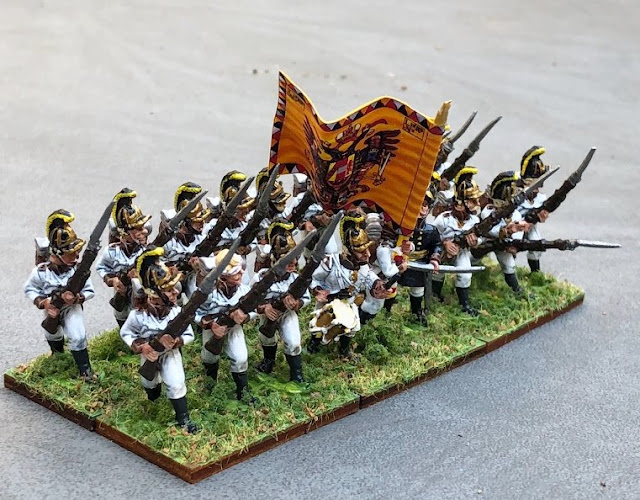 Here's the final of the "Fab Five" Austrian German Line regiments in helmet.  :-) 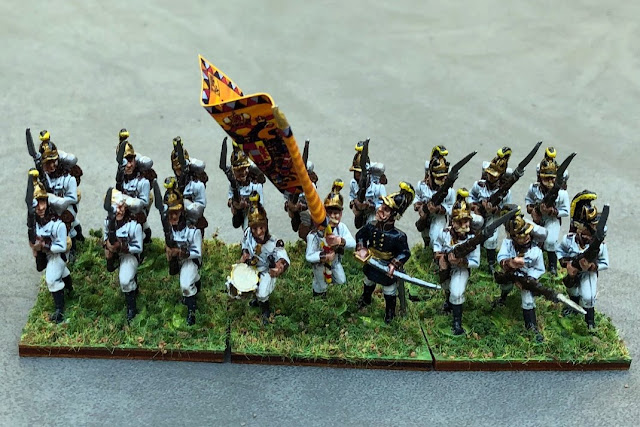 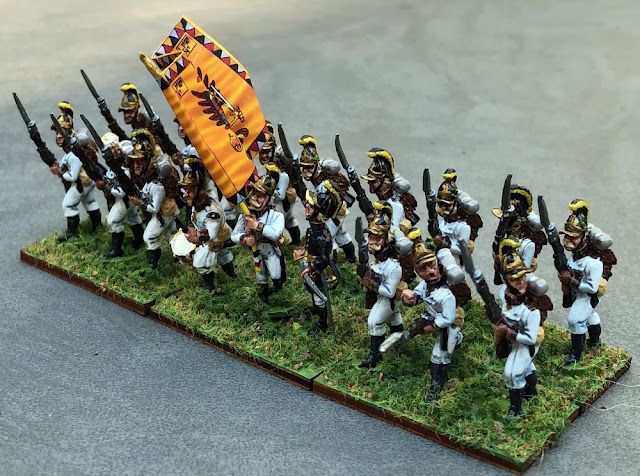 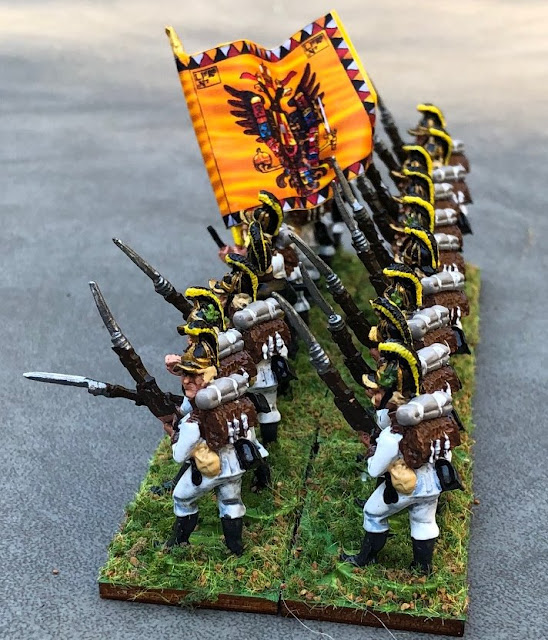 The regiment was recruited in Moravia (Olmutz) and Galicia  (Tarnow and Bochnia). 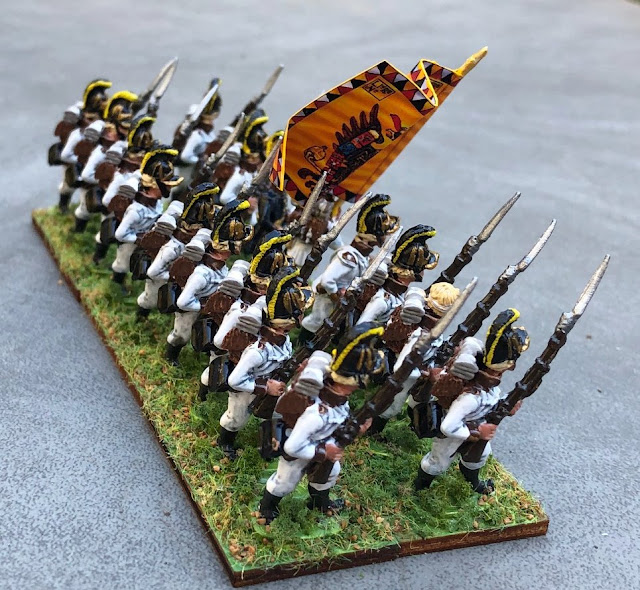 The regiment has rather somber dark brown facings, with brass buttons. 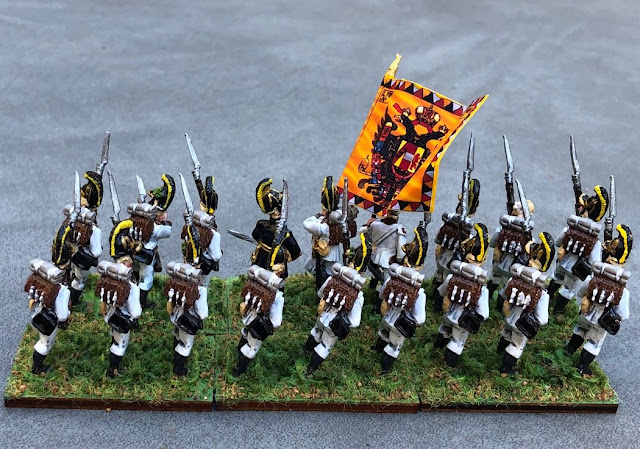 In 1809 it saw extensive combat,  fighting as part of Aloys Lichtenstein's brigade of St. Julien's Division, part of  the III Corps under Hohenzollern. It and was heavily engaged at Teugen-Hausen, where it lost 1/3 of its men, and Prince Lichtenstein was severely wounded. . It fought again at Abensburg, and was in Reserve at Eggmuhl. On the North bank of the Danube, it fought yet again at Linz-Ufahr, and the regiment's Colonel was captured ij the pursuit thereafter. It was reorganizing during Aspern-Essling, but fought yet again, still as part of the III Corps, at Wagram and Znaim.
Posted by Gonsalvo at 9:15 PM