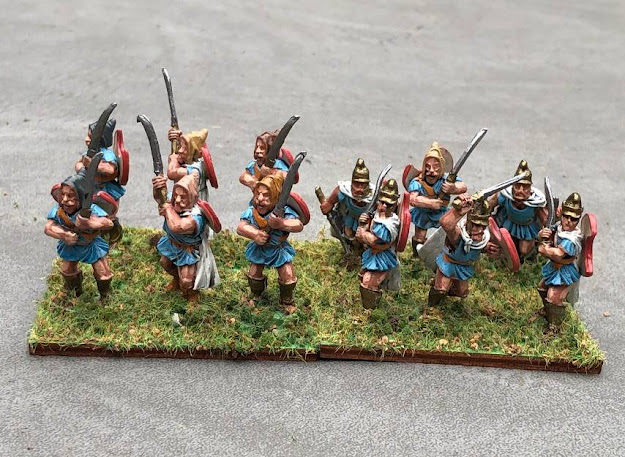 Returning to the Ancient era, next off the production line is this unit of Thracian Peltasts. I see I need to add paint to their beards, though! 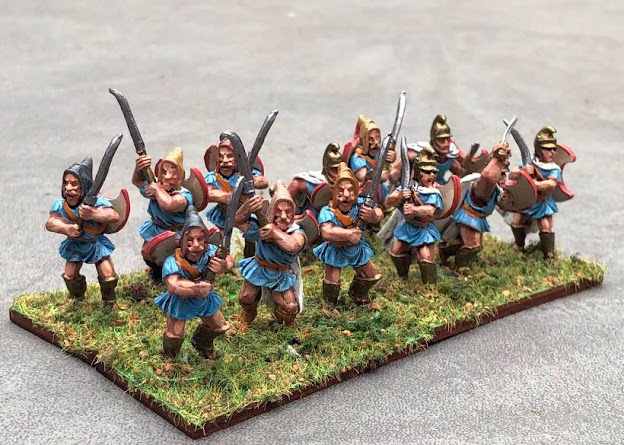 The Thracians were a diverse group of tribes, with traditional dress varying quite a bit from area to area. They were known as fierce fighters, and on foot they fought lightly armed, using mobility to harass and evade the heavily armed hoplites of the Greek city states. 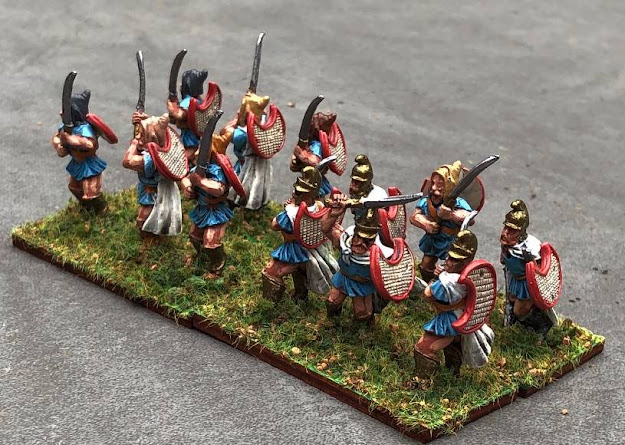 They proved so successful that the Greeks hired them as mercenaries, and also emulated by developing their own Peltasts, the troop type as a whole being the epitome of the old WRG "light Medium Infantry". 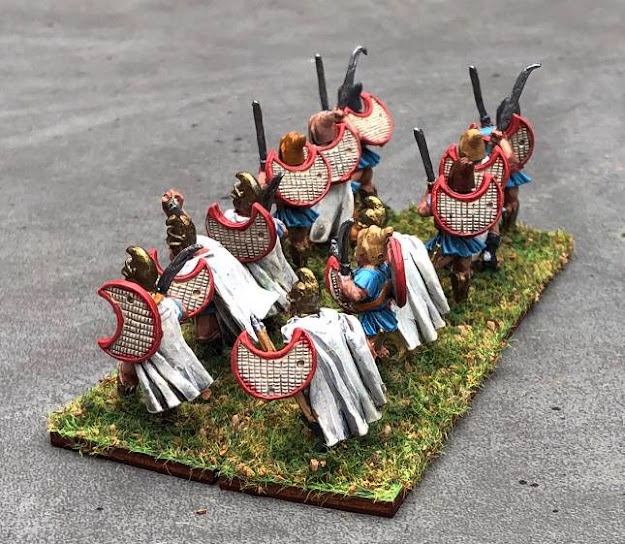 Whether the characteristic crescent shaped shields of these Thracians was made of wicker or not is a subject of debate, but these Old Glory figures have shields with that appearance. 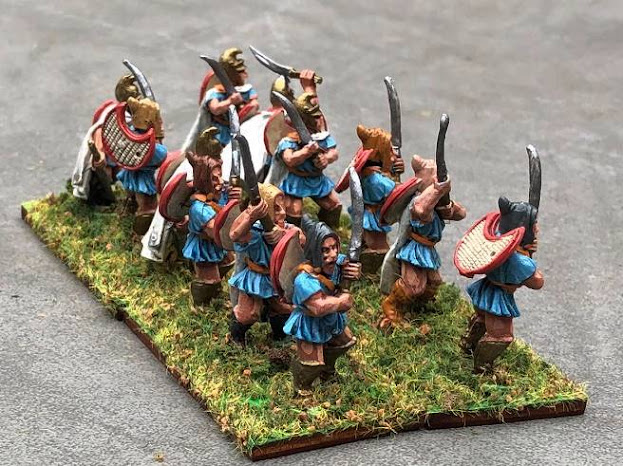 The shields might be painted with animal faces or other decorations, perhaps in part varying by tribe. I was feeling lazy so I went with leaving them relatively plain! 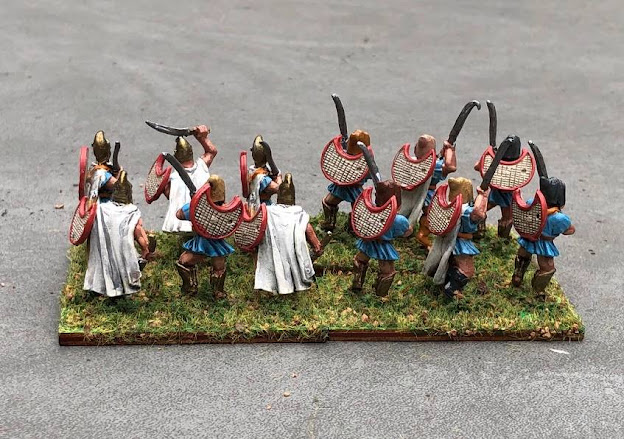 Their cloaks could be adorned with various geometric patters, but once again laziness lead to the lack of same appearing here! 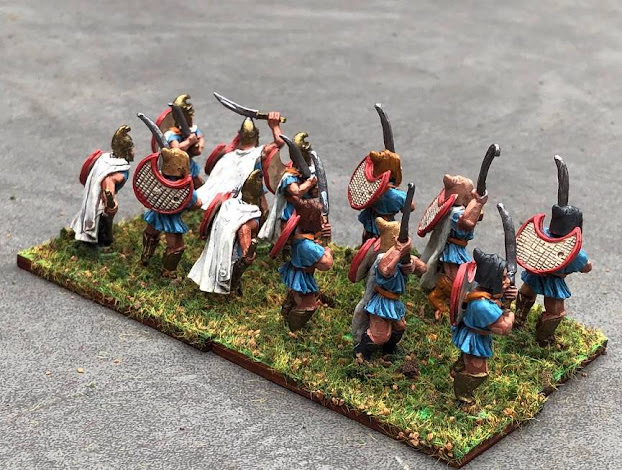 In addition to their Javelins, the Thracians were usually armed also with a long spear, or the fearsome rhomphaia, a somewhat curved single edged long sword, usually wielded 2 handed.
An interesting short video testing two  modern rhomphaias
.
Posted by Gonsalvo at 8:36 AM