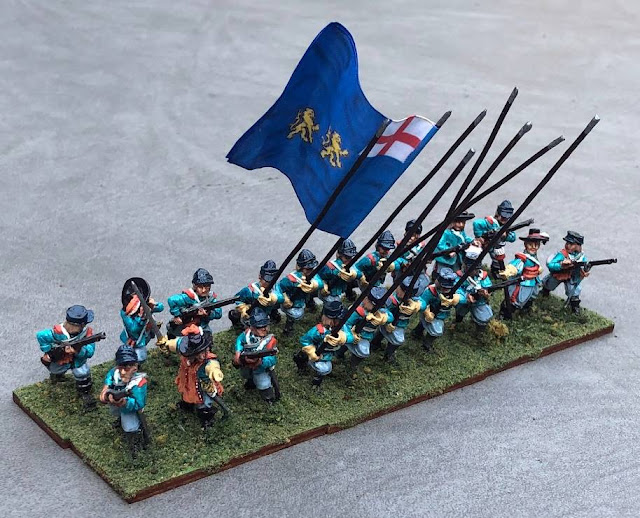 William Fiennes, 1st Viscount Saye-and-Sele, was one of the key opposition leaders during the English Civil War. He was also a staunch Puritan, and involved himself in colonial ventures, including the establishment of a Puritan settlement in Saybrook, in what would become my home state of Connecticut. 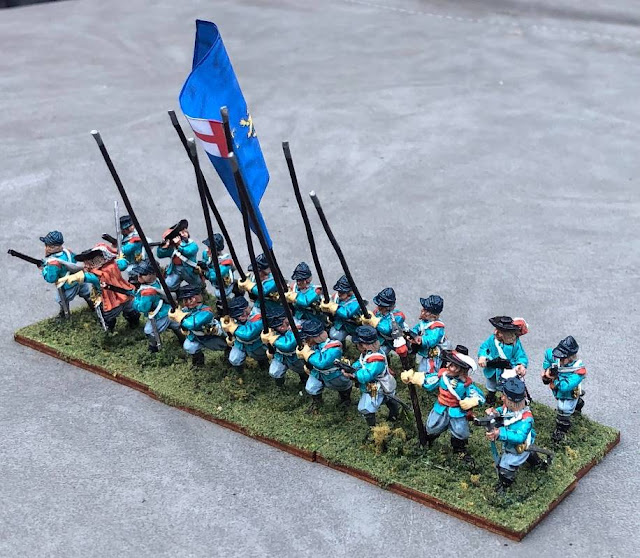 In August of 1642, he was commissioned to raise a regiment of Foote for Parliament; it reached a strength of approximately 600 men, and fought at Edgehill. In the field, it was commanded by Sir John Meldrum. 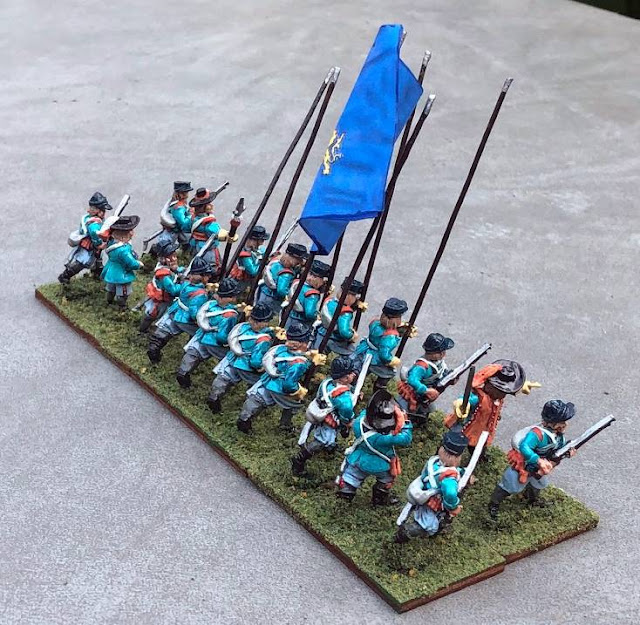 The rest of 1642, as best we know,  was spent besieged at Banbury, then at the standoff at Turnham Green, taking of Marlow, and finally fortifying Wokingham. 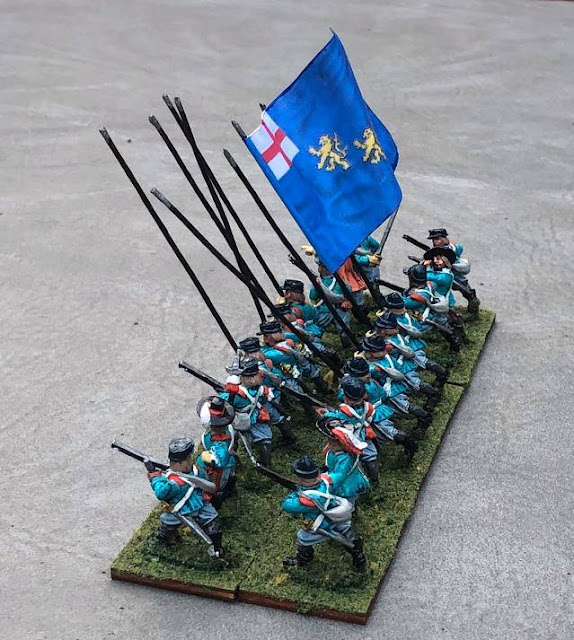 1643  saw the Regiment participate in the First Siege of Newark; it spent most of the rest of the year around Aylesbury: March: Skirmish at Aylesbury, August: in Garrison at Aylesbury, October: Standoff at Aylesbury. In May 1643, command of the regiment passed to Colonel Edward Aldrich. 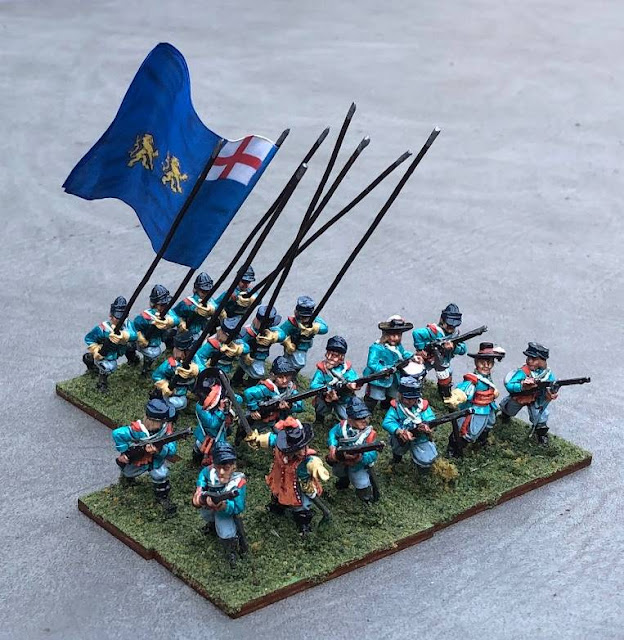 The ECW section of Field of Battle, 3rd edition, uses 2 formations; this is "Shot Forward", and indicates the regiment is deployed optimally for shooting. 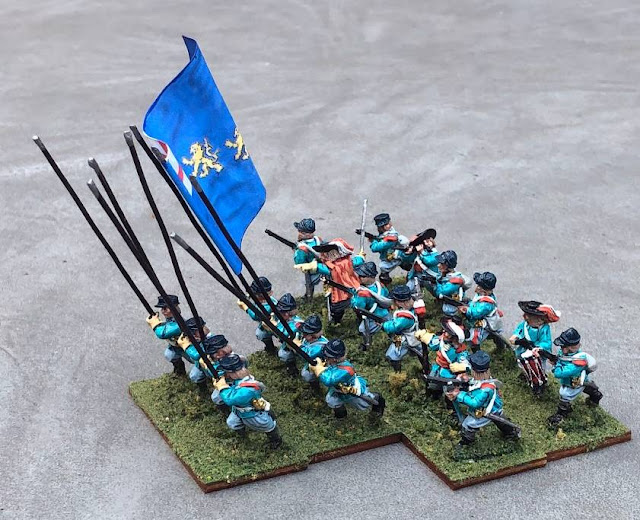 Conversely, this is "Pike Forward", optimally deployed for Melee. 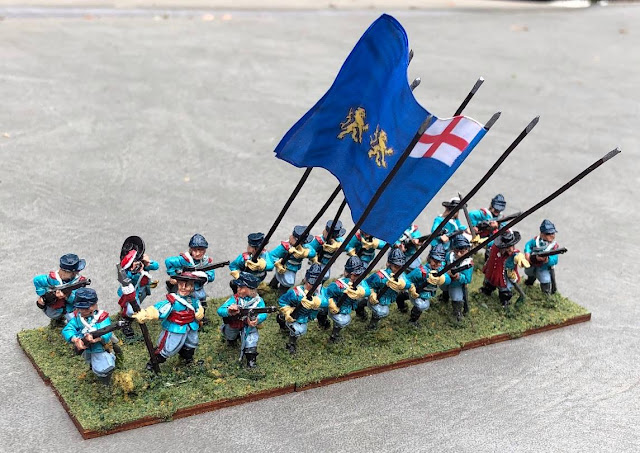 The regiment wore blue coats, and carried blue flags bearing lions rampant as a device. I painted their coats using Delta CC Turquoise, which was then stained with Midnight Blue. The re-enactors of this regiment wear coats similar in coloration  (but plainer) to results seen above. 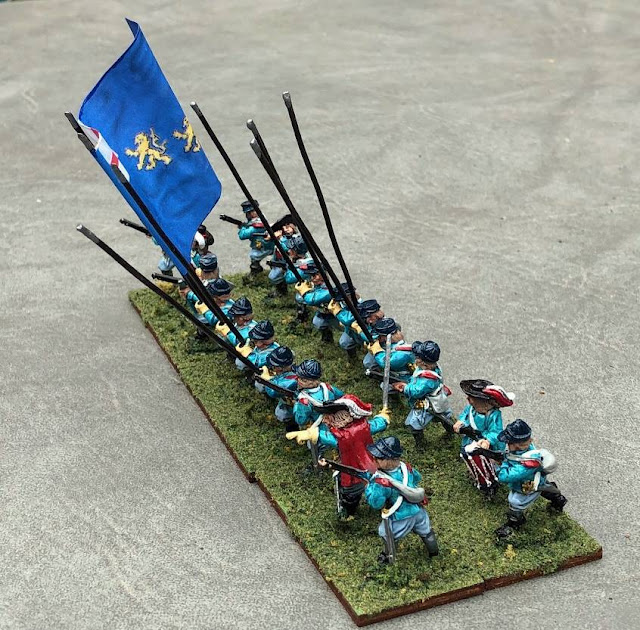 When I painted the regiment, the Lions on the flags made me forget it was a Roundhead outfit, so I used dark red  "Royalist" elements in the accessories, as seen above. If you look st the first set of pictures you'll see I've altered those towards "tawny", by painting/dry brushing over the dark red with Delta CC Poppy Orange. 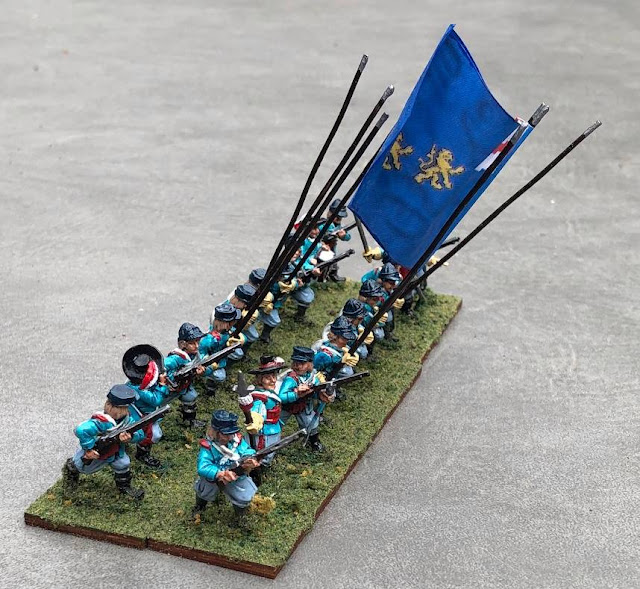 In 1644, tjhere was another  Standoff at Aylesbury, then in February the regiment was repulsed from Hillesden House. It returned to the field army in Maym fighting at the Battle of Lostwithiel in August, and the Second Battle of Newbury in October. Also in 1644 the devices on the flags changed from Lions Rampant to wreaths. 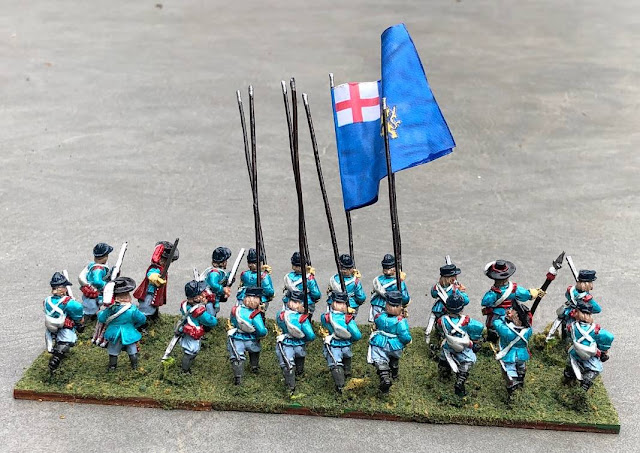 In 1645, the Regiment entered the New Model Army under Colonel Walter Lloyd. 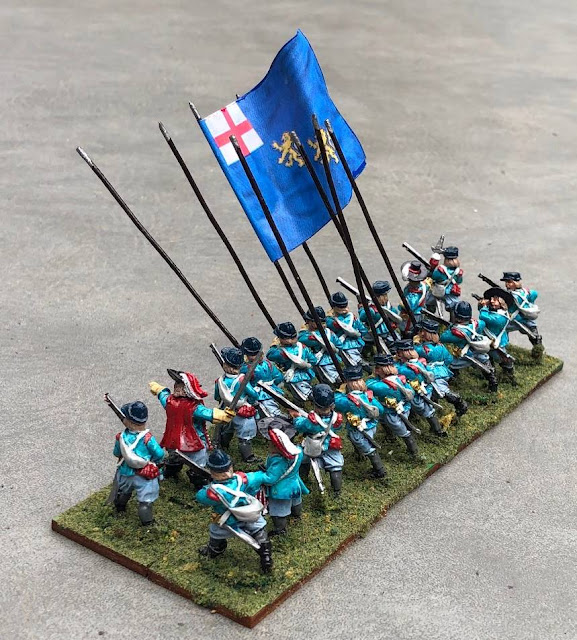 In 1645, actions included the Relief of Taunton (May),  after which it was besieged at Taunton until July; in the process Colonel Lloyd was killed at Taunton,  and William Herbert was promoted to Colonel. July saw the regiment fighting first at the battle of Langport, and then the siege of Bridgewater. From  August to September it was engaged in the  Siege of Bristol, and then the Siege of Berkeley Castle. Much of 1646 was spent besieging Oxford. 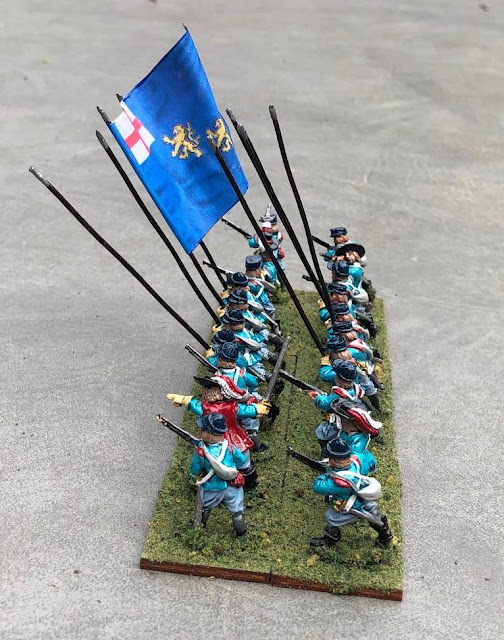 Information about the regiment comes from the BCW project. Figures are Old Glory 25's.

Flag for Lord Say and Sele (2nd Captain)
Posted by Gonsalvo at 9:18 PM