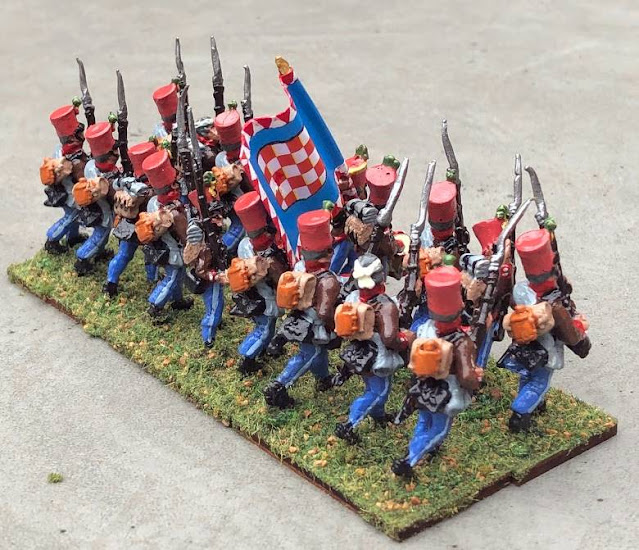 Commenting on one of my very old posts on The Landwehr Collection, it was recently suggested to me that I should consider raising a unit of the Croatian Insurrectio. I didn't think too much of it at the time, but I had yet another of the "300 Austrians" to raise as Grenzer, and with my last unit, I now have 7 of them. Did I really need 8 Grenzer units?  Probably not! 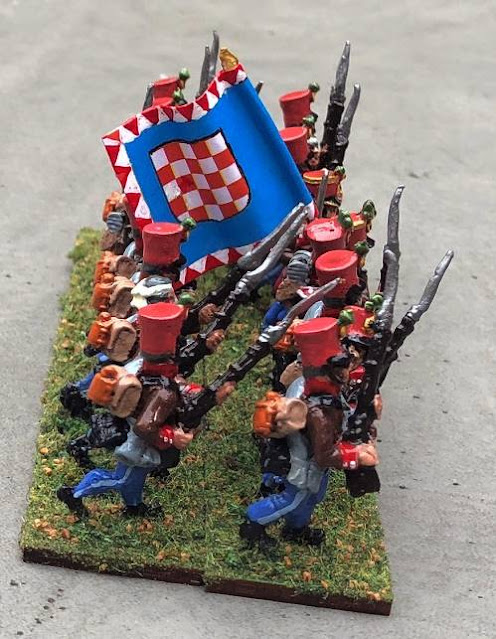 The vaguely described uniform of the Croatian Insurrectio seemed close enough to use the figures for such a unit, as seen above! 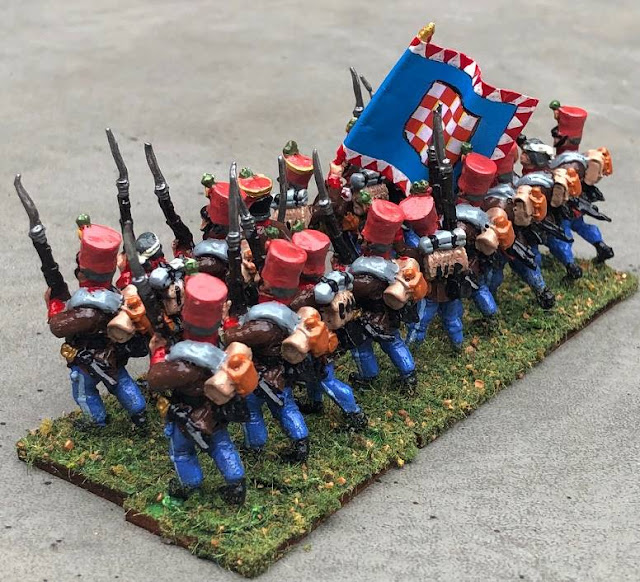 Here's what Dave Hollins has to say on the subject in Osprey Men at Arms 299, "Austrian Auxiliary Troops 1792 - 1816". Ten Croat battalions were mustered. The Personal Insurrection of the Komitates had 1,042men, the Portal Insurrection of the Komitates had 10,000 men, the Littoral (coast) Insurrection 2,,450 troops. Volunteers numbered 29, the Banderial Insurrection totalled1,644 men, plus 5 Slavonian battalions (5,000 men).  Banderial troops wore black shakos with rank rings for NCO's, a brown gunjac (Croatian laced jacket), an infantry style light blue waistcoat with small brass buttons, and Croatian cut light blue trousers with light blue knots. A grey greatcoat and black Hungarian shoes, an infantry saber or handschar dagger, and red or natural leather work completed the uniform, which was otherwise as the Hungarians. The Personal and Portal Insurrection was equipped as the Banderial, with the exception of madder red shakos..." 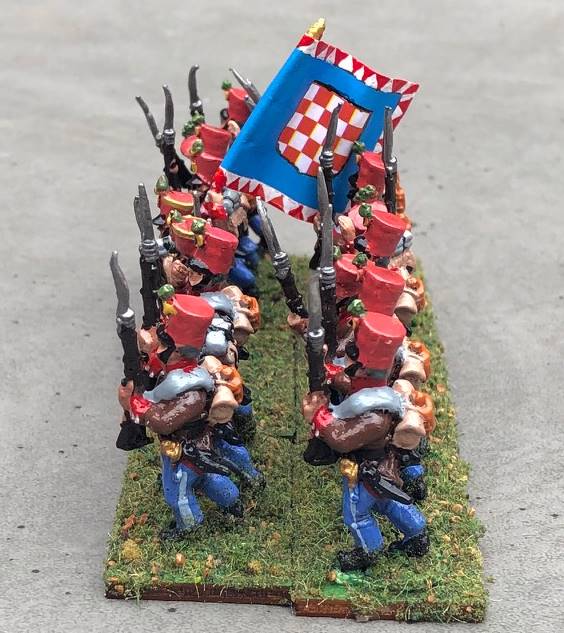 Enrico Acerbi provides a detailed description of the raising of these troops in his book, "the Austrian Army 1805 - 1809, vol. 2), but no uniform information at all. A related article on the Napoleon series gives similar information, with one illustration each of an officer and a soldier of the Croatian insurrection without any further comment or description. 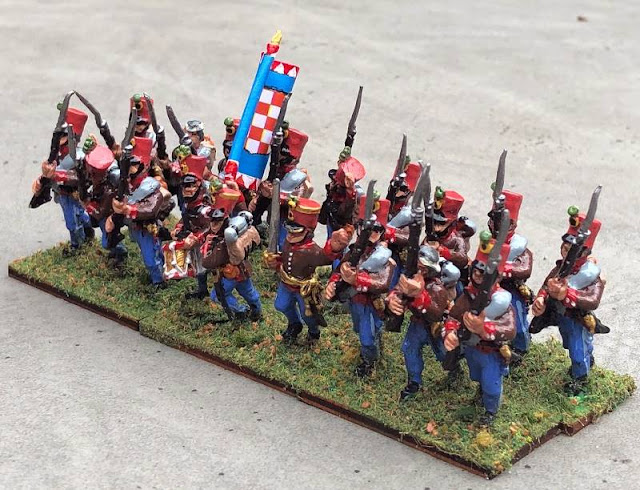 With that limited information at hand, this unit is how I interpreted all of that. Of course, I HAD to have a unit with the madder red shakos, right?! 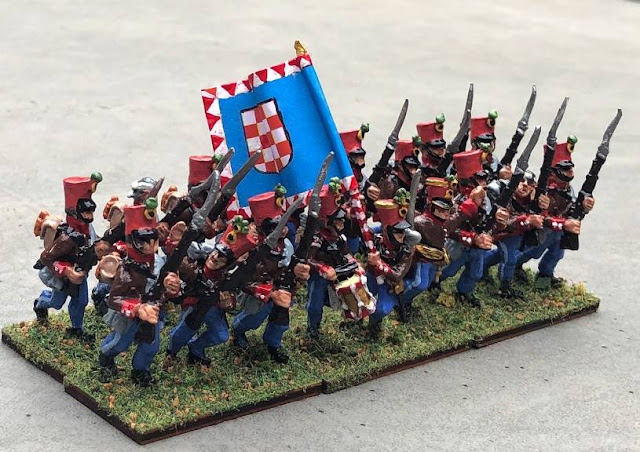 Hollins says of the flags "most were adorned with the provincial emblem on the reverse, and a local or religious emblem on the obverse", and that they were "roughly the same size as the Line flags". Also " A Croatian flag from 1797 is made of damask, and displays the Croat red/white checkerboard as the background; on the reverse are the Warasdin arms and above them the inscription "Vexilum Comitatus Varadinensis, Occaissione Generalis Nobilium Insurrections Contra Gallum Finibis Regni" and below " Et Comitatus Aproximanten Indictae in Ano 1797 Erectum", and on the obverse the Madonna and child.  Obviously, I went with a much simpler generic design for my flag - the red and white "checkerboard" emblem of Croatia on a light blue field, with red/white flames around the border. 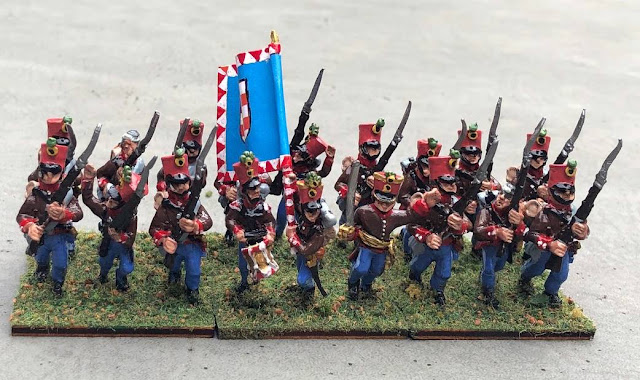 So there you have it - a fairly unique looking unity likely to have even the most dyed in the wool Napoleonic grognard scratching their head and saying, "Who the heck  ARE those guys?!"
Posted by Gonsalvo at 10:38 PM