I have the numbers and identification of all my painted troops, etc., recorded and tallied in detail on the "pages" of this blog. Some are in need of another periodic updating now, usually done every 3 to 6 months. This is of course a clear indication of an obsessive personality trait. :-)

All that is, except one era... my Renaissance troops. The explanation for this is pretty simple. Most troops of this era are fairly generic. That's a plus with regard to collecting and painting them, but a detriment when it comes to counting and documenting them. The recent "Off the Shelf" reorganization of my collection created an opportunity to assign the figures to semi permanent boxes  for the long haul, and in so doing to finally complete their census (now if only they could be taxed to pay for their upkeep and support!).

I decided to lead (in both the pronunciations of the word!)  the process off with the one part of the Renaissance roster that is instead pretty distinctive, namely the Spanish. The bulk of these figures are the wonderful Hinchliffe Spanish, really dressed more for the later, Armada era, but so wonderfully iconic. Many of the sculpts convey such a wonderful, subtle attitude of arrogance suited to the nation of the Conquistadors and the wealth of the "Siglo de Oro". Most of these figures were painted when I was a Resident in Family Medicine, circa 1982 - 1984. The remaining figures are Essex with a very few by Redoubt as well. If nothing else, they will illustrate the process, as well as verifying and updating the current tally.

The Spanish are housed in four 8.1 L Really Useful Boxes; really closer to three, the 4th box simply housing a Camp element. Box #4 might eventually be used strictly for a number of Camp elements of various factions. 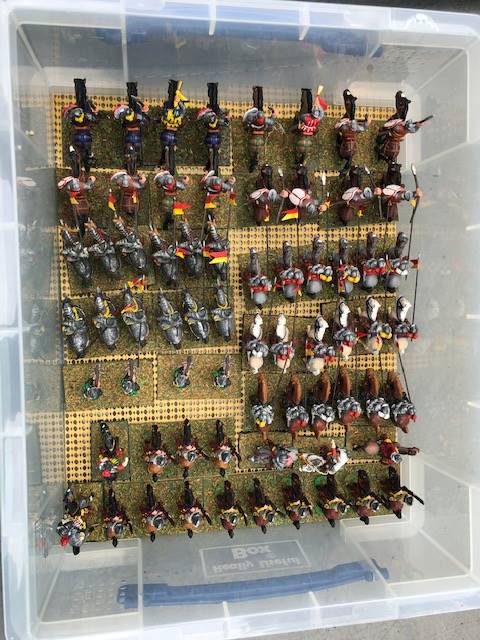 Box #1 contains all of the Spanish cavalry, some commanders, and a few LI Crossbowmen. 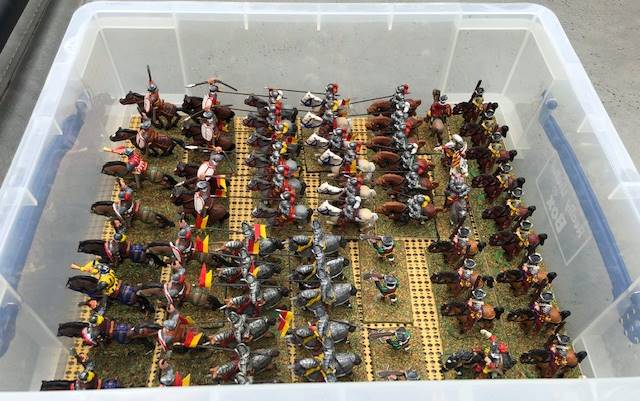 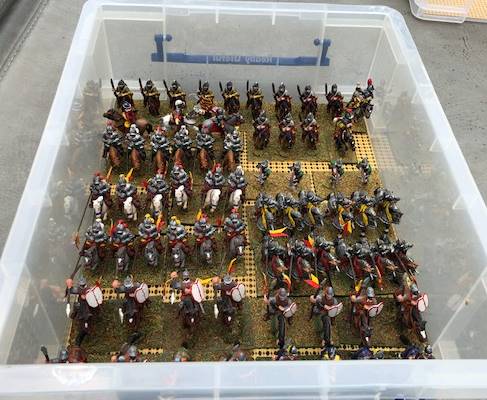 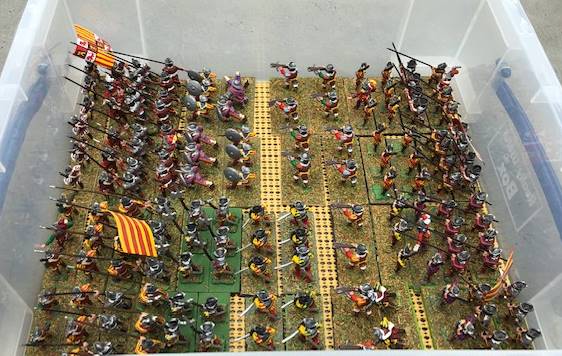 Box 2 has about half of the infantry; Tercios/Collunellas and supporting troops. 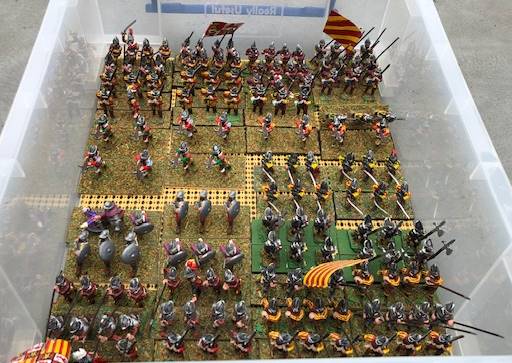 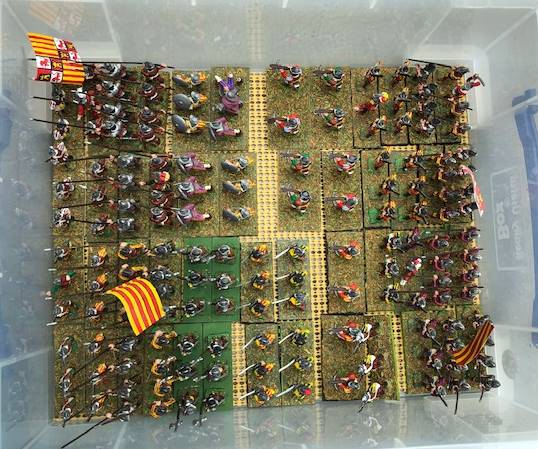 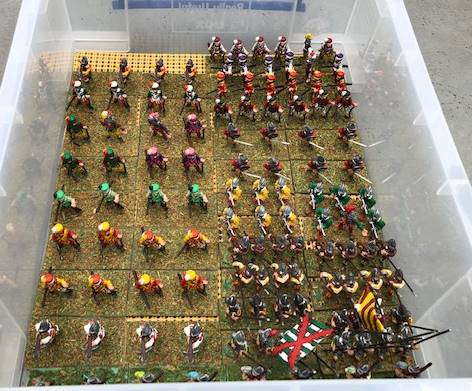 Box 3 contains the rest of the infantry, and all of the Musketeers. 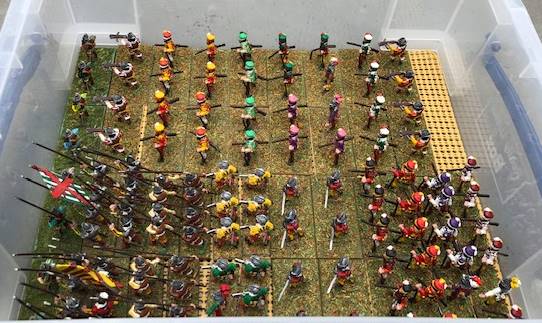 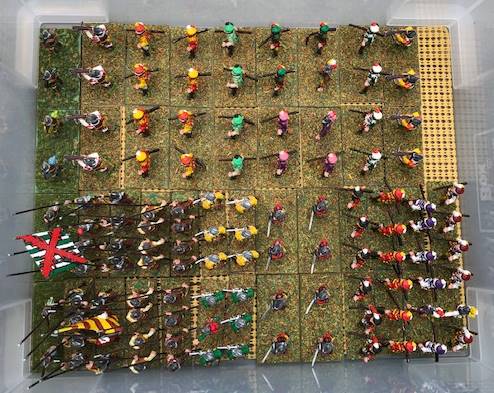 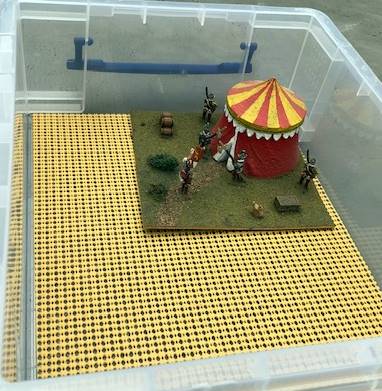 Box #4 at present simply contains the Spanish Camp vignette. Perhaps some more camps will be added in the future?