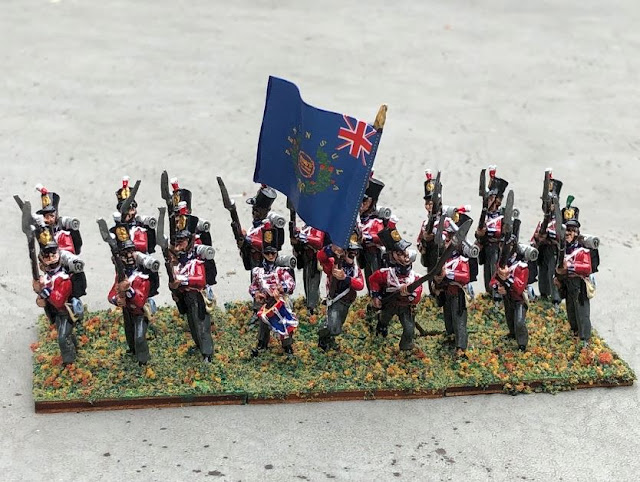 Although my existing "British" army has a small contingent of cavalry of the King's German Legion, this is the first such infantry regiment in my collection. 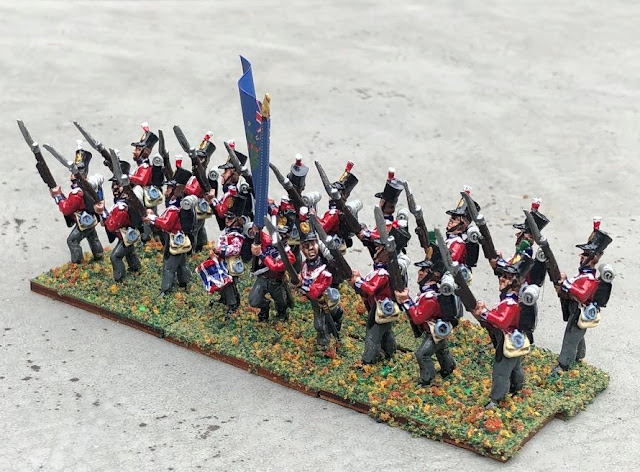 The King of England was also, from 1714, the Elector of Hanover, under a personal union of the two states. The army of  Hanover was disbanded in July 1803, as a result of a combination of  invasion by a French cops under Marshal Mortier, and some double dealing diplomatic actions by the French. Before the month was out, plans were already begun to recruit a "King's German Regiment, and by December of 1803, the nucleus of the newly named  King's German Legion had formed. 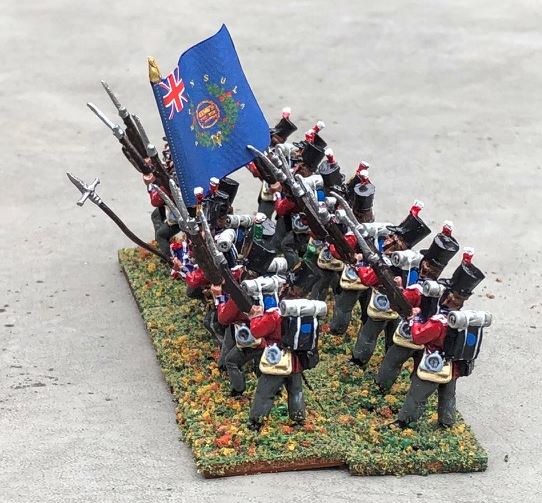 The uniform of the Legion was essentially the same as their British counterparts, with just about the only distinction I could find that would be discernible on 28 mm figures being the addition of  silver stripes to the trousers of the officers. These are Old Glory figures. 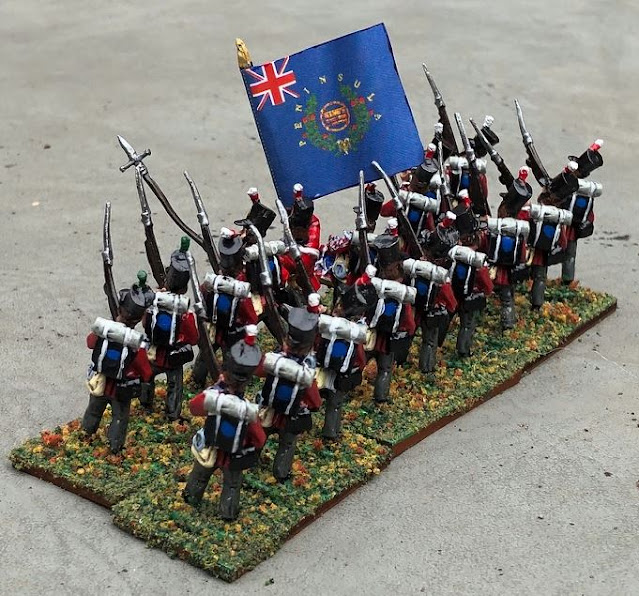 My battalion caries the 1815 version of their Regimental color, with the "peninsula" battle honor upon it. Tne Hanoverian army was disbanded a second time in 1867, when Hanover became part of the Prussian empire; the units of the former Hanoverian army were allowed to continue the traditions of the KGL effective in 1899. 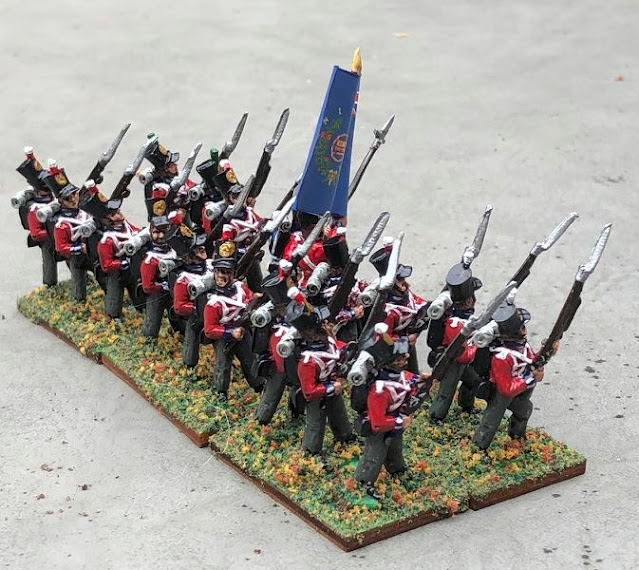 The maximum strength of the KGL was 8 Line battalions ("regiments") of 1,000 men each, 2 Light battalions also of 1,000 men each, 2 Heavy Dragoon regiments and 3 Light Dragoon regiments each of 500 men, 2 Horse Artillery and 4 Foot Artillery companies. The Heavy Dragoons were later re-designated as Light Dragoons, and the former Light Dragoons as Hussars. In addition to extensive service in the Peninsula and at Quatre Bras and Waterloo, units of the KGL participated in the assault on Copenhagen in 1807, the Walcheren expedition in 1809, operations in Northern Germany in 1813, and operations in Sicily and Genoa in 1814.