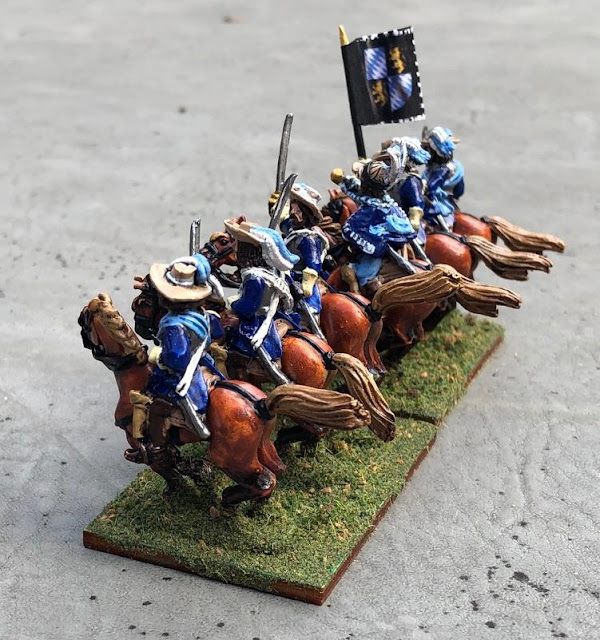 Prince Rupert;' Regiment of Horse is known to have been Bluecoats, not to be confused with Prince Rupert's Lifeguard of Horse, which were Redcoats. Confusing enough? 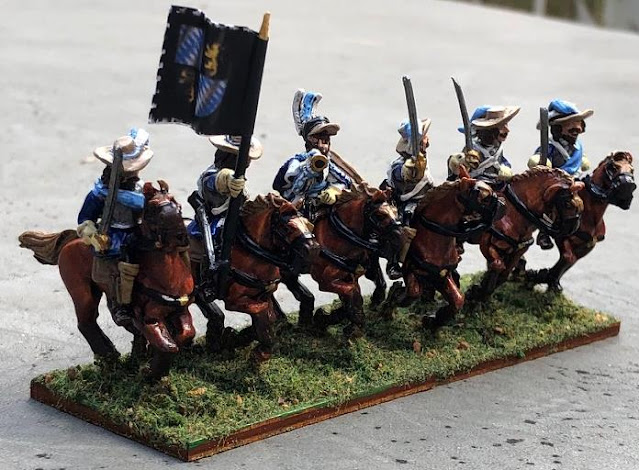 The flag is highly likely ahistorical, but was found on line (intended for 6 mm figures, I think, and thus a bit blurry. It  features the arms of the Rhine Palatinate, Prince Rupert of course being Prince of same.

Here's a somewhat better image of the arms of the Rhine-Palatinate; if I was going top do it again, I'd use this to make my own flag. 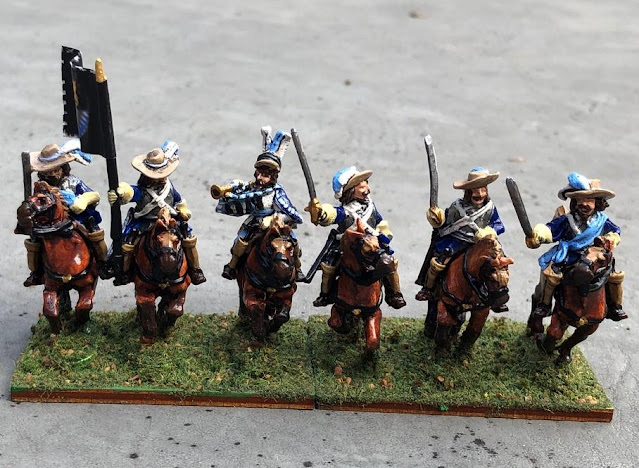 These are Old Glory figures; the six figures are enough for a unit of "Swedish Drill" Horse to be used with "For King and Parliament". 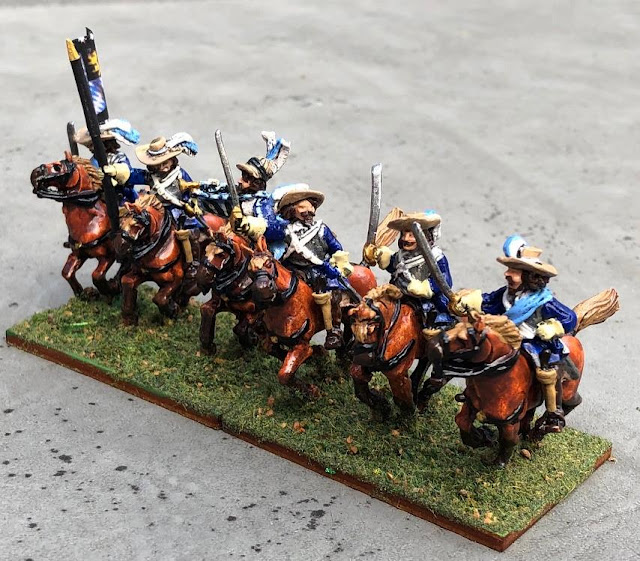 Prince Rupert, the nephew of King Charles II, is probably among the best know figures of the English Civil War. Whether he was an asset or a detriment to the King's cause is arguable! 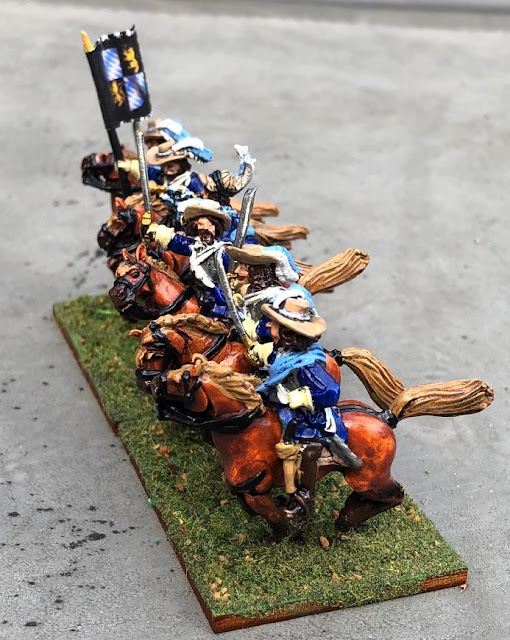 A dashing sight for sure! The flag is striking, especially compared to the usual coronets carried by Horse during the ECW, even if of dubious provenance! 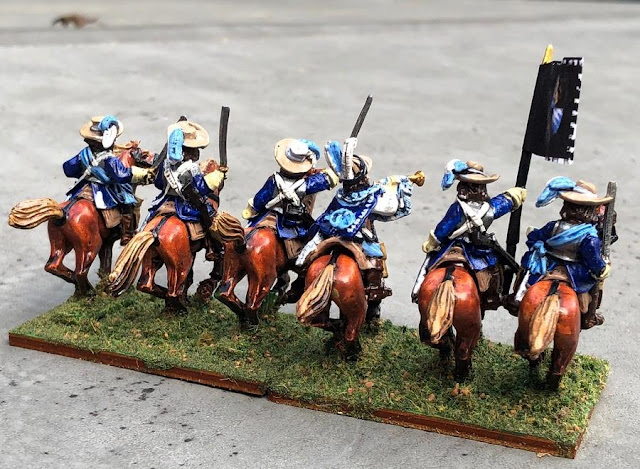 These are Old Glory figures.
Posted by Gonsalvo at 10:47 PM