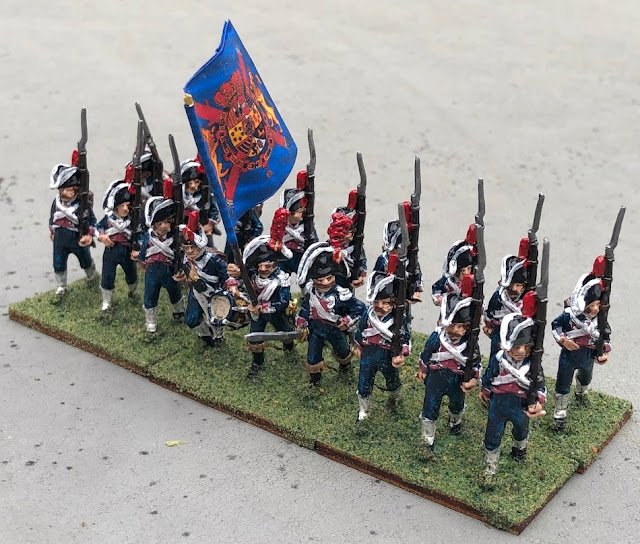 Another unit of Spanish Napoleonic infantry marches off the painting table! 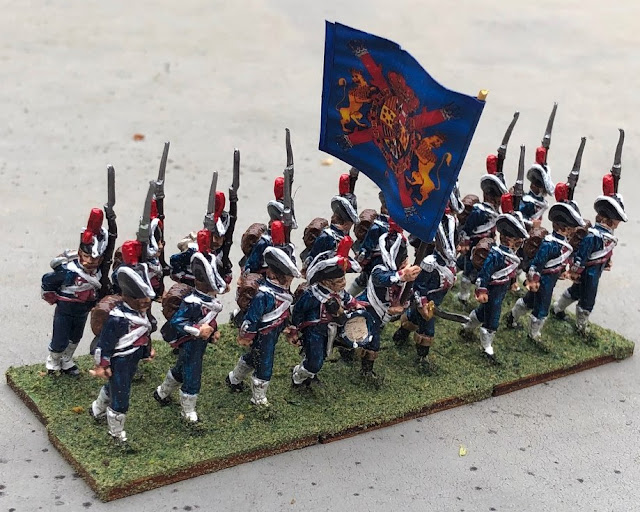 These nattily dressed hombres are the Walloon Guards; in Spanish, Guardias Valonas. 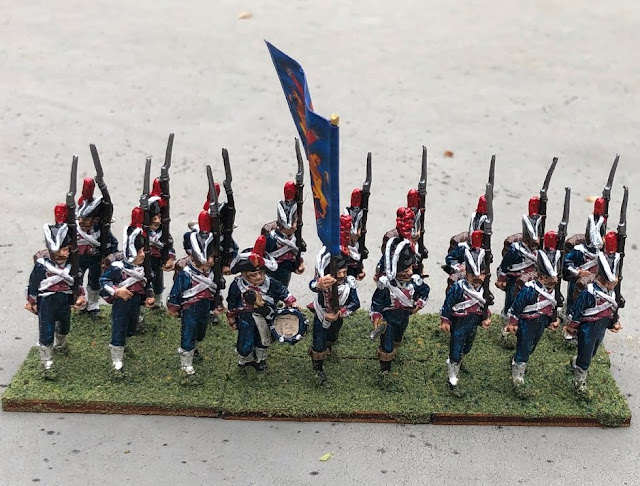 Yhe Wallon guards were first raised in 1704, at a time when Spain controlled the Low Countries. The Spanish Netherlands,. more or less modern Belgium, was their recruiting grounds. 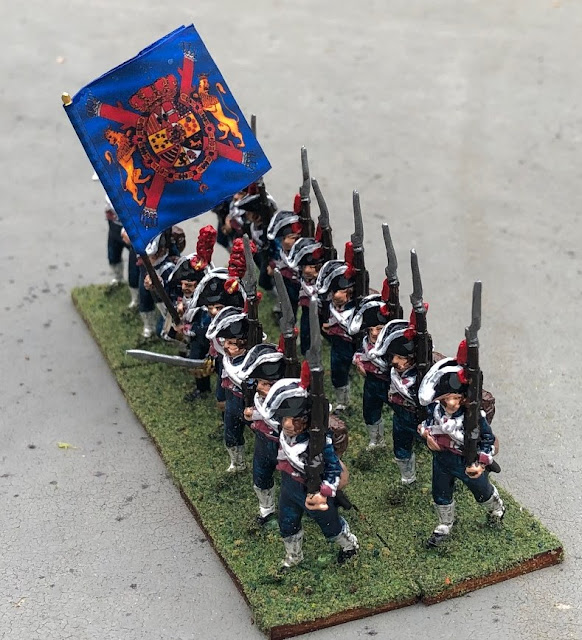 Because of their lack of attachment to the general population, they were often used as a kind of Police force by the King. 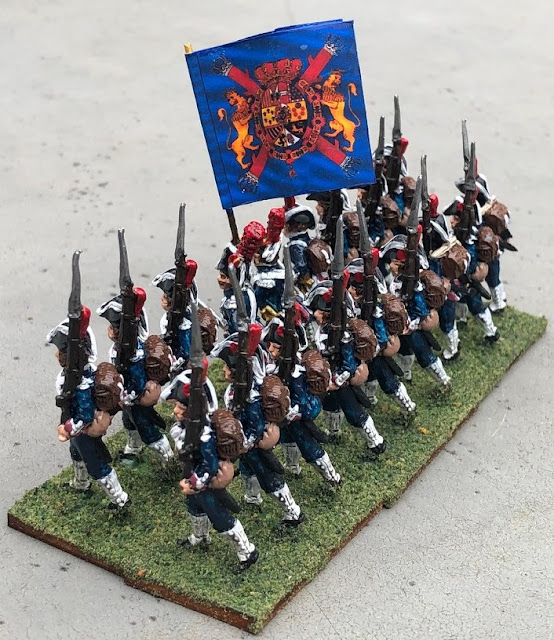 When the French Republic annexed the Austrian Netherlands in 1794, recruitment became difficult. his lead to first Germans and Irish joining the ranks of the Regiment. 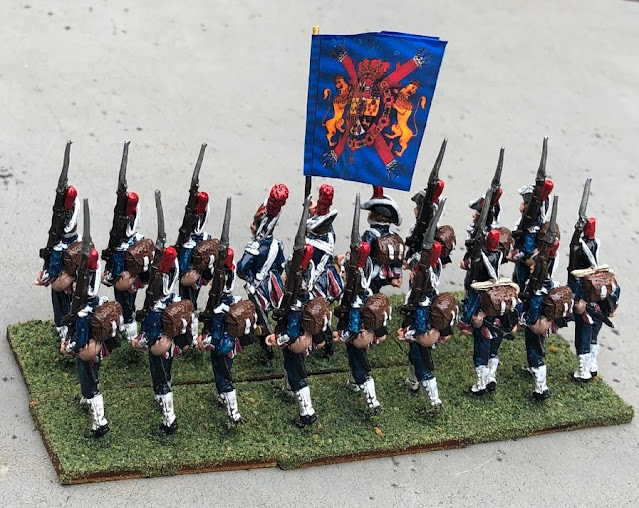 When the French invaded Spain in 1808, several battalions of the regiment were in Madrid, and were taken into French service, but the remaining battalions continued to fight the French. 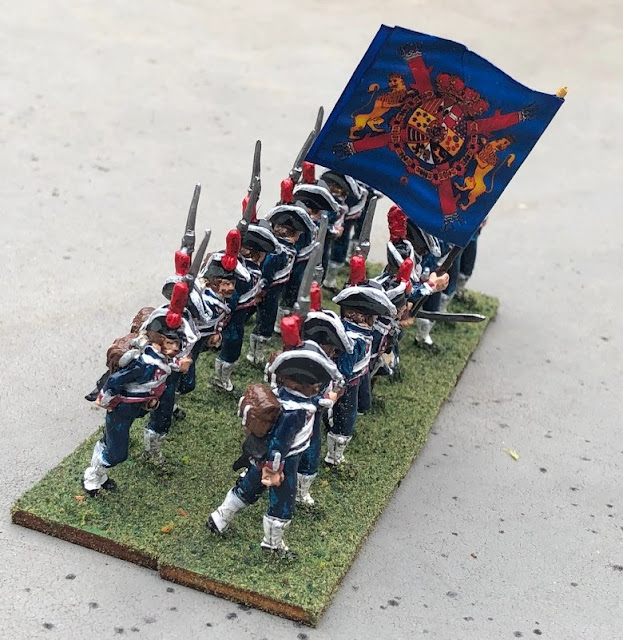 These are Perry figures; flag by Adolfo Ramos. 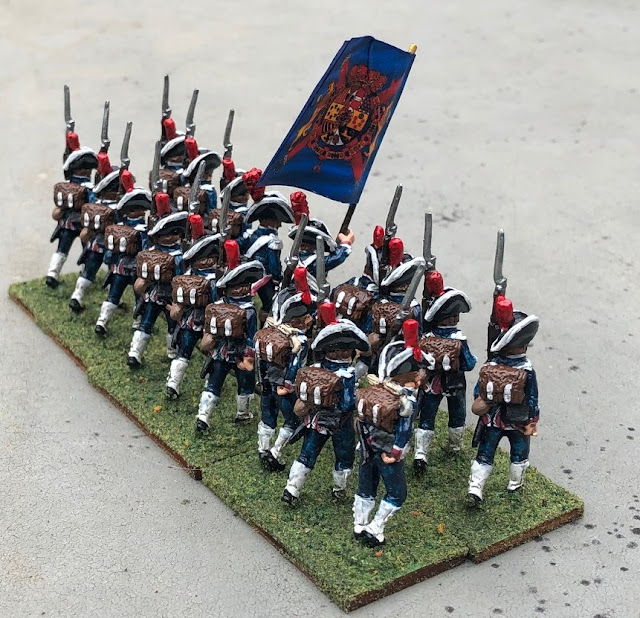 I chose to use a color close to Dusty Mauve for the facings for this unit. More properly, they should have been red. I also left out the buttonhole lace. 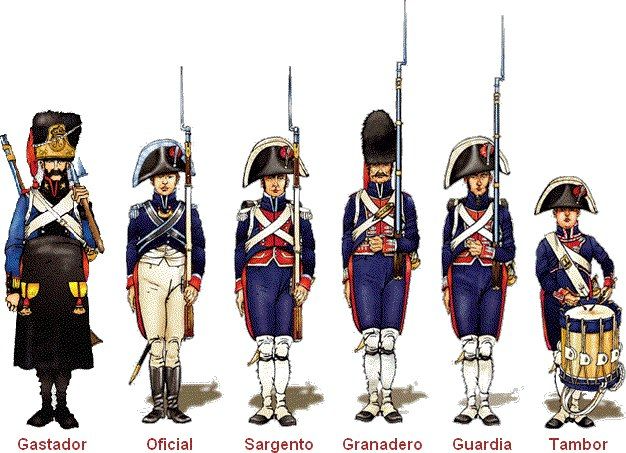 Uniform plate for the Walloon Guards circa 1808.