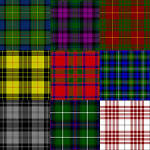 The search for the elusive Tartan paint!

2nd Quarter Total:  1050 points
1st Quarter Total:  900 points
2022 GRAND TOTAL: 3,542.5 points
2022 Painting analysis
Compared with the previous 2 years, Napoleonic troops are much less than usual, Wars of the Roses came out of nowhere to dominate the painting table, the Indian army was completed, with large numbers of troops painted (* includes Chariots and Elephants) and good additions made to the ECW Scots. Overall, the efforts were more focused.
2021 - 3,890 points
About half Napoleonics and half Ancients, with a few Renaissance/ECW troops thrown in.

Goal: Last year was nearly $3,000; I expect 2022 to be an expensive year as well, with  purchases already high in the first month. We'll see if we can hold it under $2500 for 2022.
Result: Epic Fail! Came in at almost twice budget; Kickstarters were a Major cause of budgetary excess, and we already know Lucas has a big one planned for this Spring.
Projection: Let's aim for $3,000 or less. I have 5 major board games, each from different genres slated for delivery in 2023 from Kickstarters (Coalitions, VoidFall, Castles of Burgundy Deluxe edition, Kingmaker Remastered, and HOMM - the Boardgame) so really, why would I need any more?  I have a relatively few figures I want to add, but Lucas may well do TWO Kickstarters in 2023, and I will surely support those!
Painting:
Goal: Both 2021 and 2022 were all time high years for painting; I doubt I'll be able to match them for a third year in a row. We'll aim to exceed 2400 points this year. If COVID continues to limit travel, the total could exceed 3,000 points again. Major projects are a moderate sized WoTR force for use with Test of Resolve and planned games at Historicon 2022, completing the expansion of my Mauryan Indian army, all those Wurttembergers from the Kickstarter, and quite possible some additional Napoleonic Spaniards. I have plenty more Ancients and assorted Napoleonic's to paint any time the spirit moves me as well.
Result: Well over goal at 3500 points; Big WoTR/Late Medieval project completed, Mauryan Indian Army expansion completed, added significantly to my Napoleonic Spanish (Perry), and made major additions to my ECW Scots Covenanters as well. I did the Hessians instead of the Wurttembergers first!
Projection: Aim for at least 3,000 points again. Start the Wurttembergers, finish the Hessian Cavalry, Artillery, and Command, add more ERCW Scotts, and may be a few more WotR Old Glory figures. Only the later requires any new lead purchases! Napoleonics seem likely to rule the painting table in 2023 once again!
Games:
Goal: I managed 26 games last year, the most in a long time. 2 games a month on average is doing quite well - Goals is 24 games in 2022.
Result:  17 games, only 1 remote and that at the start of the year, so a bit under goal.
Projection: Aim for 18 games