It is my impression that field (as opposed to Siege) artillery played a relatively small role in the English Civil War. I am not entirely sure if this was just a matter of numbers, mobility, doctrine, or whatever. Of course, at this time, civilian drivers were generally employed to transport the guns, which were quite heavy and not easily moved, especially off the roads. Still, they certainly appeared on most battlefields of the War, so I raised a few units for each side. 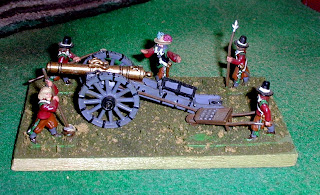 This is a heavy field gun, which might perhaps have been termed a Culverin during the era (Names of gun types and sizes were hardly standardized!). 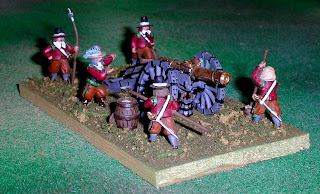 A nice variety of poses in the crew. They and the guns are Minifigs. 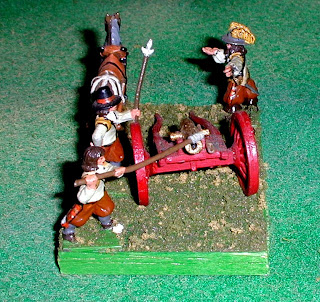 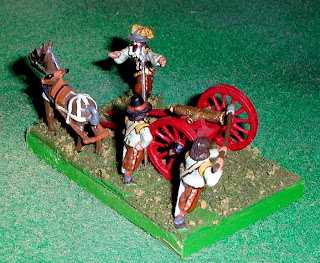 Not exactly the Horse Artillery of later eras, but certainly more mobile than the massive piece in the first pictures! 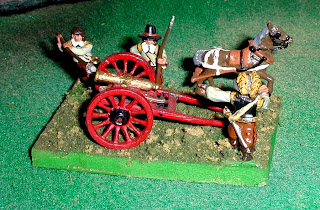 Another view; once again the "black lining" technique was very effective on these figures. 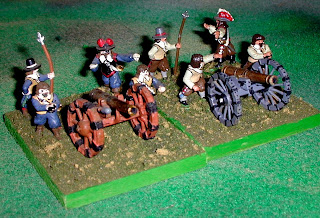 Here's a pair of Medium guns, often termed Sakers in this era. 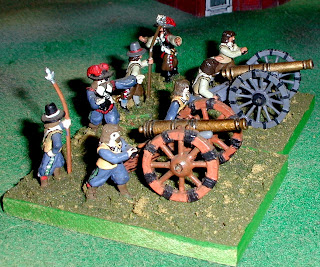 There was no regulation or uniformity to the gun carriages  and even less so their colors.It seems unpainted  dark red, and grey were the most common, probably in about that order. 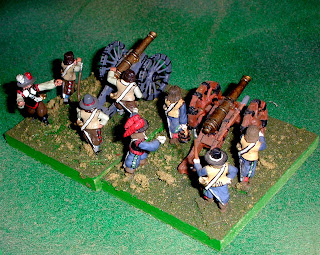