A Wolf in Sheep's clothing?

As I've mentioned before, we tend to use farm and woodland anumals as markers in our games. In bwteen other oprojects, I did some new aditions from the models I aqyuired from Mega Miniatures before they sold off their molds abiout 2years ago. 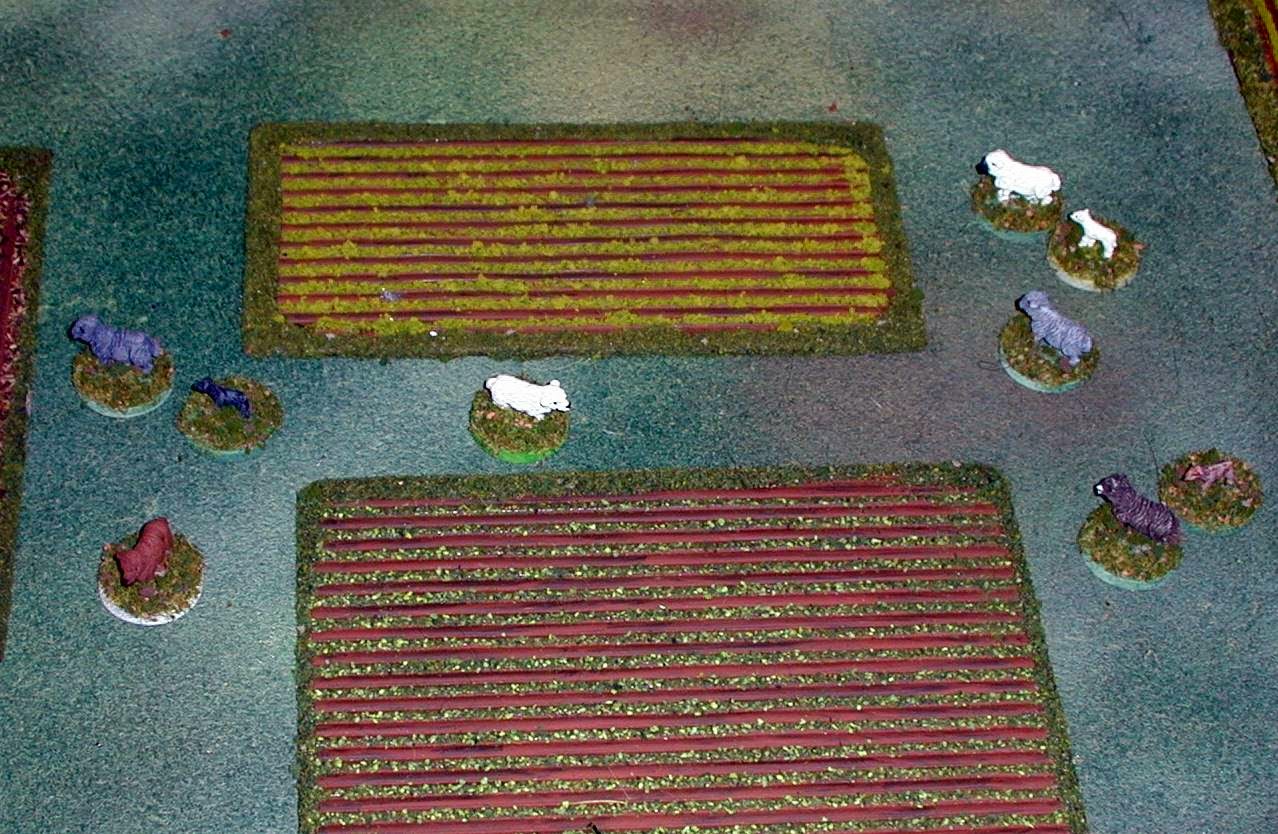 First and especuially for Bob W., some especially toothsome sheep. 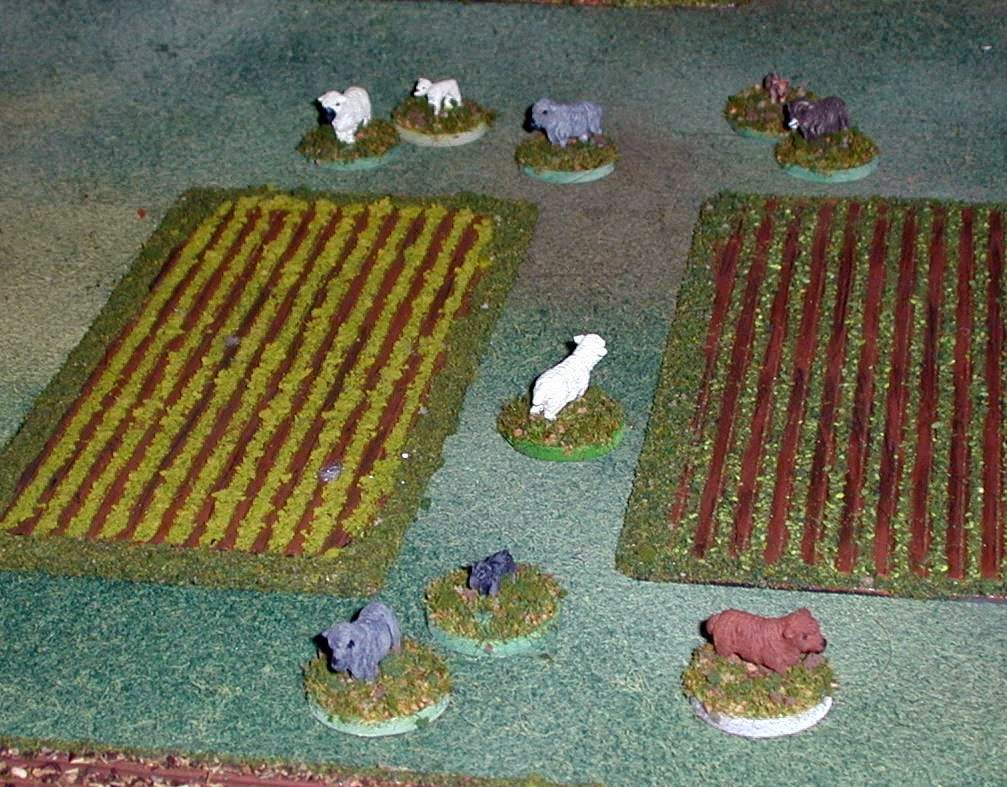 I dio thjem in a variety of wool colors, for all your pre industrial knitting and weavuing needs! 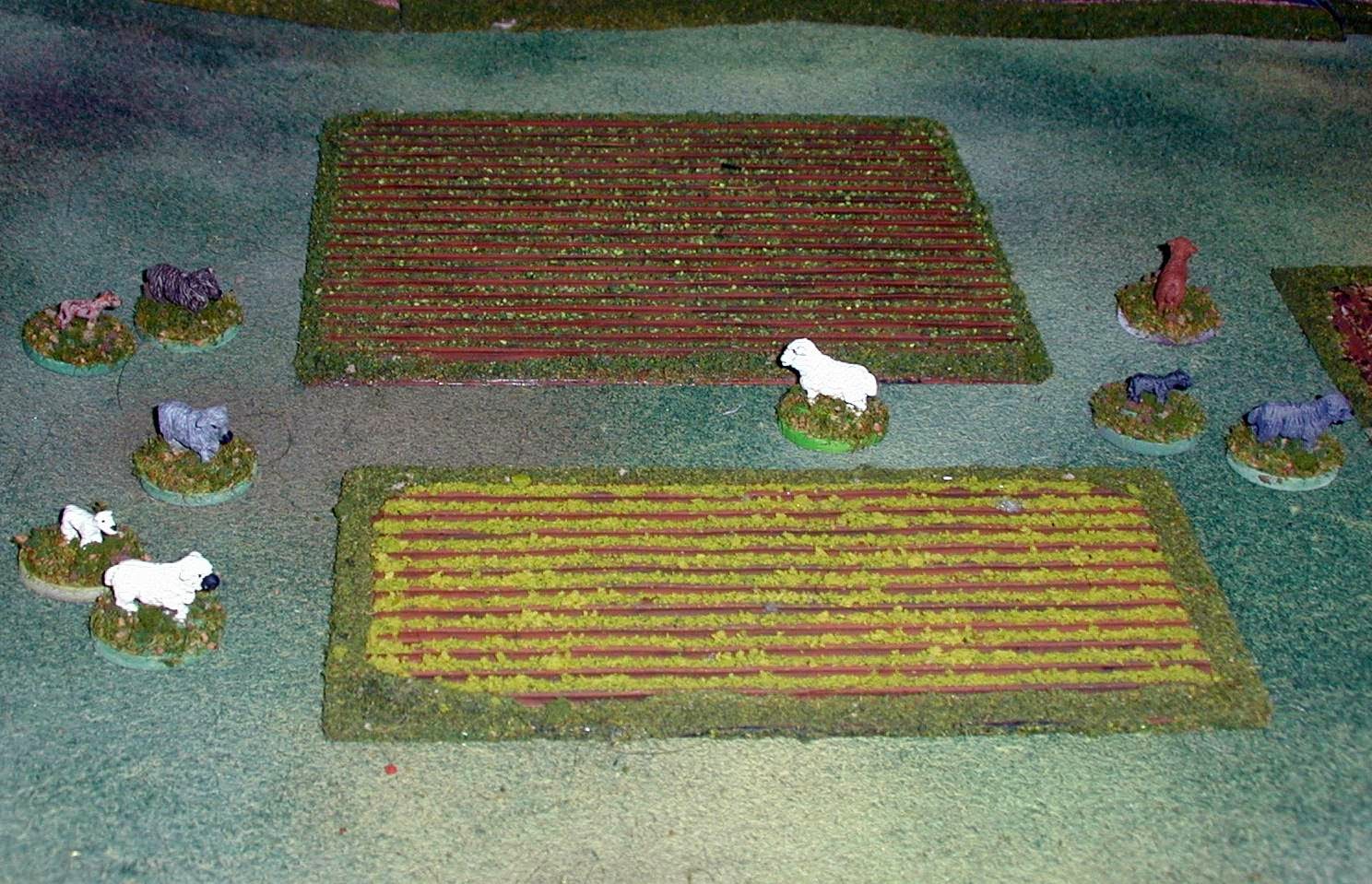 Some lambs in the mix as well. 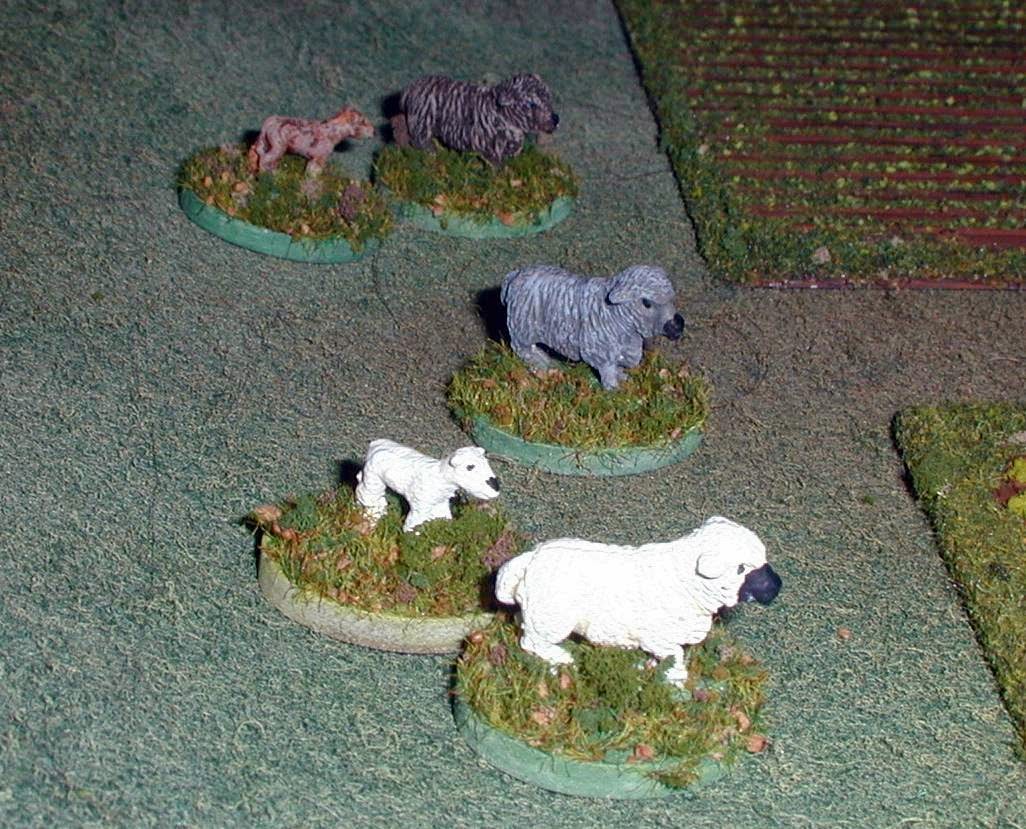 A litte; closer up; the camera makes the white look "whiter" than it actually is. 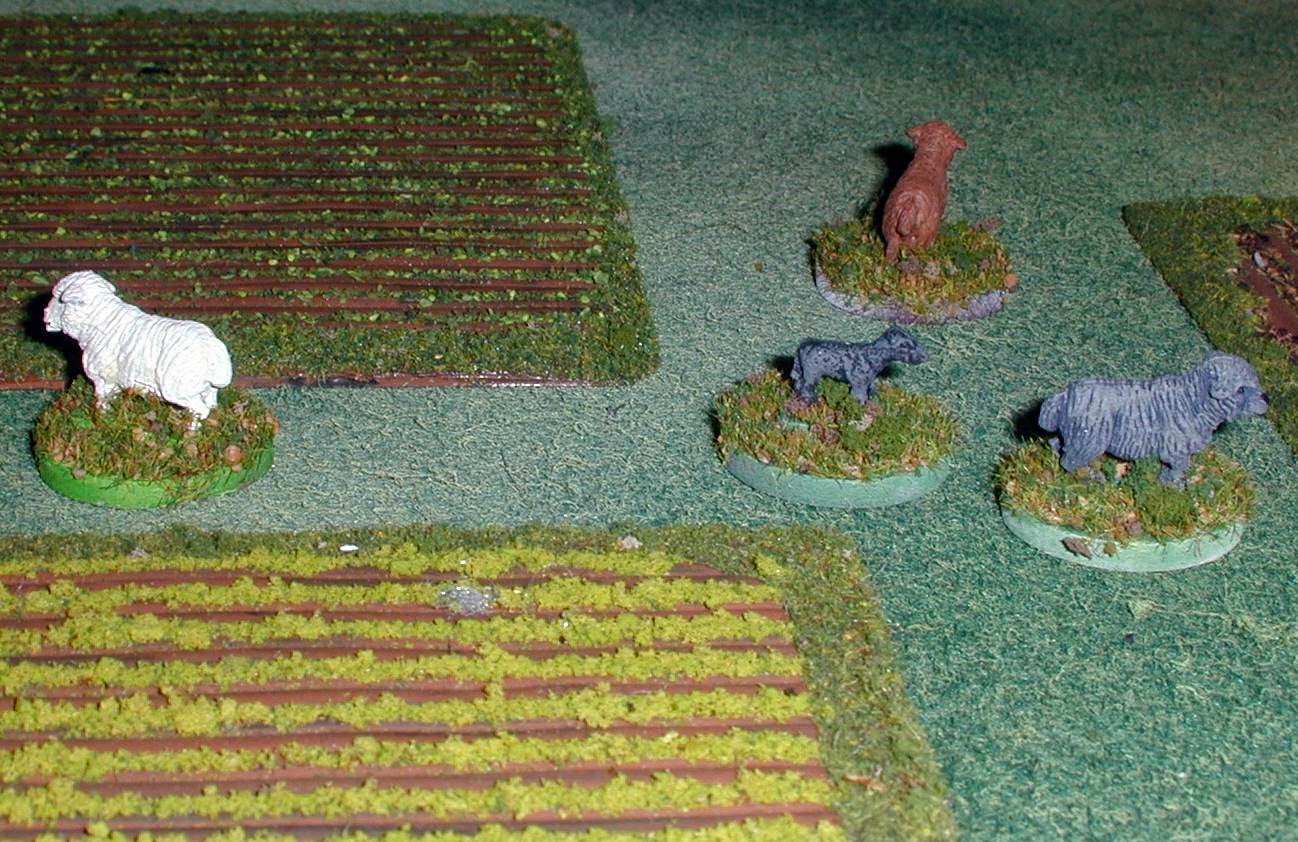 The sheep seem tio sense a threatening scent on the air.... 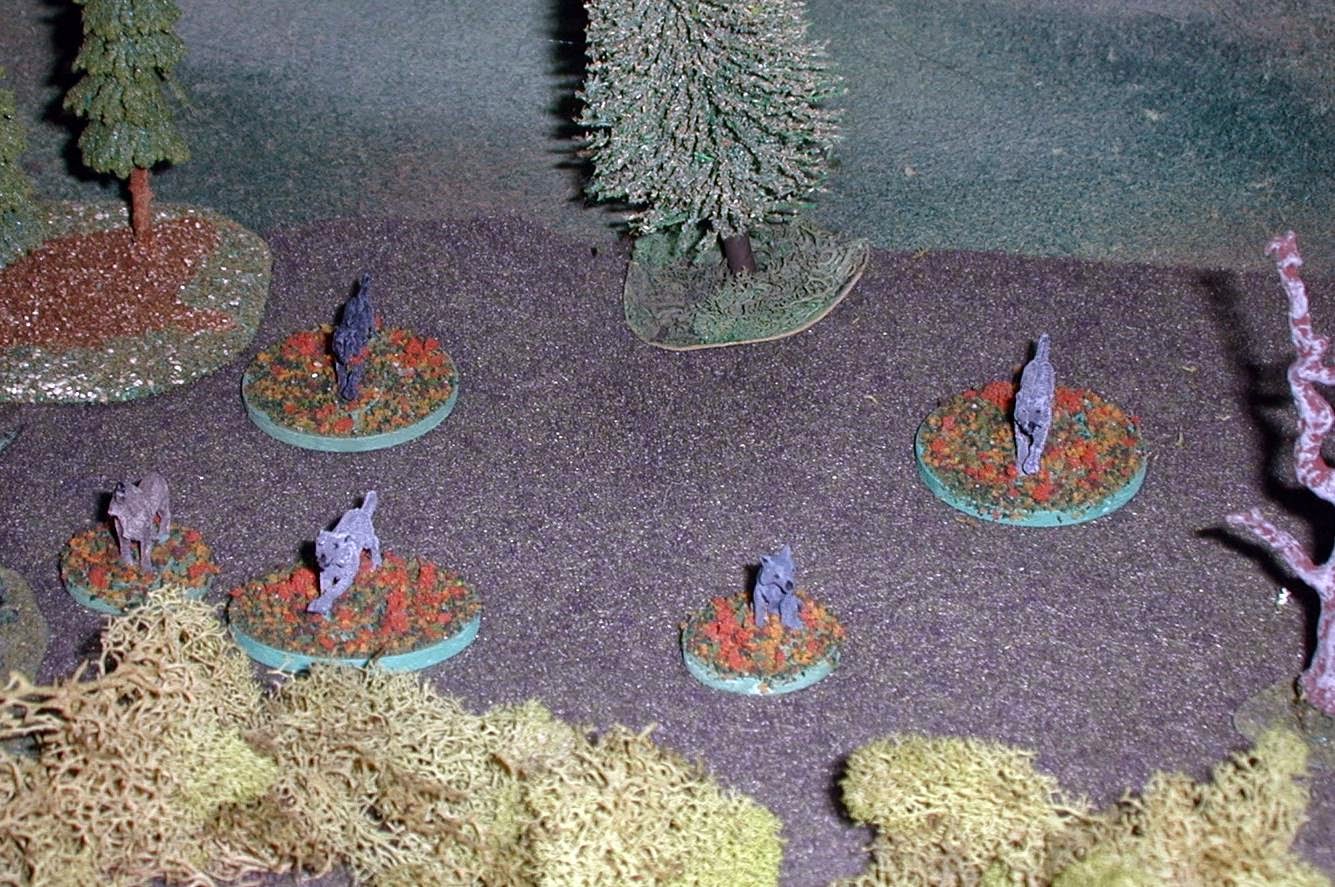 as a pack of wolves approach form the edge of the forrest!

The MM Wolf Pack" had a nice variety - 3 running, one siting, one howling at the moon... or something. 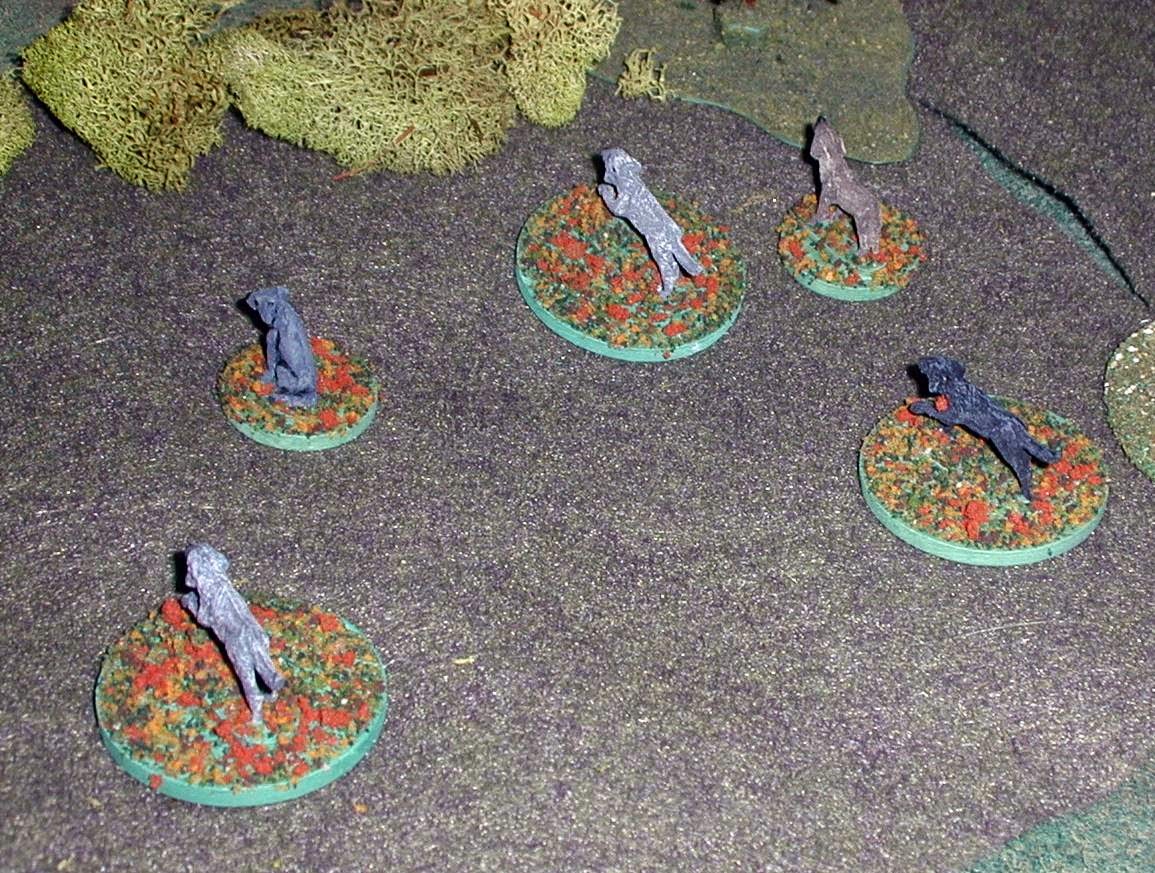 Also useful for Retreat from Moscow, North American Frontier, etc games!  We got to see an  American Arctic Grey Wolf up close a few year ago when a Wolf conservation group brought one to The Institute for American Indian Studies, less than 10 minutes drive away in neighboring Washington, CT. They are imnpressively large creatures!