Next addition for the Entomalains is a pair of Mantis class Galactic Dreadnoughts. In the original Starfleet Wars background material, the Entomalians were by far the most numerous of the five fleets, but their ships were decidedly inferior, being especially weak in fighter support and defense. 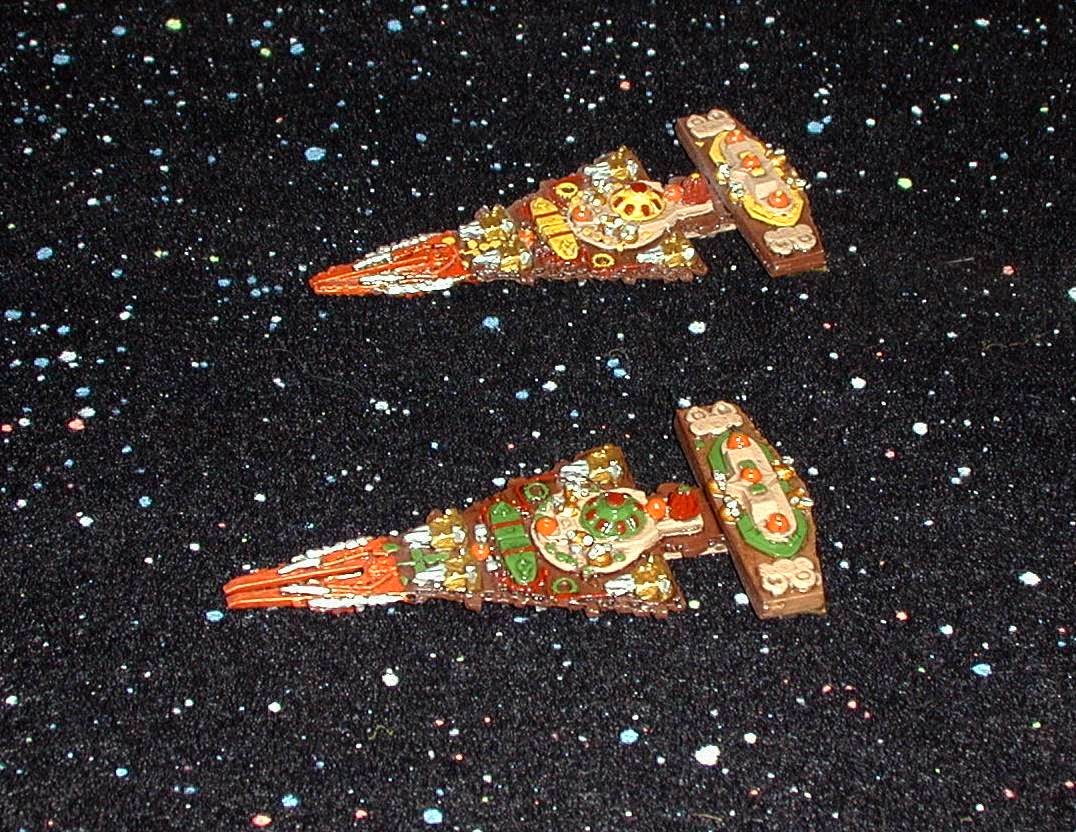 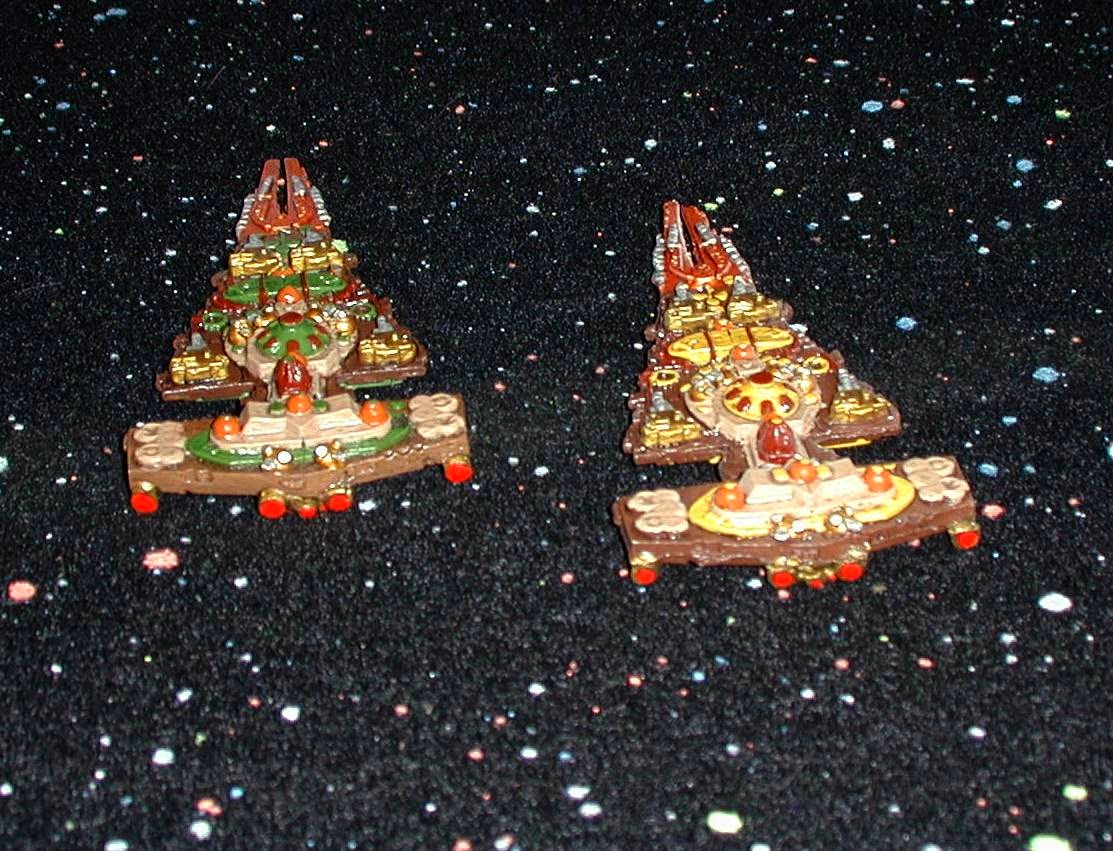 The original versions were so under gunned, that the slightly improved ratings above were issued subsequently. While still inferior to the Dreadnoughts of the other fleets, they were now at least superior to even the best of the Battlecrusiers. 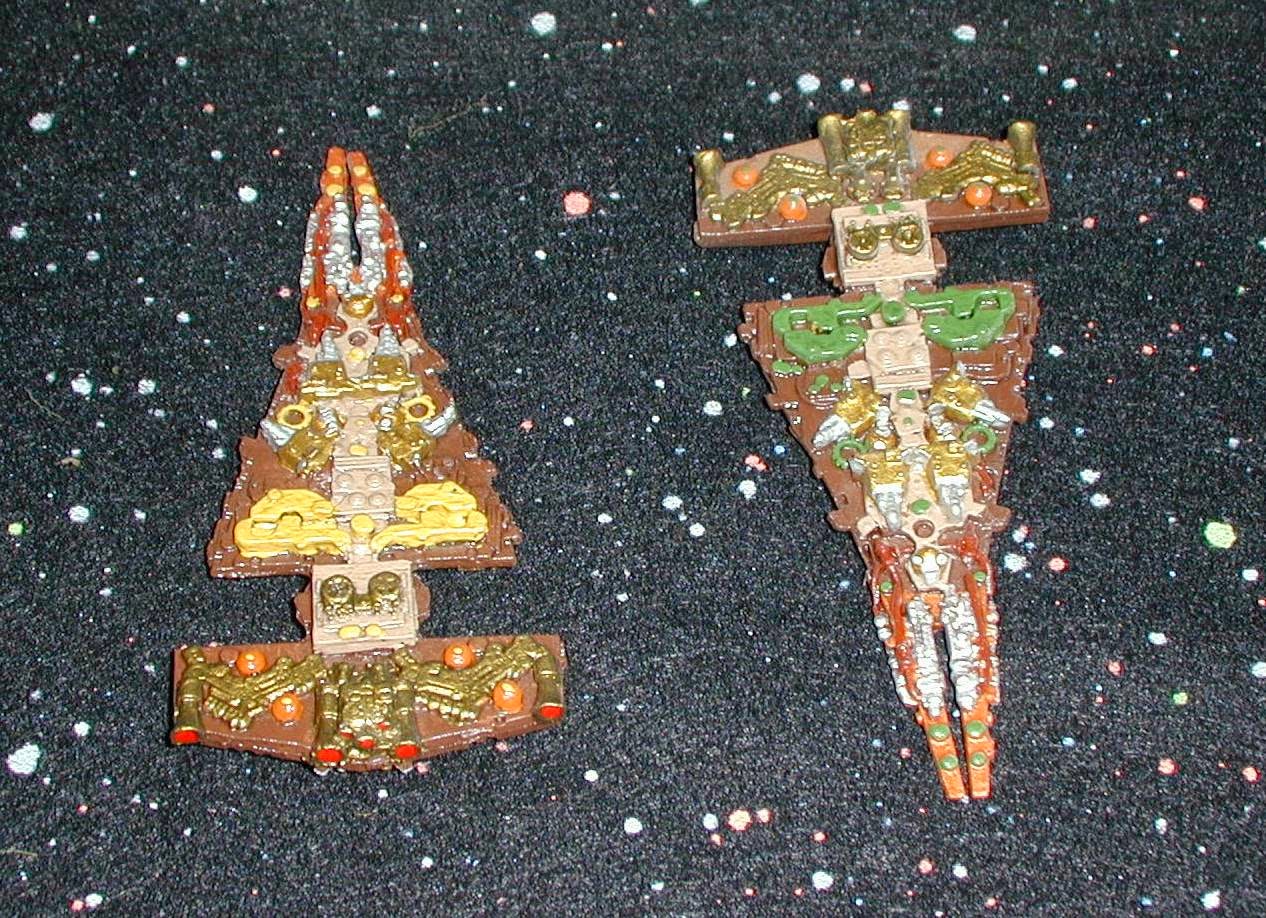 This picture shows the highly detailed undersides that these ship models are justly known for. I have used "magic wash" to further bring out some of the details.

In the background accompanying the newer Galactic Knights rules, the Entomalians use bio/tech hybrid ships with extra tough armor. Their crews will lack initiative, but the individual ships won't otherwise be much inferior to those of the other fleets, if at all.

Here's the listing for my Starship games from the Historicon PEL:

Galactic Kampaigns - Missions to Accomplish
SciFi; Length: 3 hrs; Hosted by: Peter Anderson; Scale: Other;
Rules: Galactic Knights by Monday Knight productions; No. of Players: 8.
Tasks Forces from four of the Galactic Knights (ex Superior
Starfleet Wars) races (Terran, Avarian, Entomalian and
Carnivoran ) face off in short mini-campaigns, trying to carry out
(or thwart!) their assigned missions, which include Attacking
or Defending a Planet/Space Station, escorting a Convoy, or
Patrolling to repulse enemy raiders. Each fleet has unique
strengths and weaknesses. Kids age 14 and above welcome.
Posted by Gonsalvo at 12:53 AM