I seem to be on a bit of a Fantasy kick at present; this will likely be the last post in that area for a while, though! I brought a few extra figures to the Hostile Realms game a week ago, in case any of the Mages in the battle tried to summon an Elemental. The concepts of basic elements that together make up the cosmos ()not in the modern chemical sense) is found in many ancient cultures, including those of Ancient Greece. Commonly, these are Earth, Air, Fire and Water. To these a 5th element, aether, signifying the unseen, is often added. There is a quite interesting discussion of the concept of Elements in ancient religions, philosophy, and alchemy in this wikipedia article; to that we might add the practice of Magic as well. 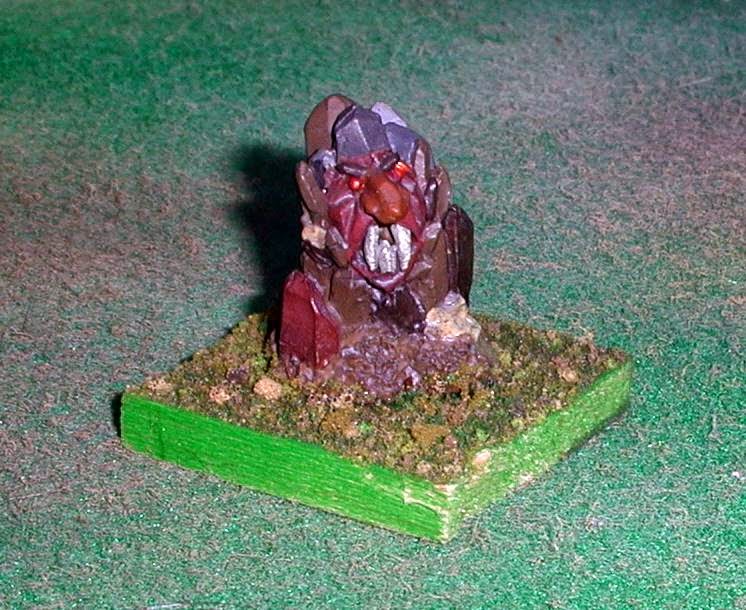 This is an Earth Elemental, of course. I tried to suggest garnets for the eyes. 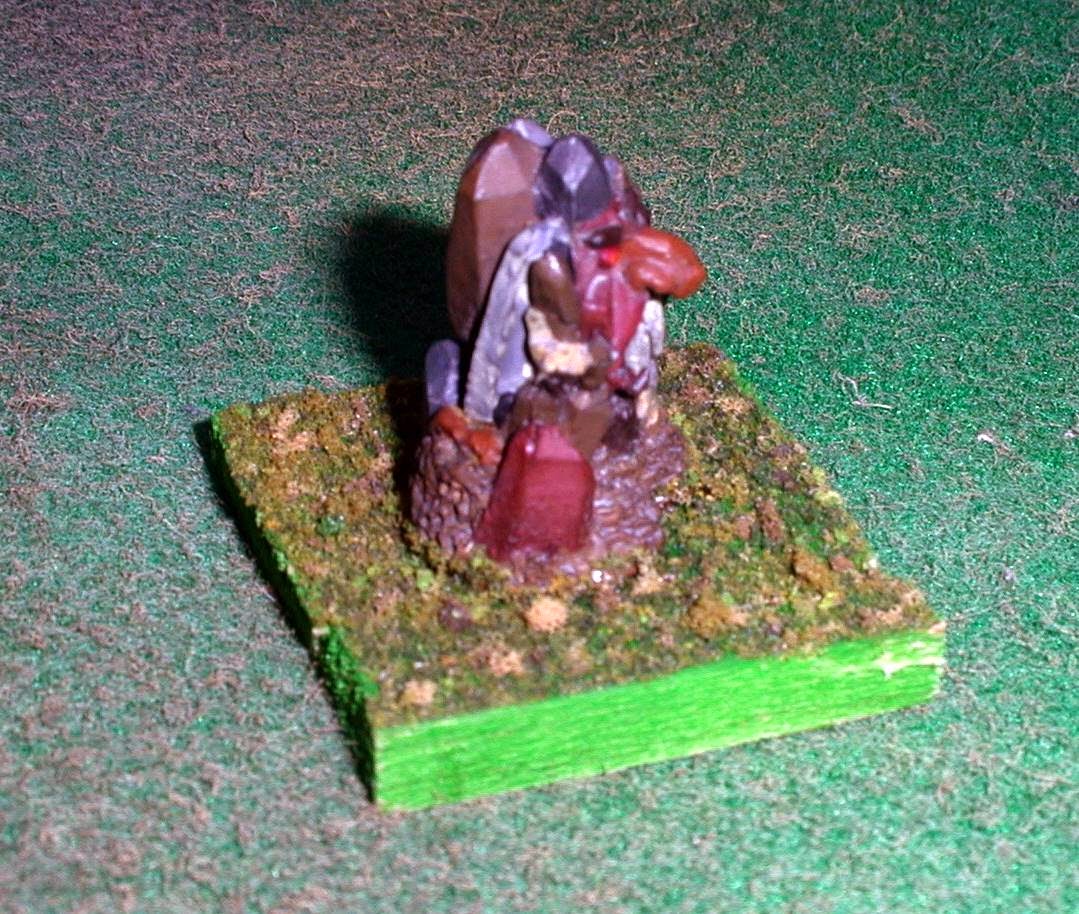 This set of figures dates back to the 1970's easily; I recall seeing them at the old MFCA wargames convention in Chester, PA, and I just had to have them! 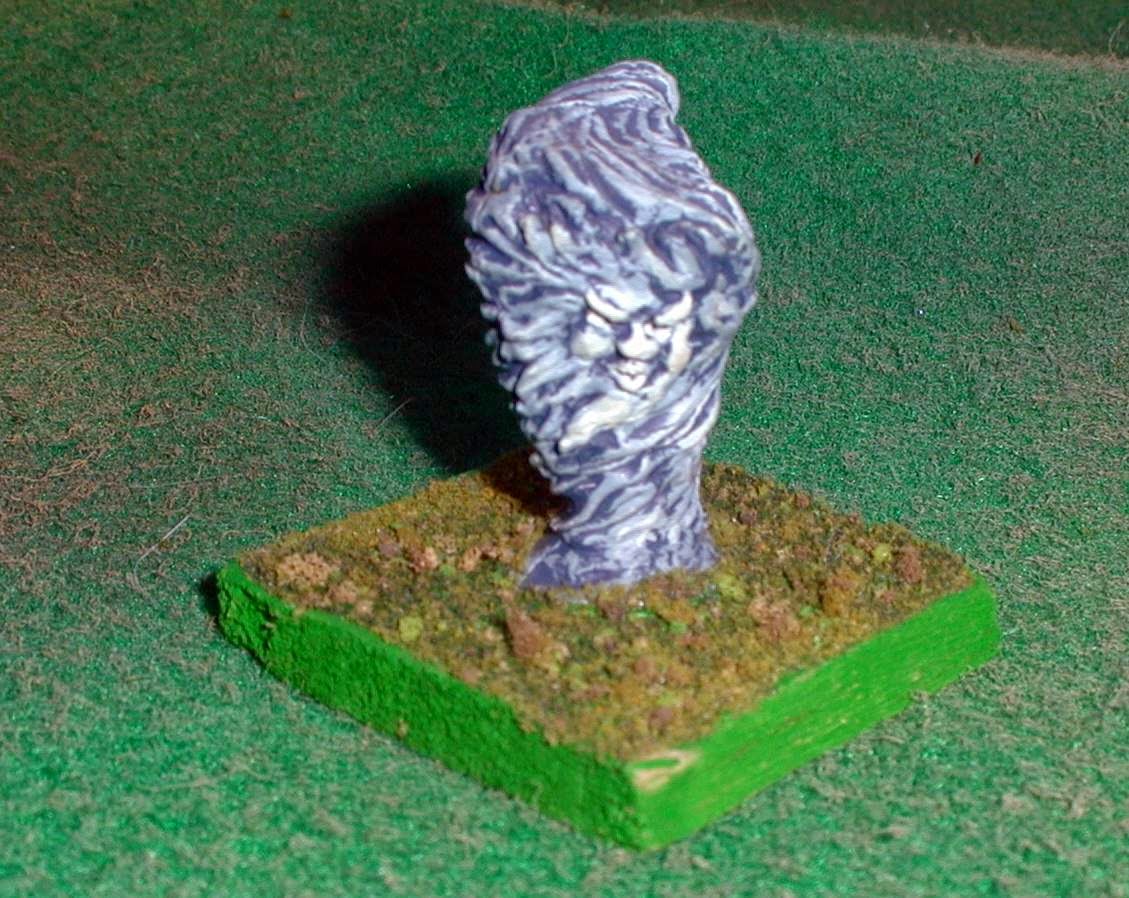 Not much mistaking this as anything but an Air Elemental, either! 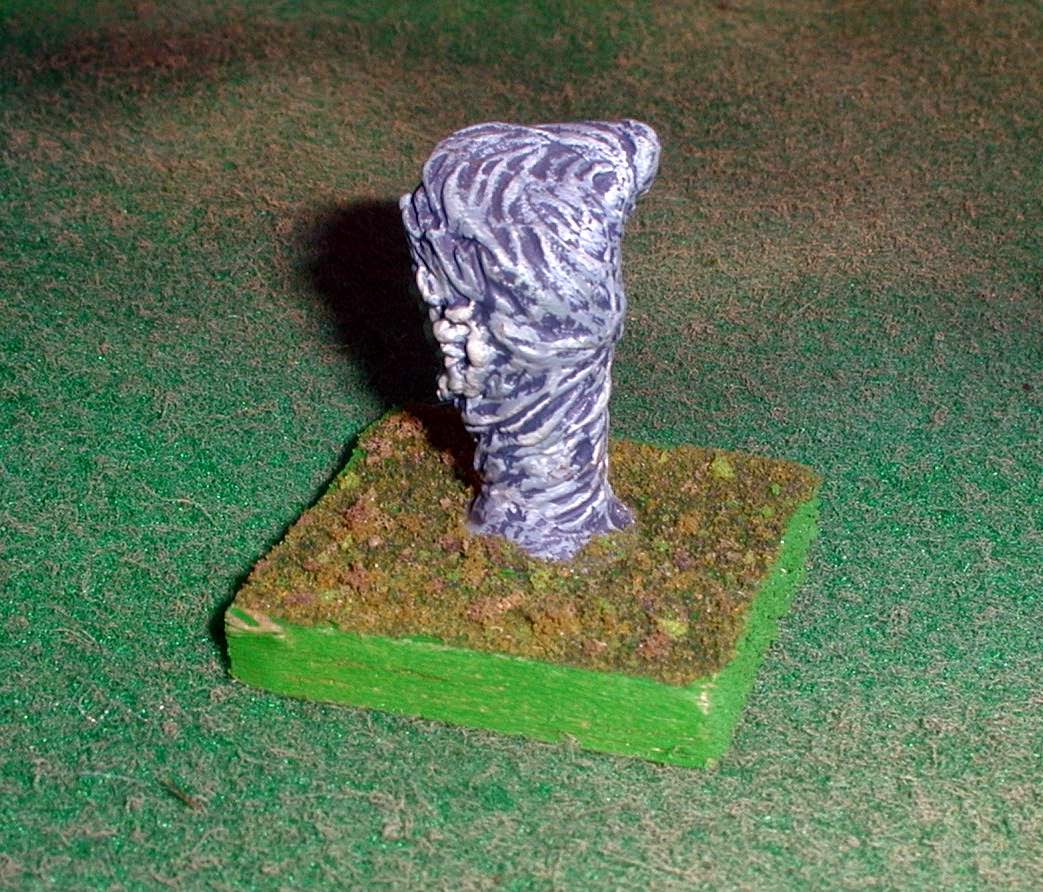 I'm not sure which company made these; perhaps Grenadier? 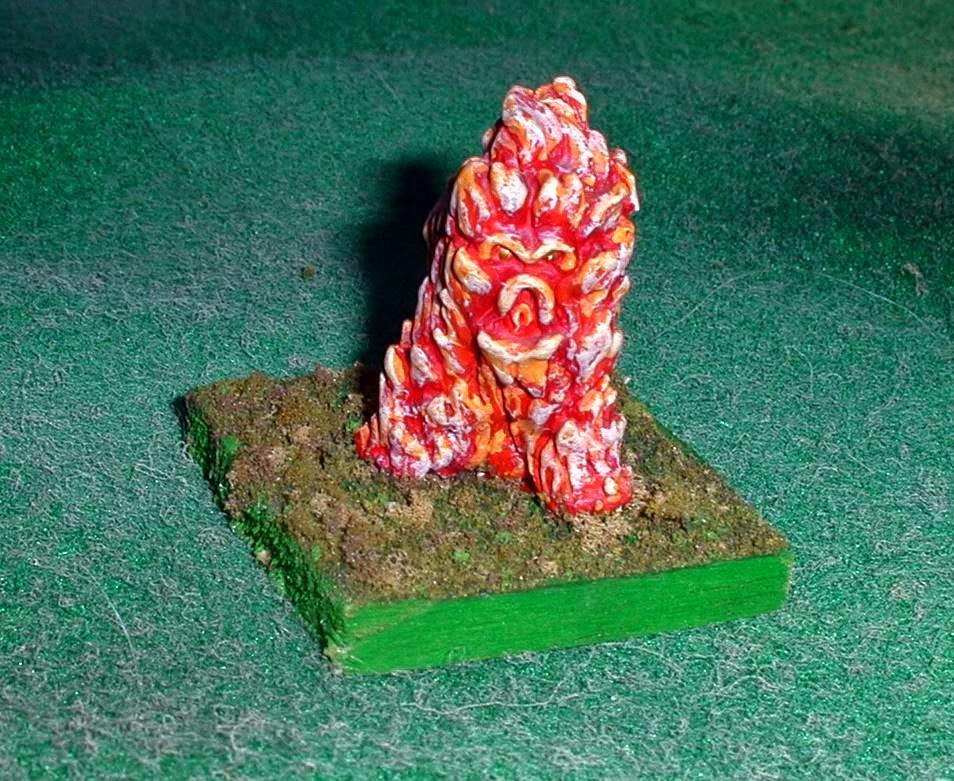 This towering inferno is a Fire Elemental, obviously. 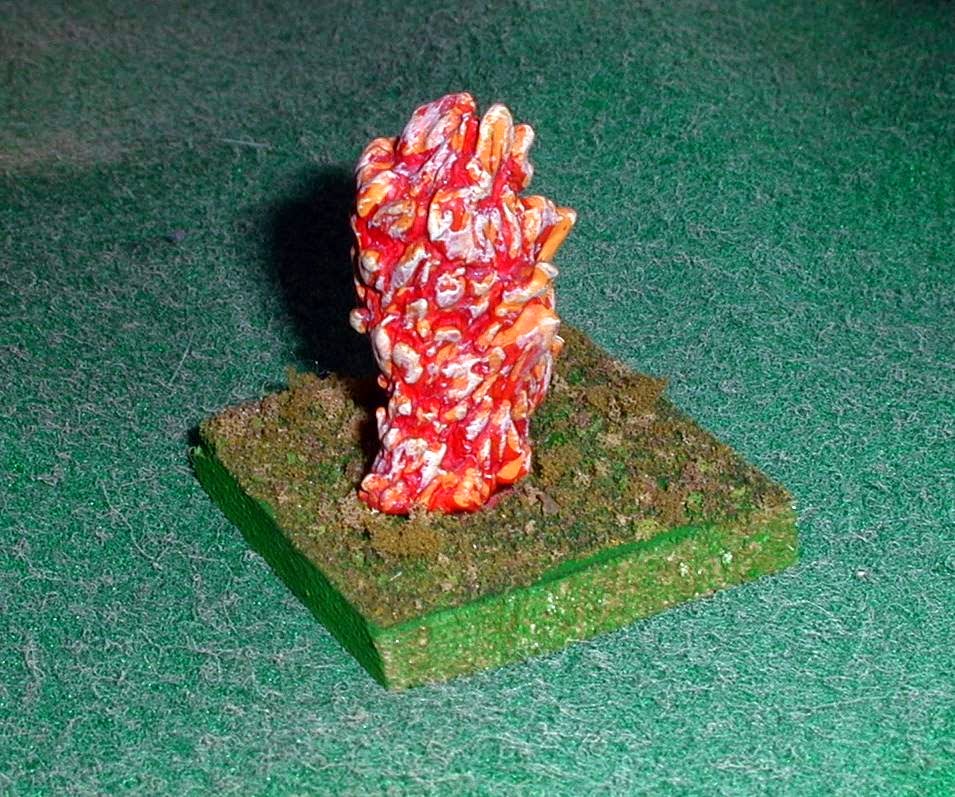 In Hostile Realms, most armies can include Elementals of one type (only) in their army, if desired. 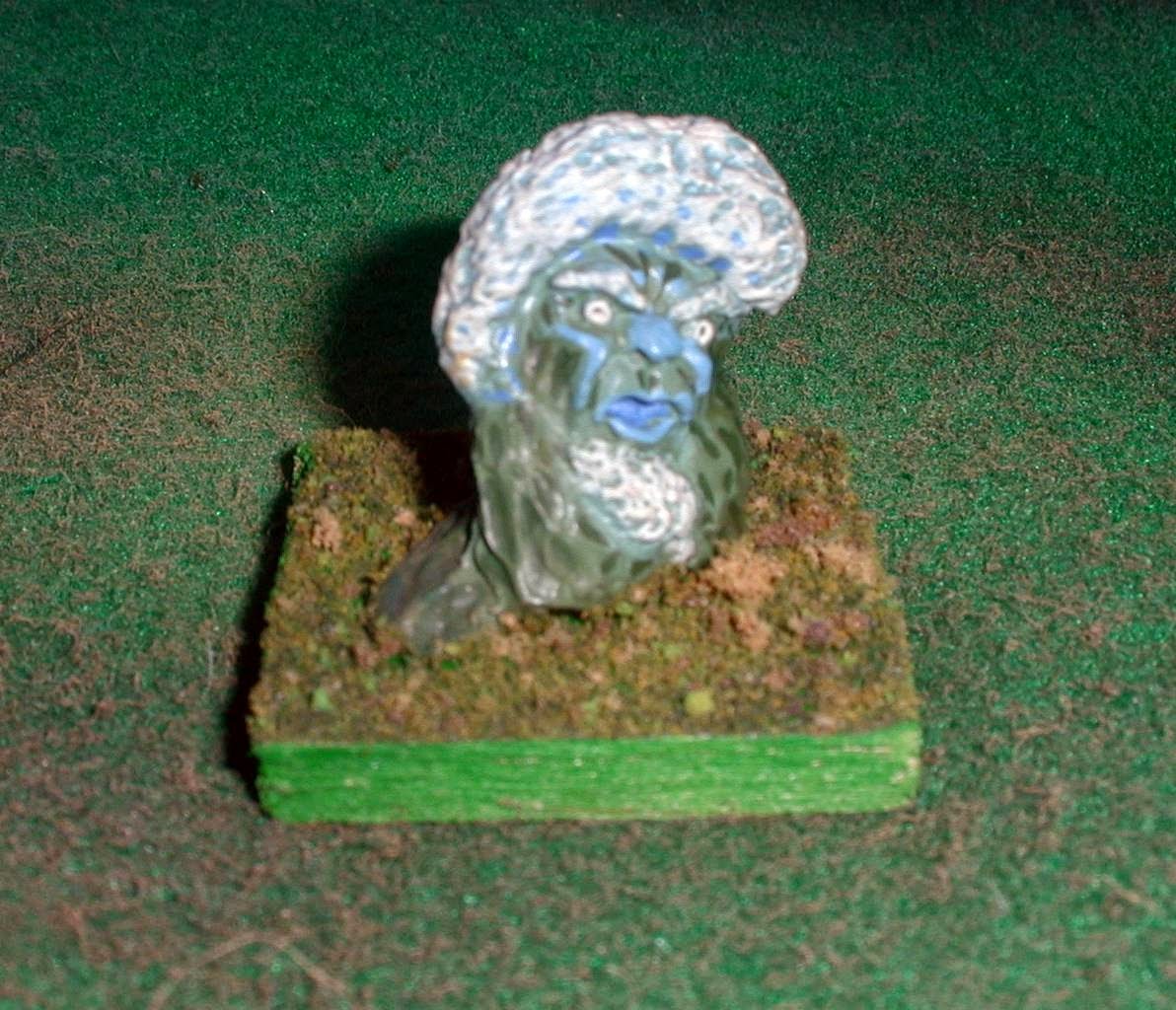 I think this Water Elemental might be my favorite... 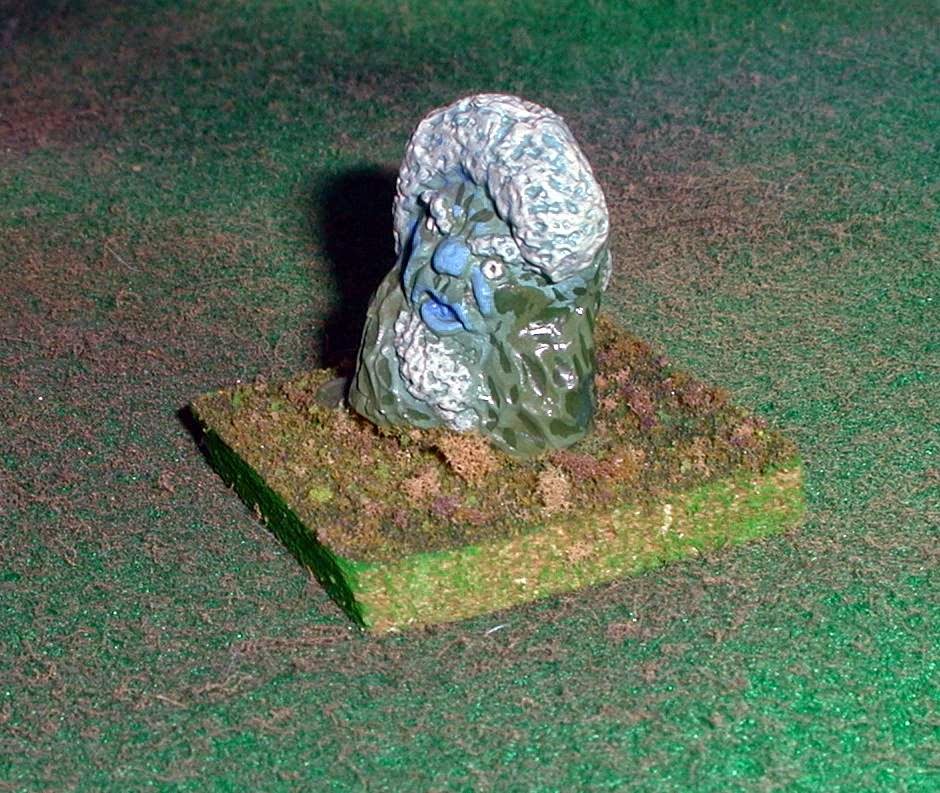 A lot of character in all of these models.! 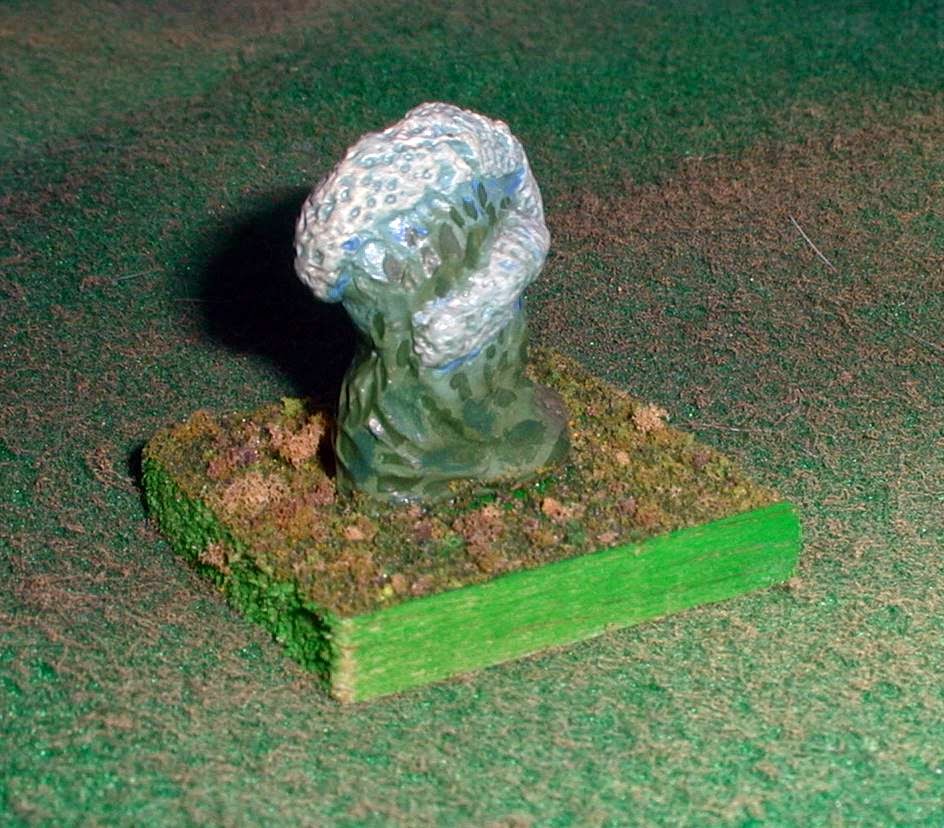 Detail of the back of the Elemental. 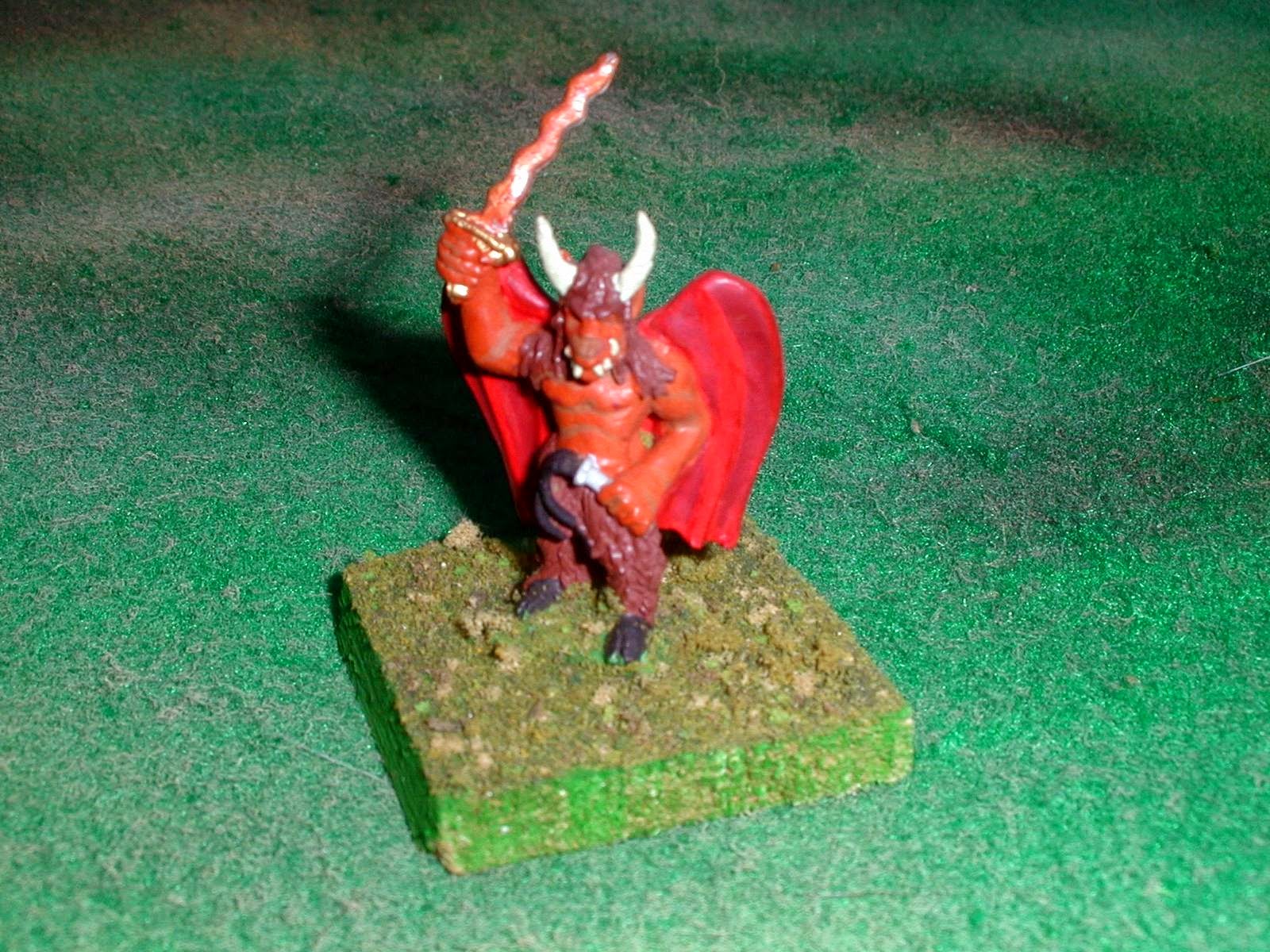 Well hello!  Who invited you, and how do we send you back to the hellish place from whence you came? 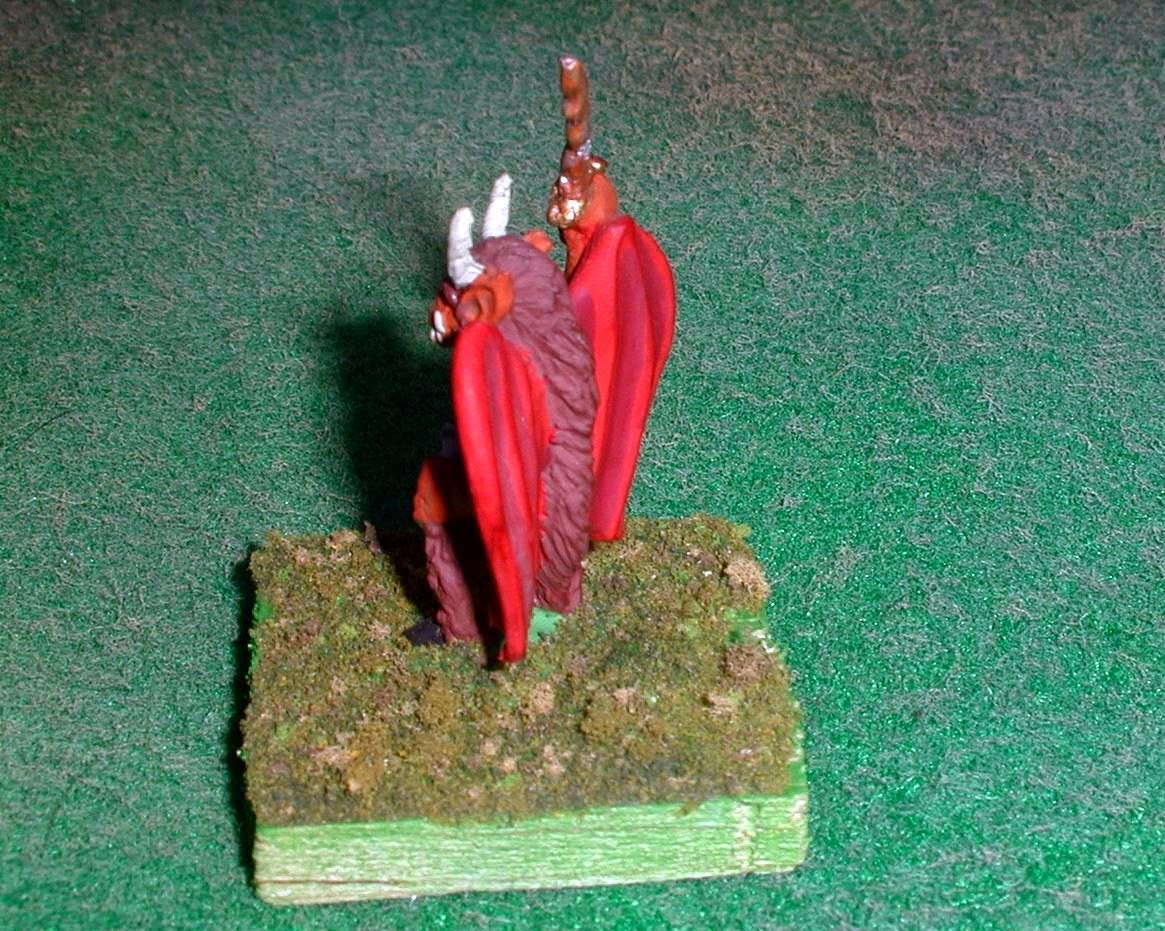 In Hostile Realms, if a Wizard attempts to cast a spell and flubs his roll by rolling a "1", AND the opponent rolls his maximum possible score, a Casting Catastrophe occurs. This actually happened when Greg's Orcish Shaman (the class is called "inepts", because, well,  they generally are!) did exactly that. There are a variety of possible outcomes, including gating in a lesser or greater demon (which them attacks!). The most powerful spells (Level 4) go awry if the caster rolls a "1", regardless of what the opposed roll is. 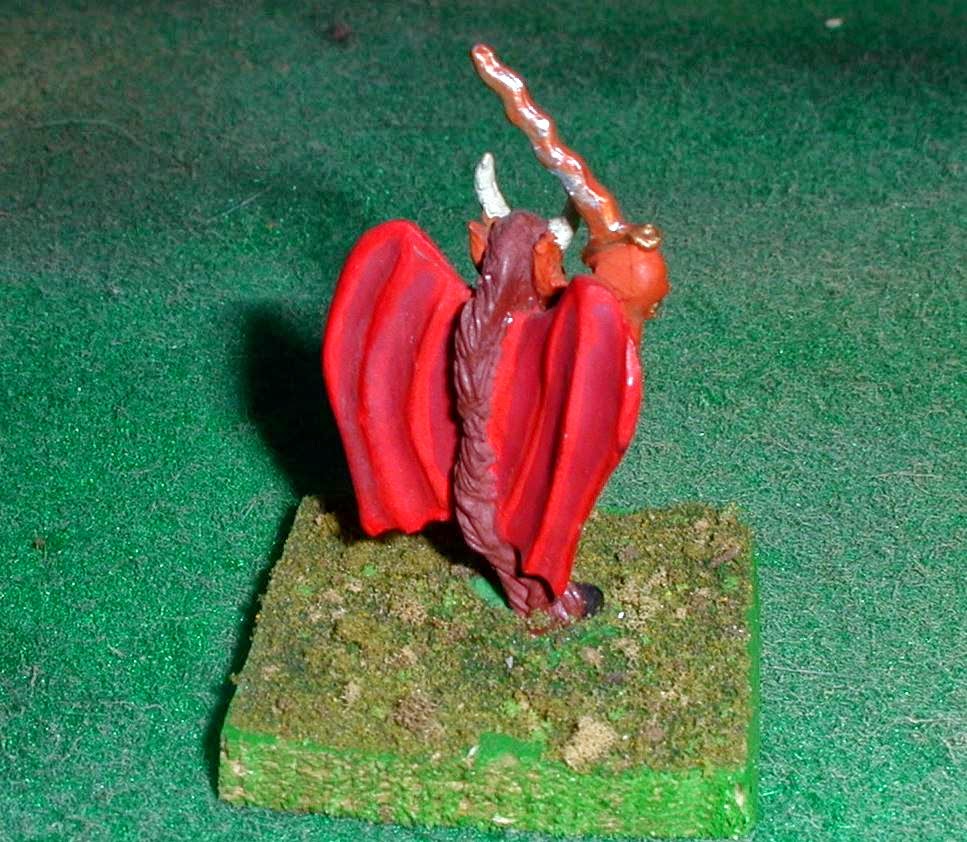 This fellow came with me in case such a misfortune might occur. In Greg's case, the results was just draining the Shaman of all magical ability Still, in keeping with the Elemental theme, This Balrog might represent the 5th element, aether, or perhaps Magic itself!

Peter
Posted by Gonsalvo at 8:18 PM