Prior to the Revolutionary and Napoleonic Wars, the Dutch navy had been a force to be reckoned with. The vast Dutch colonial and trade empire needed good ships and captains to protect their far flung possessions and its commercial shipping. Following the French Revolution, Dutch maritime fortunes declined, the Dutch Navy being famously captured by a regiment of French Hussars (the 8th) at Den Helder on the night of  January 23, 1795. The winter had been extremely cold, and the ships were literally frozen in place. The French suck across the ice and captured the ships while most of her crews were asleep... or so goes the standard version. It seems perhaps that the truth is more complicated, and the Dutch fleet reached an agreement with the French rather than actually being captured (Holland was in a state of civil war between the French backed Revolutionary faction and the Orangists supporting the Stadtholder [Dutch sovereign]).  Either way, the ships of the Dutch Republic - Batavian Republic - Kingdom of Holland make a nice force that can be deployed to aid the French or fight them on the tabletop. 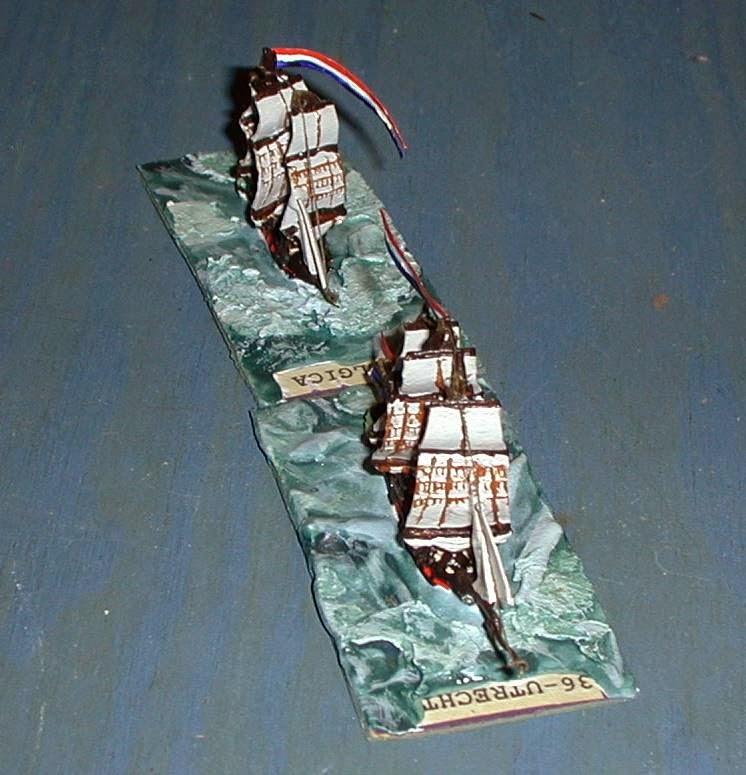 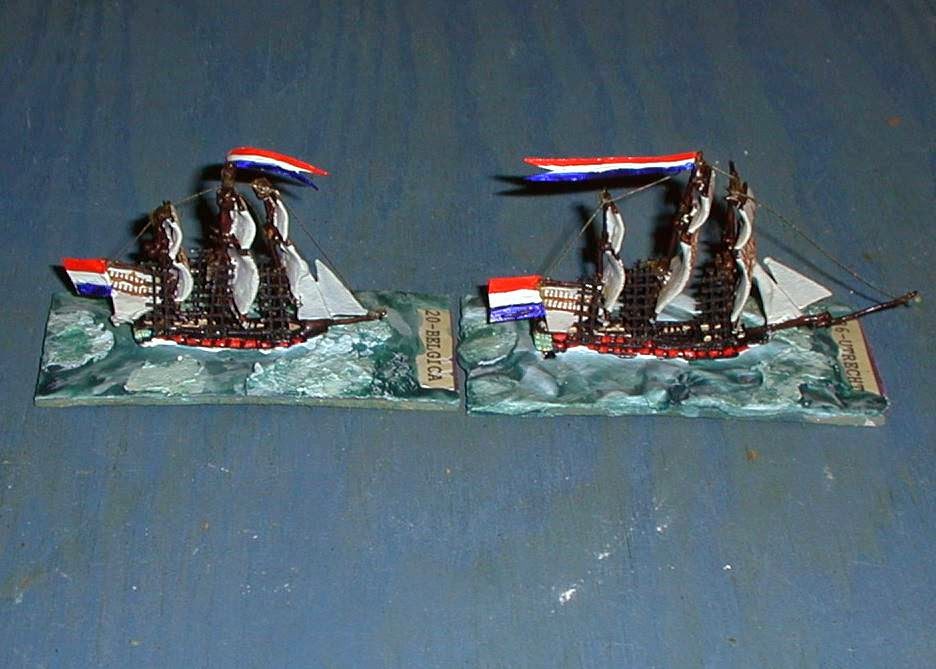 Another view of the sloop and frigate; I painted the strakes of the Dutch ships a bright red color, shading towards orange, as opposed to the dark red I used on the Spanish ships seen previously. 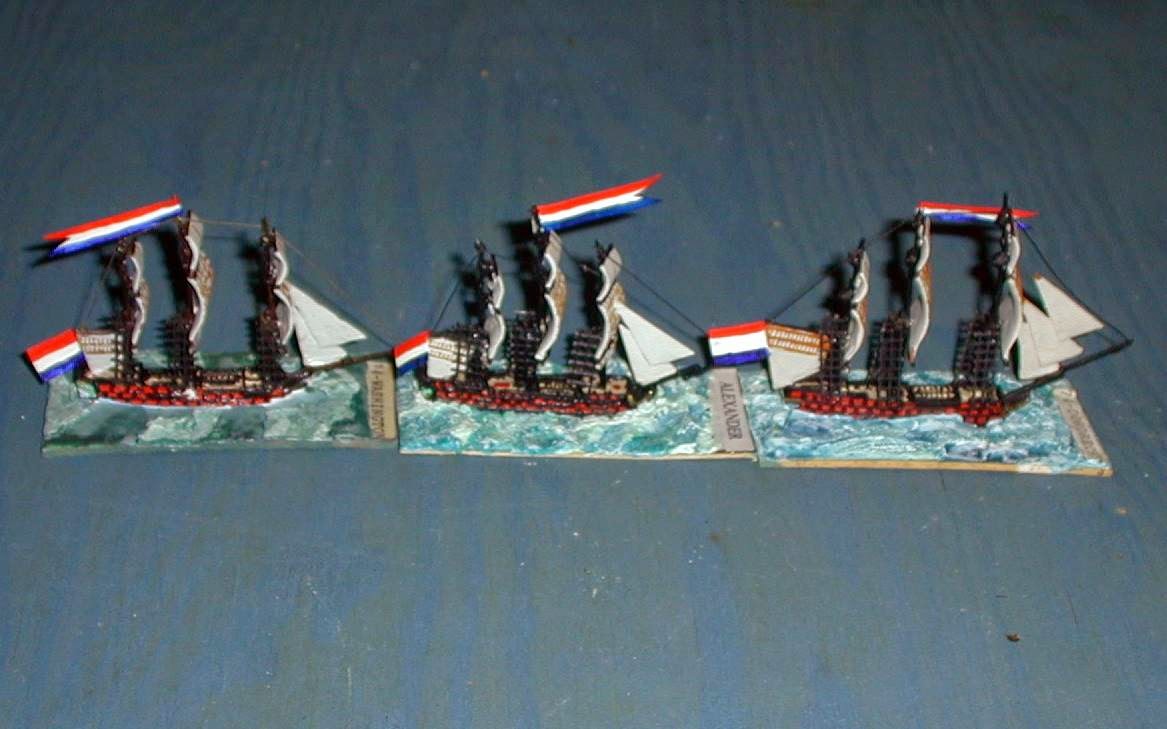 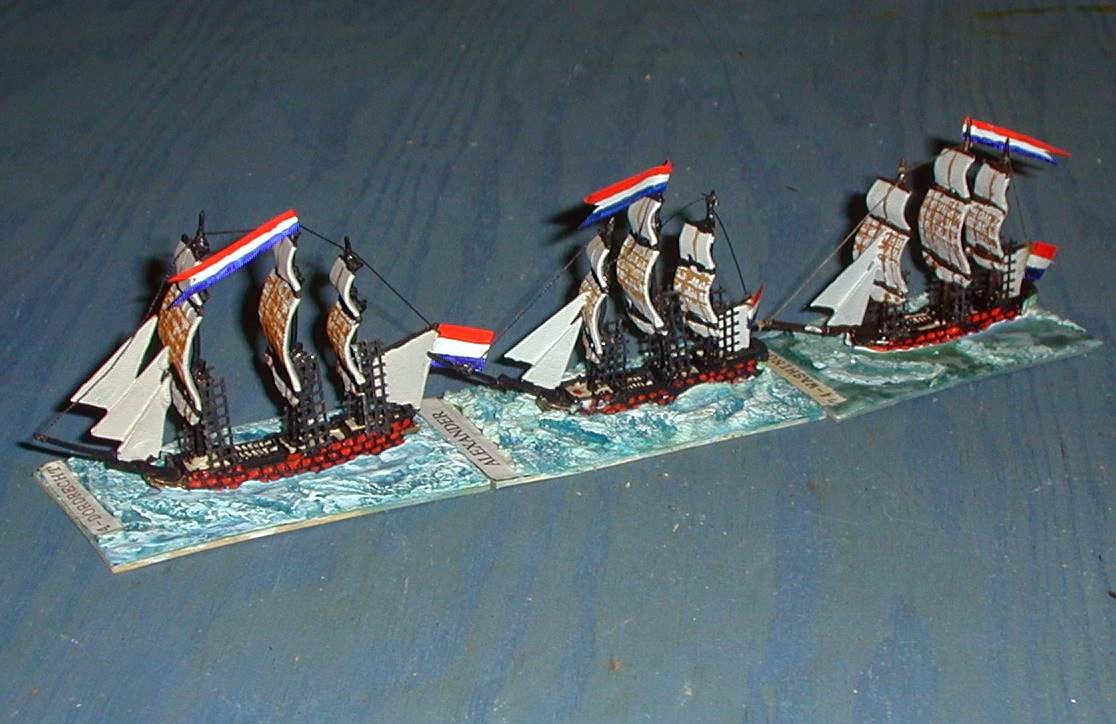 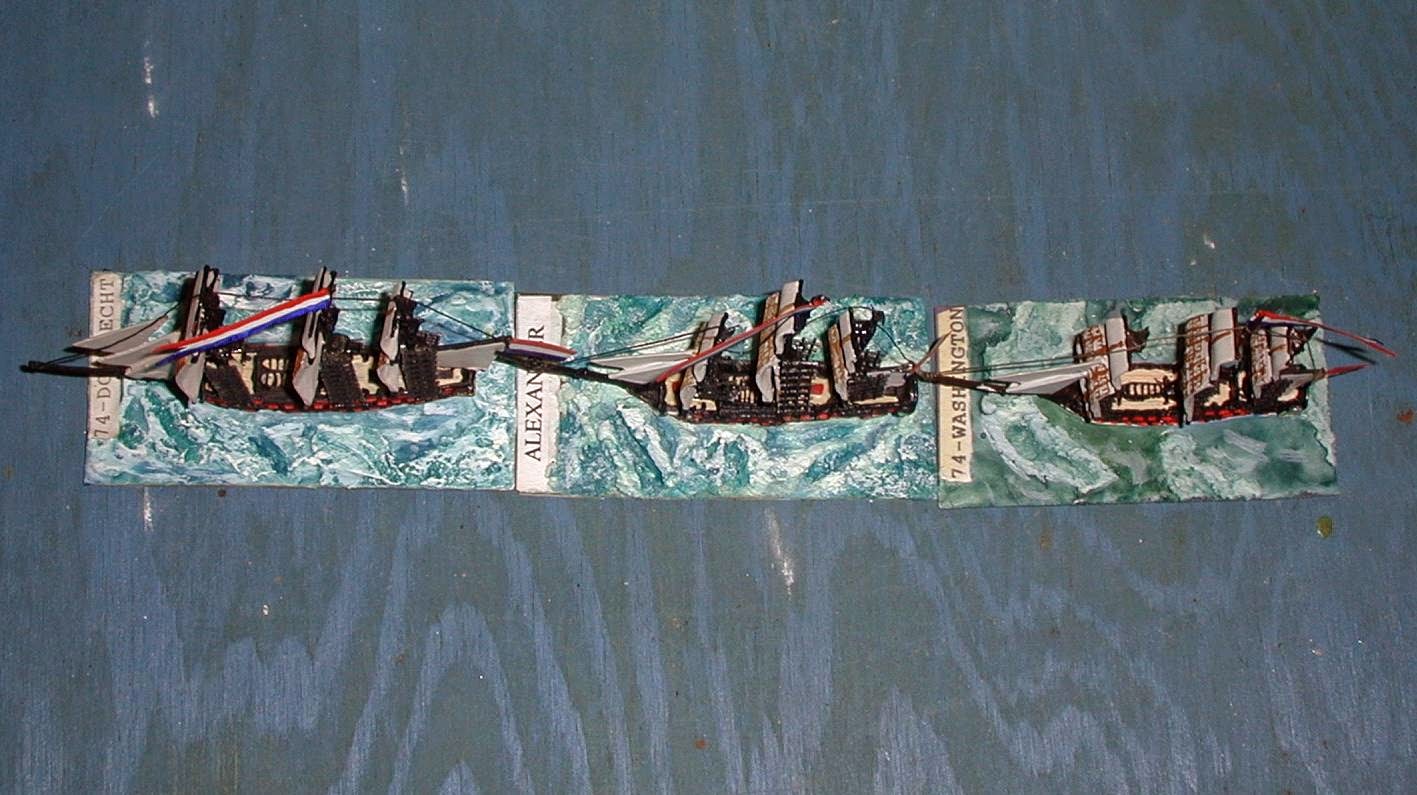 These three 74-gun Ships of the Line are the Dordrecht, the Alexander, and the Washington. 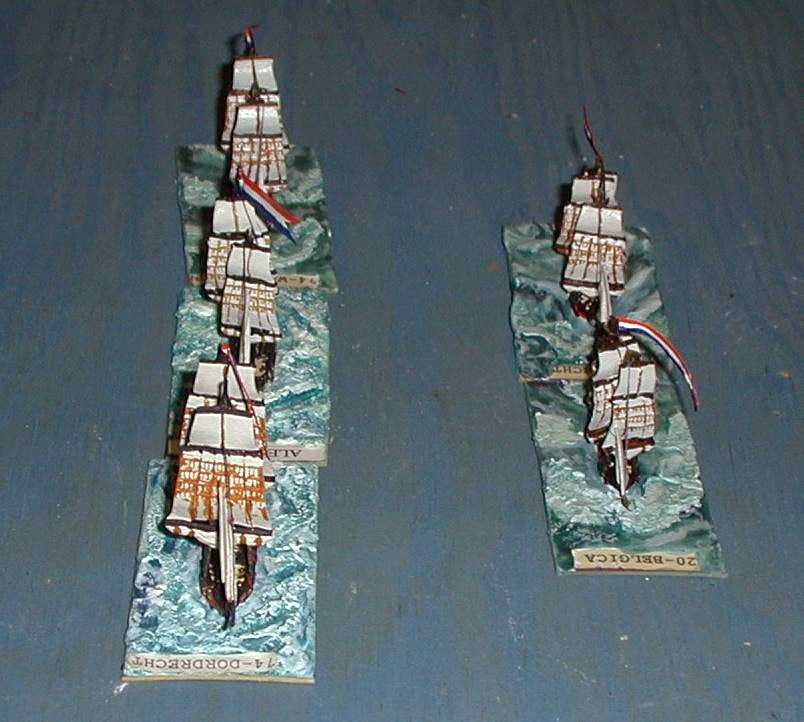 A view of all 5 ships of the Dutch squadron. 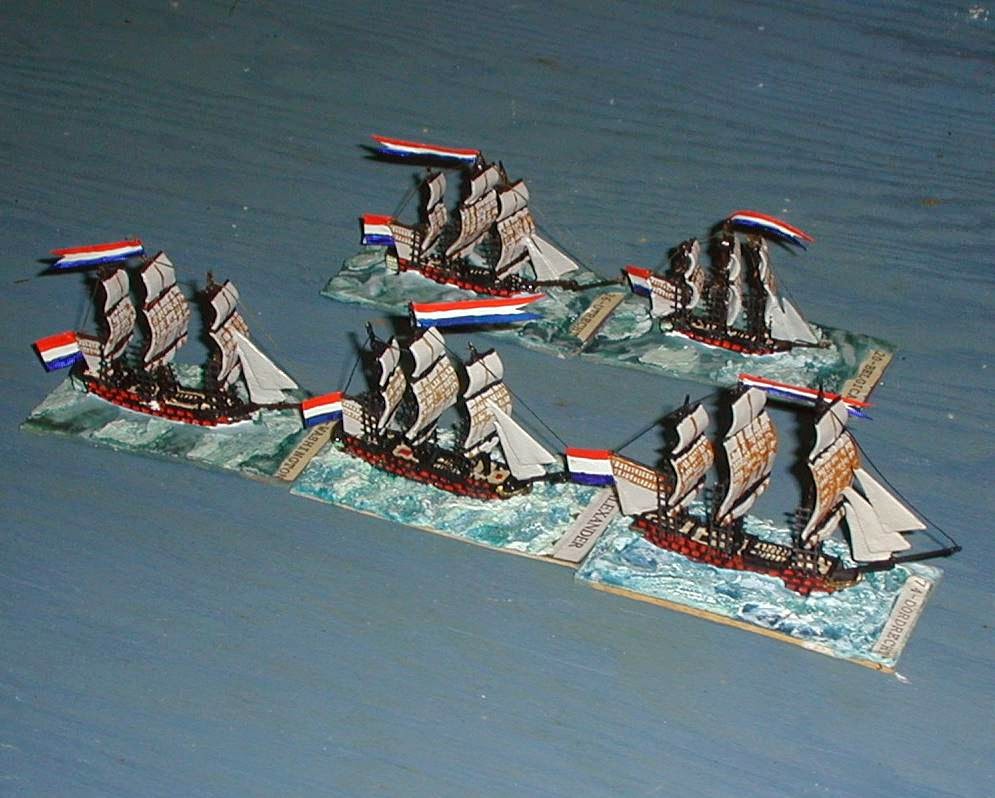 Another view of the five Dutch ships in my collection. It looks like we'll get to try out the Close Action rules tomorrow!
Posted by Gonsalvo at 12:29 PM