Although perhaps the most famous British unit of the Napoleonic Wars, the 95th was also one of the youngest. It derived form the Experimental Corps of Riflemen, formed in 1800, which became the 95th (Rifle) regiment of Foot in 1803. The 95th trained in light infantry tactics along with other two other new  Light Infantry regiments  in 1803. A second battalion was raised in 1805, and a third in 1809. All three battalions served in the Peninsula and elsewhere during the Napoleonic Wars. The 95th was renamed the Rifle Brigade in 1816. 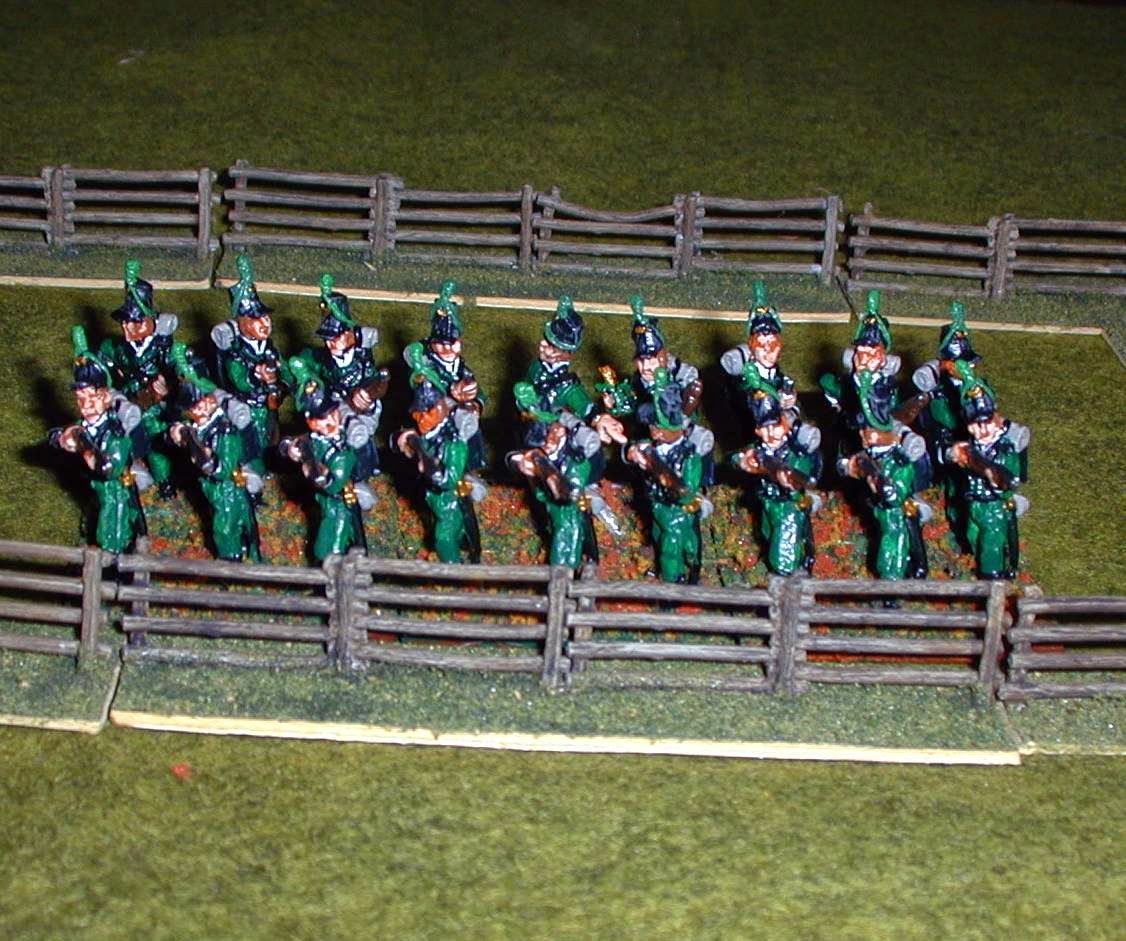 The 95th (Rifle) regiment.  Picking off officers of French units on a tabletop near you! 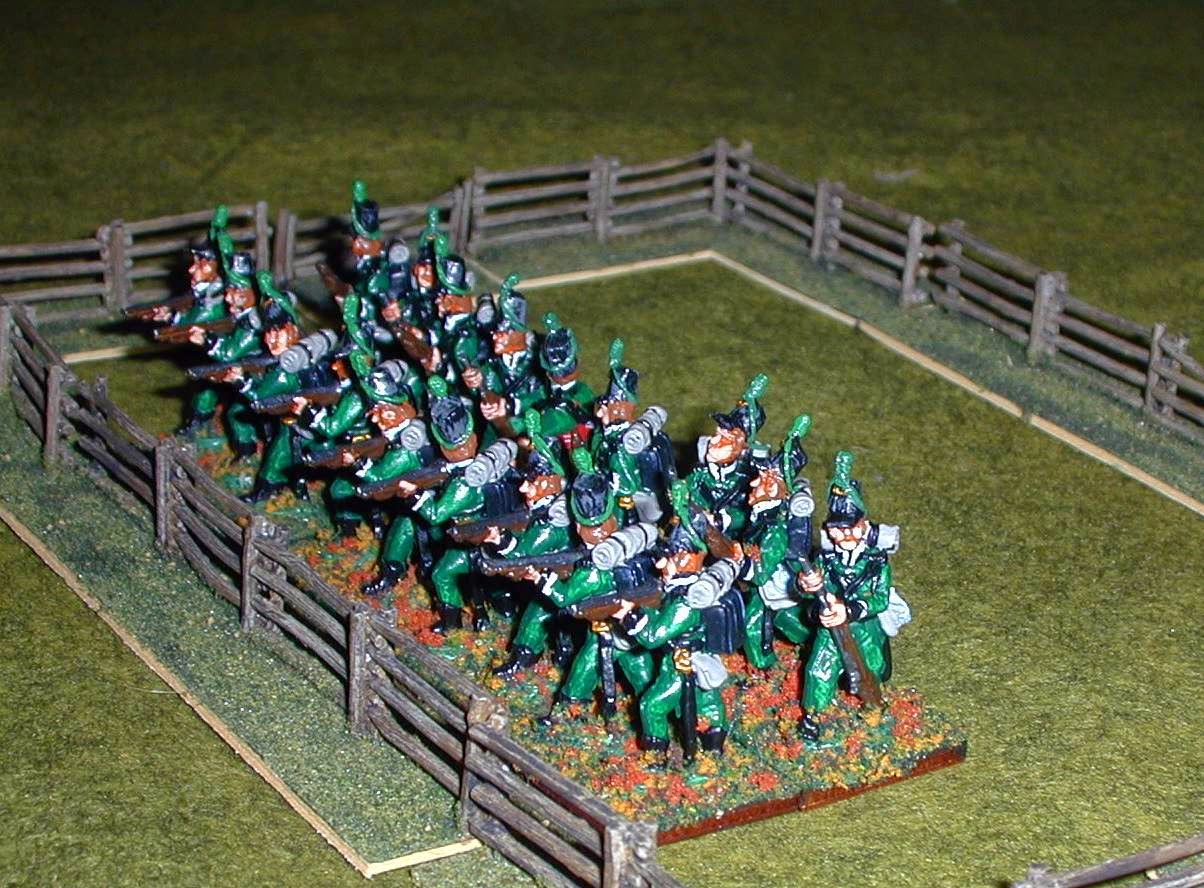 Old Glory 28mm figures. A is often the case, the green is darker on the figures than it appears in the pictures. 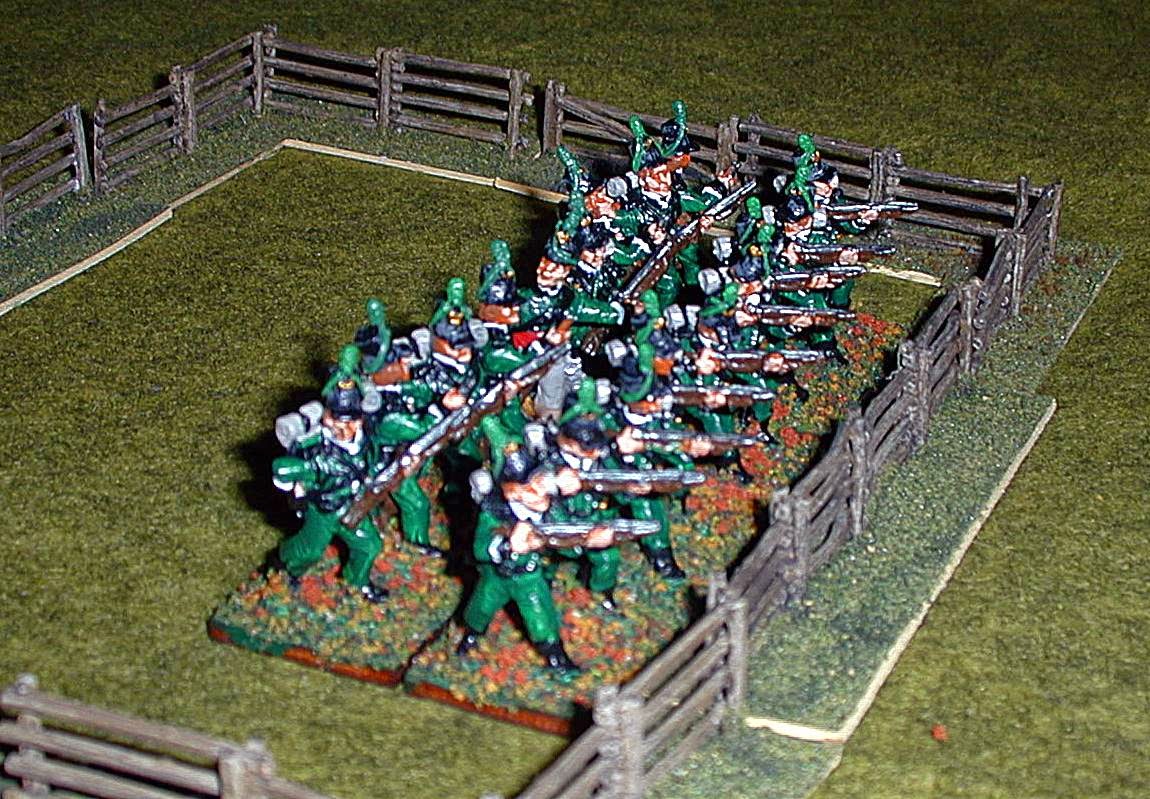 The Baker Rifle was said to be able to hit a man sized target at 200 years, and as far as 400 years in the hands of an expert marksman. 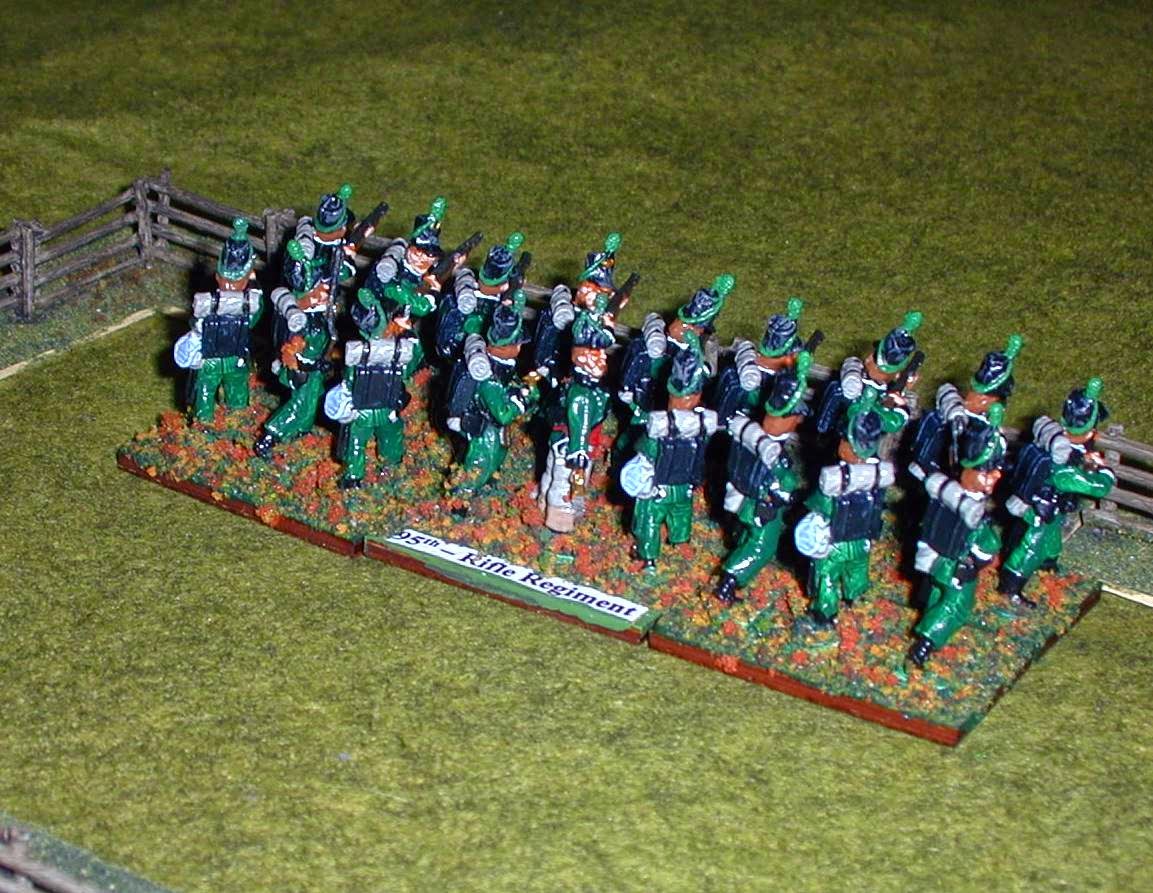 Many of the riflemen were taught to read and write, which may account for the unusually large number of memoirs penned by enlisted men of the Regiment. Those in turn may also partially explain some of the fame of the regiment as it pertains to the Napoleonic Wars!

Similarly, there are an unusually large number of re-enactor/living history units inspired by the 95th, including outfits in the UK, the USA, and Australia.