The major expansion of my Prussian Napoleonic army has added nearly 200 Infantry and 40 cavalry. That much of an increase naturally needs a corresponding increase in the Prussian Artillery arm. This post concerns the new Foot Artillery batteries - four in all. 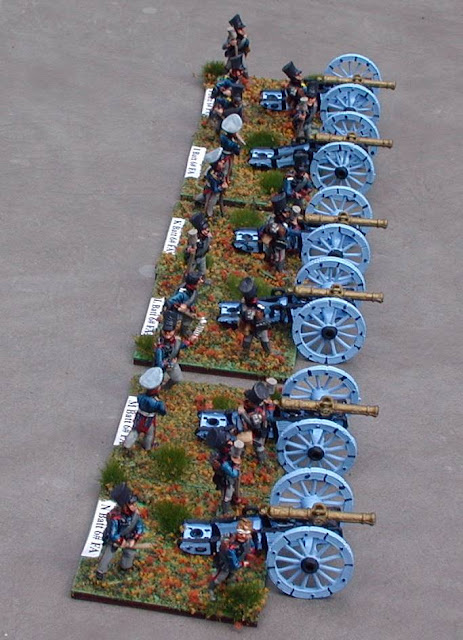 First up are three new six pounder Foot Batteries. Old Glory figures with Sash and Saber guns. The only thing I haven't done yet is to apply the Magic Wash to the guns, which will tone down the blue of the carriages a bit (paint color is Delta CC "Bluejay").

I added some "Large"Silflor tufts to the bases, which looks OK, but I think these "Summer" tufts may be a bit too green, so I am considering dry bushing them with a grey-green color to tone them down somewhat to a shade more in keeping with the early Autumn flocking theme. 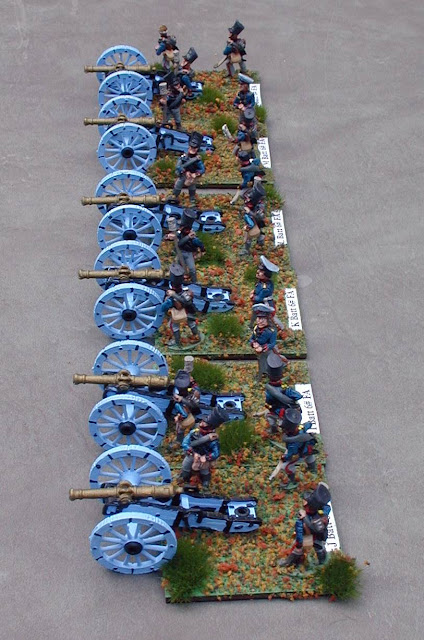 When Foot Artillery officers wore the "schirmutze" cap, it was grey with a black band, piped in red. 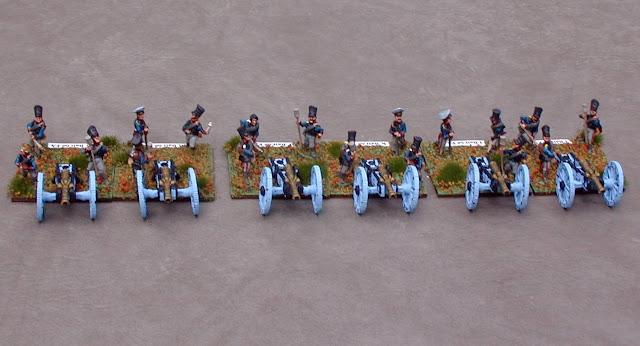 One of the Batteries is from each of the three "brigades" that the artillery were assigned to administratively, with the shoulder strap colors varying accordingly  - Preussisches (white), Brandenburgisches (scarlet), and Schleische (yellow). 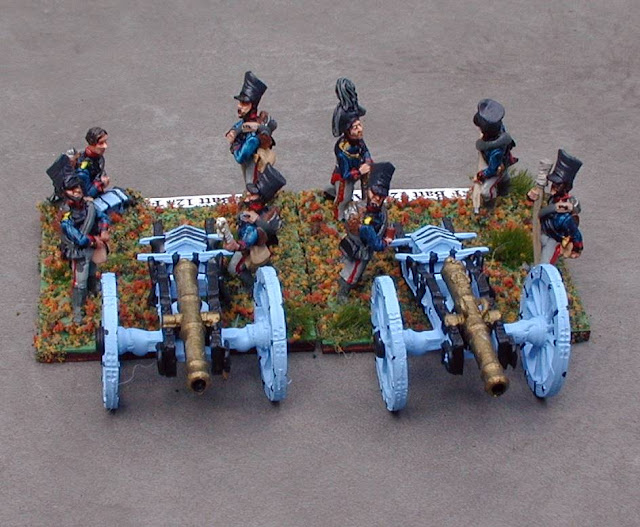 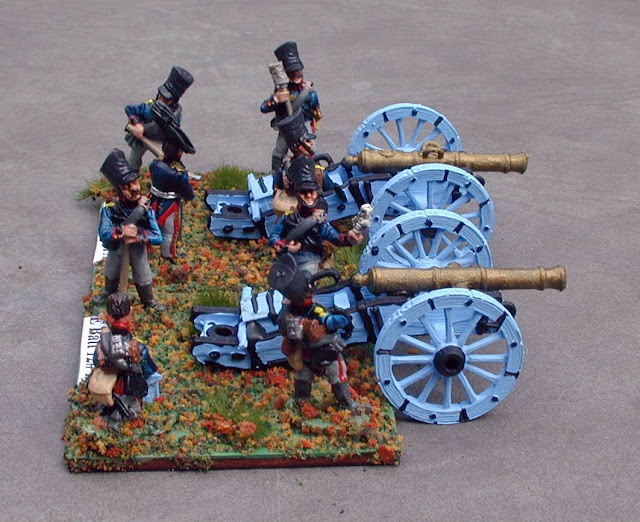 Foot Artillerymen wore dark blue coats with the collars and cuffs in black, trimmed with red. The turnbacks were red. Shoulder straps as previously cited - this unit has yellow straps, placing them in the Silesian Artillery Brigade. In 1815, all batteries changed to red shoulder straps. Boring!  All; leather work was black for the Foot Artillery. 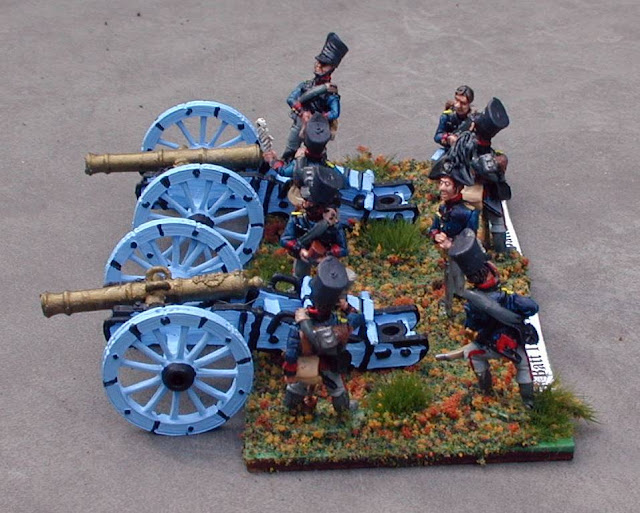 The somewhat old fashioned looking Bicorn was an option for Artillery officers as well, and we can see this battery's commander has opted for same. 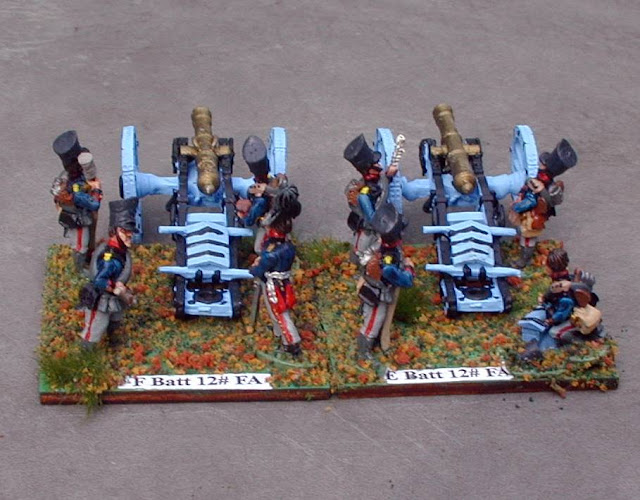 The Prussian Artillery arm underwent an enormous expansion in 1813. Some of the new batteries were designated as "Landwehr" batteries,. but even the nominal "regular" batteries suffered from dilution of trained personnel, so their performance sometimes left something to be desired during the earlier parts of the 1813 campaign. Like their infantry and cavalry counterparts, though, field experience (and the break in fighting for the Armistice) resulted in steady improvement over the course of the Befreiungskrieg, and certainly by Leipzig the Prussian generals had few complaints  about their artillery support.