With Historicon a little over 5 weeks away, still more Prussians have marched off the Painting Table on their way to Ligny! 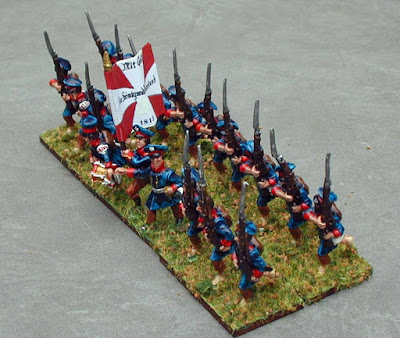 This is the 2nd Brandenburg Landwehr Regiment. As the 2nd regiment of the Province, I have given them red shoulder straps, which conveniently match the red facings of Brandenburg Province. 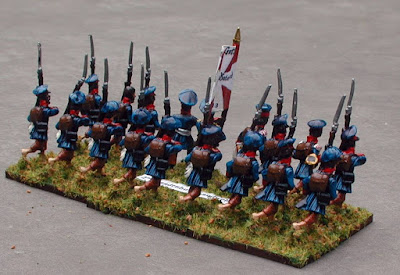 Nash says that while the regulation was for white or dark blue pants, in 1813 beige and grey were often seen (as well as Litewkas in Grey or even brown cloth). I've given this unit ragged red-brown pants (and clogs). 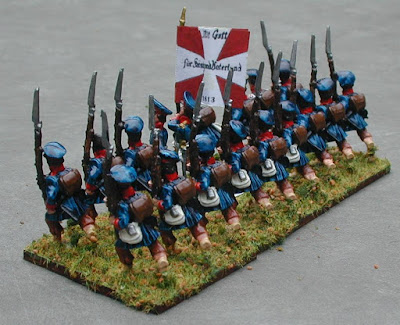 I saw a unit of old school Prussian Landwehr on the "La Bricole" forum earlier this year, and they had a flag like the one above, bearing a large white "Landwehr Cross", but with red replacing the usual black background. There is probably no historical justification for it (and of course the Landwehr weren't even supposed to have flags, at least officially), Still I think it's very attractive. It was easy enough to change the black to red on a Napflag Prussian Landwehr flag using MS Paint. As usual, the printed out flag was enhanced with some dark red (CC Morocco Red) actual paint, giving the color much more intensity. 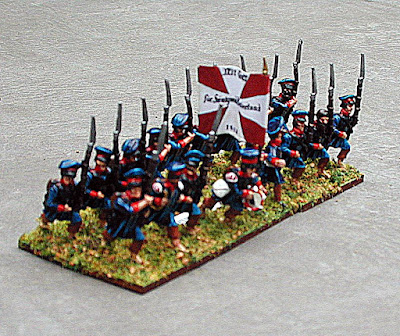 These are of course 28mm Old Glory Figures - from the "Silesian Landwehr" pack. 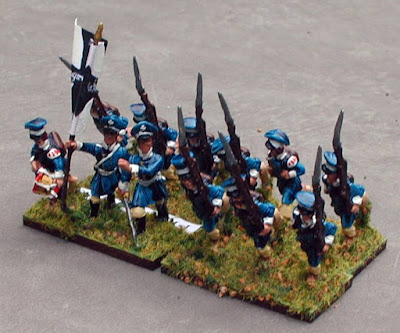 \
First Pomeranian Landwehr Regiment; drawn from the same Old Glory pack as the Brandeburgers above. 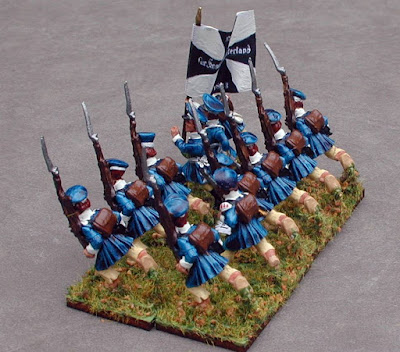 White facings for Pomerania province, and I have given them matching white shoulder straps as the first Regiment of the province. They carry a more typical Landwehr flag. 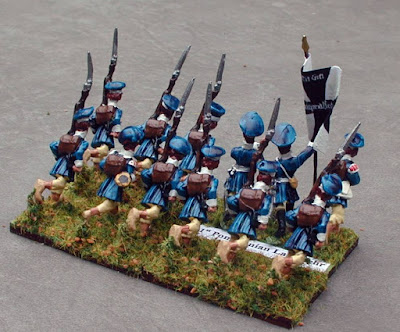 Beige/tan pants for this outfit, somewhat tattered again, and clogs.
Posted by Gonsalvo at 8:42 AM