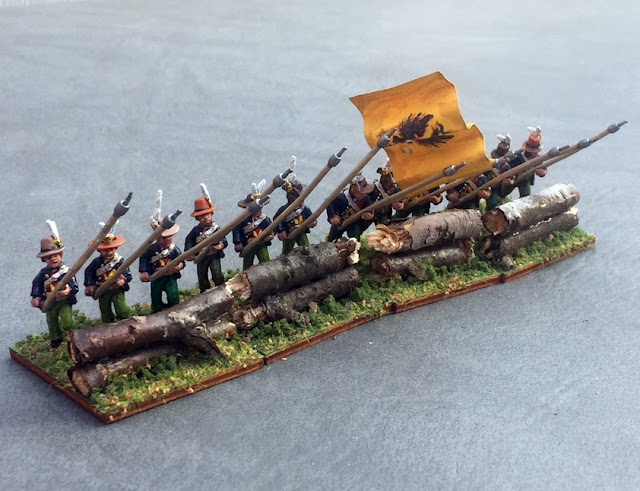 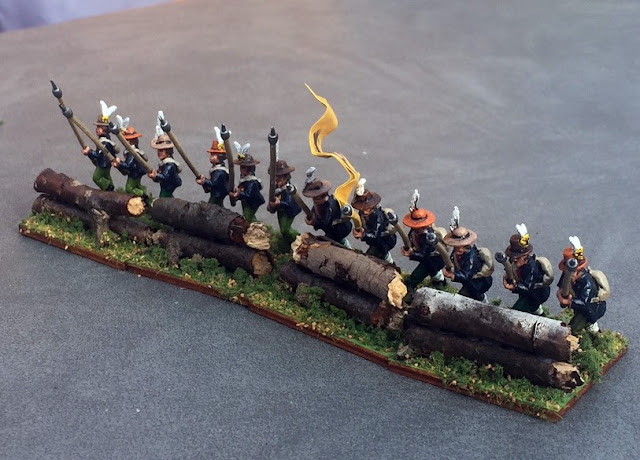 Some on line searching found some additional English language accounts of the War in the Tyrol that are out of copyright, and similarly romantic to Morris, whose account is not yet concluded. 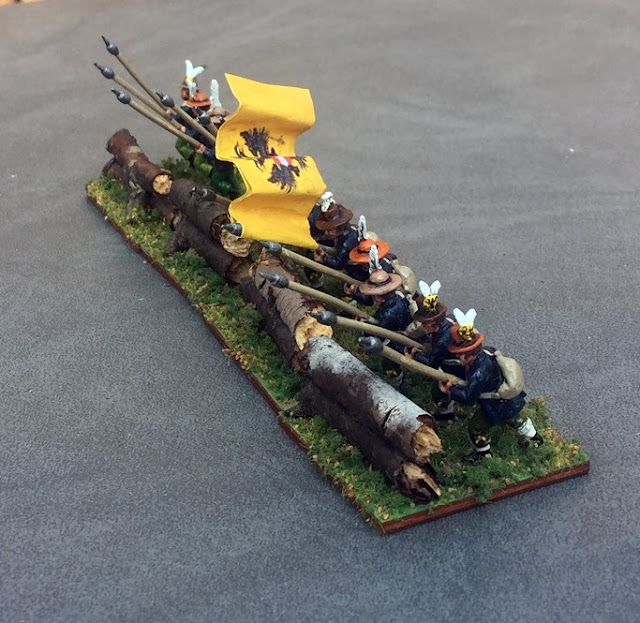 From: James Connolly, Insurrection in the Tyrol (1915)

After the total defeat of the Austrians and the capture of Vienna by Napoleon, the city of Innsbruck was retaken by a French army of 30,000 men. Hofer was summoned by the French General to appear at Innsbruck. He replied stating that he “would come but it would be attended by 10,000 sharpshooters.” 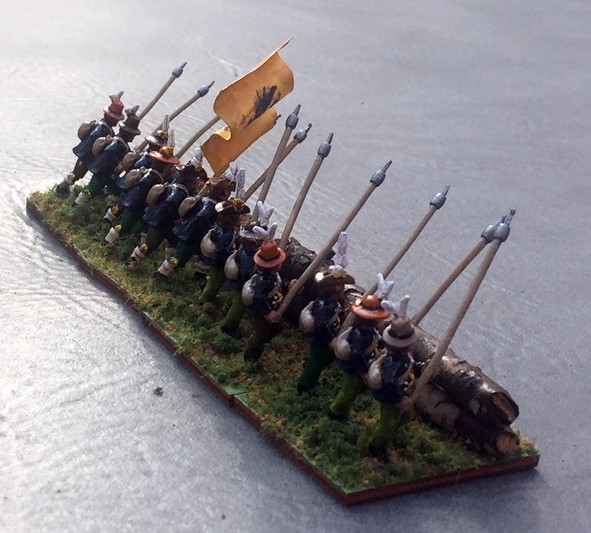 At first the peasantry had been so discouraged by their abandonment by the Austrians that a great number of them bad gone to their homes, but at the earnest solicitation of their leaders they again rallied, and hostilities re-opened on August 4th.

A column of French and Bavarians were crossing the bridge at Laditch where the high road from Balsano to the capital crosses the river Eisach. The Tyrolese under Haspinger occupied the overhanging woods, and when the troops were well in the defile they rained bullets and rocks upon them without showing themselves. Men were falling at every step, and the crushing rocks tore lanes through the ranks. 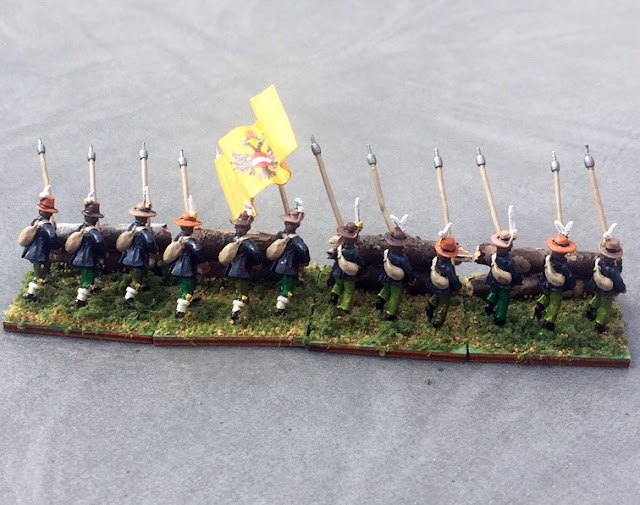 The soldiers pressed on until the narrowest point of the defile was reached when a sudden silence fell upon the mountain side. Awestruck, the column involuntarily halted, and amid the silence a voice rang out –

Recovering, the troops resumed their march in silence and apprehension, and then as they wound deeper into the path the second voice again rang out –

“Now, in the name of the Father, Son and Holy Ghost, cut loose.” And at the word, a hinge platform of tree trunks, upon which tons of rocks had been collected, was suddenly cut loose, and the whole mass descended like an avalanche upon the soldiery, sweeping whole companies away and leaving a trail of mangled bodies behind it. Despite this terrible catastrophe the column pushed its way on towards the bridge, only to find it in flames, and a raging torrent barring their further progress. They retreated to their starting point harassed all the way by the invisible enemy and with a loss of 1,200 men.