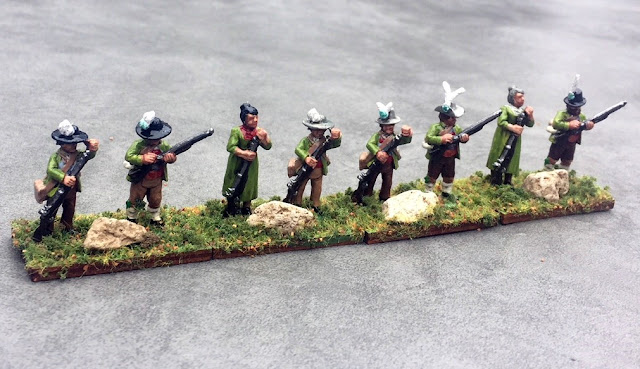 Next up is another unit of Tirolese Schutzen, this group lead by Herr Wolfgang Iselsberg. 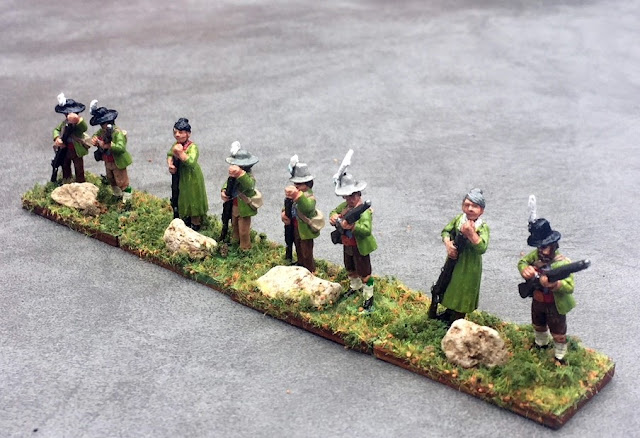 Their order of dress is grass green jackets, pants in shades of brown and hats inn shades of grey. 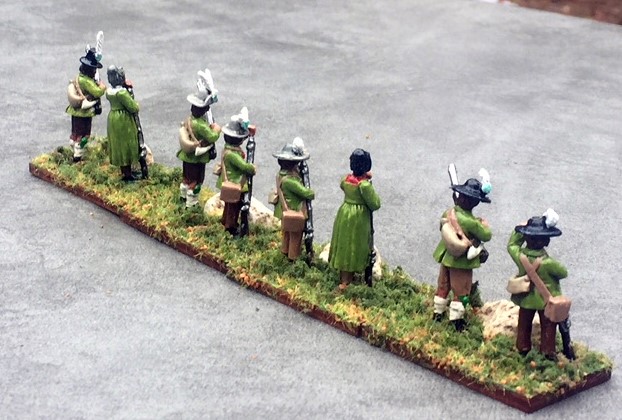 The freedom thus gained by the Tyrolese was not likely to be permanent with Napoleon for their foe. The Austrians hastened to the defence of the country which had been so bravely won for their emperor. On the other side came the French and Bavarians as enemies and oppressors. Lefebvre, the leader of the invaders, was a rough and brutal soldier, who encouraged his men to commit every outrage upon the mountaineers.
For some two or three months the conflict went on, with varying fortunes, depending upon the conditions of the war between France and Austria. At first the French were triumphant, and the Austrians withdrew from the Tyrol. Then came Napoleon's defeat at Aspern, and the Tyrolese rose and again drove the invaders from their country. In July occurred Napoleon's great victory at Wagram, and the hopes of the Tyrol once more sank. All the Austrians were withdrawn, and Lefebvre again advanced at the head of thirty or forty thousand French, Bavarians, and Saxons. 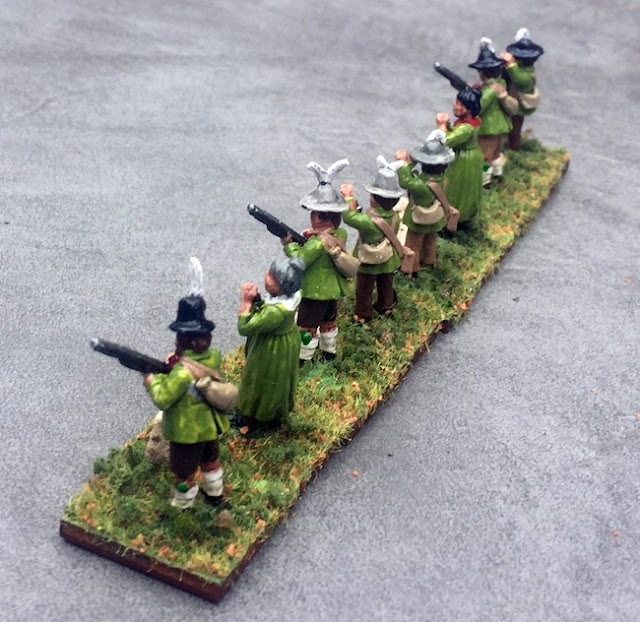 The courage of the peasantry vanished before this threatening invasion. Hofer alone remained resolute, saying to the Austrian governor, on his departure, "Well, then, I will undertake the government, and, as long as God wills, name myself Andrew Hofer, host of the Sand at Passeyr, and Count of the Tyrol."
He needed resolution, for his fellow-chiefs deserted the cause of their country on all sides. On his way to his home he met Speckbacher, hurrying from the country in a carriage with some Austrian officers.
"Wilt thou also desert thy country!" said Hofer to him in tones of sad reproach.
Another leader, Joachim Haspinger, a Capuchin monk, nicknamed Redbeard, a man of much military talent, withdrew to his monastery at Seeben. Hofer was left alone of the Tyrolese leaders. While the French advanced without opposition, he took refuge in a cavern amid the steep rocks that overhung his native vale, where he implored Heaven for aid. 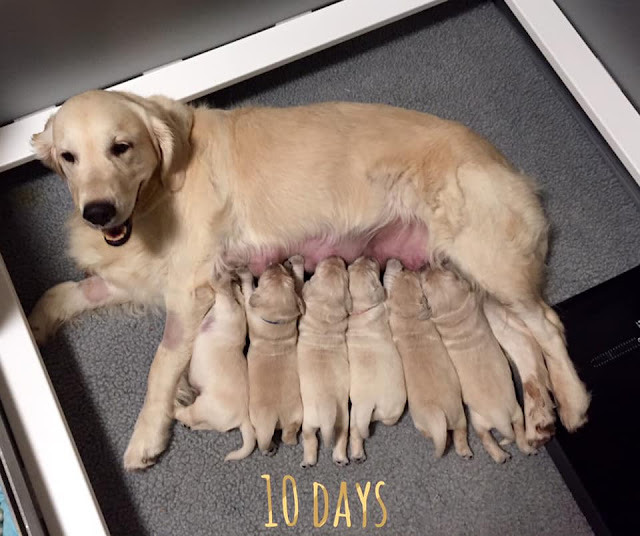 2 weeks ago, my daughter, Kristie's dog, Annie gave birth to a litter of six puppies. They were born by Cesarean section,  so we all helped resuscitate them. Here are mom and pups at 10 days old. Annie is a very attentive mother! 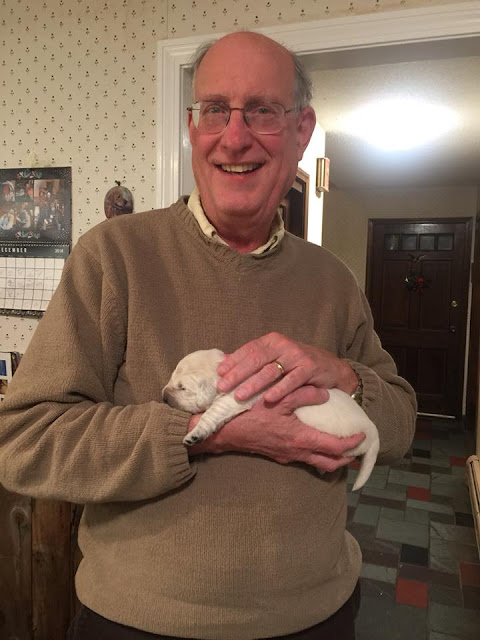 Here I am holding one of the pups, who is happy to sleep in my arms. They are starting to really like being held and petted. This is probably the one that we will keep. Kristie will keep another, and the other four are all spoken for., and will go to their new homes at about 9 weeks of age.
Posted by Gonsalvo at 7:41 AM