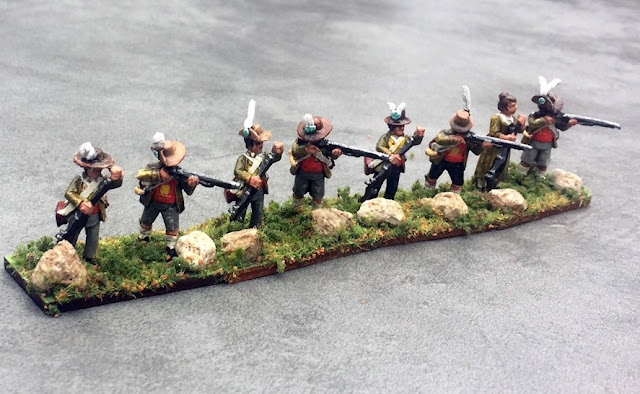 The last of the "Green Brigade" is this unit of Schutzen, lead by Herr Anton Kerschbaum. 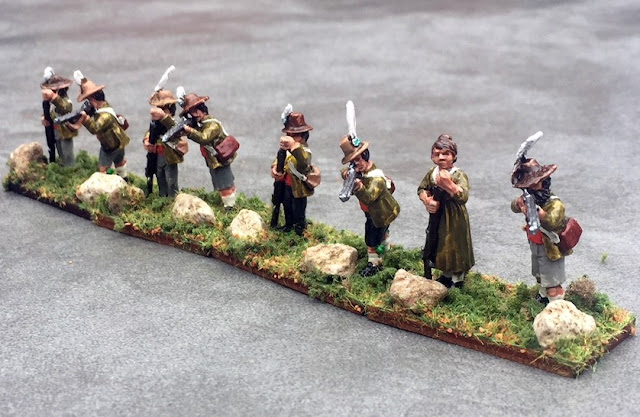 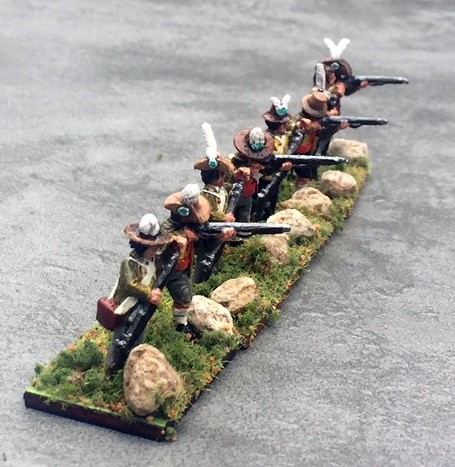 Note the green and white rosettes on their hats. 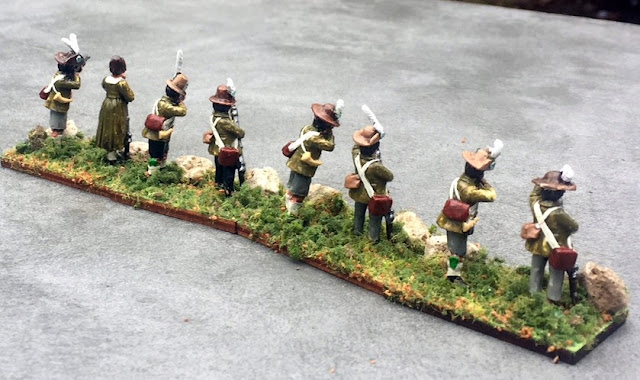 A second corps d'armee advanced up the valley of the Inn as far as the bridges of Pruz. Here it was repulsed by the Tyrolese, and retreated under cover of the darkness during the night of August 8. The infantry crept noiselessly over the bridge of Pontlaz. The cavalry followed with equal caution but with less success. The sound of a horse's hoof aroused the watchful Tyrolese. Instantly rocks and trees were hurled upon the bridge, men and horses being crushed beneath them and the passage blocked. All the troops which had not crossed were taken prisoners. The remainder were sharply pursued, and only a handful of them escaped. 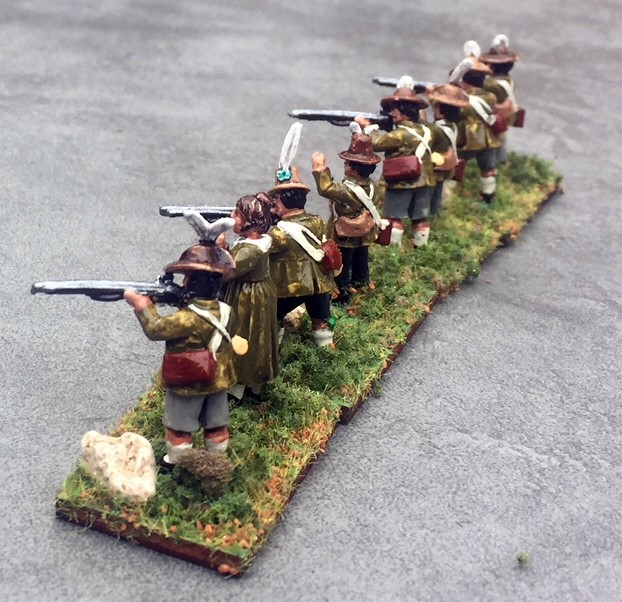 The other divisions of the invading army met with a similar fate. Lefebvre himself, who reproached the Saxons for their defeat, was not able to advance as far as they, and was quickly driven from the mountains with greatly thinned ranks. He was forced to disguise himself as a common soldier and hide among the cavalry to escape the balls of the sharp-shooters, who owed him no love. The rear-guard was attacked with clubs by the Capuchin and his men, and driven out with heavy loss. During the night that followed all the mountains around the beautiful valley of Innsbruck were lit up with watch-fires. In the valley below those of the invaders were kept brightly burning while the troops silently withdrew. On the next day the Tyrol held no foes; the invasion had failed.

Hofer placed himself at the head of the government at Innsbruck, where he lived in his old simple mode of life, proclaimed some excellent laws, and convoked a national assembly. The Emperor of Austria sent him a golden chain and three thousand ducats. He received them with no show of pride, and returned the following naive answer: "Sirs, I thank you. I have no news for you to-day. I have, it is true, three couriers on the road, the Watscher-Hiesele, the Sixten-Seppele, and the Memmele-Franz, and the Schwanz ought long to have been here. I expect the rascal every hour."