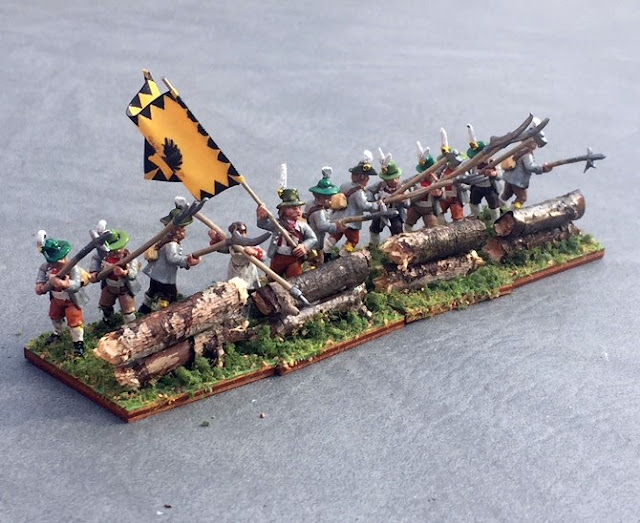 Freiherr Franz Dienstag commands the last of the 6 units of Landsturm in my Tyrolese forces. 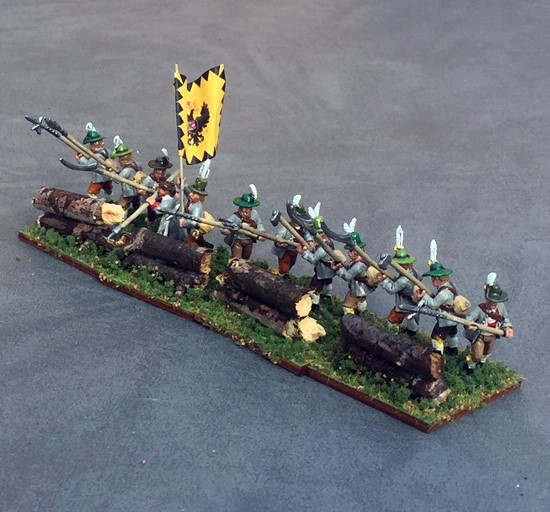 His men (and women) wear light grey coats with pants in shades of brown, and the famous green hats. 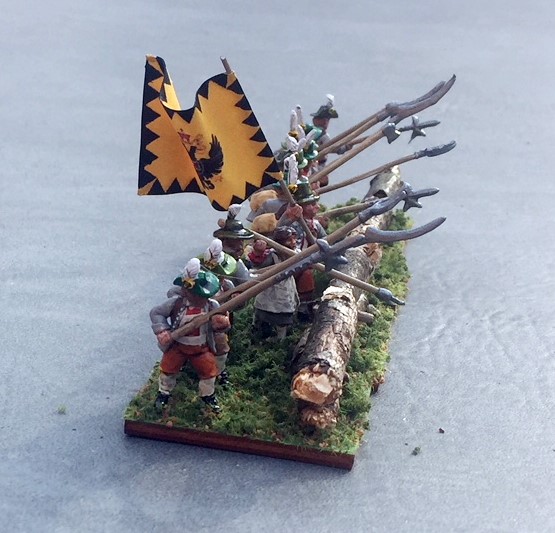 As the last of the units, they got the "leftovers" when it came to armament... a mixture of scythes, ancient halberds, pitchforks, poleaxes, and awls! 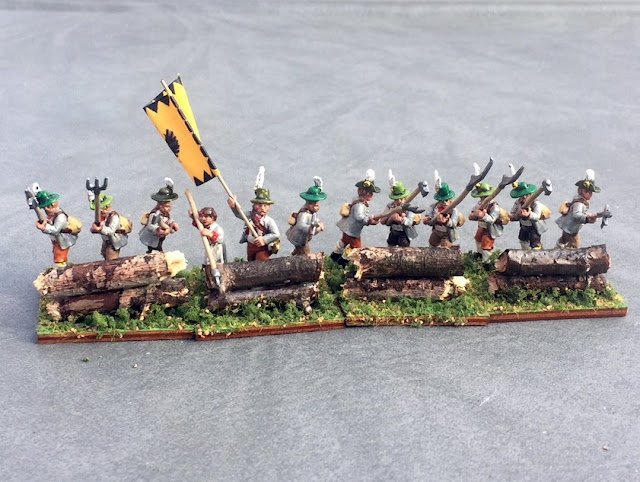 Our narrative by Charles Morris continues, with the sad account of Hofer's end. Napoleon was not a man to have sympathy for rebels of any kind, his roots in the French Revolution notwithstanding!
His captors treated him with brutal violence. They tore out his beard, and dragged him pinioned, barefoot, and in his night-dress, over ice and snow to the valley. Here he was placed in a carriage and carried to the fortress of Mantua, in Italy. Napoleon, on news of the capture being brought to him at Paris, sent orders to shoot him within twenty-four hours. 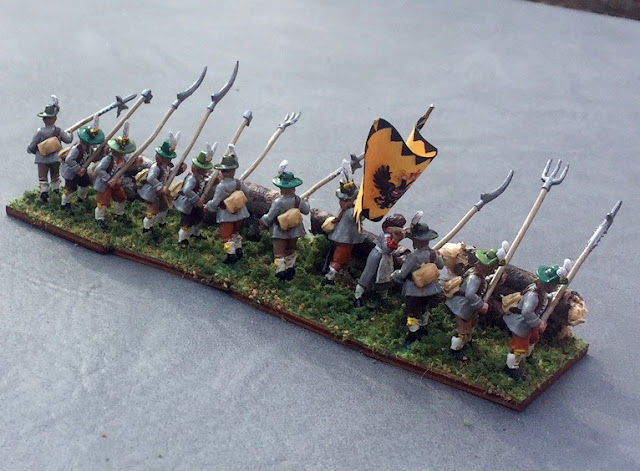 He died as bravely as he had lived. When placed before the firing-party of twelve riflemen, he refused either to kneel or to allow himself to be blindfolded. "I stand before my Creator," he exclaimed, in firm tones, "and standing will I restore to him the spirit he gave." 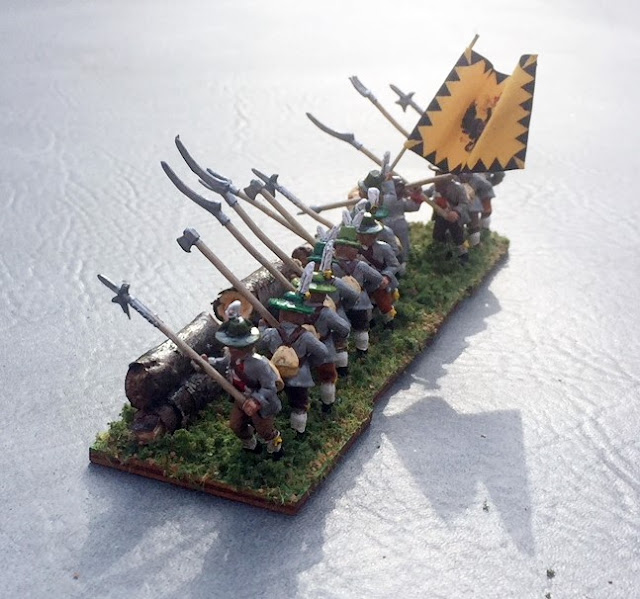 He gave the signal to fire, but the men, moved by the scene, missed their aim. The first fire brought him to his knees, the second stretched him on the ground, where a corporal terminated the cruel scene by shooting him through the head. He died February 20, 1810. At a later date his remains were borne back to his native alps, a handsome monument of white marble was erected to his memory in the church at Innsbruck, and his family was ennobled.
Posted by Gonsalvo at 12:43 PM