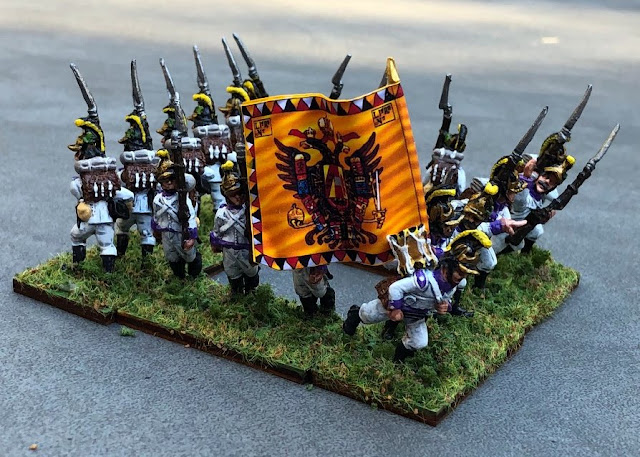 The third of the 5 new regiments to join the K. und K army is I.R #50, "Graf Stain". The regiment has violet facings and pewter buttons. 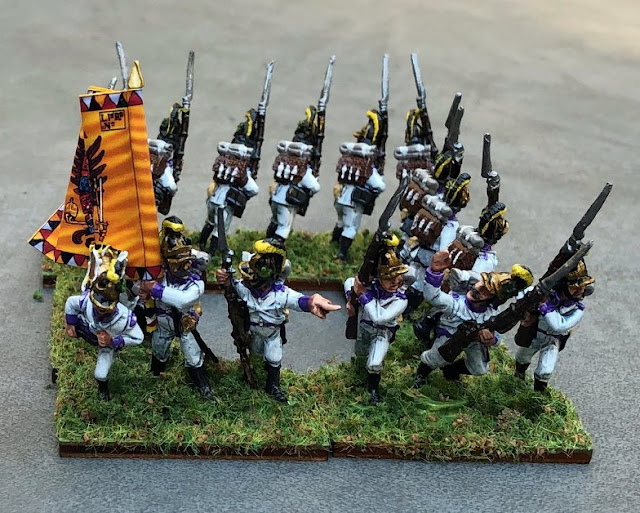 From 1773-1809 the Inhaber of the regiment was  Feldzugmeister Karl-Leopold, Graf Stain, ); Following the defeat of Austria in the 1809 campaign the regiment was disbanded. It still not yet reformed in 1815. 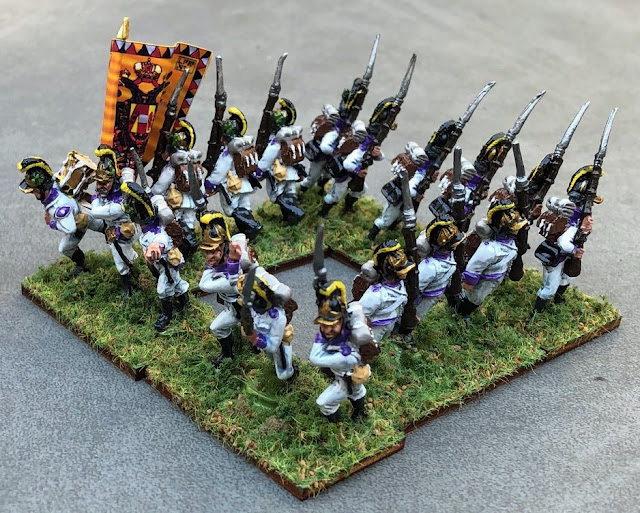 During the 1809 campaign, the regiment was originally part of the V Corps, commanded by Erzherzog Ludwig; however, it soon became attached to the 1st Reserve Corps under Lichtenstein, and as such saw action at Abensberg, Teugen, and Eggmuhl. The 3rd battalion fought at Ebelsberg. 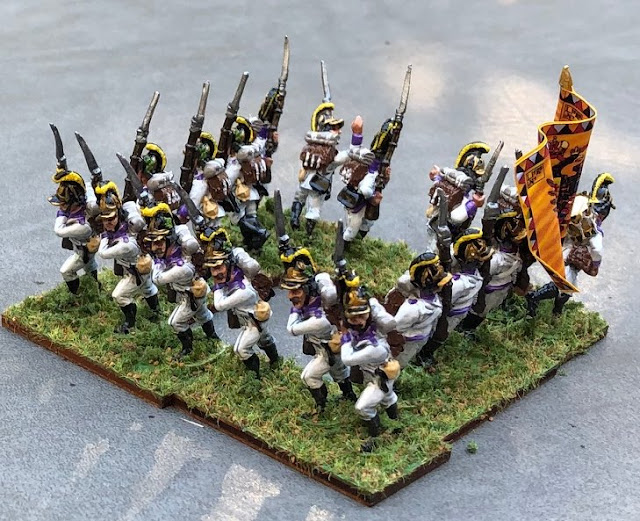 At Aspern, the first 2 battalions were part of Hohenzollern's II Corps, and it suffered heavy losses in the fighting. The 3rd battalion saw action at Wagram, fighting as part of Radetsky's Division of the IV Corps. The regiment was originally recruited in Upper Austria, and then later West Galicia and Poland.