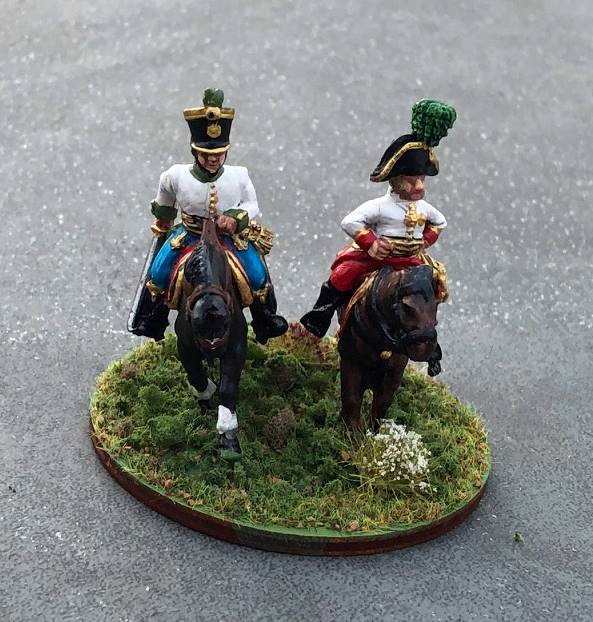 FML Franz Rosenberg - Orsini was from the Itian portion of the Hapsburg empire. 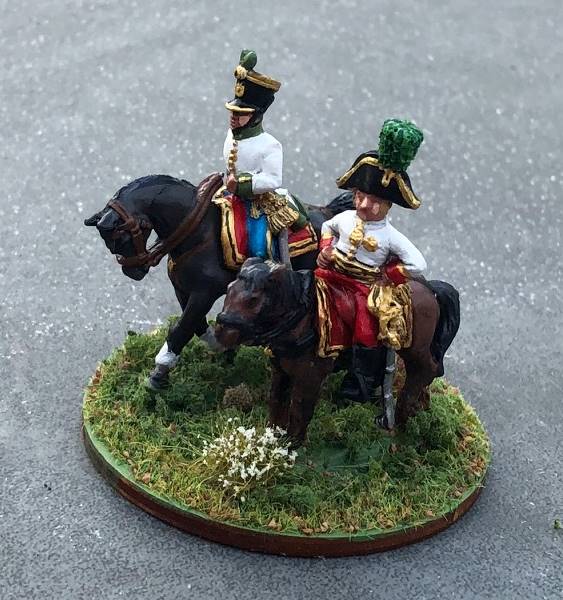 This Foundry figure depicts him as being rather portly. 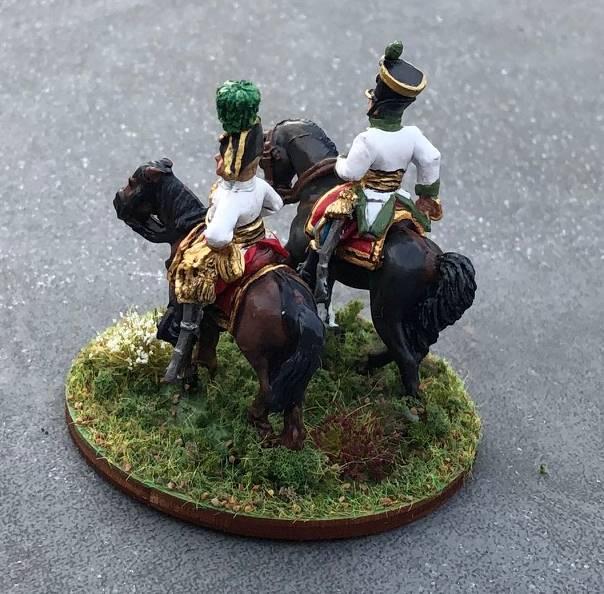 He commanded a Brigade under Herzerzog Karl in Germany, and a  wing of the Army of Italy at the second Battle of Caldiero in 1805. In 1809, he commanded the IV Corps, and fought at Eggmuhl, Aspern-Essling, and Wagram. 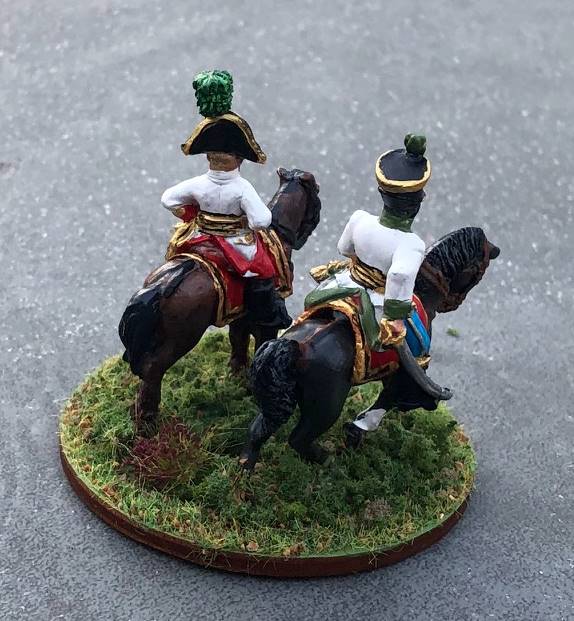 I have paired him with the mounted Colonel of a Hungarian regiment, a figure that was part of the "300 Austrians, likely from Front Rank. 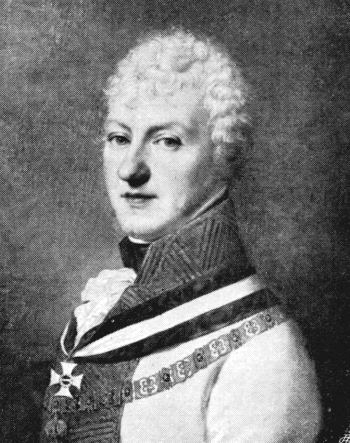 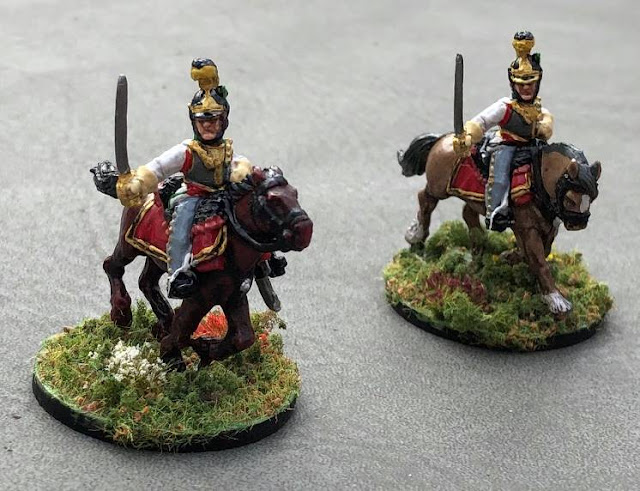 A pair of Cuirassier officers to lead the Divisons of these elite horsemen. 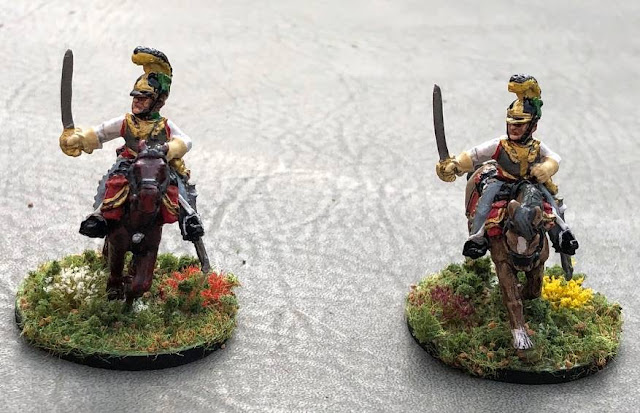 Note the elongated gold triangles on the chest of the Cuirasses, supposedly emulating the gorgets of other nation's officer corps. 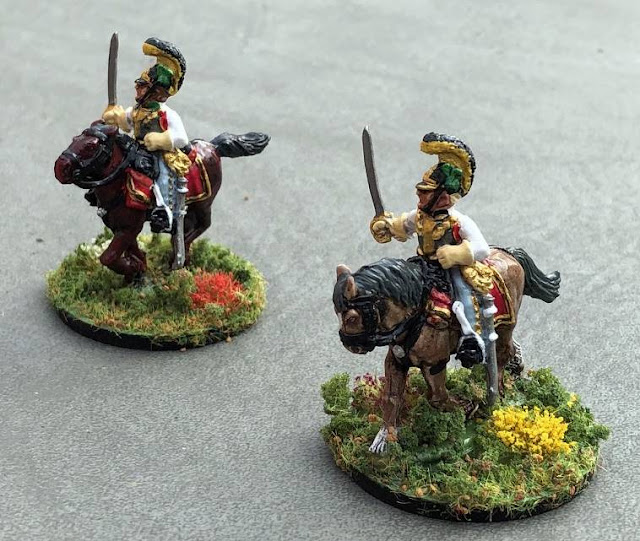 As my Cavalry regiments have 8 figures and Foundry cavalry figures come in groups of three, the two surplus officers are thus promoted to Field grade! 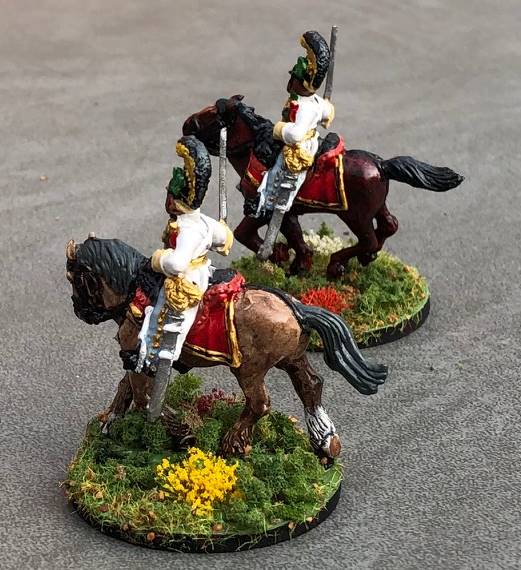 One rides a Chestnut and the other a Bay. 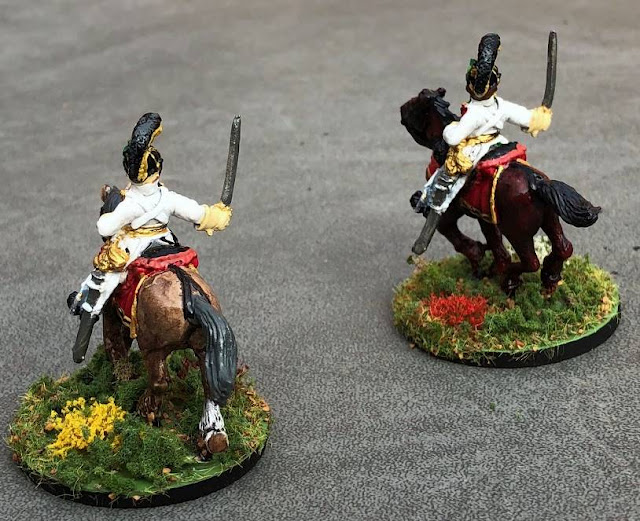 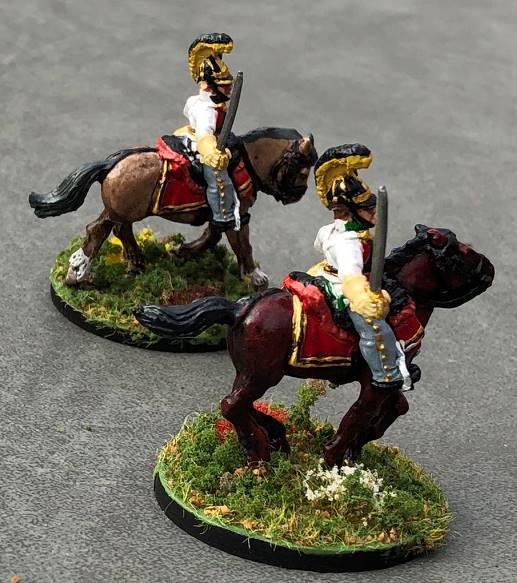