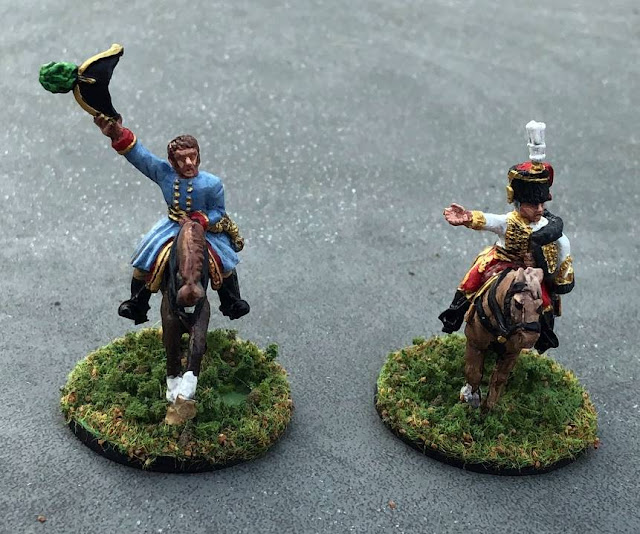 That's GM as in General-Major, the Austrian equivalent of a Brigadier General, not game master! 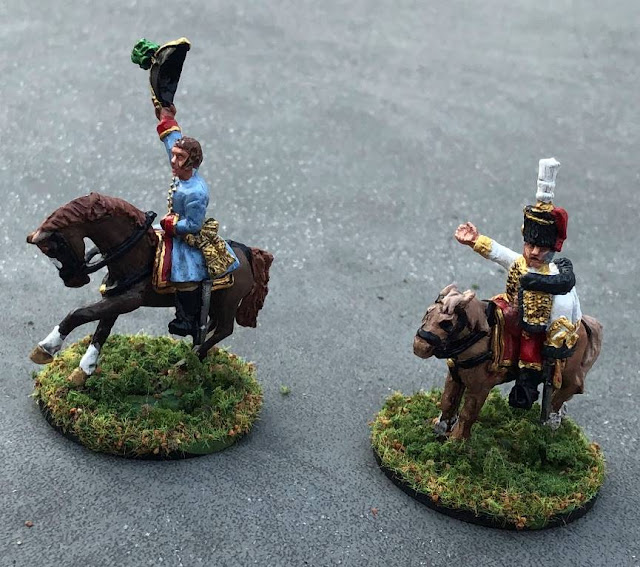 These are more Foundry figures. To the right is a Hungarian Cavalry general 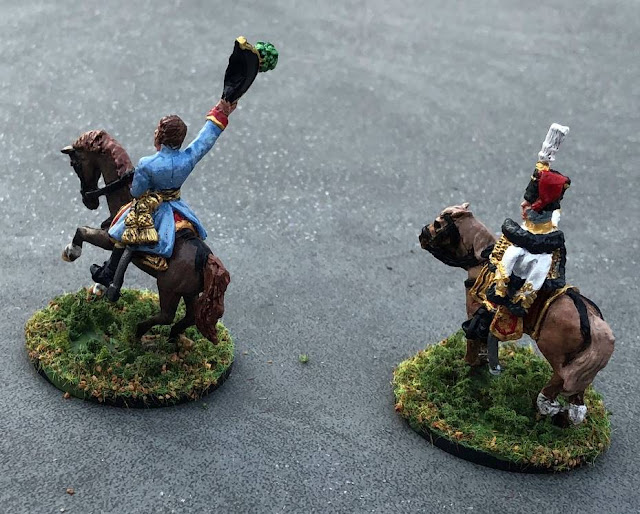 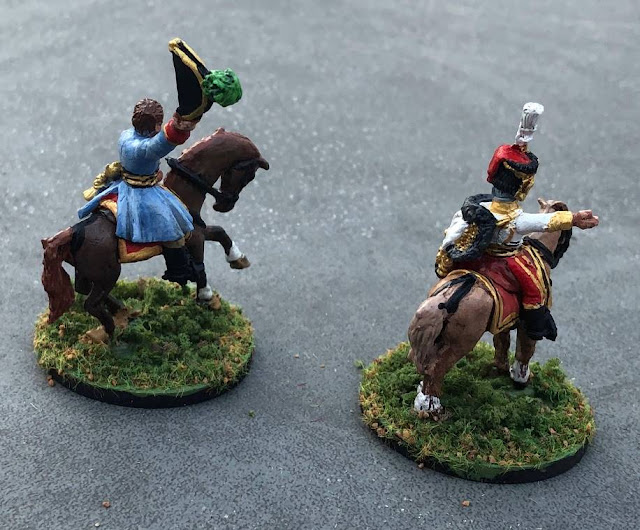 To the left is an officer in the somewhat outdated hechtcrau coat from the late 1790's. 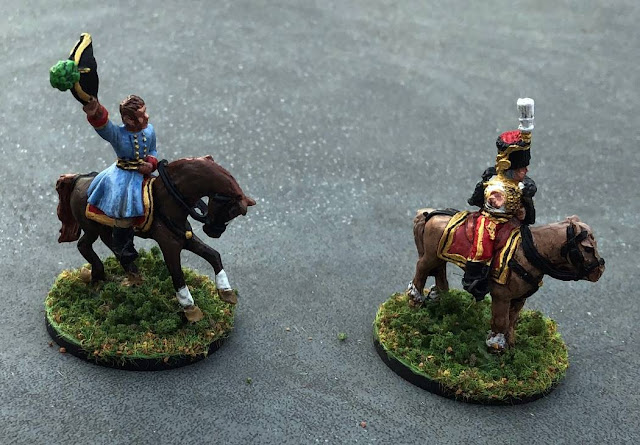 The black and gold sash was worn by all Austrian officers, from a lowly lieutenant to a Feldmarschal. 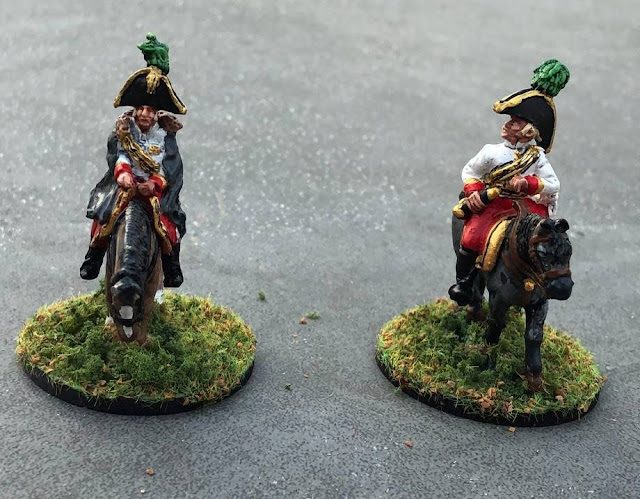 A second pair of Austrian Generals. 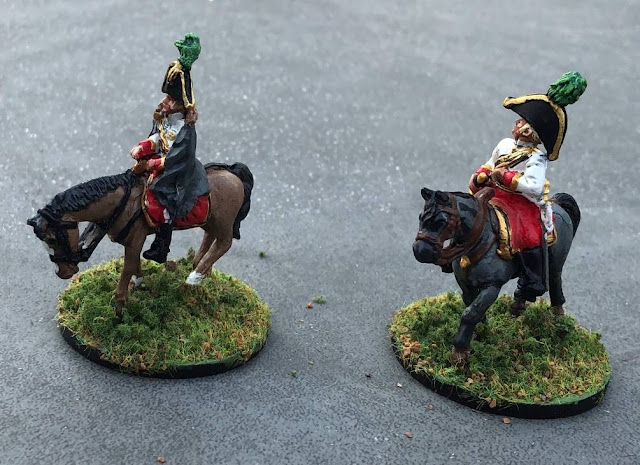 The figure to the right is from Front Ranks, and judging by the sash being worn over his shoulder, is probably meant to be a staff officer. However, he is serving as a Brigade commander; perhaps a battlefield promotion? 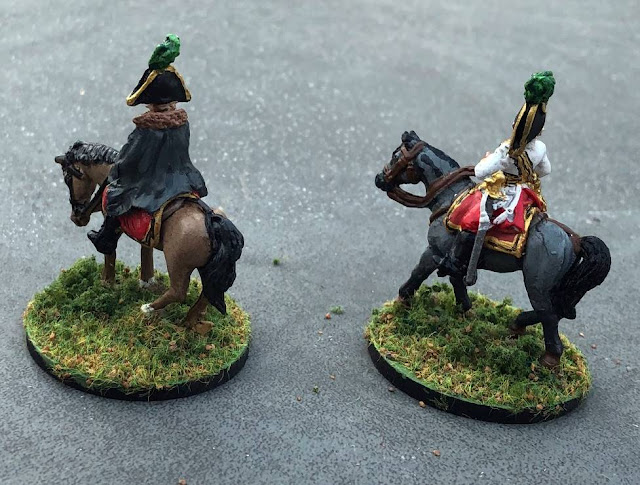 I am not quite sure as to the manufacturer of the figure wearing the overcoat. Maybe Old Glory? 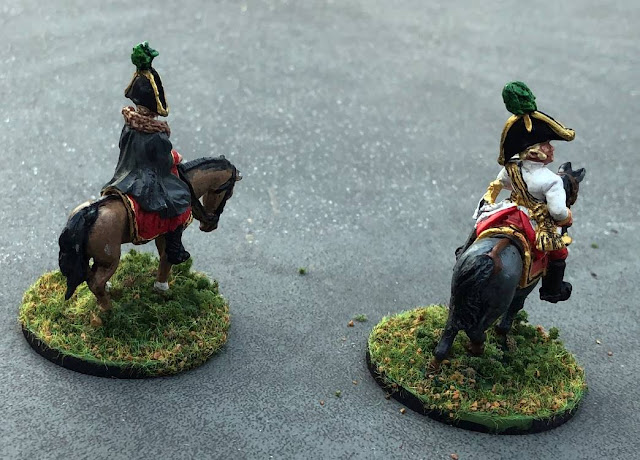 The fur trimmed collar would be nice in December in Bohemia... say at Austerlitz?! 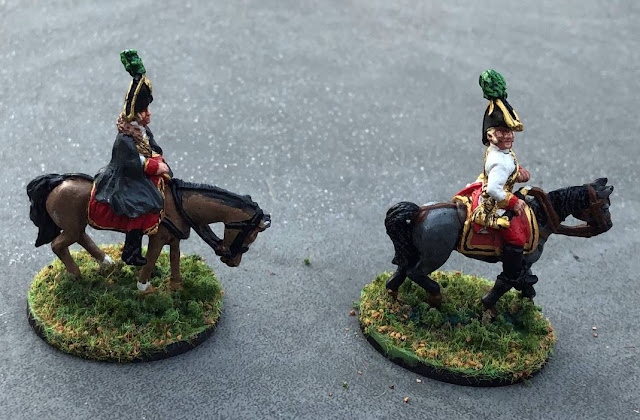 Regardless, he does have a rather weary look to him!
Posted by Gonsalvo at 10:37 AM