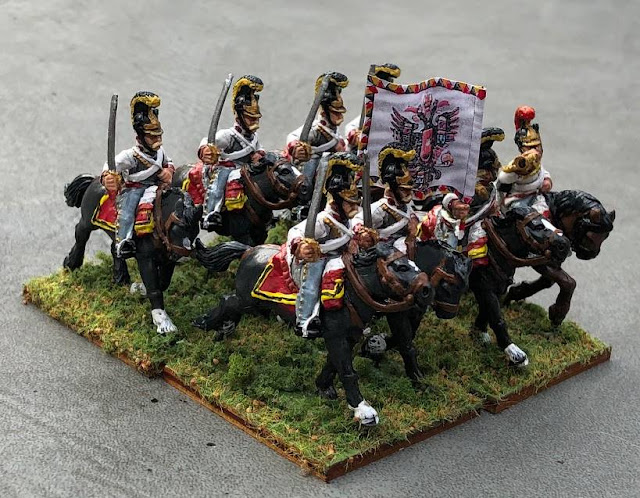 This regiment has the Emperor Francis himself as Inhaber. 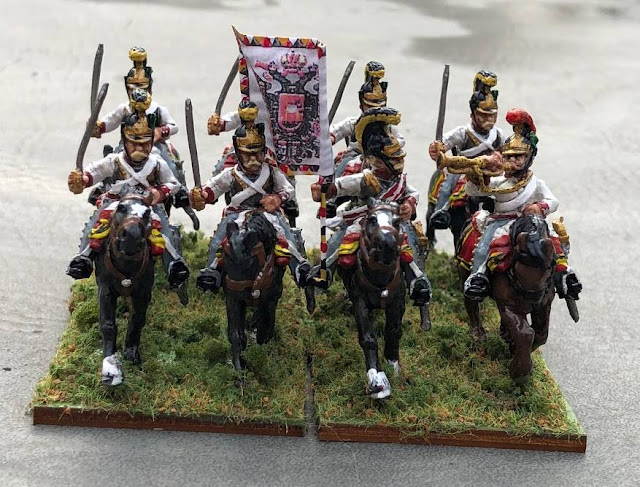 KR #1 was part of Liechtenstein's Reserve Corps in 1809, and fought at the battles of Eggmuhl, Aspern, Wagram, and Znaim. 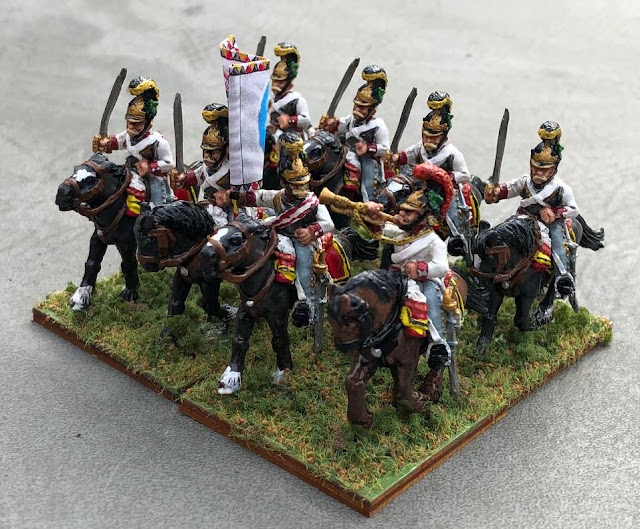 With its dark red facings and silver buttons, the regiment looks very Austrian. 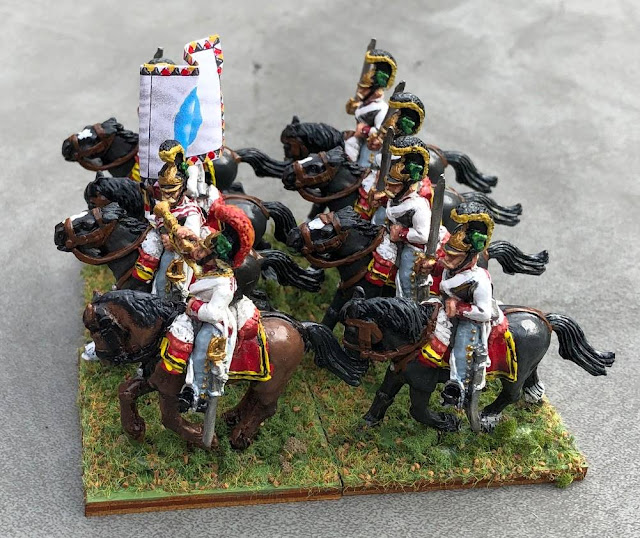 The Austrian Cuirassiers wore blackened iron breastplates (I used Vallejo "Gun metal". Famously, they lacked back plates, and KR #1 was one of the regiments that suffered from this lack when fighting the French Cuirassiers at Alt Eglofscheim. 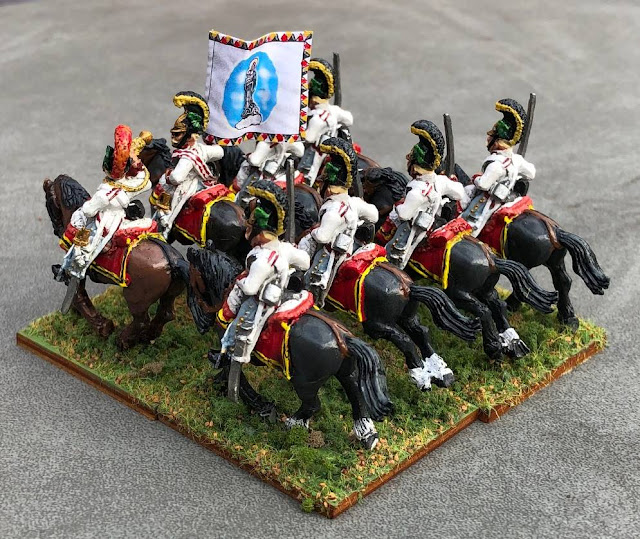 The standard bearer's bandoleer is decorated with two wavy bands of embroidery in the regiment's facing color. 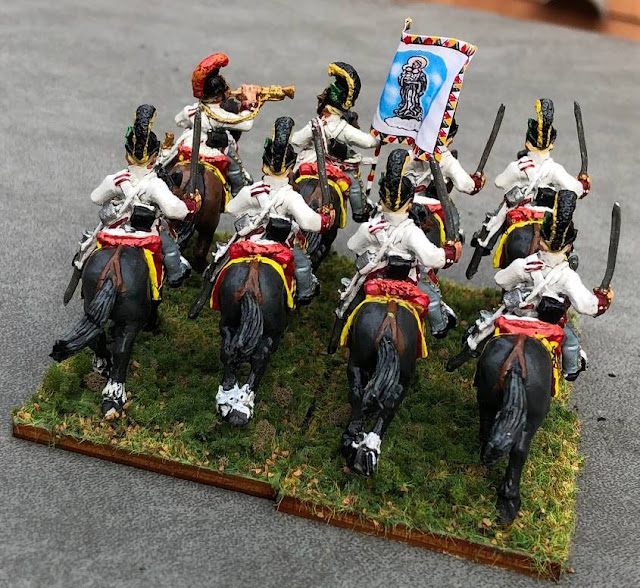 The trumpeter has the usual red crest on his helmets, and lacks a Cuirass. The trumpet cords are mixed yellow and black. I have mounted this regiment all on black horses. 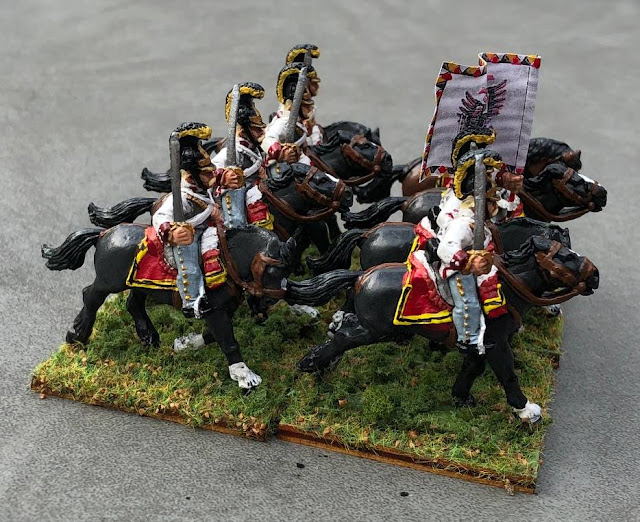 I have simplified the Austrian saddle blanket edging to be yellow with a line of black.