Karl needs a vacation in the Tirol! 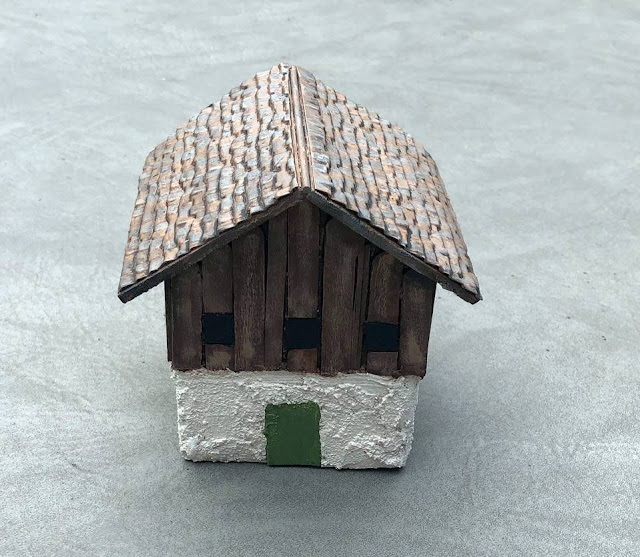 Last year at Historicon I ran two games set in the Tyrol, for that, I needed some Tirolese buildings. 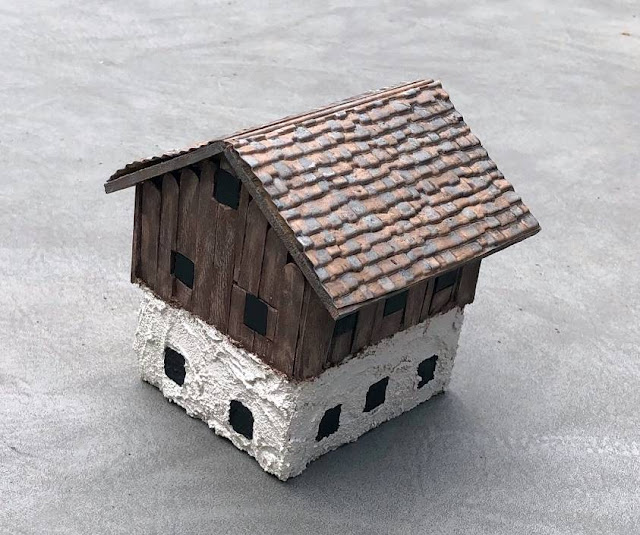 Being unable to find anything I liked at any reasonable price, I made my own! 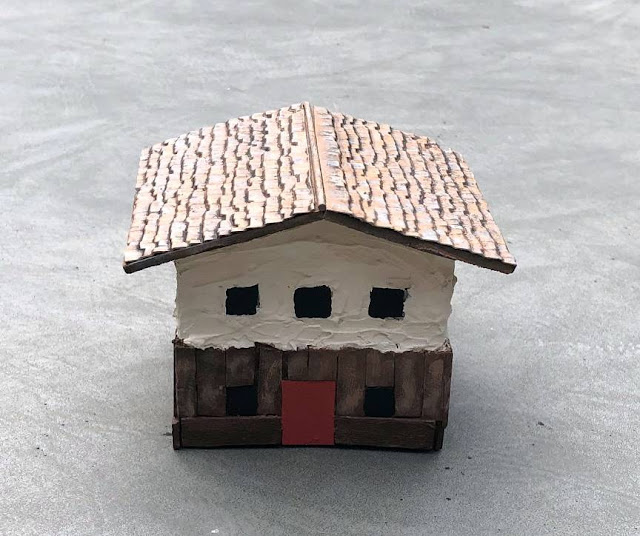 All of the buildings were framed out with foamcore walls, held together with pins and white glue. 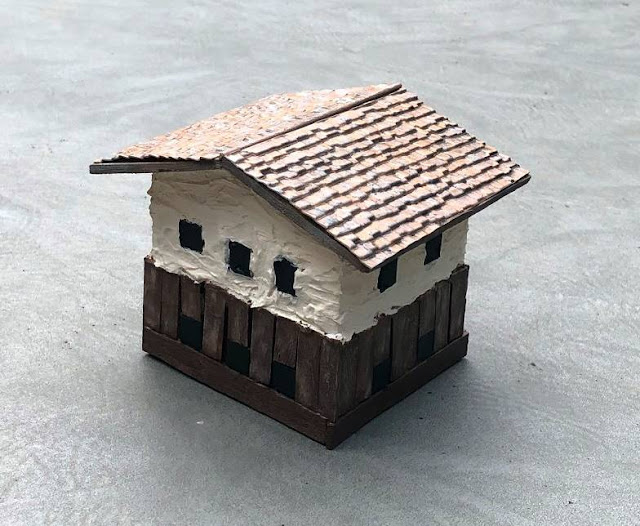 The wooden exteriors were added with cuts from craft sticks. 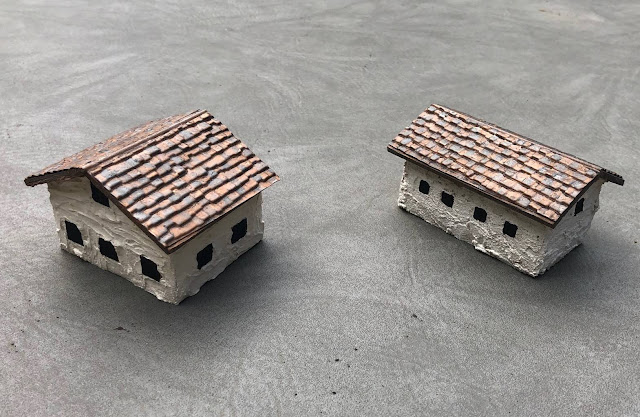 The "stucko" was made buy spreading spackling compound on top of the foam core (for the first building I used sanded Grout, but that was both difficult to work with and very heavy!) 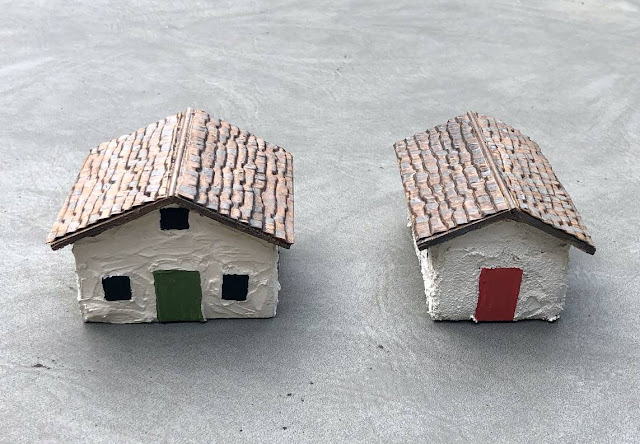 Farmhouse and barn; I looked at lot of pictures of buildings from the Tyrol. 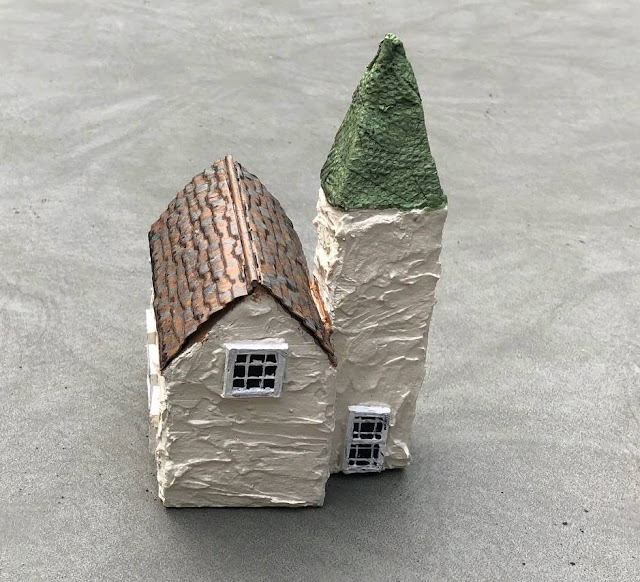 I had a pack of assorted resin windows and doors I had bought years ago, and finally had a use for! 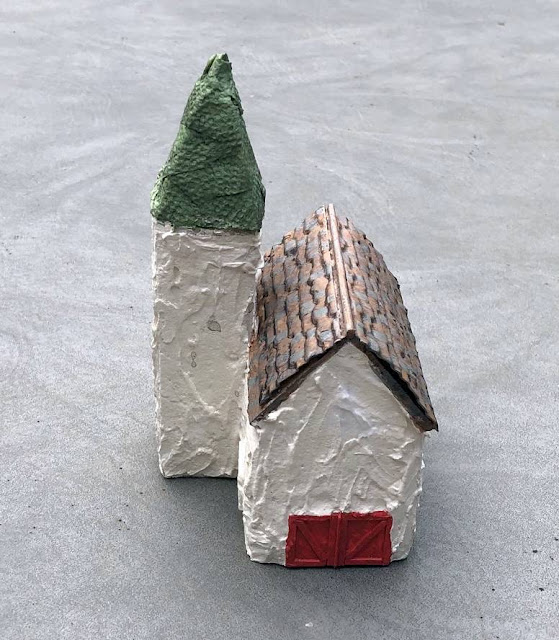 The roof of the spire, similar to one seen on a small village church in those photos, was made from cardboard, overlaid with paper towels soaked in diluted white glue; the green is supposed rto be the verdigris of aged copper. 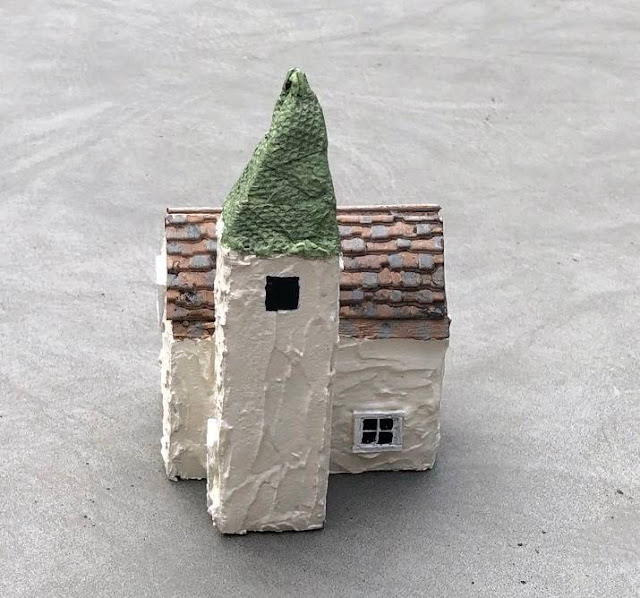 The base structure of the roof was made of sheets of craft wood. 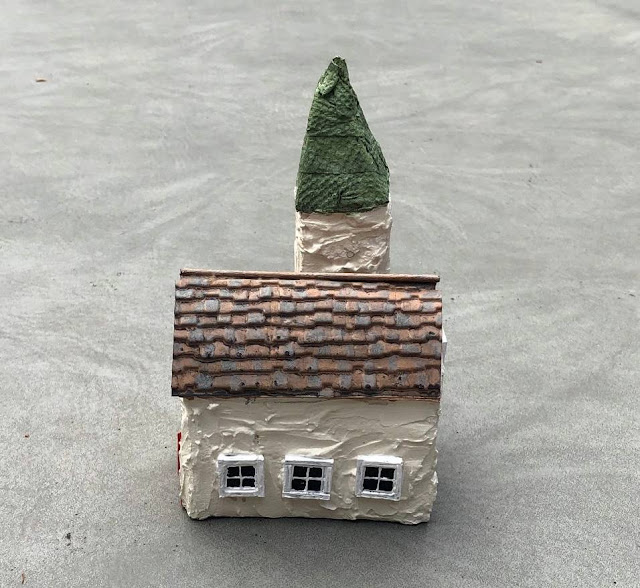 Commercial plastic "wood shakes" seets were cut and glued (with difficulty) on top of the wooden roofs. 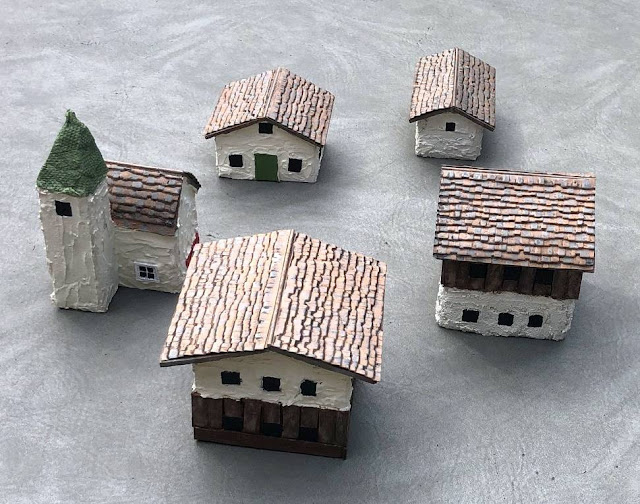 The one thing I didn't have time to do before Historicon last year was to weather the roofs. I finally got around to doing that last week, and it improved all of the buildings immensely
. 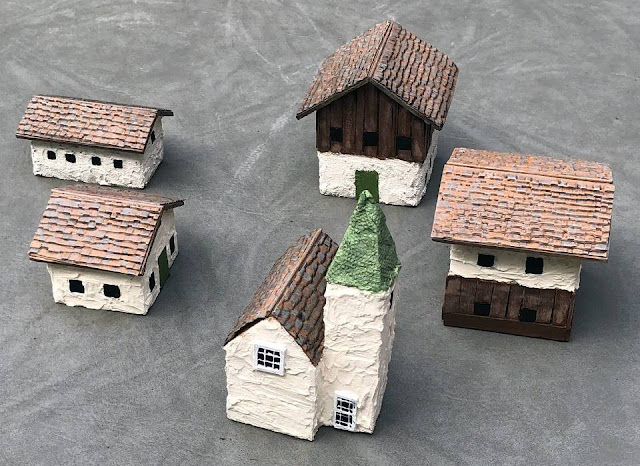 It takes a Village!


ADD 7/28/2020:  I knew I had taken some p[pictures of the construction process, but I couldn't find them when I was creating this post. Then today I was cleaning out old pictures from my phone, and found them! 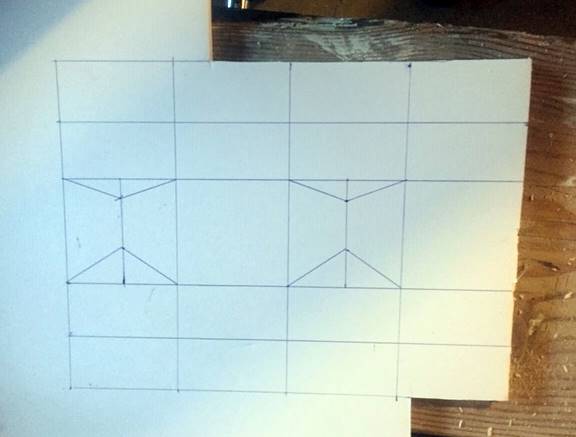 Basic plan for the 4 walls of 2 buildings drawn onto foamboard. 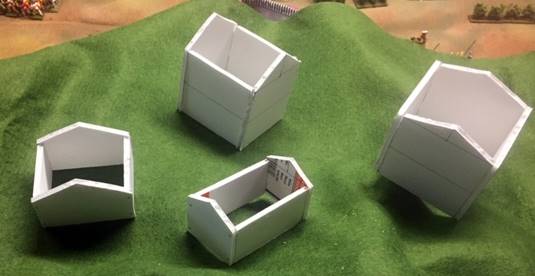 The four main buildings cut out, and the wall assembled using white glue and pins to hold the structures together (the Church was a later addition). 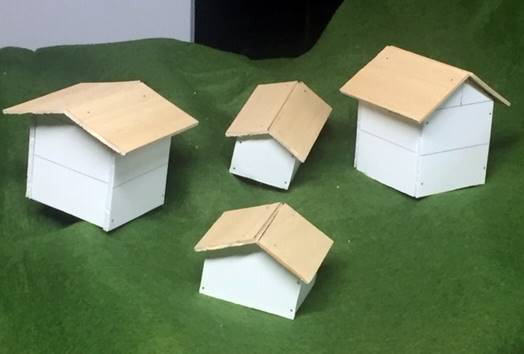 Roofs made of thin craft wood from Michael's craft stores. 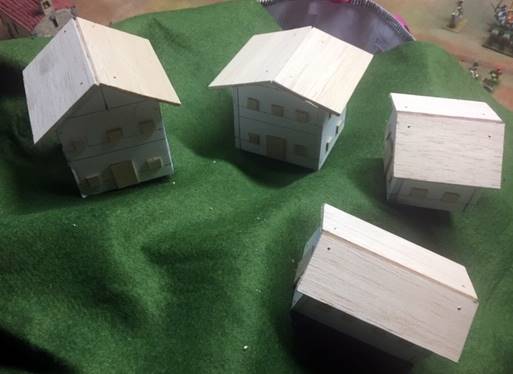 Windows and doors made of thin wood and glued on. 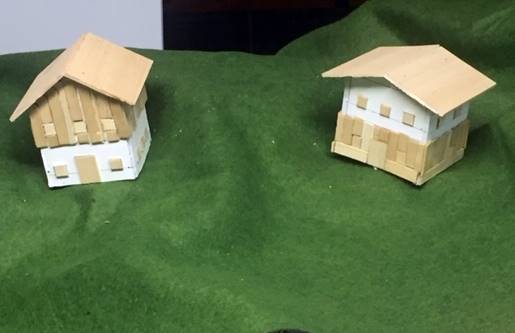 Timbered sections added from strips of craft sticks. Later, the stucko was added , as seen in the final versions, plus sheets of roof shingles and  ridge poles made of wood handles of cotton tipped applicators.