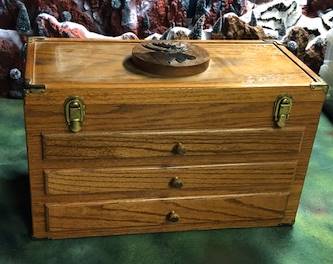 We helped our friends, now living in Vermont,  clear out the last of their belongings from their former home herein town prior to its final sale next week (local home prices jumped about 25% this spring due to demand by older  Manhattanites fleeing the City during the Covid-19 debacle there). Just as we were finishing, we found some unusual items way in the back of one of the closets in their barn, among which was this. 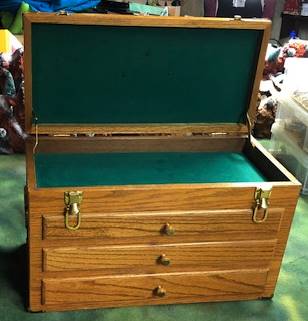 It is obviously hand made, out of either Maple or Oak, I would imagine. I'm not sure if it was intended as a silver chest, ammunition box, or what? When I first saw it, I thought it was nice, couldn't think what I might use it for, and then it occurred to me... 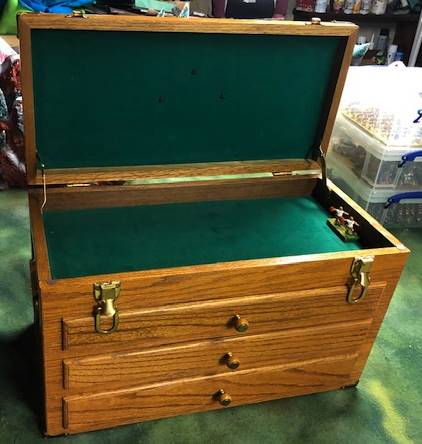 No, not for storing troops, the figures above were added to give an idea of the height of the compartments. 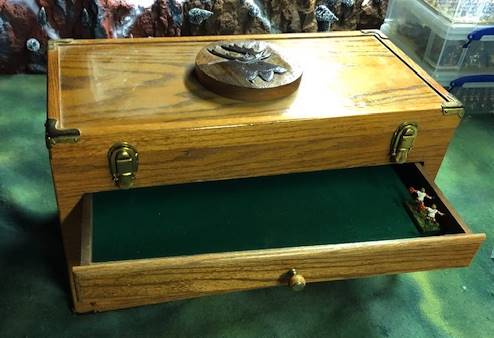 In addition to the upper compartment, there are three drawers. That's a Moosehead carved into the thick plaque on top. 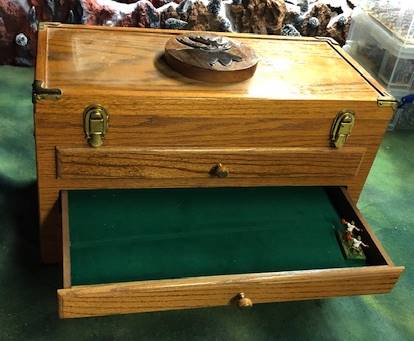 The second drawer is the same  dimensions as the first. 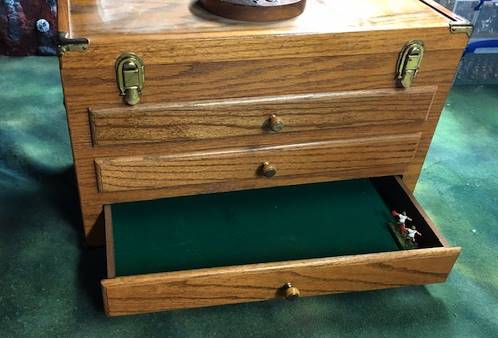 The bottom drawer is a bit taller. Anyway, it occurred to me that this would be a classy looking system for storing the varuious markers I use on the table during a game. It even has brass handles on the sides, so that you can picture the footmen bringing it into the officer's mess!  :-) 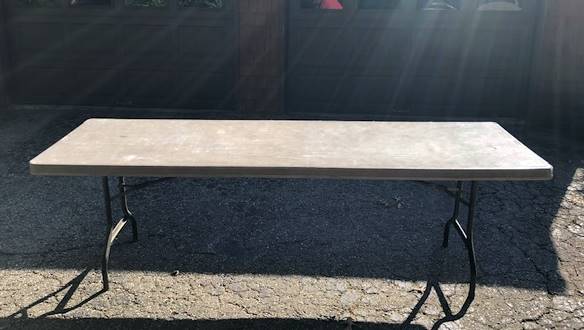 The other item I decided to take at the last minute was this folding table. It is 96" x 30". I already have a 72" by 30" folding table, so together they would make a good set up for a 5 x 6 foot table, with some space to the side(s) for gaming paraphernalia (like the above chest?) and be usable for small out door (or garage) socially distanced gaming during the Covid era... which looks likely to drag on for another year or two. 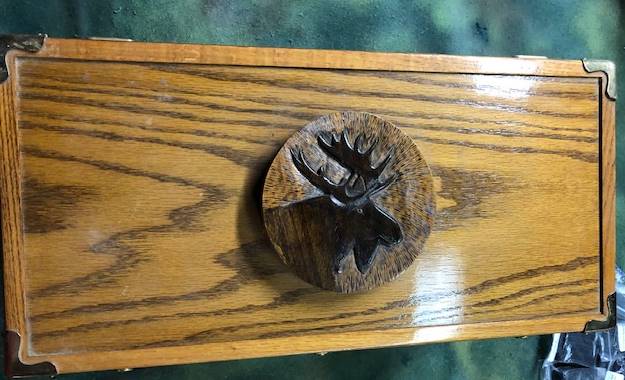 I added this picture of the "Moosehead" on top 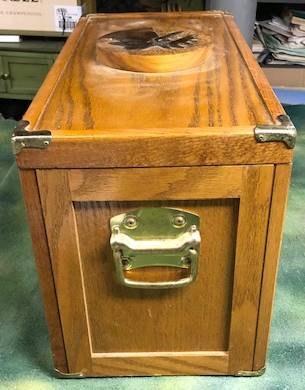 and the sturdy brass handles on the sides. 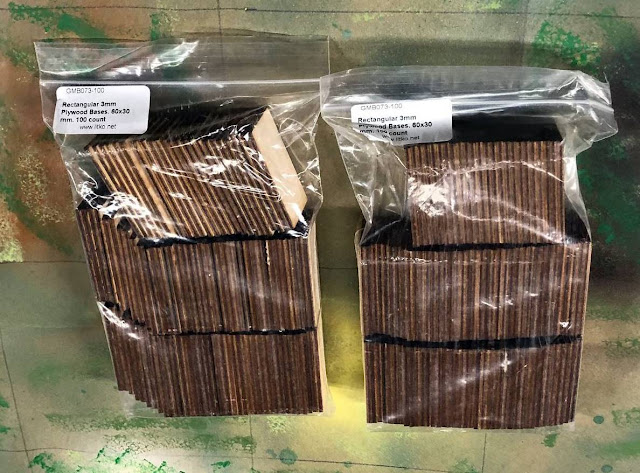 Also a casualty of the pandemic was Litko's usual Memorial Day sale; they had the sale for Independence day instead, so I stocked up on basing materials, with the Hittite Project especially in mind. 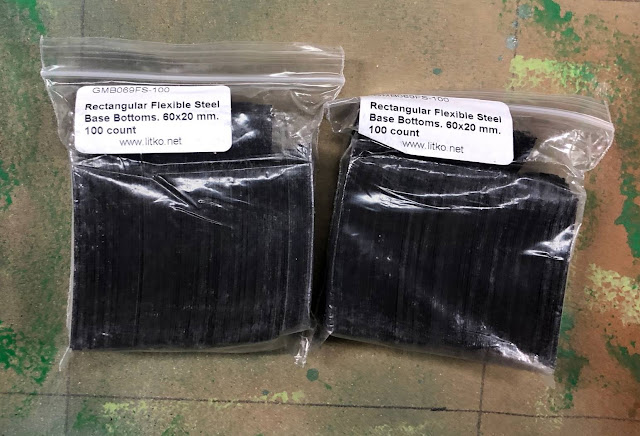 I got a boatload more self adhesive basing steel to use with my magnetic lined Realy Useful Boxes and my WRG based Ancient, Renaissance, and ECW troops. 60 x 20's 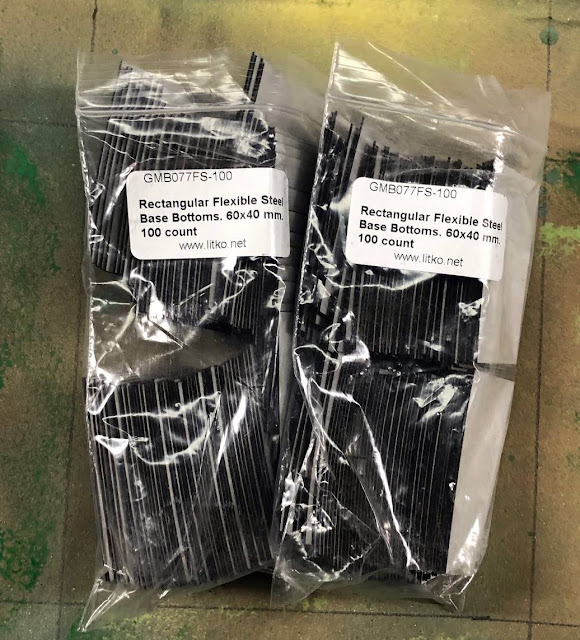 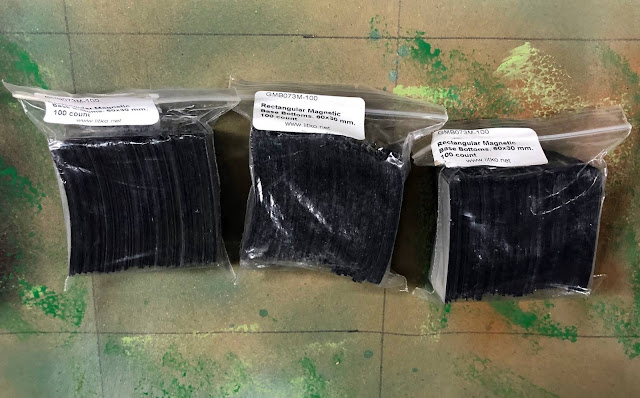 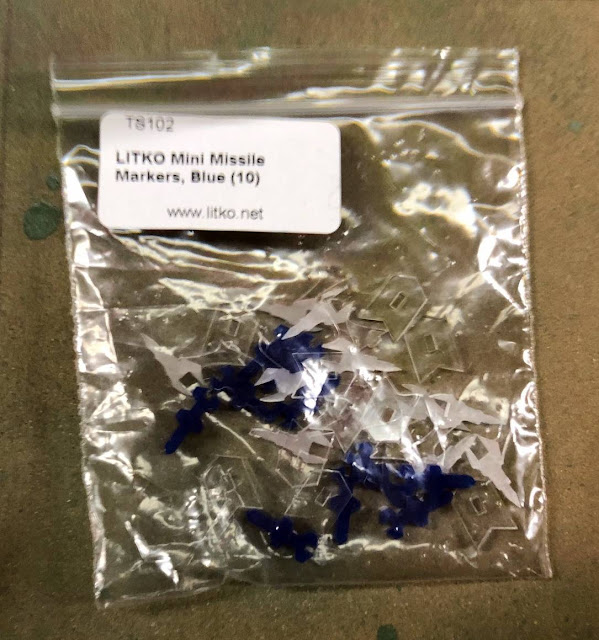 I always seem to need a little something extra to qualify for the best discount, and Jared and I have been talking about Galactic Knights, so the Blue missiles are added to red Missiles I got for the same reason last year!


Note the continued lack of figure purchases. This can't go on forever! :-)
Posted by Gonsalvo at 11:35 AM

Email ThisBlogThis!Share to TwitterShare to FacebookShare to Pinterest
Labels: Storage