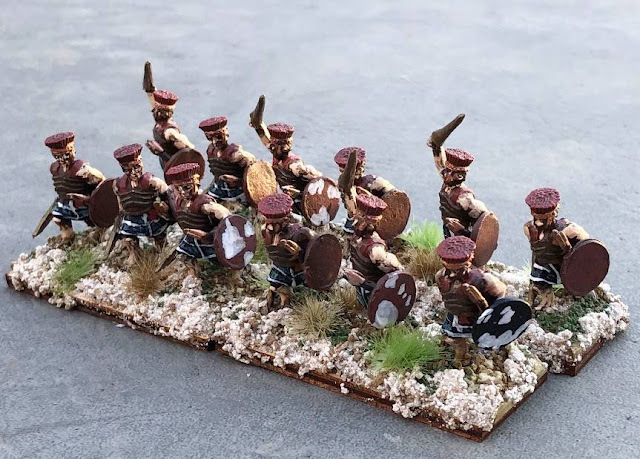 Along with the Hittites, there were quite a few other Chariot era figures I acquired from Bill's collection. Those needing the least work were the Peleset warriors. 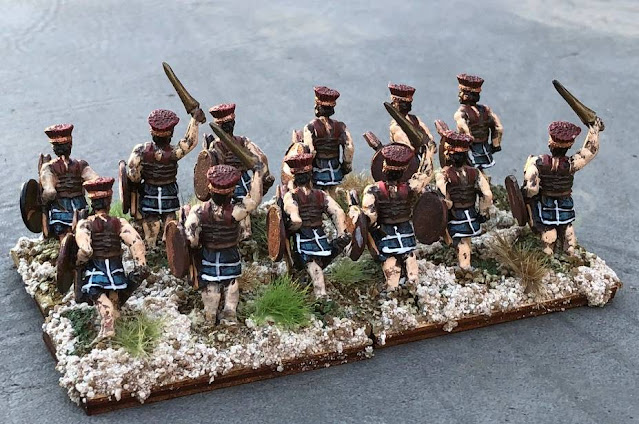 These figures were very familiar to me, as I have them in my collection already - Old Glory! 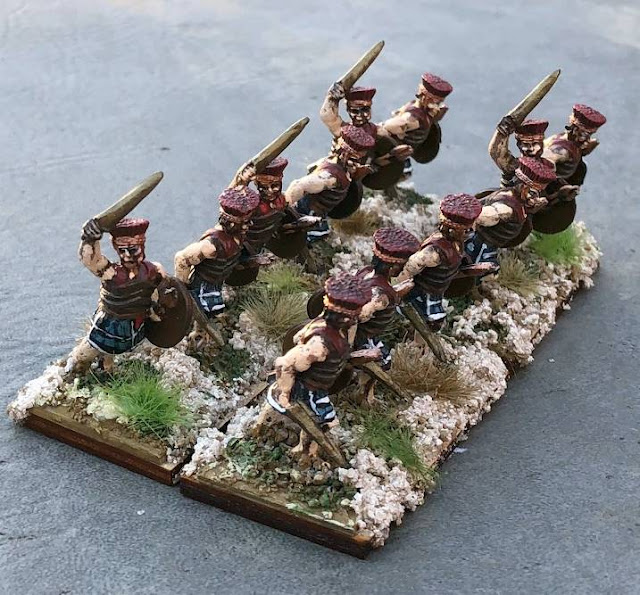 They were well painted, and just needed reorganizing, rebasing, and minimal touchup. 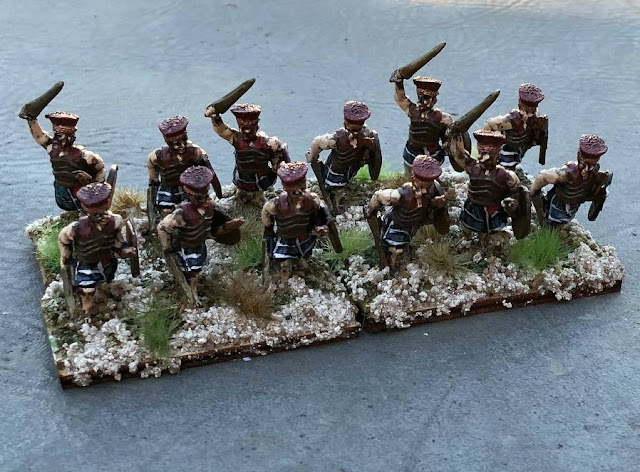 Note the black lining on the tunic pattern! 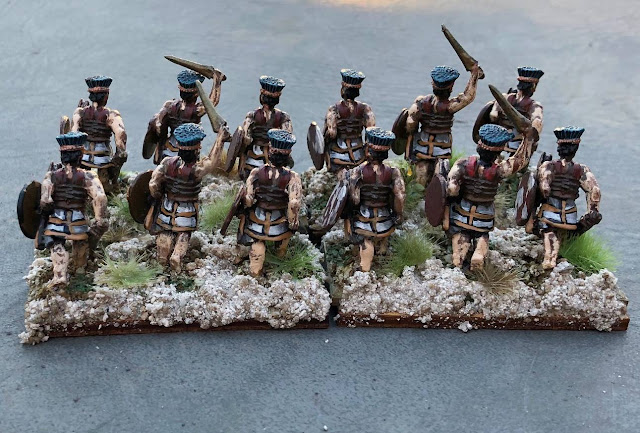 The second unit has a white "kilt" with an orange pattern... 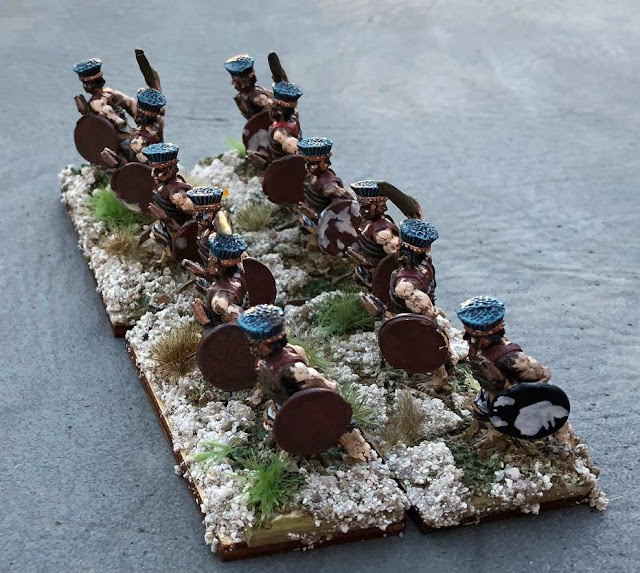 and a blue head dress. 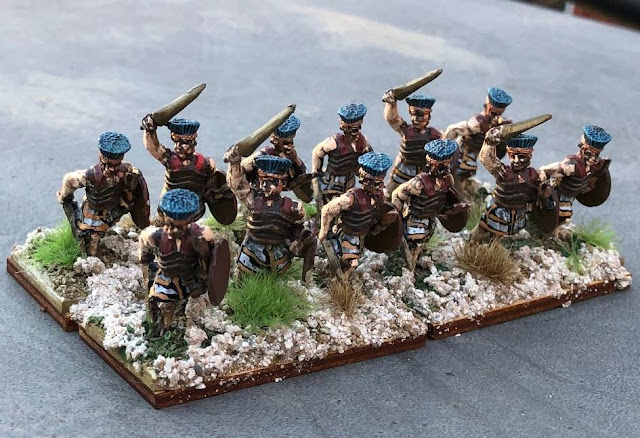 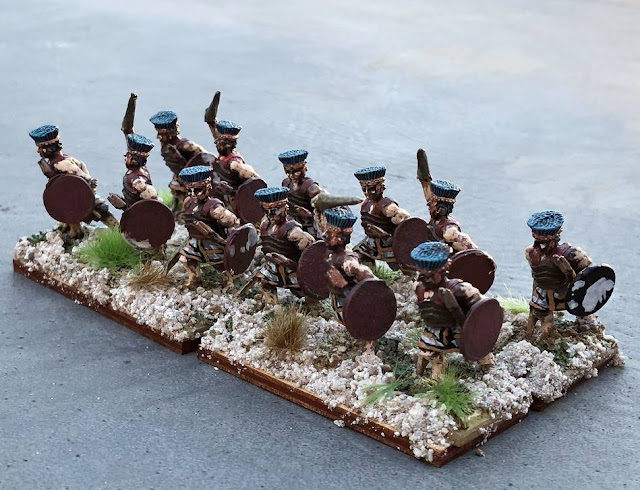 These additions will double the size of my Peleset forces. The Pelset were one of the Sea Peoples, and are often equated with the Philistines of the Bible. 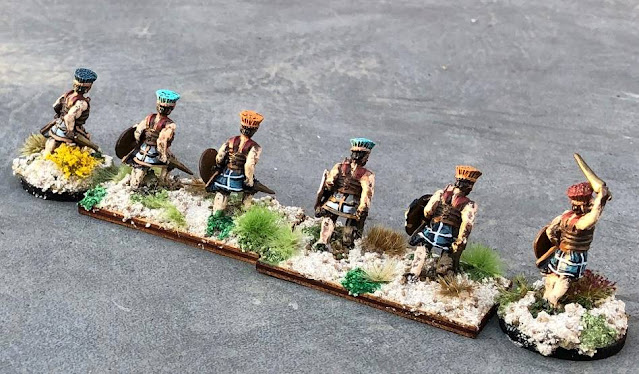 Some surplus figures were used to make a unit of skirmishers... 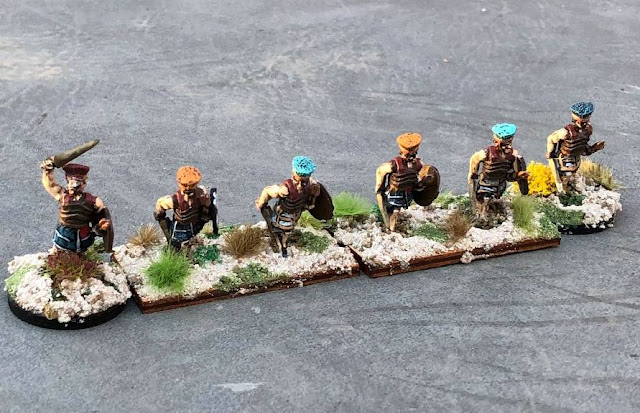 and a couple of leaders/heroes. 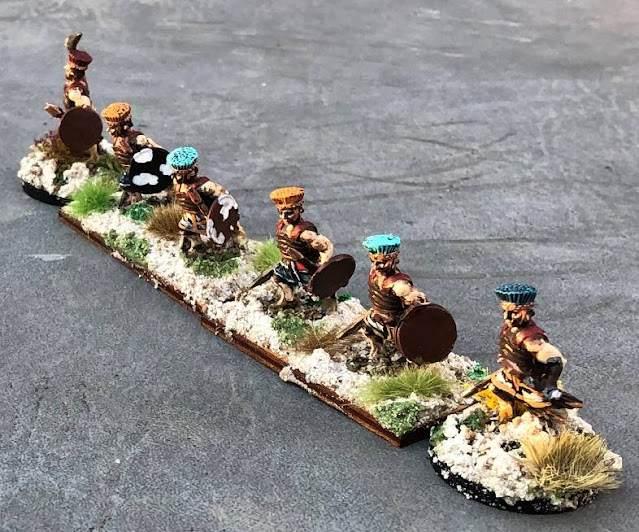 Since the Old Glory figures come 30 to a pack, I did much the same thing with mine! to Turquoise and Orange from the base blue and  dark red.