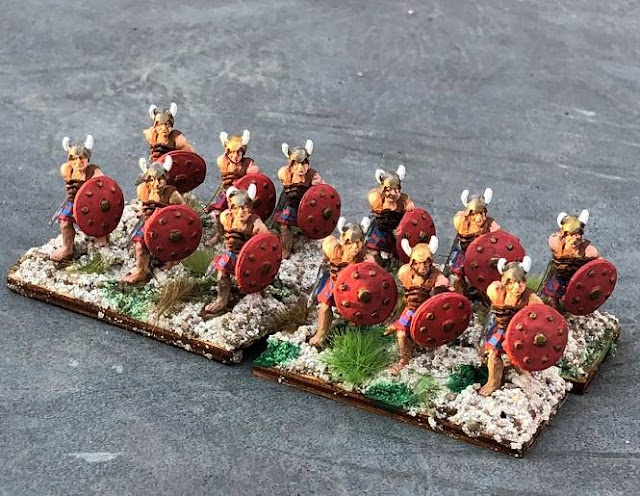 Also among the figures acquired from Bill McHugh were a number of these. 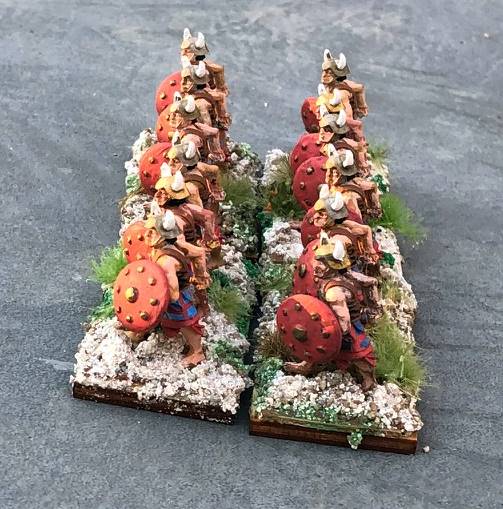 In fact, there were sufficient figures to make 3 full units! 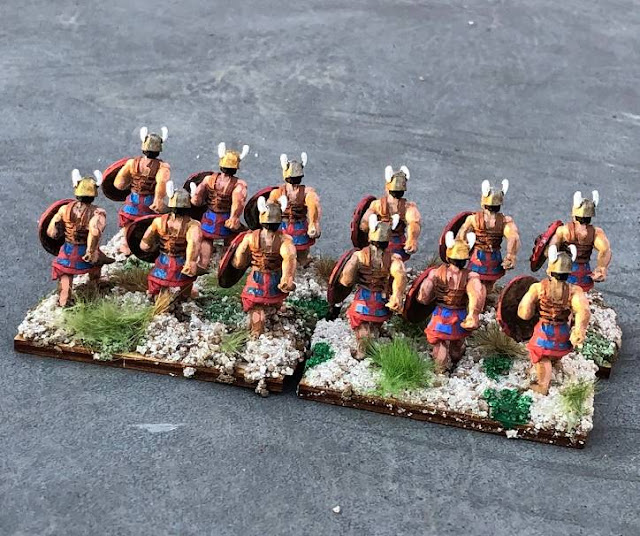 The Shardana were another of the "Sea Peoples" who invaded Egypt and Palestine before, during, and after the reign of Ramses II. 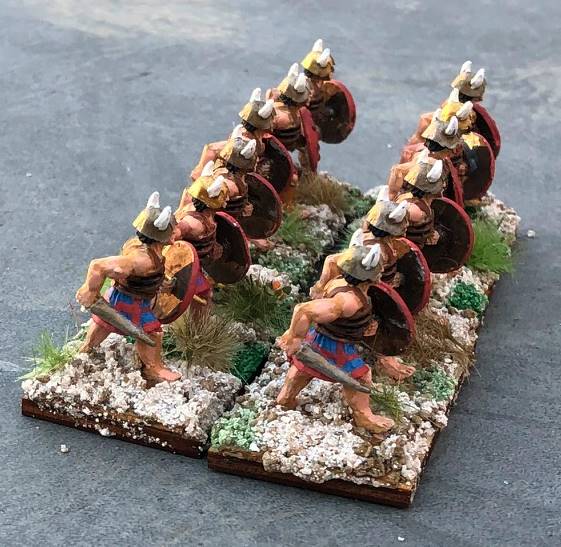 Once again, these figures are definitely by Old Glory. 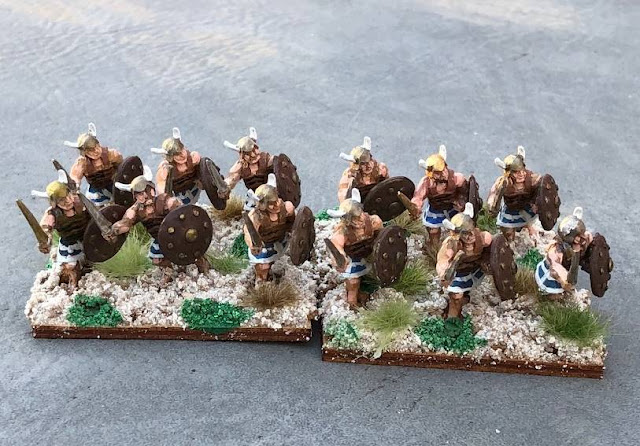 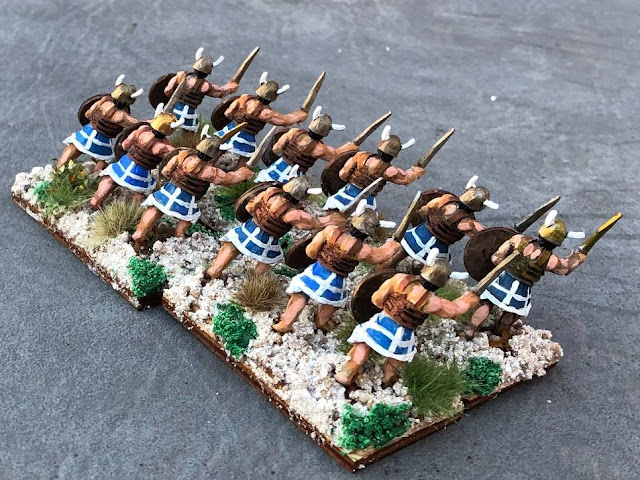 These are more or less as Bill painted them, with just minor touch ups and rebasing. 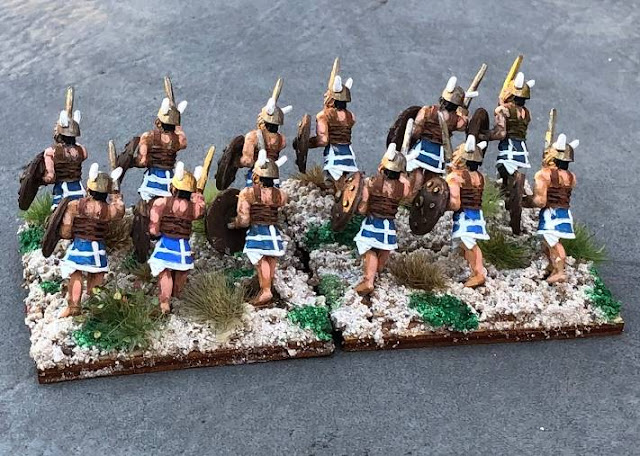 Once again, the models are familiar from my own Sherdens. 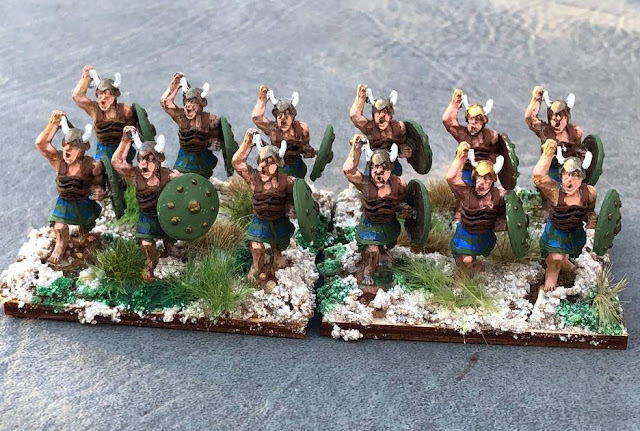 In order to make the individual units distinctive, some minor paint conversion was done. 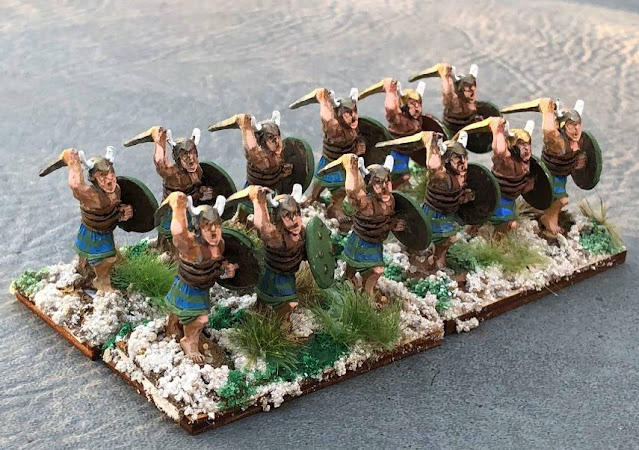 For this 3rd unit, the shields were changed to green, as was the pattern on the tunics. 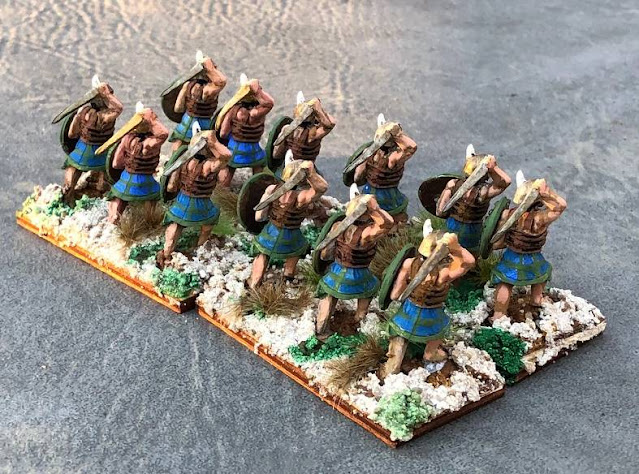 The same was done with the first unit, using red instead. 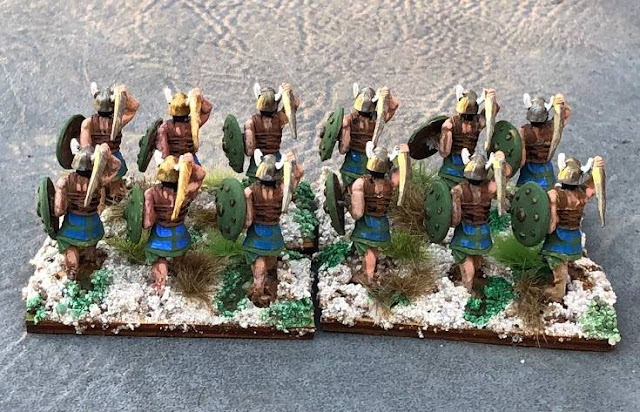 I am probably going to convert my existing 2 units of 16 Sherdens into 3 more units of 12, with the aid of a few Command figures acquired from Foundry last month. That way they can serve either with a Sea Peoples force or as mercenaries in the Egyptian army.
Posted by Gonsalvo at 9:40 PM