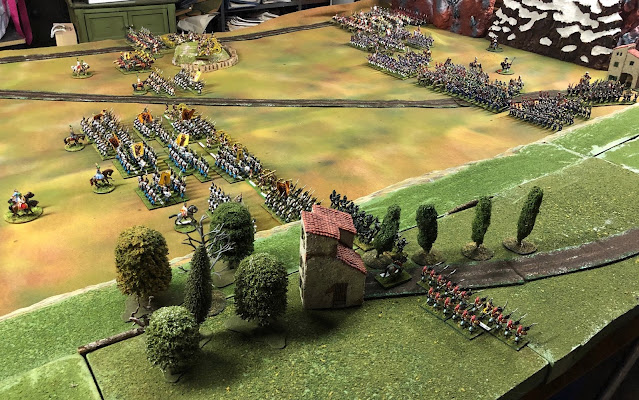 I finally got around to setting up the Castiglione scenario on the tabletop; overviews from the Northeast, 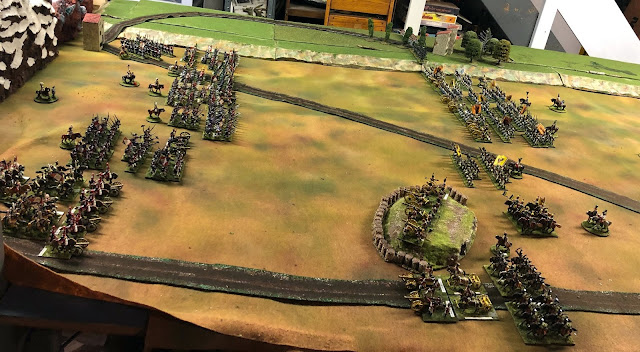 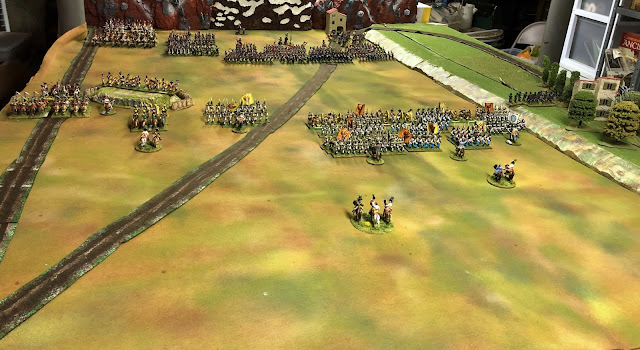 and from the East behind the Austrian lines. The Deployment map for orientation purposes! 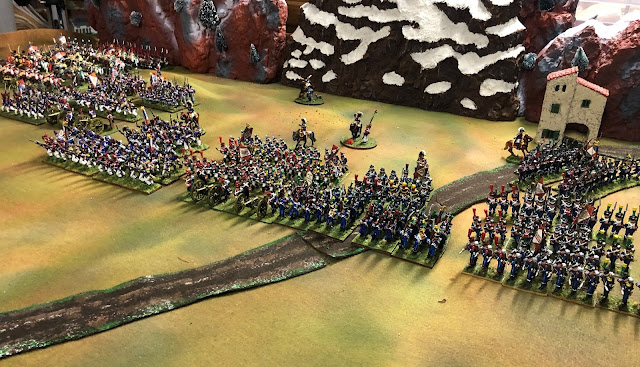 Massena's large command is in the forefront. 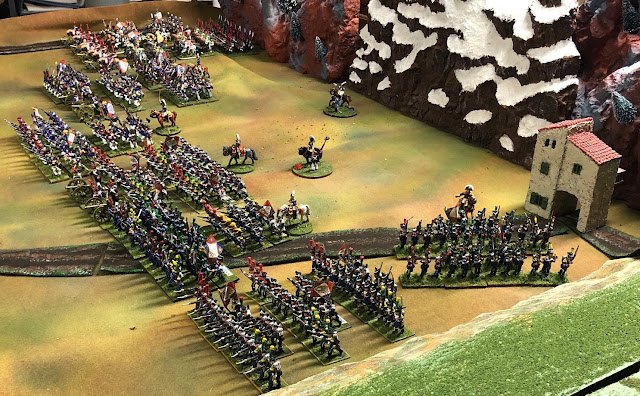 French army from their left. 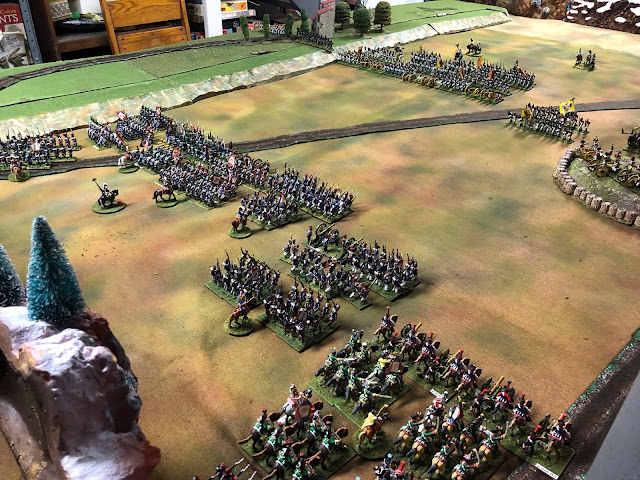 View from behind the French lines. 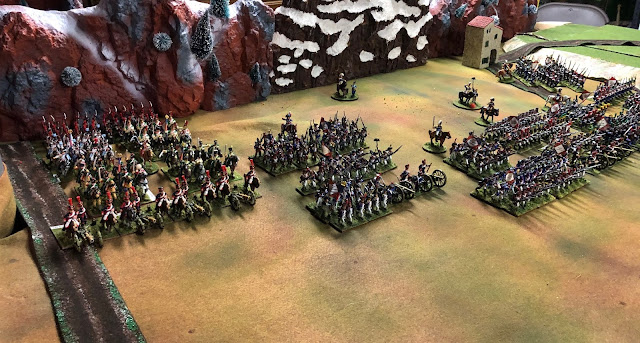 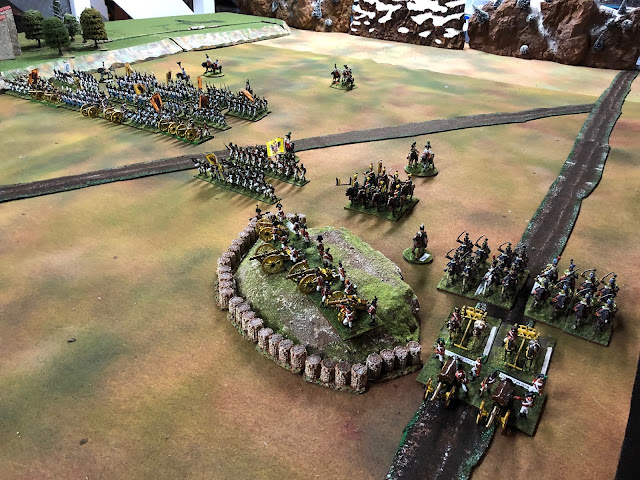 The Austrian left is anchored by Monte Medolano, which has been fortified, with 2 heavy batteries stationed upon it. The cavalry and a cavalry battery guard against outflanking maneuvers. 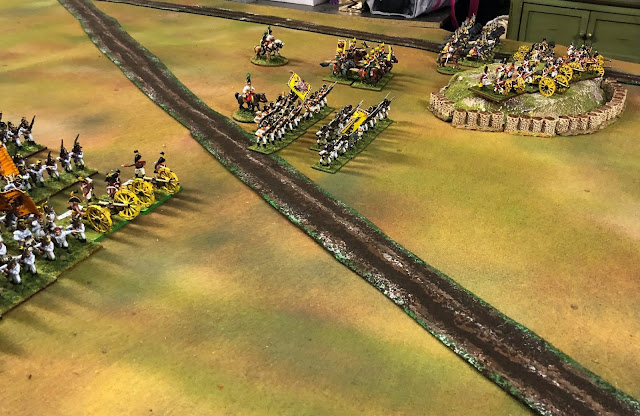 View of Sebetendorf's command from the Northwest. 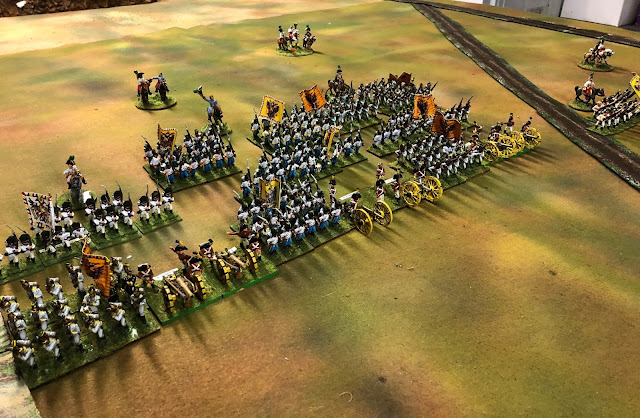 The bulk of Davidovich's large command in the center. 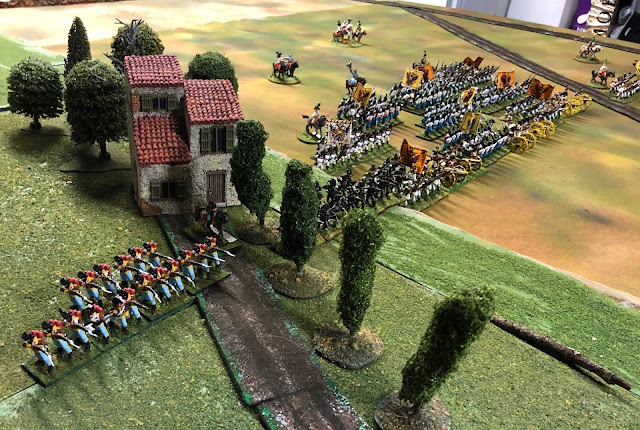 Some Jagers and Grenzer defend Solferiono and the Austrian right on the heights. 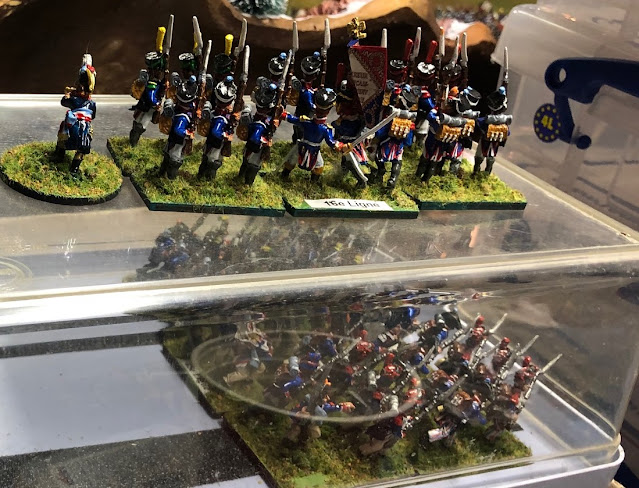 Despinois' troops waiting to enter via the Castiglione road. 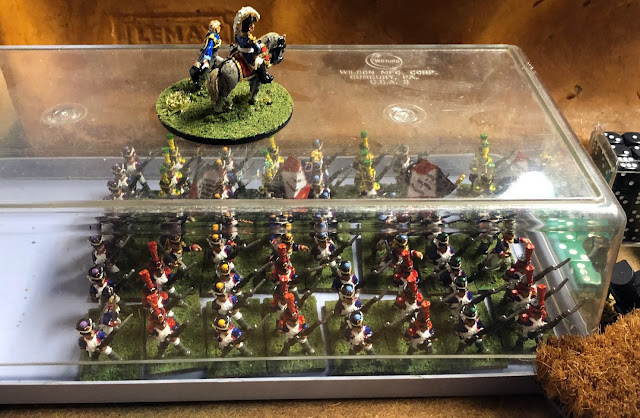