The White Menace Returns, or the Kaiserlicks Strike Back! 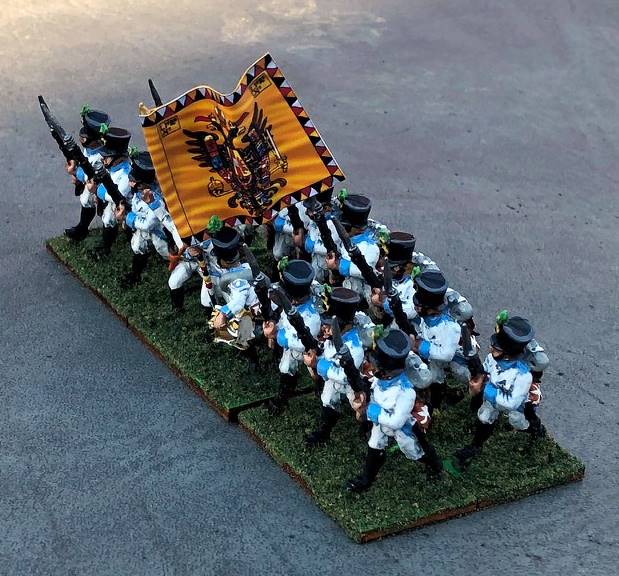 This is Infanterie Regiment No. 3, recruited in Lower (Inner) Austria. 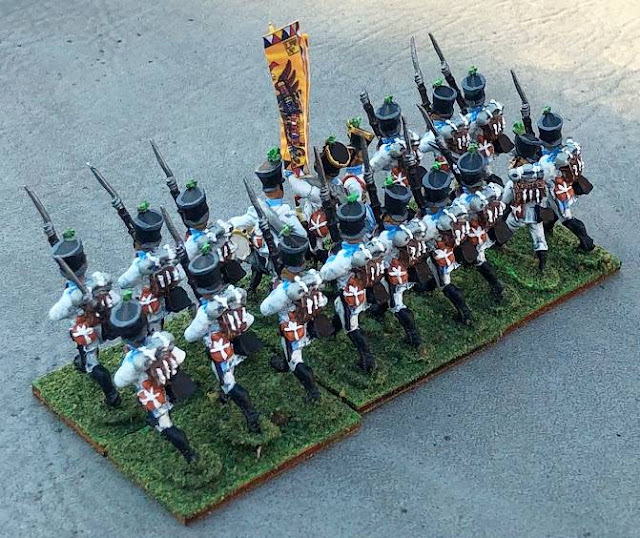 The Inhaber of this Regiment from 1780 - 1847 was none other than Karl-Ludwig-Johann-Josef-Lorenz, Erzherzog von Osterreich, aka Archduke Charles. 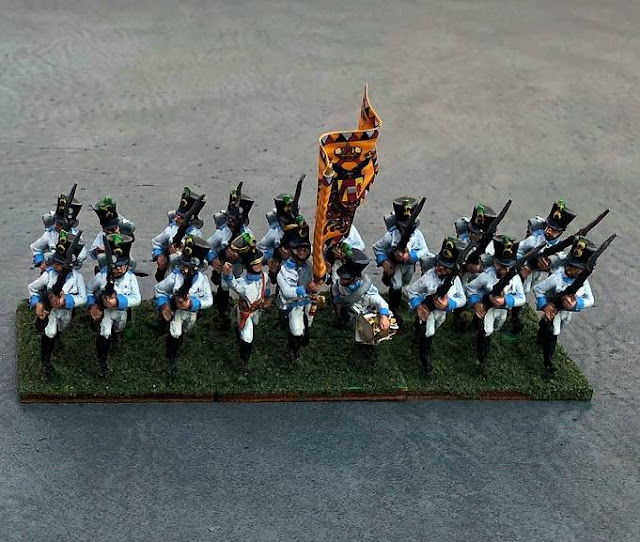 This regiment has "sky blue" facings and pewter buttons. It seems that "sky blue" was a considerably deeper blue than we would think today. I therefore used Delta CC  "Bluejay" for the facing color. 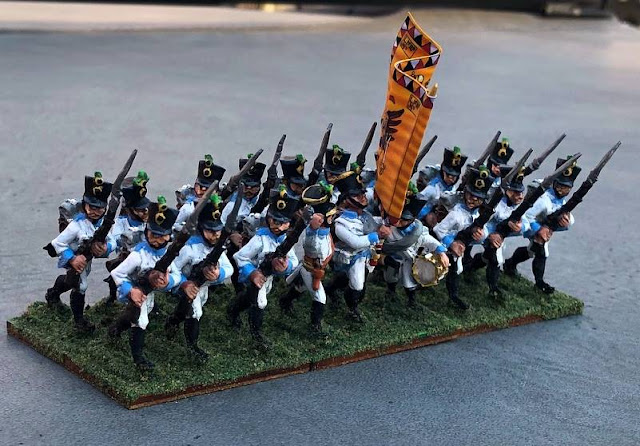 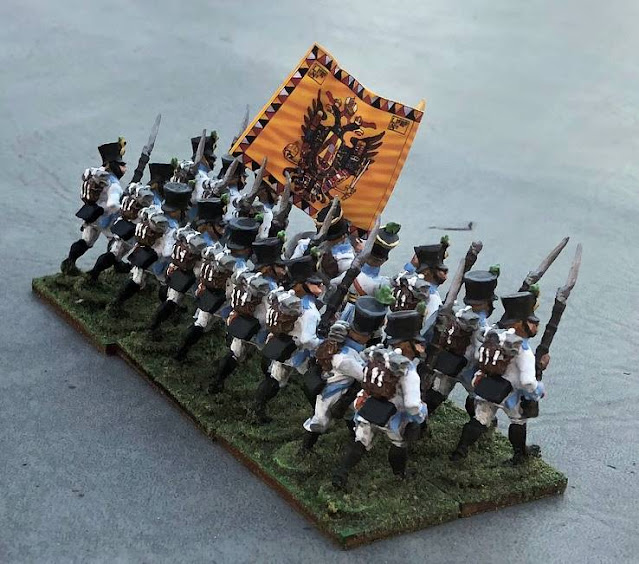 Later, it formed part of the I Corps, and fought at Essling, where it was heavily engaged on the 2nd day of the battle, and as part of the IV Corps, at Wagram. It was considered one of the best regiments in the Austrian army.
Posted by Gonsalvo at 9:57 PM