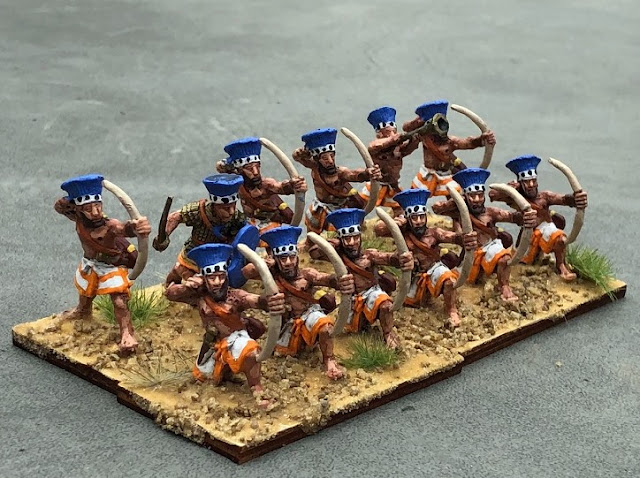 With he addition of the Hittite and Sea peoples troops from Bill McHugh's collection came the inevitable desire to expand them to full armies on a footing similar to my existing Egyptians and Assyrians. 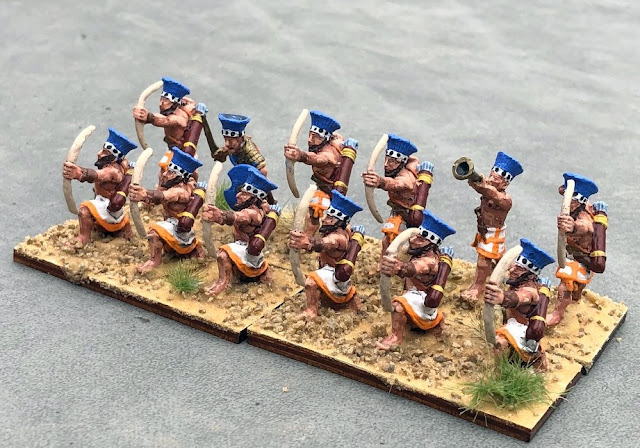 Both armies were especially light on missile troops, so when I discovered that the Foundry range included Peleset (Philistine) archers, I took advantage of their annual Holiday sale to acquire some. 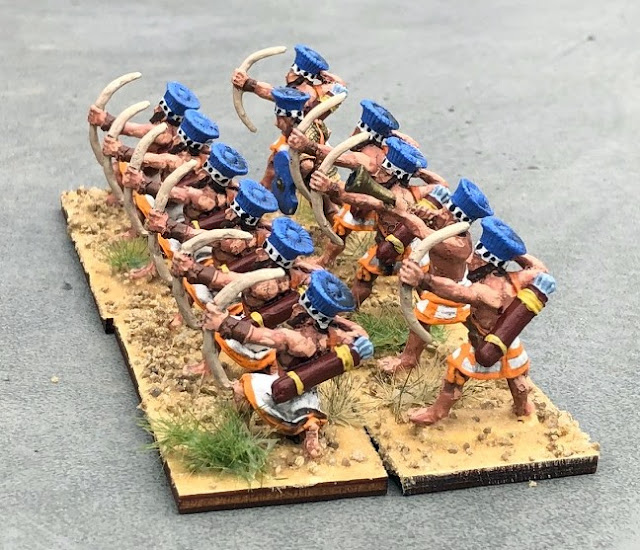 The Command figures are from Newline designs - thank their January sale for them! 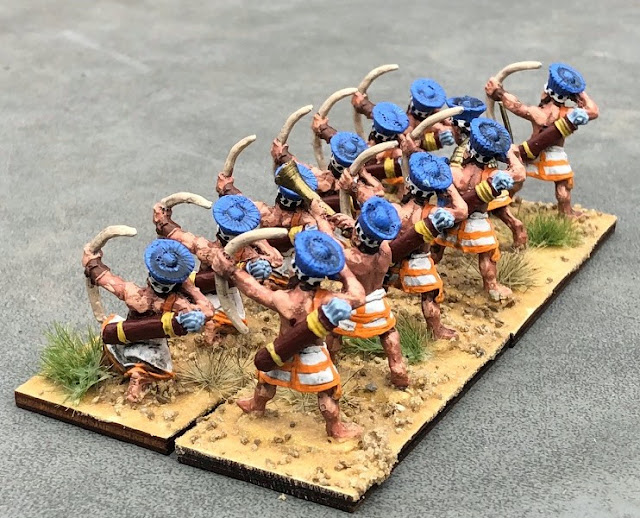 They were based in my usual style for near Eastern ancient armies. 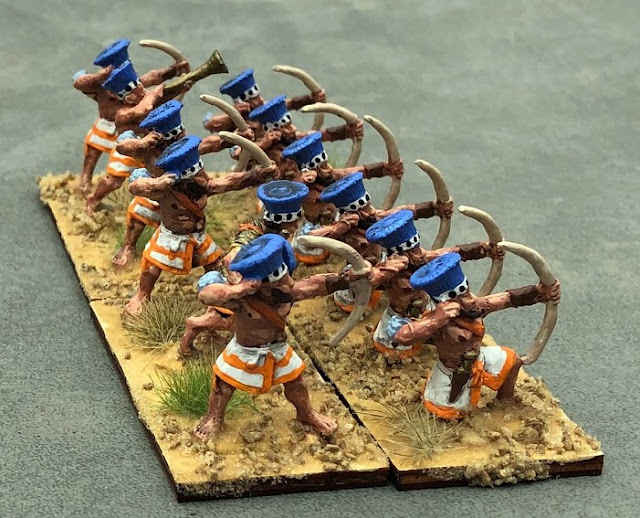 Quite a colorful lot; hopefully they can shoot, too!
Posted by Gonsalvo at 10:16 PM