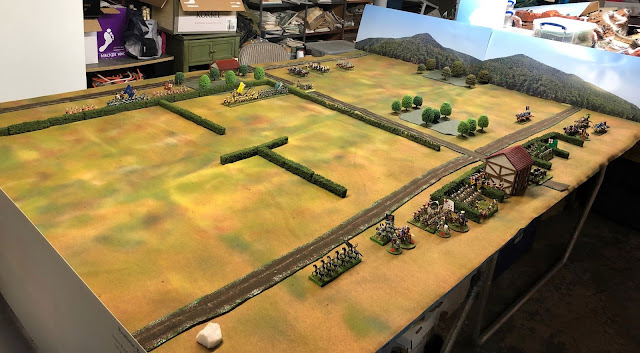 Next week we'll be playing the 3rd scenario form the (fictional) ECW Campaign booklet, From Marlowe to Maidenhythe. The view from the Royalist side. 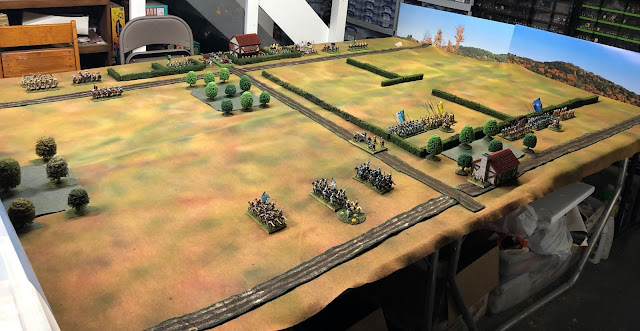 The Battle of Pinkney's Court, view from the Roundhead side. The rules will be "For King and Parliament". 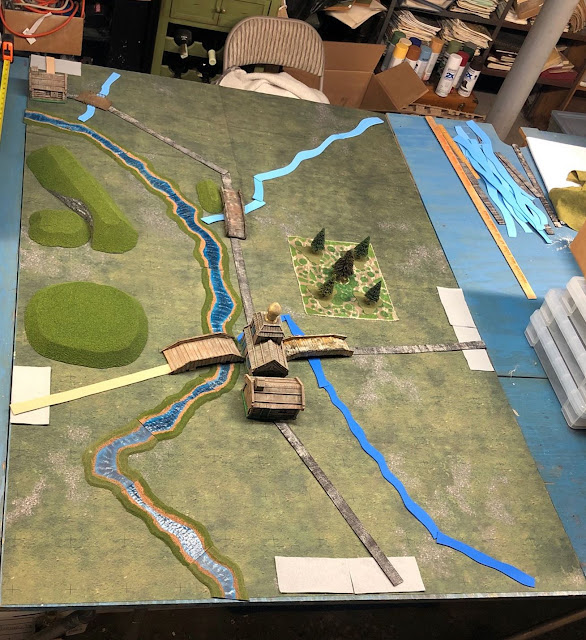 The home set up of the terrain for the first of three (out of 14) tables I provided for our Snappy Nappy campaign in a Day event this past weekend. 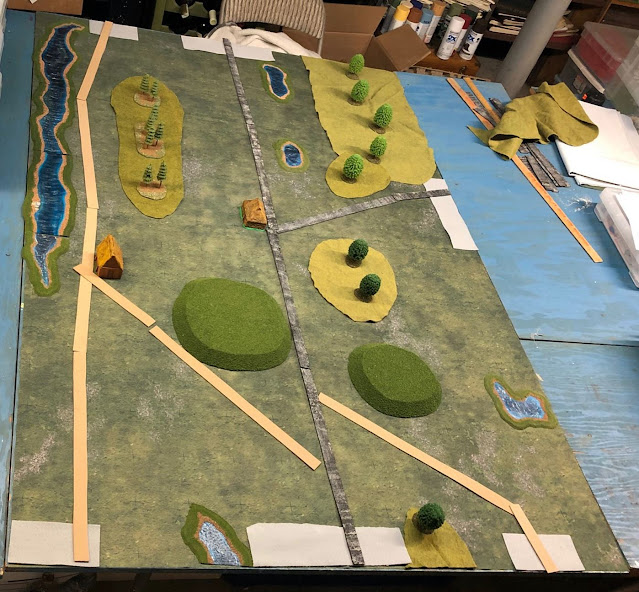 Second table. There should be a number of posts about the campaign later this month. 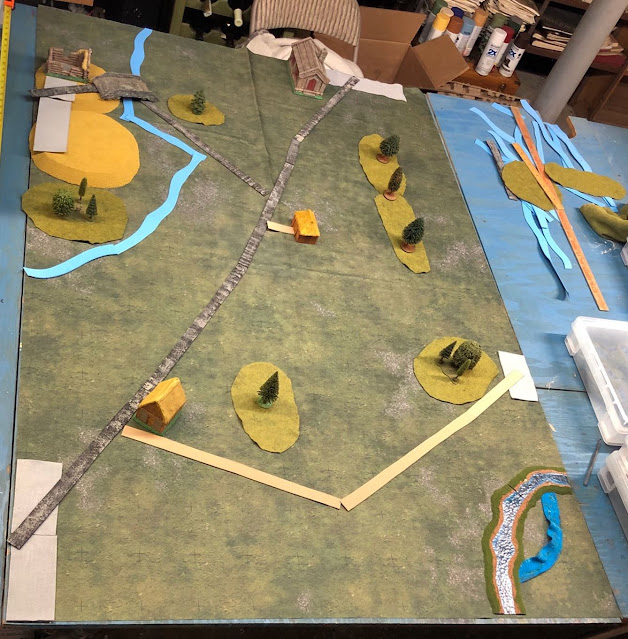 The third of my three tables. This time, Mark T. was the GM, while I merely assisted. Mark is talking about running a version of this event at Historicon in July.