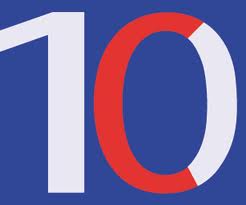 Having finished the big push for Historicon 2012 and Borodino, it's time to think about where I go from here for the rest of 2012, and on into 2013.

This is probably the top priority, as it impacts purchasing and painting plans as well. We will likely run three games at Historicon 2013 once again, probably all Napoleonic 1813 battles. The list of possibilities include the following 1813 Battles: Lutzen, Bautzen, Katzbach, LowenbergGross-Beeren, Lowenberg, Hagelberg, Dresden, Kulm, Dennewitz, Wachau, Lindenau, Mockern, Libertkolwitz, Leipzig, and Hannau.

I am leaning towards doing Dresden, but in a "based upon" fashion. The idea is that the overall balance and troop types will be correct, but some of the nationalities may be present in different proportions; as it was the Army of Bohemia was overwhelmingly Austrian in composition, with a small Prussian and even smaller Russian contingent. My version would have more Prussians and especially more Russians with fewer Austrians; this would be a good game to run as a test at EllisCon in November. We're leaning towards doing the cavalry clash at Liebertkolwitz prior to Leipzig. Hannau we should do as Roger has a slew of Bavarians; maybe for HAVOC in April? I'm leaning towards Gross Beeren as the third Historicon game, Lutzen would be interesting. I've done Denewitz and Bautzen in prior years, so I'd prefer to do something new.

One way or another, this will lead to some expansion of my Napoleonic Prussian Army, which is easily the smallest of mine representing the four major continental powers, with the recent expansions of the Russians and French only serving the aggravate the disparity. Most likely I'll wind up adding Reserve and Landwehr infantry, Landwehr Cavalry, and some batteries. These will most likely be Old Glory and result in buying the "Army Card" deal. The other thing I'll definitely need for 1813 is a lot more French Young Guard; fortunately, I already have about 80 figures of  them from Front Rank , so no new purchases needed there... just paint!

I have unpainted 1 unit of Cavalry (Foundry), several 4-Horse heavy chariots (Hincliffe).
I also have a raft of New Kingdom Egyptians - a small army I purchased and primed several years ago, with flesh color only painted on - so almost half done, LOL. The primary short term use of these armies would be for Hail Caesar! games as part of the HAHGS group. No lead purchases required!

I got Joe and Roger started (indirectly) on the GK rules, all of which I have, but haven't yet played a game... maybe I can draft Barry? Anyway, as posted already, I have lost of painted Avarians, Carnivorans, and a few less Terrans. I have at least as many Entomalians, but they all need painting. The detailed way I do them, they can be somewhat time consuming, but I'd like to start making headway on at least some of them!

I have the lead for a number of Austrian units that need to be painted as fill ins - 1 unit of German Grenadiers, 1 unit of Hungarian Line, 2 units of those OG Grenze in capes, 2 new units of Foundry Hussars (need command, maybe Alban?). I'd also like to add another 4 units of German Line in shako and a Jager battalion - thinking about Alban Miniatures for these. Nothing that I have to have to do for any given project though, but I do like painting Austrians!

I have a dozen or so figures already primed to beef my two Hessian infantry units up to a full 18 figures, plus plenty of spare Russians left over to paint. I need to add probably 4 more units of Line infantry, possibly "Marines" (just because they have green colors and cuffs piped white, an "exciting" variation from the sameness of Russian infantry in general. Another option is troops wearing the forage cap; we'll see, should paint the leftovers first!

I will need to add more figures (Eureka); In a post earlier this year I figured about another 70 figures to make enough for the Bergisel scenario. Still, I might vtry painting up a few units from what I have and see how that goes...

I will need to add more figures (Perry) to those I have in order to have table top ready armies; this is probably a project more for 2014 unless something motivates me to move it up in priority (hibt, hint).

We should be kicking this back off with a vengeance shortly, once Joe gets done reformulating the rules to a somewhat larger time horizon/distance scale more suited to countries than provinces. My own  nation,

La République de Bénéfice, which has a decidedly French Republican flavor, headed by none other than
Premier Contrôleur Rob S. Pierre, managed gain some modest territorial concessions from Ratlandia (including some much needed farmland) despite having suffered a minor loss in all the battles fought; the fact that my ally, Fartengas and I had ganged up upon Joe's country to the point where he must have conscripted every able bodied male in the land to hold us off for as long as he did was probably a factor in the allotments resulting from the Continental Peace Conference that ended the War of 1800. Of course, lingering resentment, avarice, and the need to play some games will likely soon lead to hostilities breaking out once again, perhaps in new configurations...

Thomas is proceeding apace with his TYW armies, and several of the HAHGS guys have ben talking about the Great Italian wars, so some P&S action may return. The nice thing here is that, while I do have some unpainted lead I could add to my collections, I have plenty of troops for the Renaissance and ECW, so no real need to paint to play!

I have started the always painful process of reorganizing my troops after bringing more than 1,200 of them to Fredericksburg and back. In so doing, I have been using the "Magic Wash" on some of my older Foundry troops, and it is proving a quick and easy update to those ealier paint jobs. You'll see some pictures of that next month, most likely. I may try it on a test unit of Minifig Austrians as well; the sculpts are quite different, so I dn't know if it will really work well on those older figures.

I still really want to tackle doing one of these grandiose multi table, multi room things (actual figures required is fairly small), and 1813 is probably the perfect setting. This would be a pretty full day affair, probably commandeering Thomas' home for the purpose (Hi Thomas!). The main thing is, to be worthwhile, you'd really need at least 6-8 players in order to really get the "Fog of War" effect, and of course then the date has to work for enough people to be able to come. May even be a post Historicon project for next Fall, but I think it would be a blast if enough people are interested!

So there you have it; just a short list, LOL. Anybody care to try to convince me where I should place the priorities?  :-)

Peter
Posted by Gonsalvo at 3:01 PM