Eric B. ran two games on Thursday set in Mexico in the era of the Maximilian Adventure in Mexico.  The first game was the Battle of Puebla in 1862, and the 2nd was San Isabel set in 1866. His own gorgeous 15mm figures were used, and Eric scratch built the Fortresses, hills, etc needed for the game.  Once again, I lack experience photographing 15mm games, and these shots don't really do the games justice; still, here they are! Eric is the author of several sets of wargames rules, including Din of Battle, 2nd edition (available from Piquet, Inc.). 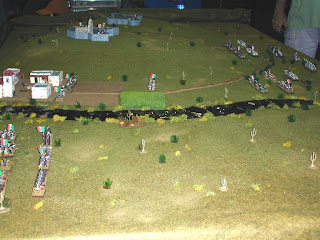 The Mexican forces are to the left, in the fortresses, village, and on the flank; the Europeans ( a very varied lot) are to the right. 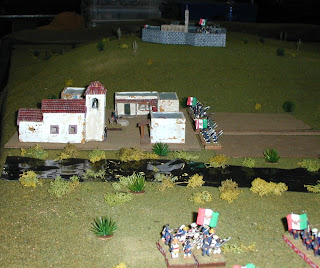 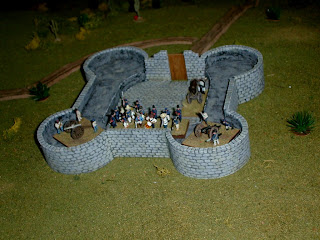 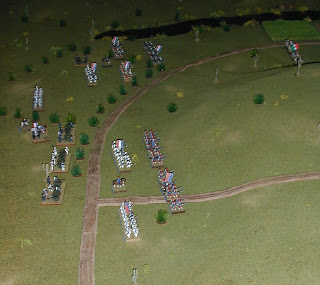 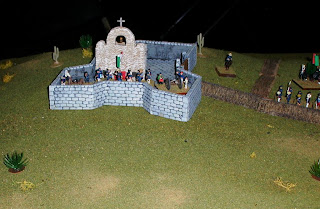 The mission and the defenders. 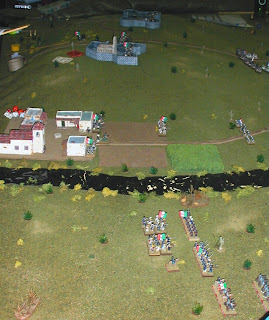 The Mexicans seized the Initiative early on... and advanced on their would-be assailants! 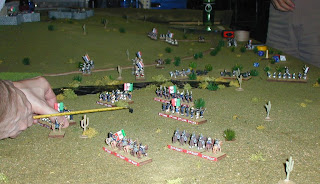 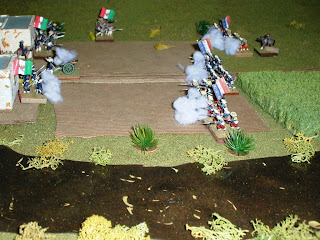 An exchange of volleys in the village area. 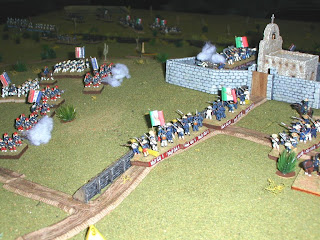 French attackers close on the Mission as well. 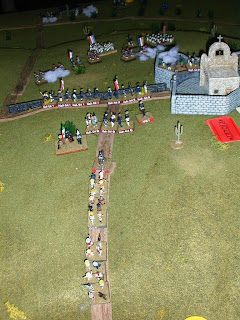 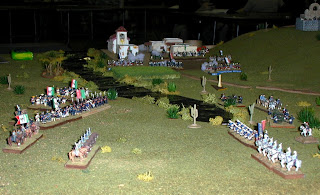 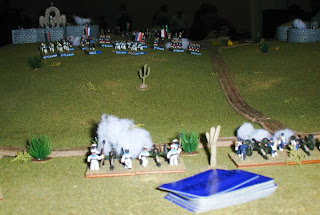 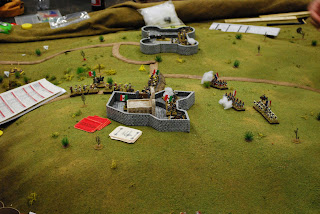 I think the Mexicans emerged victorious; this would after all, become the date of Mexican Independence - Cinco de Mayo!   I have no idea if any Tequila was consumed in the course of the game... but I would hope so! I was too busy with my own game to get any pictures of the 2nd battle, which I believe was quasi-fictional. Eric did a great job, but did look exhausted. Having put of two games in the same day myself on a number of occaissions, I know the feeling. Great work, though! Having done all the work already (see Eric's own blog) now, Hopefully Eric will run this one again at future conventions!
Peter
Posted by Gonsalvo at 12:06 AM