I just finished up the new Egyptian figures I got during the Black Tree Designs sale last month; the rest will come in time, which is fine as there is no rush. In the process, I decided that my Egyptian Generals and Heroes needed some decent names, so I grabbed a bunch of historical ones on line, trying to avoid those of Pharaohs as much as possible, especially the more famous ones,. and looking for those with some bad joke potential in particular. 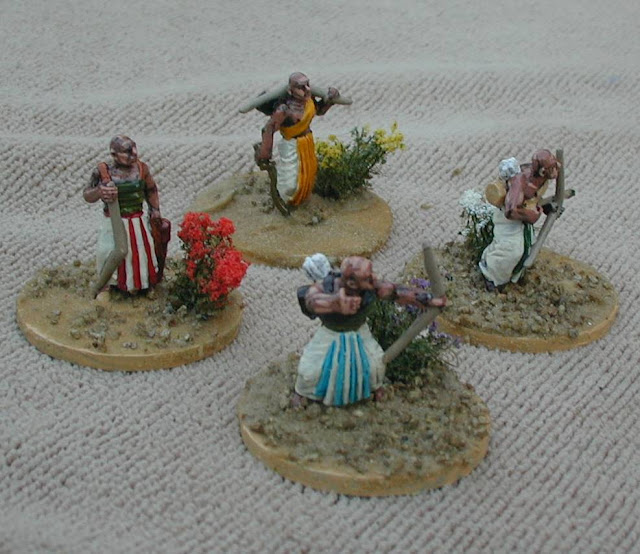 These are BTD "Egyptian Monks" A bit "Kung-Fu" inspired, perhaps? 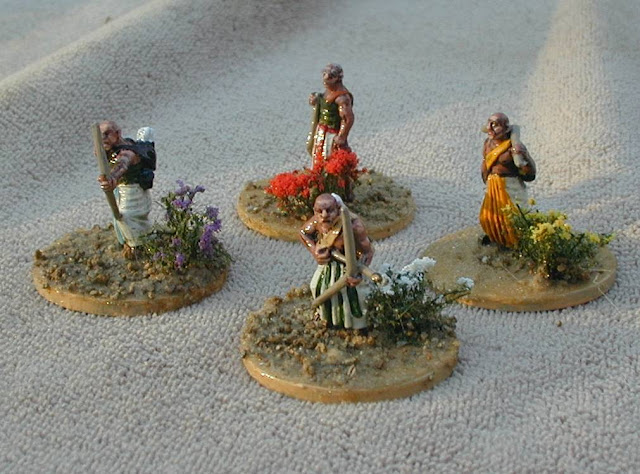 They will function as "Heroes" in "To the Strongest". 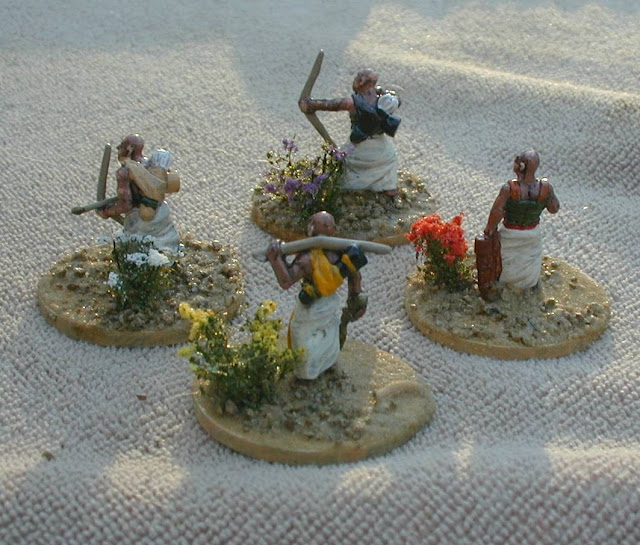 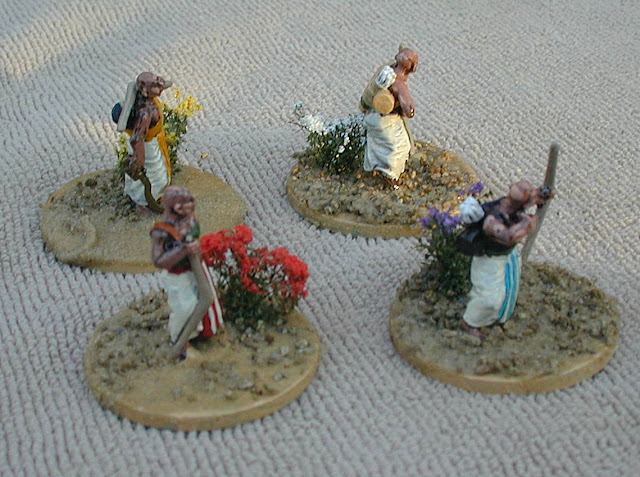 Can't you just hear Yoda saying "When the Force it leaves you, Dedumose be!" 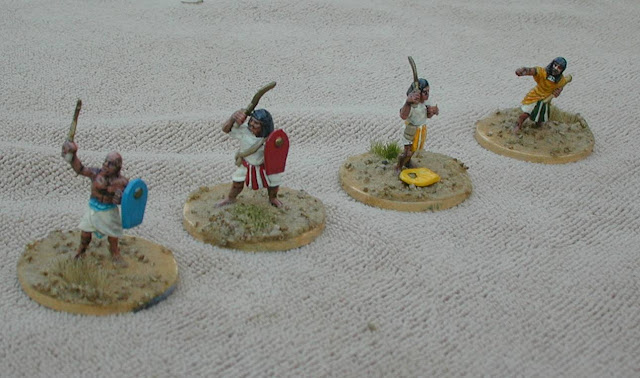 These are BTD Egyptian Sword Masters, plus an officer from a Command set. 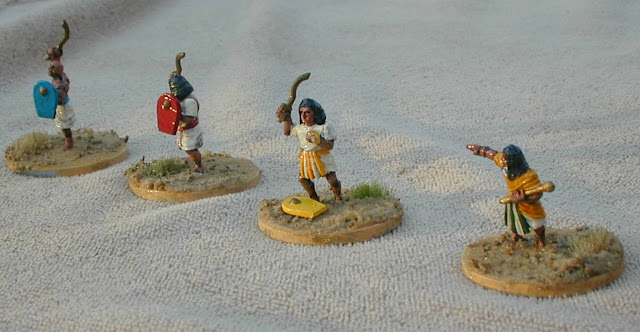 The Swordsmen have the classic Egyptian "Kopesh" curved bronze swords.  The dropped yellow shield was after three attempt to crazy glue it on all resulted in it falling off upon minimal handling.  I had to go back and scrape all the glue and paint and primer off the join; hopefully the last attempt succeeds in making a better adhesion than the first three! 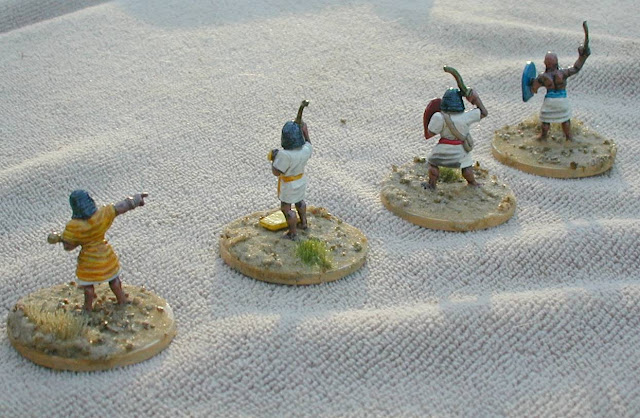 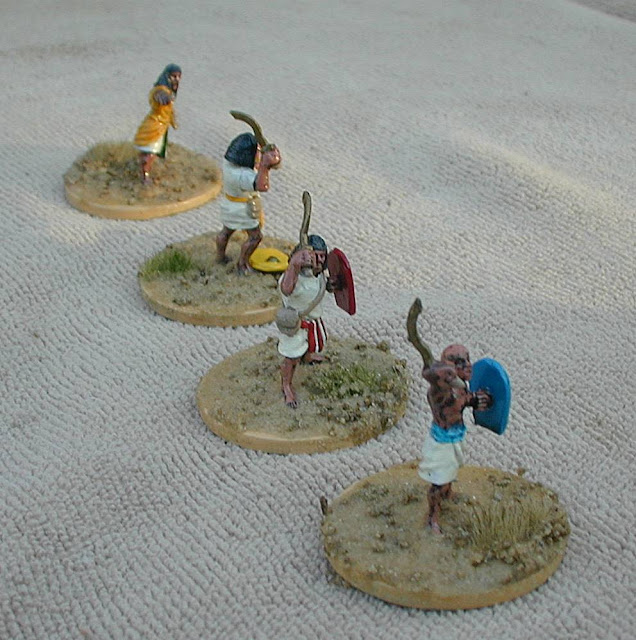 Hunefer was known for his Playmummy mansion, while Kheti was later made famous by The Big Bang Theory. You know, "Soft Kheti, warm Kheti... 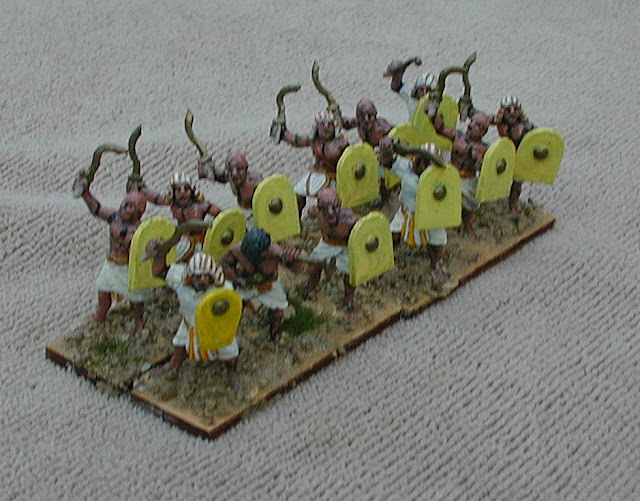 This is a unit of BTD swordsmen. once again armed with the classic Kopesh, augmented by a command figure (hornist) and a Swordmaster or two. 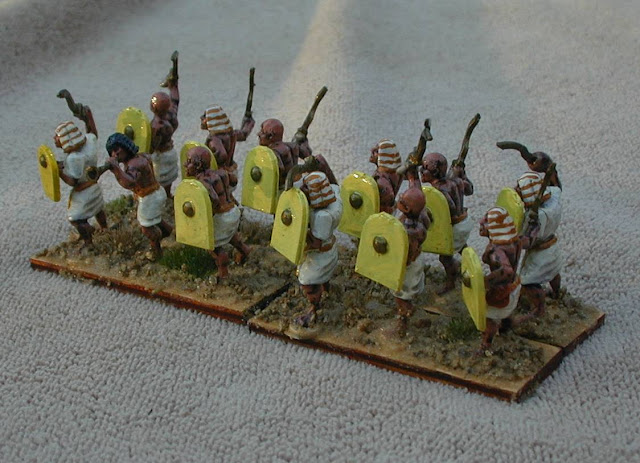 Their yellow accessories marks them as belonging to Division Ra in my scheme. 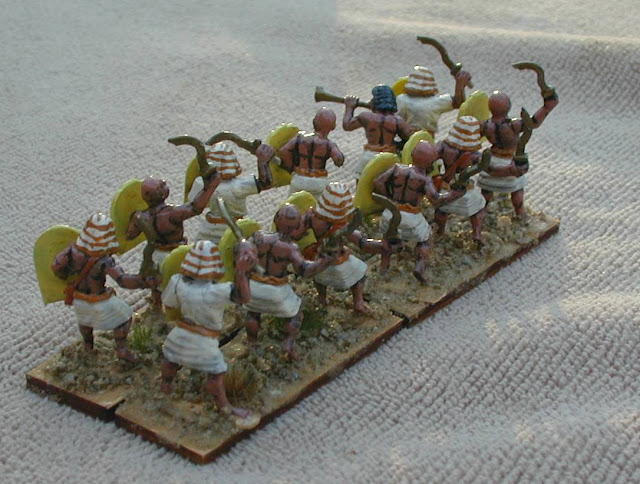 Other historical names I'm borrowing for my previously painted heroes and generals include Nefermaat, Pensekhemet, Rekmire, Senenmut (sounds kinda dirty, doesn't it), Osorkon (the Orc counter to Historicon, doubtless), Useramen, and Wennefer ("Wennefer-U need me, I'll be there"). 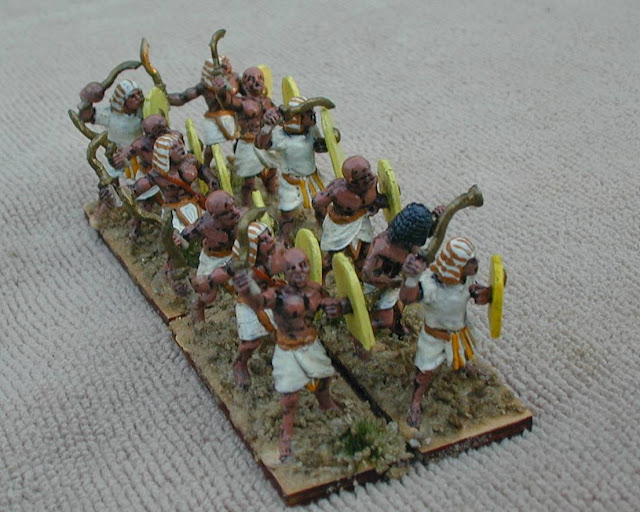 Like all Ancient Egyptians, it seems, these guys appear to have been serious gym rats, LOL! In any event, they should be on the table for a TtS game at Portal Con in Manchester, CT this Saturday.
Posted by Gonsalvo at 11:47 PM