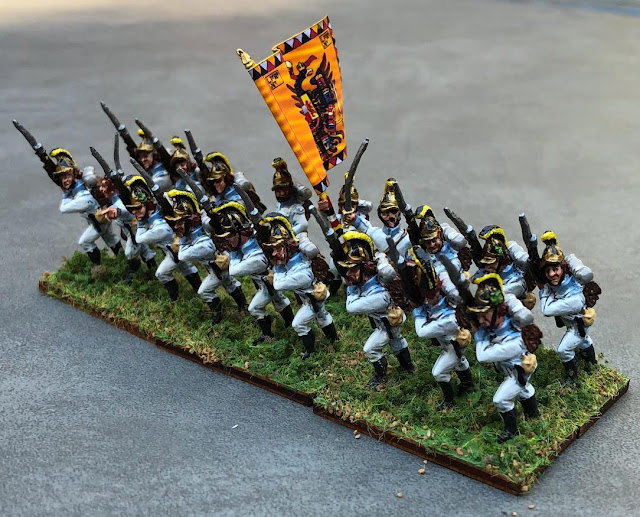 This is the first of five Austrian German Line regiments in helmet to march off the painting desk. 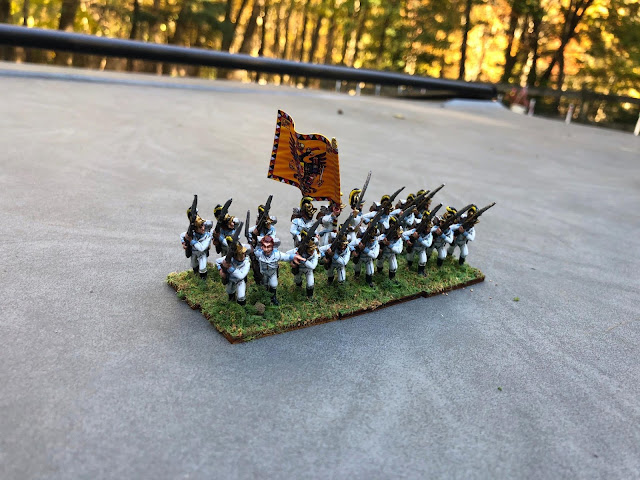 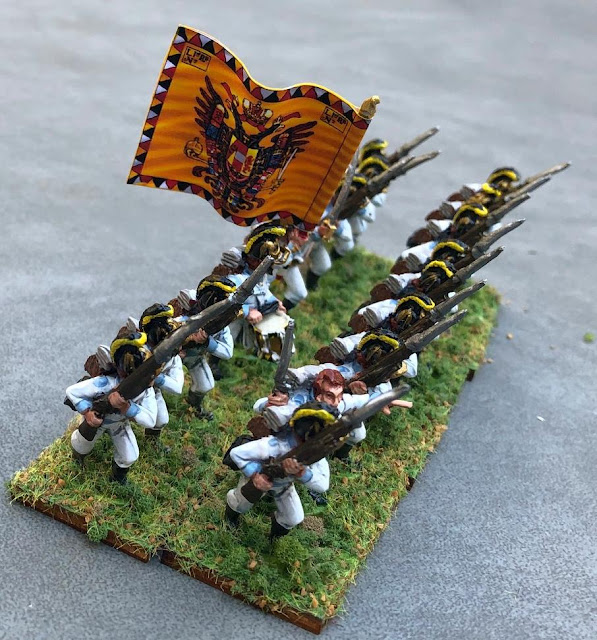 This was a Walloon recruited regiment originally; later, with the loss of the Hapsburg territories in the low countries, it was recruited in Galicia. 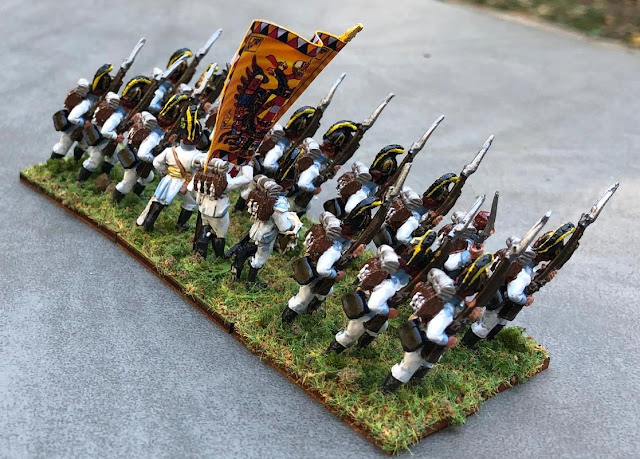 This regiment had hechtgrau (Pike Grey)  facings, a strongly blue-grey shade. The pictures make the hue look bit bluer than it actually  is. The real color is best seen on the turnbacks of the officer above. The regiment had brass buttons. 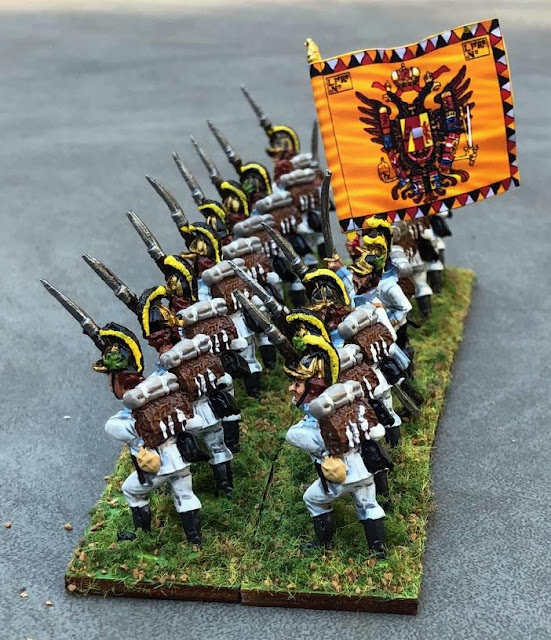 In 1809, it was part of the VII Corps and fought in the Polish campaign, including combat at Razsyn.
Old Glory figures. with Adolfo Ramos flags.