Back at the last Historicon in Frederiscksburg, in 2017. I acquired the somewhat insane amount of roughly 300 Old Glory Austrian Napoleonic Infantry for $100. It's been 2 years, and I just now decided to finally sort out exactly what I had on hand!  This was prompted by the 90 Austrian Line that I am painting right now, which will exhaust my supply of same, otherwise. While the bulk of the figures were in there original bags, there were quite a few more that were loose and somewhat mixed up. 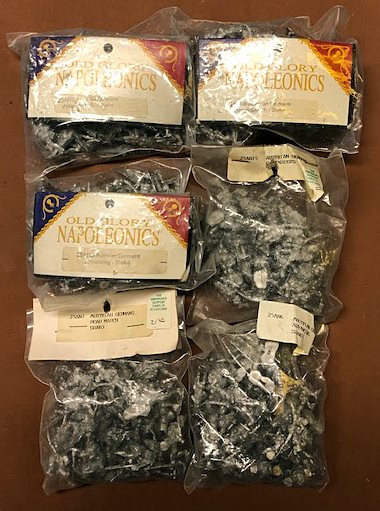 
Next, it was time to sort out the loose figures 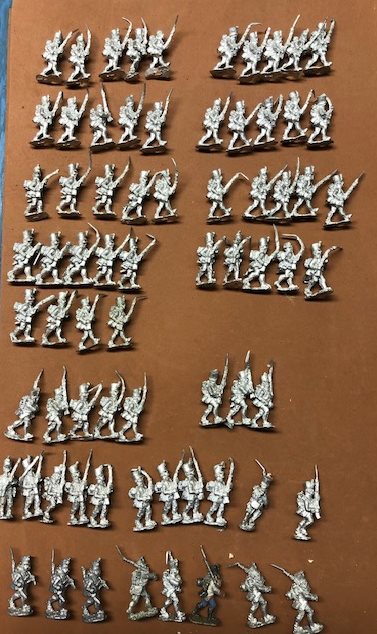 With my usual scheme (18  figures per unit), that's enough to make

I'd need to add 3 sets of Old Glory Line command (20 each) to have the necessary cadres... assuming I ever paint anywhere near that many of them! 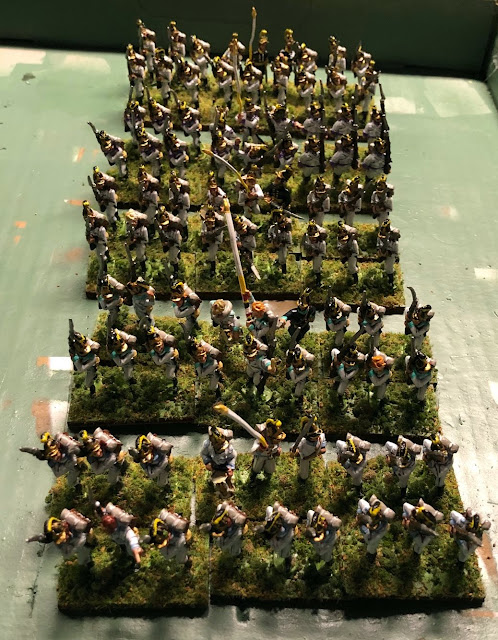 Still, I can paint a LOT of Austrians in a fairly short time; these 90 are nearing completion and will be appearing on the blog soon!  :-)
Posted by Gonsalvo at 8:32 PM