Part 3 of the Bill McHugh collection: The Sea Peoples

Along with the Hittites, and Assyrians in Bill's Brionze age collection were several units of the so-called Sea Peoples". These are among the best painted of Bill's troops, and really need little more than re-affixing some shields and  re-basing to my requirements to be table ready. 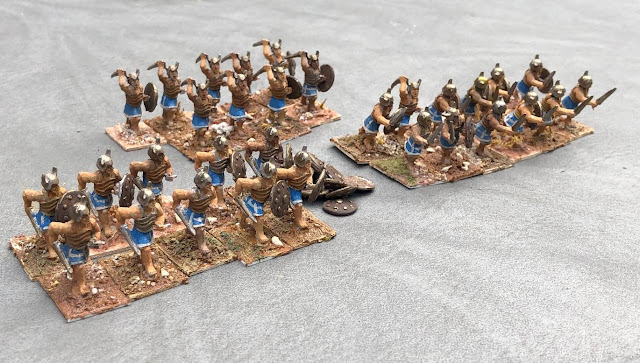 Sherdens, who were incorporated into the Army of Ramses II, and fought for Egypt at Kadesh. 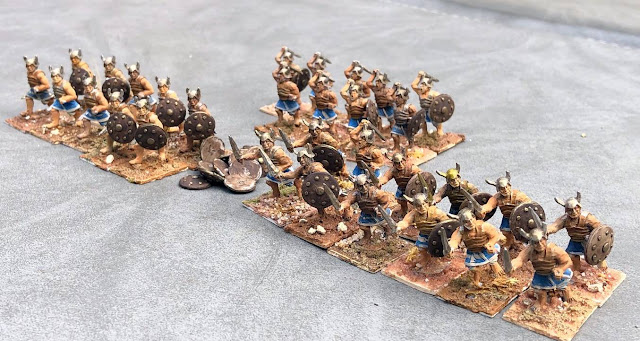 There are 31 figures, which will become either 2 units of 16 or three of 36, with the addition of some command figures or similar. I will probably change some of the shield colors to differentiate the units. 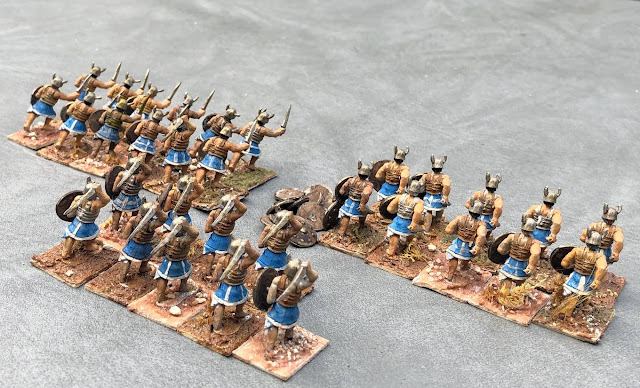 Nice job on the Tunics! Like all of the Sea Peoples, there origins are uncertain, one theory tying them to Sardinia.

The second lot are Peleset, often equated to Biblical Philistines. 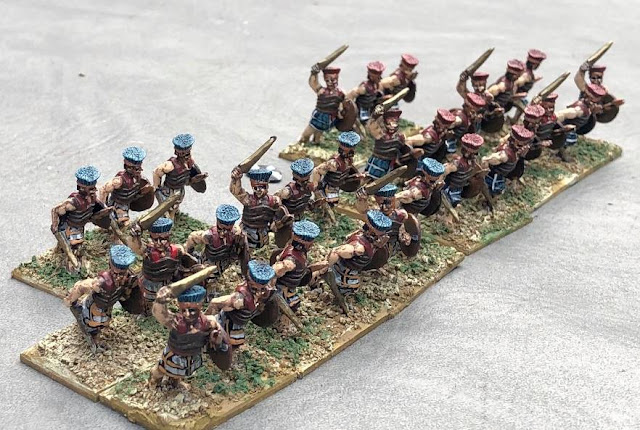 These are really well painted, with 15 figures having blue feather crests on their headgear, and  15 more having red. 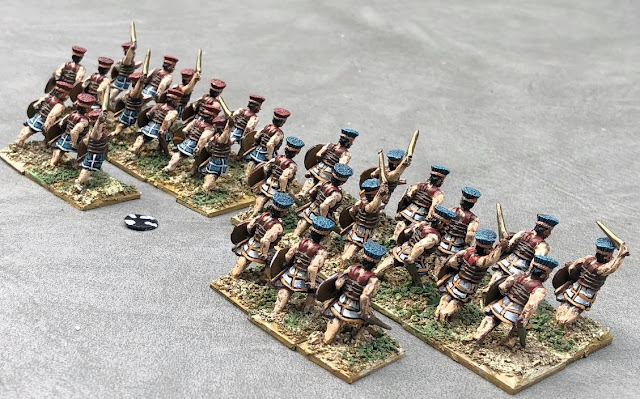 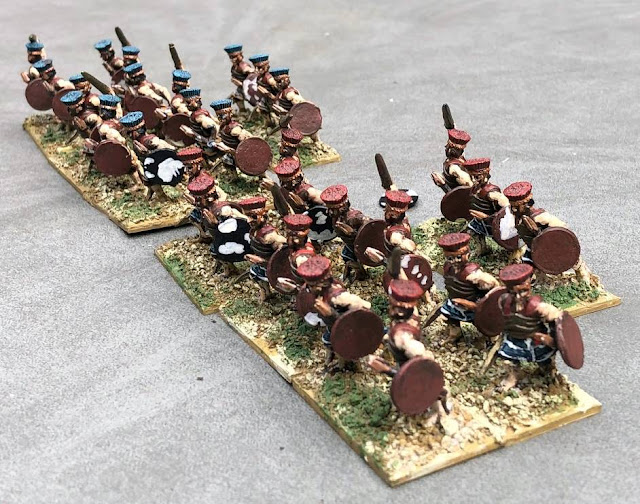 I am pretty sure I have enough spare Peleset figures (Old Glory) to add another six or so and make three units of 12 each. I think I have a pack of Ox Carts for them, somewhere,  too!

A short video about the Sea Peoples.