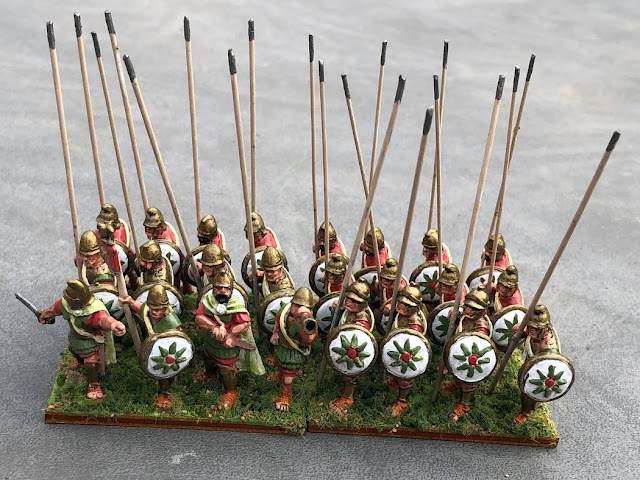 More than 4 years ago, I acquired a large set of unpainted 28 mm Macedonian Successor figures from a local gamer who had had them sitting around for years without getting around to doing anything with them. 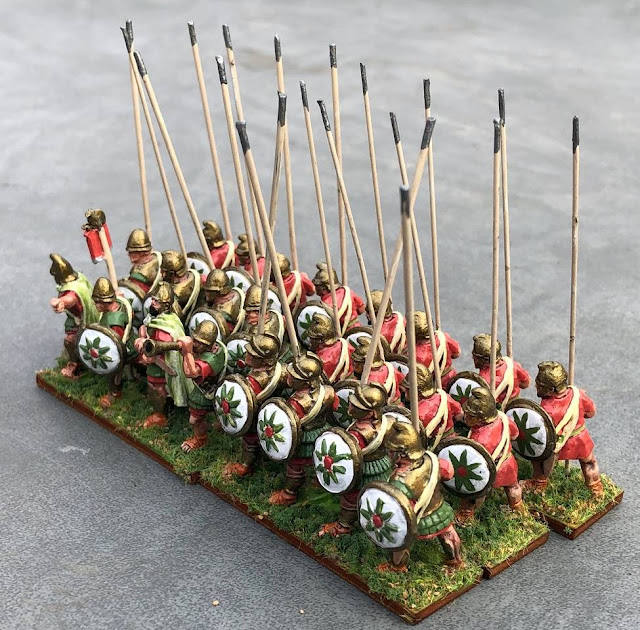 I glued 96 figures to my usual tongue depressor painting sticks, primed them, and painted the first phalanx of 24 figures almost a year later. 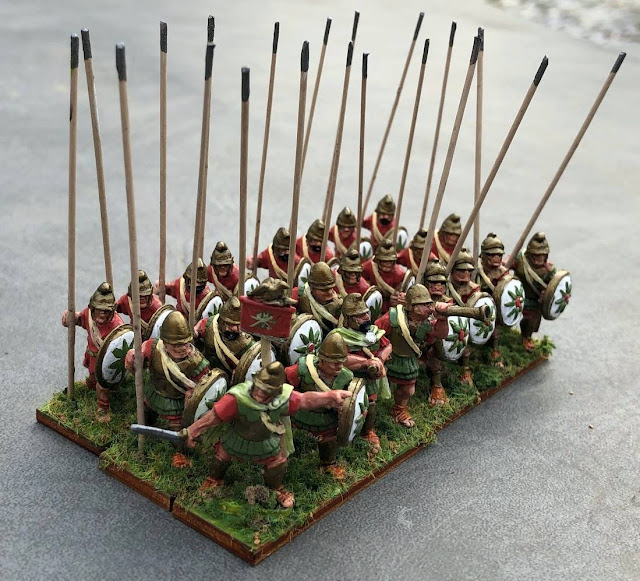 Thereafter, I made about as much additional progress as the original owner had, namely... nil! 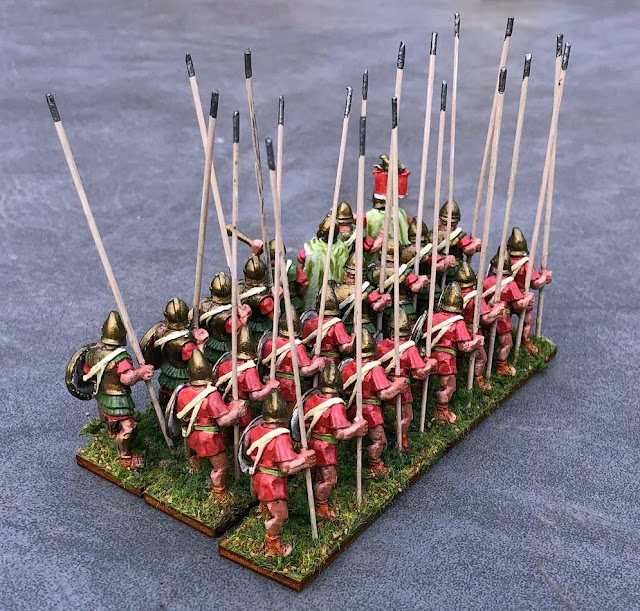 So, after several years where painting some of these fellows was in my plans, this month I finally did something about it! 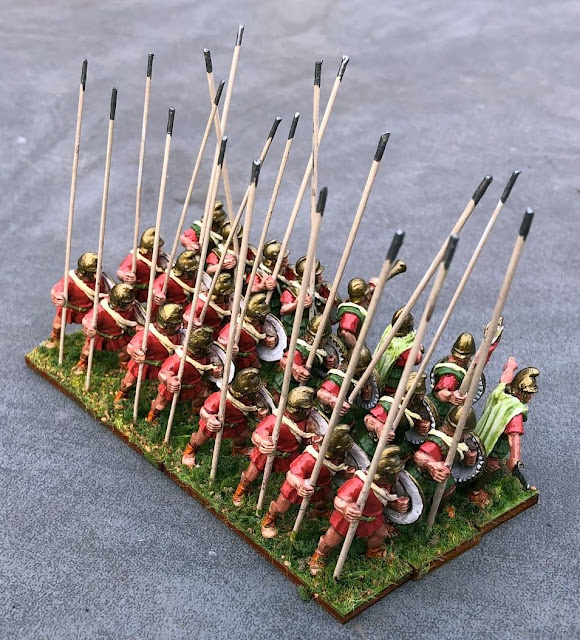 This red and green themed unit was finished, appropriately, on Christmas Day. These are A&A figures... I think. 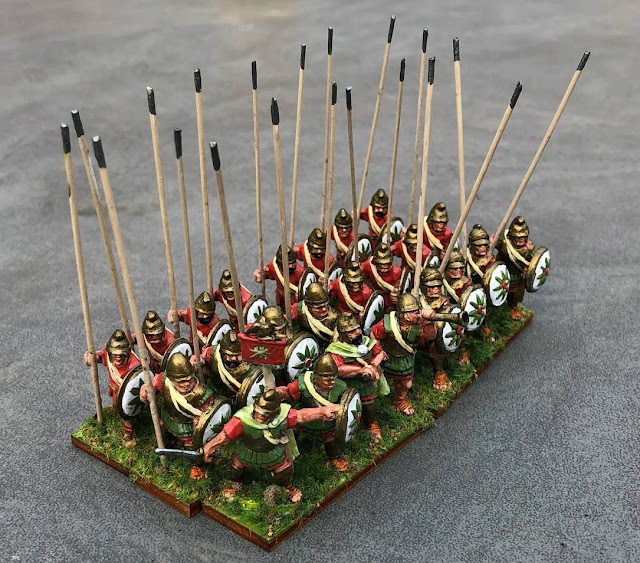 I cleverly named it the  πράσινο ( Prásinos) Phalanx, which is nothing more or less than Greek for "Green" - in the color sense, not lack of experience!
Posted by Gonsalvo at 10:41 PM