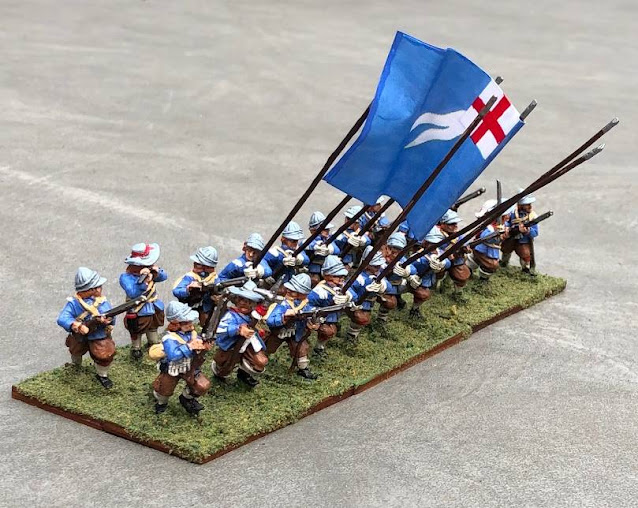 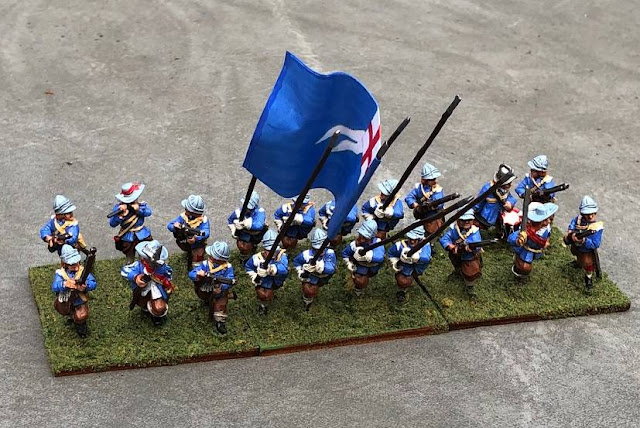 The regiment joined the Oxford army and fought at Edgehill on October 23, 1642. It later saw action at the storm of Brent fiord and Turham Green in November before entering garrison at reading in December, 1642. 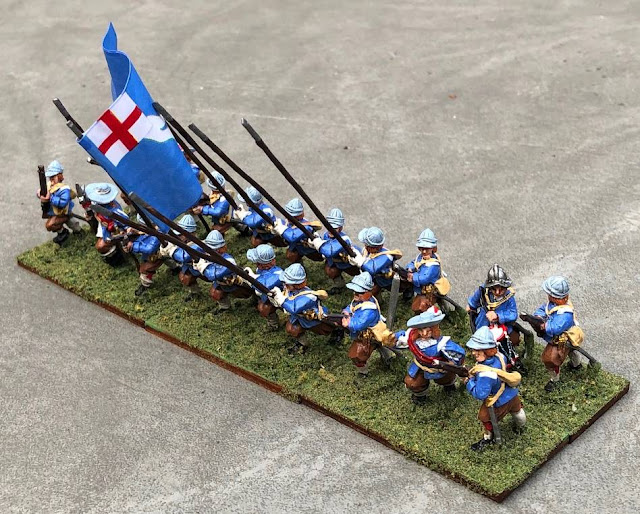 The regiment was besieged for 2 weeks in April 1643, and the Storm of Bristol in July, the Siege of Gloucester in August, and the First Battle of Newburry on September 20th. 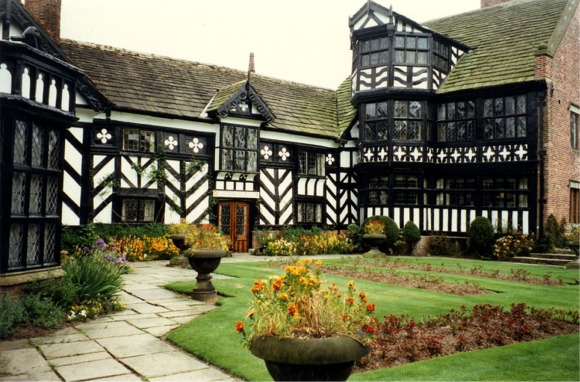 Gawsworth Old Hall in Cheshire, seat of the Fitton family; Edward was the 2nd (and last Baronet Fitton). 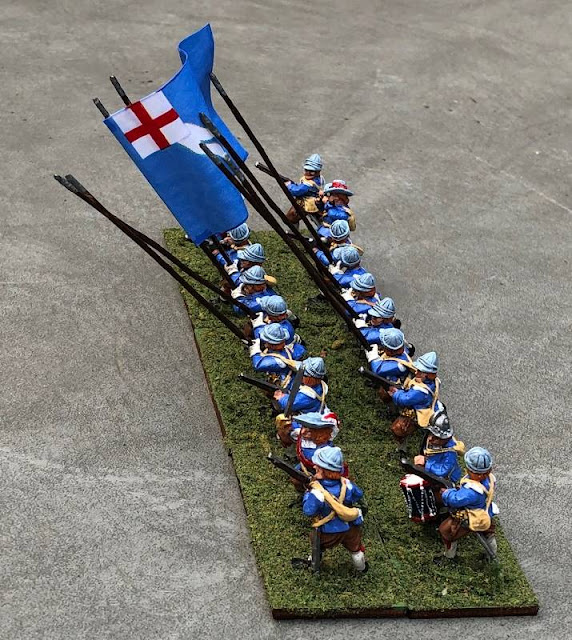 Sir Edward [assed away in later 1642, and command of the regiment passed to the Lt Colonel, Anthony Thelwall. 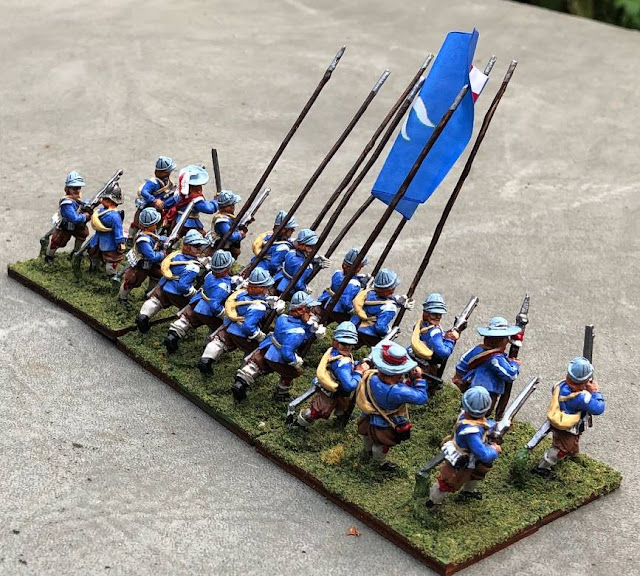 1644 was a busy year for the Regiment. It fought at Cheriton in March, Copredy Bridge in June, Lostwithiel in August, and the 2nd Battle of Newbury in October. 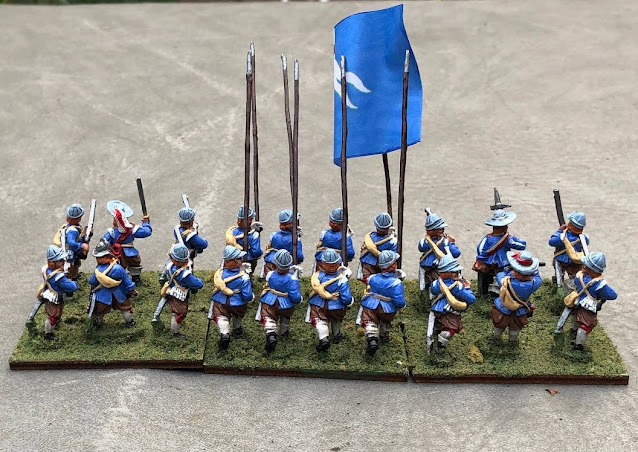 Garrison duty in Farringdon occupied the unit from November 1644 until March 1645. It skirmished at Bampton in the Bush in Ap[ril, and fought at Naseby in June of 1645. 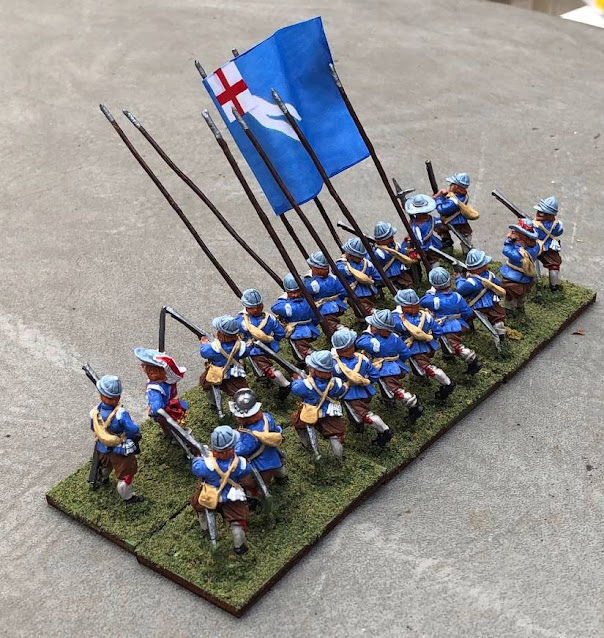 The regiment is believed to have worn blue coats from at least 1643. Information is taken  from the British Civil War project. These are Old Glory figures once again.

In April 1644, the unit was noted to have blue flags differenced by white pile-wavys.