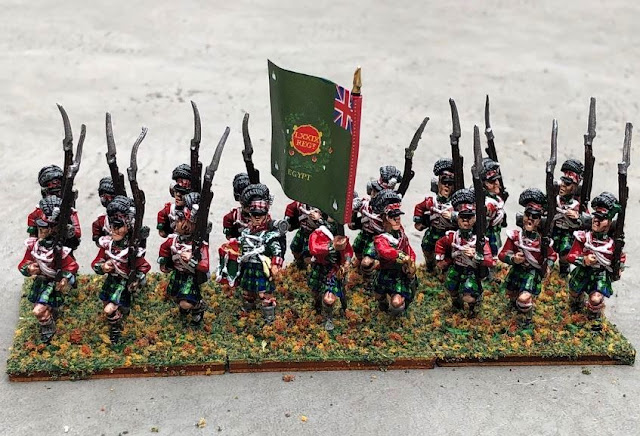 The 79th regiment of Foot was raised in 1793 as the 79th Foot - Cameronian Volunteers, by Sir Allan Cameron of Erracht. It prompltly saw action in Flanders under the Duke of York in 1794, and was sent to the West Indies fromn1795 - 1797. It participated in the invasion of Holland (now the Batavian Republic) in 1799, and an unsuccessful attack on Ferrol in Spain in 1800. 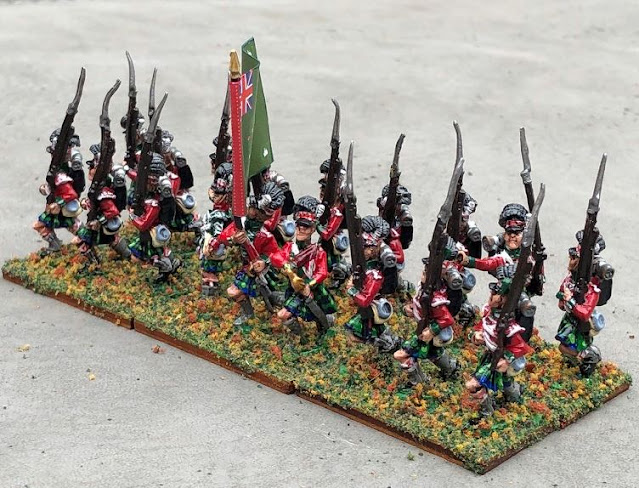 The regiment served in Egypt in 1801, entitling it to the Sphinx badge on its colors. In 1804 it was renamed the 79th Foot - Cameron Highlanders. It fought at the Battle of Copenhagen in 1807. 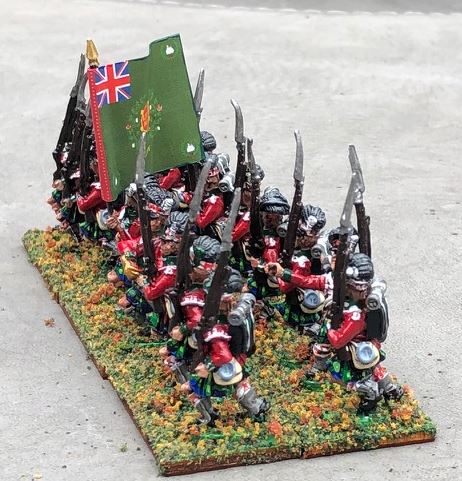 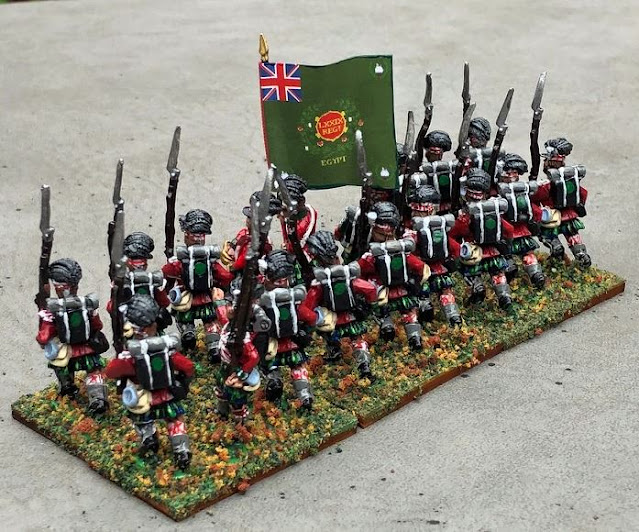 The Cameronians took part in the Hundred Days campaign in Belgium and France, fighting at Quatre Bras and at Waterloo. Out of  675 men, 103 were killed, and 353 more were wounded; the regiment was one of only four specifically cited by Wellington in his Waterloo Dispatch. 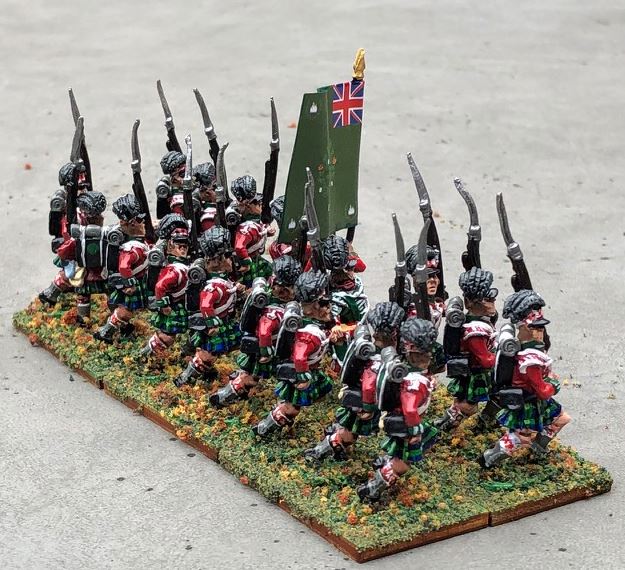 These are Old Glory figures, and hopefully the last regiment of Highlanders for me.. and though they do look grand with all the little details of Highland regiment dress, don't they?!
"March of the Cameron Men"