This scenario has been adapted for Field of Battle, 3rd edition, by Brent Oman, from that in the Early Peninsular War Scenario book for Over the Hills, by Jonathan Jones. We will be playing it at the gaming club for Jared's  school later this morning. Note that OTH uses variable battalion strengths; I have converted that to uniform strengths, which is why the number of infantry units is different from those shown on the map. 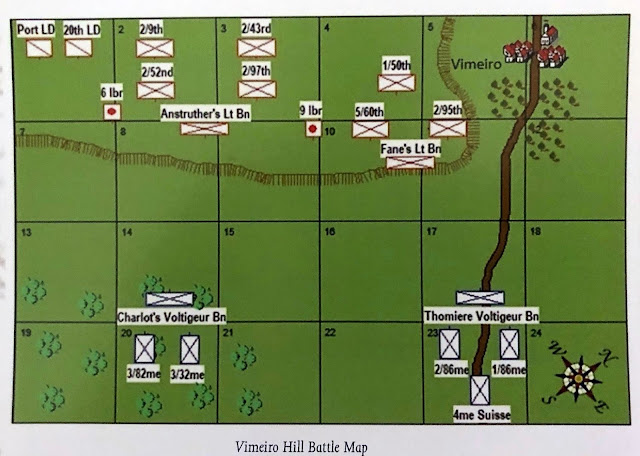 Map from JJ's scenario book is used as is.
Terrain Notes
Vimiero Hill is  Class II terrain. The crest line is about 12" in from the table edge. Most of the British are deployed on the reverse slope.
There are Vineyards before the Village of Vimiero, which count as Class III terrain for movement, Class II for cover.
Vimiero itself is a class III village.
The Woods in the left lower corner is Class II. There are fields (not shown) scattered in the open areas.
Background:  British forces under Wellesley have landed in Portugal to support the Portuguese and Spanish resistance to the invasion of the Peninsula by the French earlier in the year. The British repulsed a hasty attack by the French at Rolica on the 17th. Wellesey has deployed on a ridge line, protecting the landing of British reinforcements a short distance beyond his position.
Objectives: French- control Vimiero Hill and/or village, thus compelling Wellesey to retreat to the beaches, or break the British army.  British - prevent the above, or break the French army.

Overview of the battlefield as set up in my basement, British to the left, French to the right. 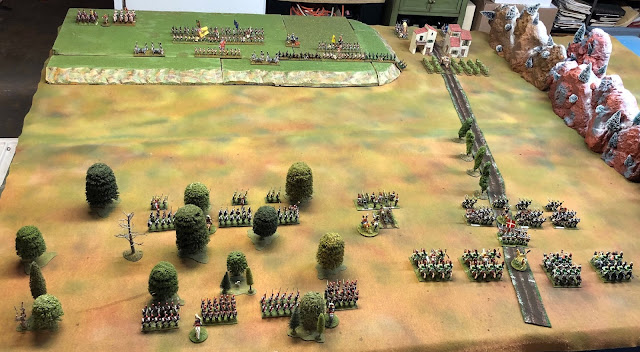 View from behind the French lines; with a 6 foot deep table, I have placed the reinforcements on the table as well.

Note: Kellerman, St. Clair, and Margaron start off table but may enter along the table edge in squares 20-24 on the first MOVE card 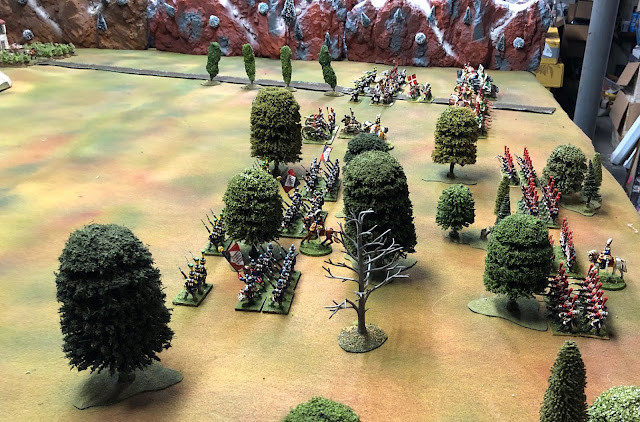 View of the French from their left... 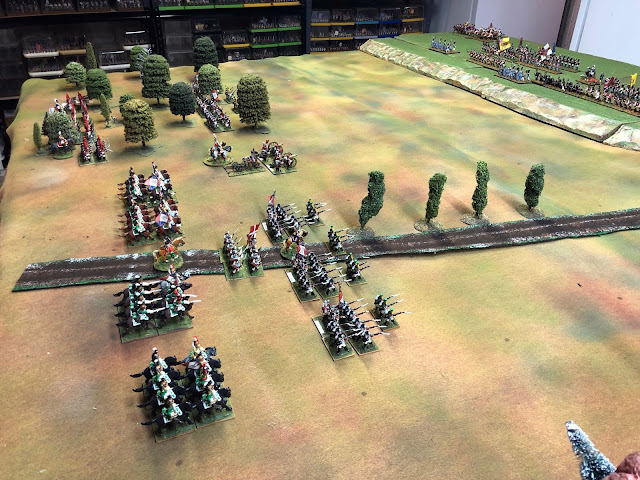 and from their right.

Note: Ackland's brigade enters along the road behind the village of Vimiero on the first MOVE card. 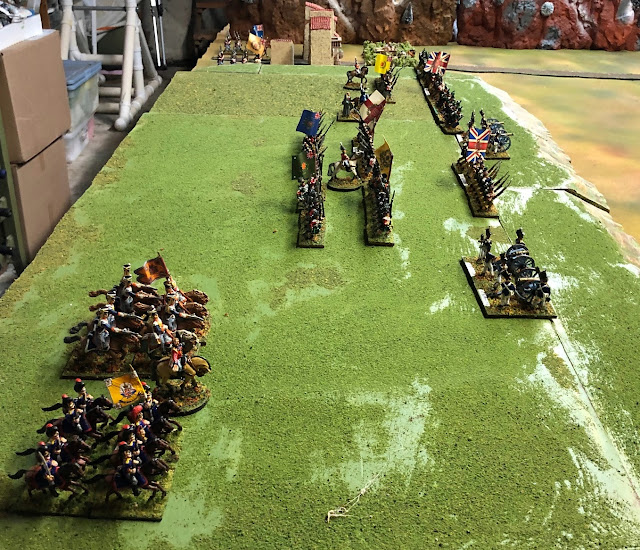 View of the British Deployment from their right... 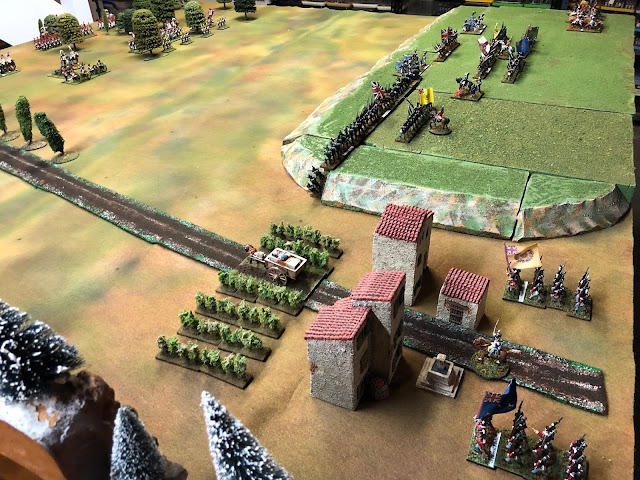 and from their left;  the troops in March column are the 2nd MOVE reinforcements.
Posted by Gonsalvo at 6:43 AM