Renaissance Reconnaissance, Part 5 - Box #9: Reiters and Elmeti, at the ready! 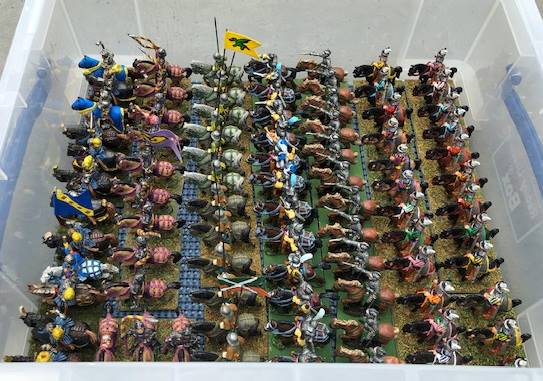 During the Great Italian Wars, Elmeti generally referred to heavily armored  cavalry, but not quite of the quality of Gendarmes, Knights, Household troops, Famiglia, etc. In my case I view them as Extra Heavy cavalry, but generally on horses without barding, especially metal barding. 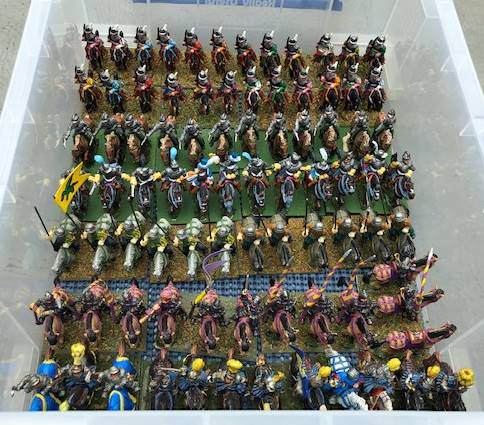 Reiters, on the other hand, arose late in the Italian Wars era  and extended well past that into the Wars of Religion. Initially, they were relatively lightly protected (mail shirts - as seen in the top 2 rows), and some carried short spears. Later they tended to 3/4 armor, but never barding (next 2 rows). They were specialist pistoliers, carrying 2-3 or more pistols, and, at least initially, using the Caracole. This could be effective against infantry with few or no missile weapons, but was generally hazardous when employed against aggressive enemy cavalry! 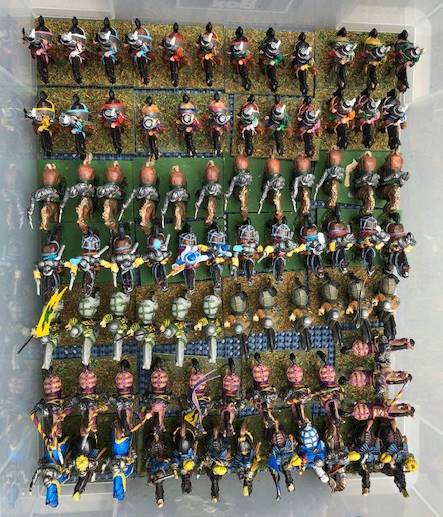