The Renaissance era saw the artillery become an essential part of the army for battles in the field, as well as vital for the conduct of sieges, which were numerous throughout the era.  To quote (totally out of context), my friend, Gavin Shanks,

"Nothing says 'I don't love you" quite as well as a big explosion. Says it all, really!" 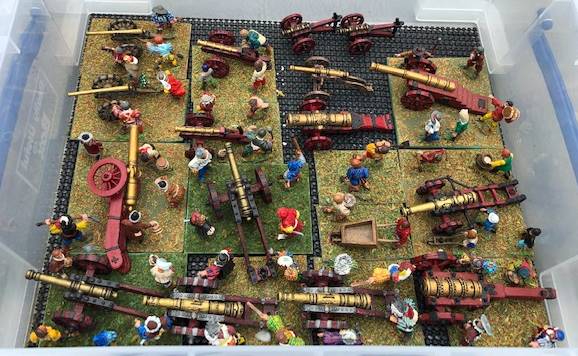 This box has about 70% of my Renaissance Artillery park. Guns at this time were anything but standardized in caliber, carriages, or anything else! 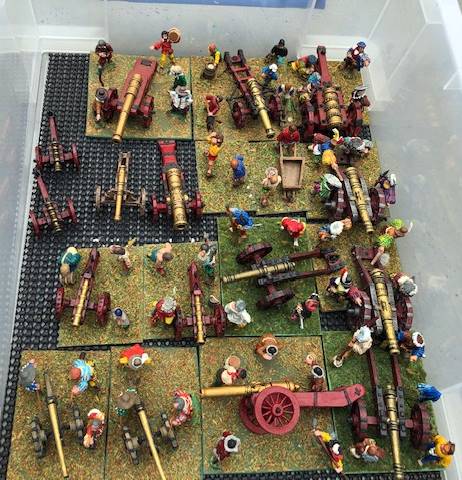 The ordonnance itself is an eclectic mix of Hinchliffe, Old Glory, Redoubt, and others! During the Great Italian Wars, the Marquis of Ferarra was especially well known for his fascination with cannon, and his substantial artillery arm contributed to the defeat of the Spanish at the Battle of Ravenna in 1512. 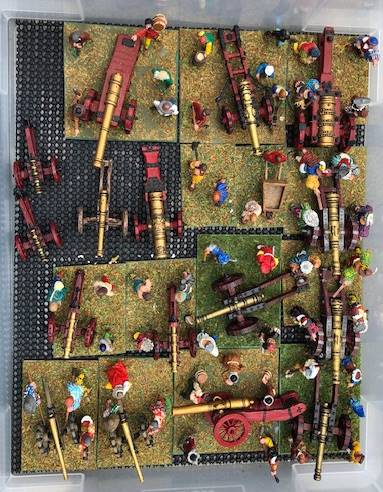 I count 16 guns and 51 crew; as you can see, I could use  more crew figures. Many manufacturers make few or no crew for this era. The crew figures are also Old Glory, Redoubt, and Hinchliffe... for the most part!