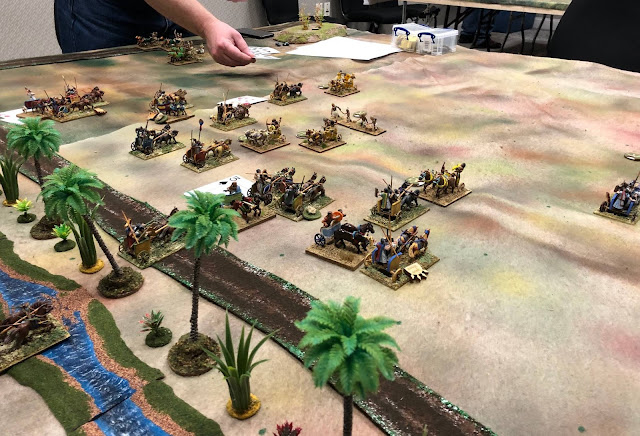 I ran the Battle of Kadesh Saturday AM; here the initial chariot ambush by the Hittites pveruns most of Division Re, as expected. . 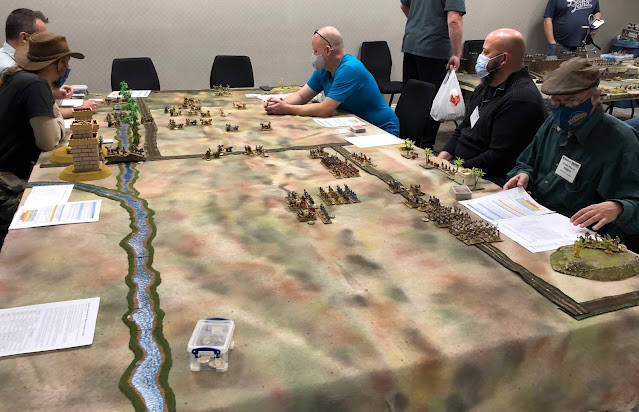 We had 5 players which worked out OK. I gacve Jeff (blue shirt), the only veteran player, command of doomed Division Re, and eventual reinforcements by Division Ptah. A second Egyptian player had Division Ammun's chariots and Infantry, and the third had the Pharoah's small command, plus the arriving reinforcements of Division Set. 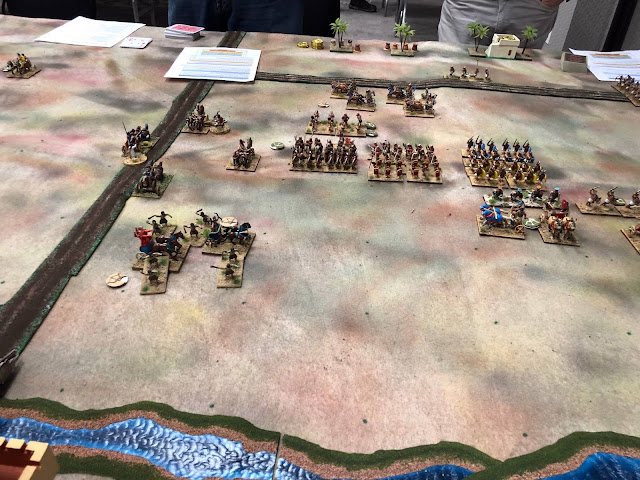 Following the successful ambush, the Hittite Chariot Reserve issued forth from Kadesh. They had some success of their own at first, but the superior numbers of Division Amun eventually defeated them. 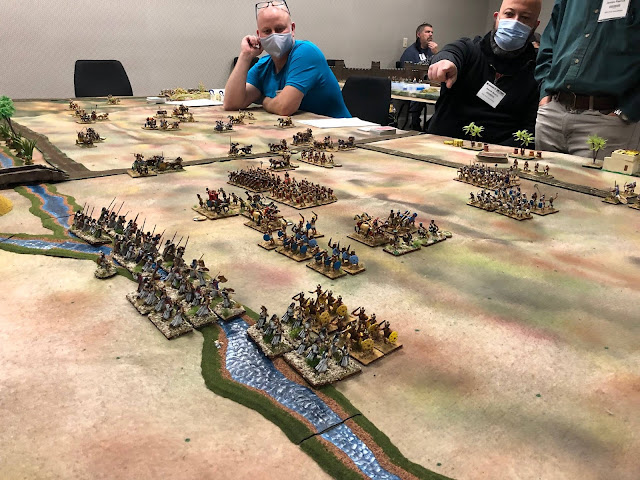 Jeff's remnants of Division Re (he managed to preserve several Light Chariots), reinforced by the arriving chariots of Division Ptah, was enough to stymie further action by the Hittite Chariot Divisions 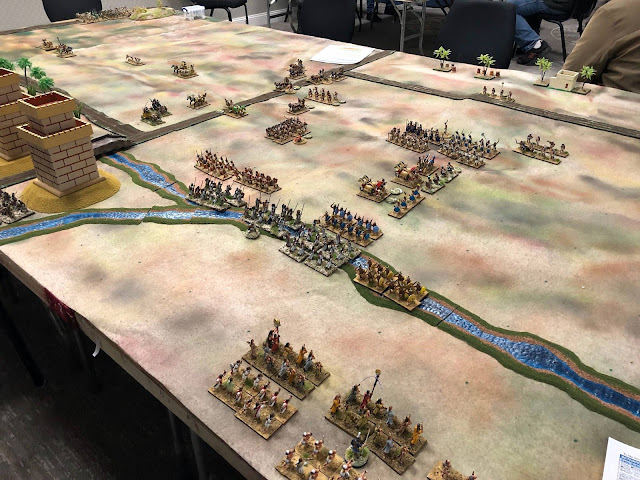 First one part and then the other of the Hittite Infantry finally marched onto the filed, and started to cross the river Orontes. Pharaoh Ramses II was happy to cheer on his elite Sherdan guards as they charged into and over them them.

With that, the Hittites lost their last Victory Medal, and called it a day. Thus the battle of Kadesh closely resembled Ramses' account, although the great man himself was only briefly in any real danger.